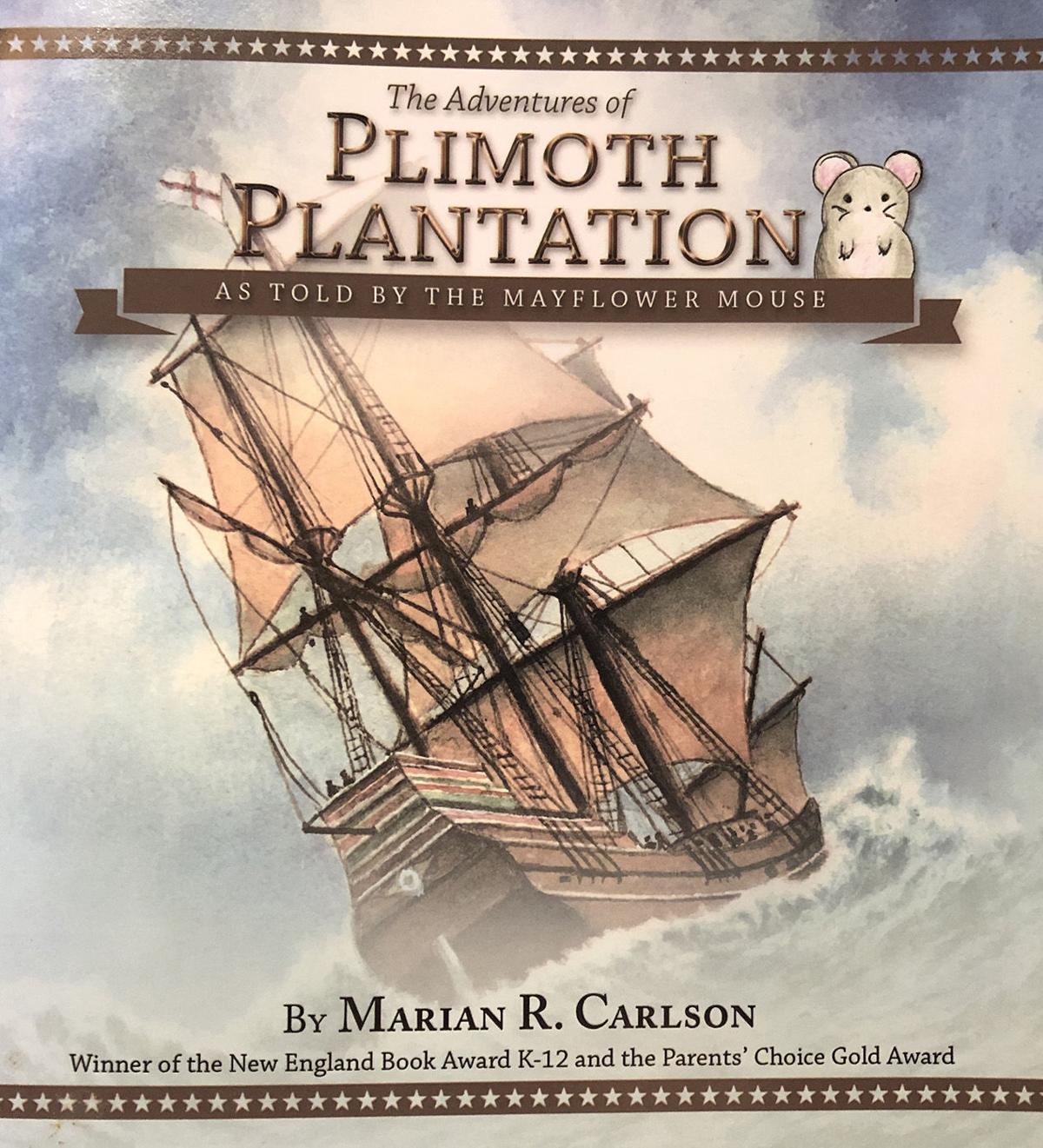 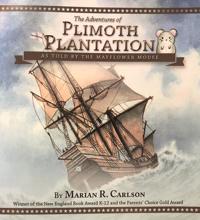 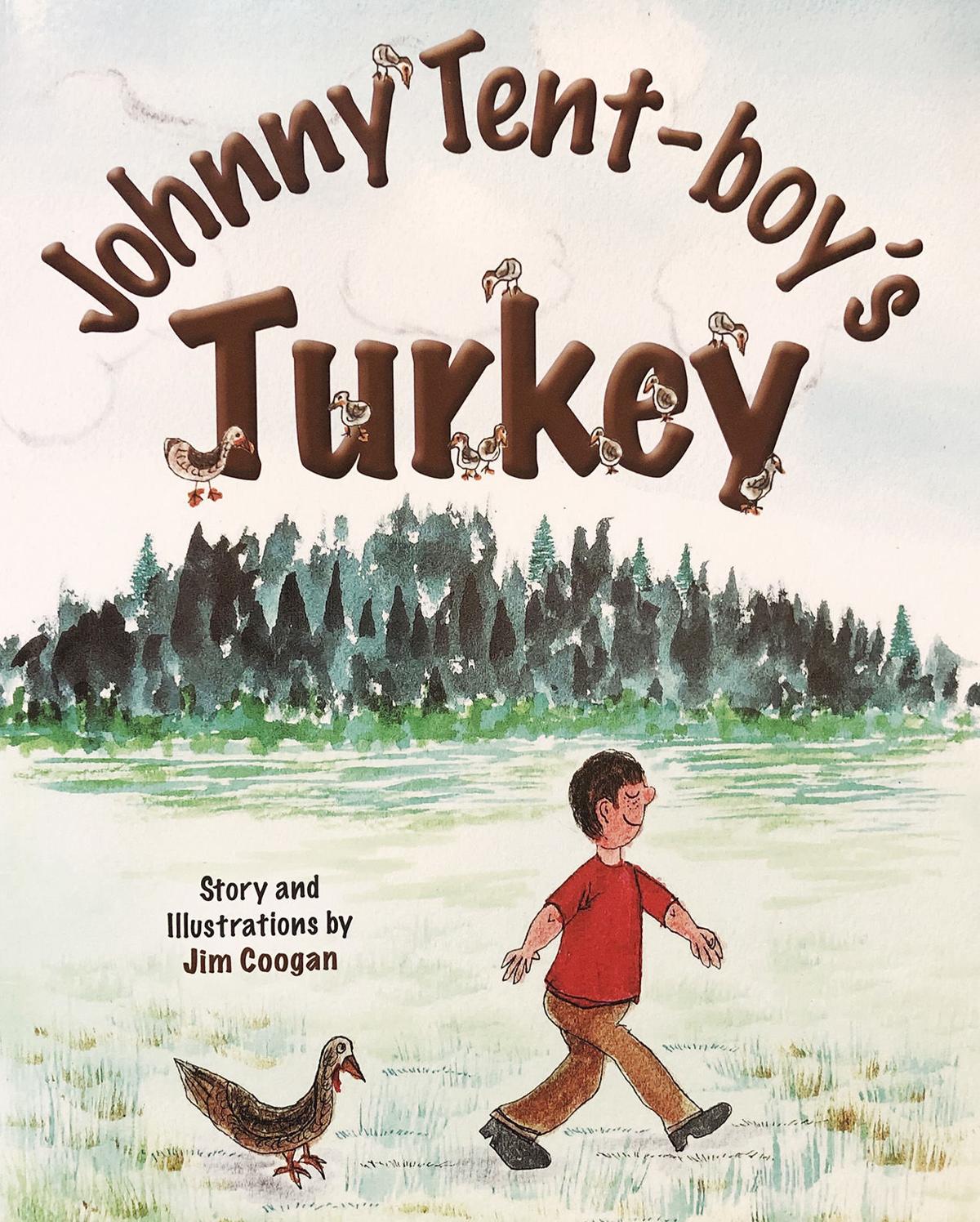 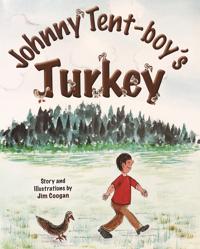 “Johnny Tent-boy’s Turkey,” a new book by Sandwich resident Jim Coogan, addresses the problem of year-round housing on Cape Cod with a heartfelt story about a young boy and an orphaned turkey.

“Johnny Tent-boy’s Turkey,” a new book by Sandwich resident Jim Coogan, addresses the problem of year-round housing on Cape Cod with a heartfelt story about a young boy and an orphaned turkey.

Just in time for the holiday, two new children’s books have been released featuring iconic Thanksgiving subject matter: turkeys and the Mayflower. And while one of the books isn’t about Thanksgiving per se, its theme of gratitude for a place to call home is one that’s acutely felt during this traditional time of gathering together.

“Johnny Tent-boy’s Turkey,” by Jim Coogan of Sandwich, is the story of Johnny, a 9-year-old boy who spends his summer living with his parents in a tent at a state park. With no children his age to play with and having to miss the final weeks of school, Johnny is doing his best to entertain himself by observing some of the park’s wild animal visitors when he comes across a turkey chick abandoned by its parents. After nursing the chick back to health and naming it Henry, both Johnny and his new pet look forward to new accommodations when his mother’s co-worker helps then find a new house to rent. While living in a tent might seem like a fun adventure to young readers, it is a disruptive reality for many Cape families.

In the same way young girls can now see themselves in Vice President-elect Kamala Harris, many children on Cape Cod can relate to Johnny and might feel validated at seeing someone in a story who is in a situation like theirs. Mr. Coogan doesn’t specifically set his book on Cape Cod, but it’s no secret that affordable housing and a dearth of year-round rentals are a huge problem here. For those children who have permanent homes, the book serves as an introduction to the idea of housing insecurity in an unthreatening way. Johnny is a regular 9-year-old who likes to ride his bike and is friendly and inquisitive. Realizing that we have more in common than different is one way to encourage empathy. Mr. Coogan’s folksy illustrations also add warmth to the story.

In his introduction Mr. Coogan reveals he based the story on his experiences as a state park summer worker and on some of the families he met on the job. “In a nation that promises so much, it is shameful that decent housing isn’t a priority,” he writes.

In addition to “Johnny Tent-Boy’s Turkey” Mr. Coogan is the author of several children’s books including “Clarence the Cranberry Who Couldn’t Bounce,” “I Saw a Sea Monster, Yesterday I Did!” and “Cecelia the Seal Gets a Meal.” A retired public school teacher, Mr. Coogan is a columnist for several Cape newspapers.

Marian Carlson’s “The Adventures of Plimoth Plantation As Told by the Mayflower Mouse” is a traditional book about the origins of our seasonal celebration. The story is told from the perspective of Samuel Mouse, a diminutive passenger on the Mayflower whose diaries are being read to his present-day descendants. Sam covers a lot of history in 48 pages, including straightforward accounts of the Mayflower’s departure with its cargo of Separatists and Strangers bound for an already established settlement in Virginia.

Using mice to relate the adventure is an appealing story device. Mice are small and can adeptly both stow away and observe goings-on undetected. Children are also small in stature and thus relate to mouse protagonists.

In addition to recounting the story of the Pilgrims using the narrative of Sam Mouse, there are several passages from Governor William Bradford’s own journal.

Lively drawings by the author’s 12-year-old granddaughter, Emma Wildfeuer, are interspersed throughout the book along with historical illustrations from the Pilgrim Hall Museum including “Mayflower in Plimouth Harbor,” “The Landing of the Pilgrims” and “The First Thanksgiving” by artists William Halsall, Henry Bacon and Janice Brownscome, respectively.

A new baby, cracked timber and arriving off course in the New World are among the real adventures faced by the Pilgrims while still onboard the Mayflower. Sam Mouse also includes the appropriation by the Pilgrims of corn buried for safekeeping by the Native Americans, the signing of the Mayflower Compact and, of course, that first harvest celebration that was the inspiration for Thanksgiving. Familiar names are heard from in addition to Governor Bradford, including Captain Miles Standish, John Carver, Squanto, Samoset and Chief Massasoit. The book is informative but not too dense.

At the end of the book, Ms. Carlson suggests places to visit to learn more about the Pilgrims and their Native American contemporaries, including many Cape locations: First Encounter Beach in Eastham, Atwood House and Museum in Chatham and the Mashpee Wampanoag Museum in Mashpee. The sites are all part of the Cape Cod Pilgrim Landing Trail.

Traveling might be out of the holiday equation this year but, thankfully, curling up with a good book is still an option.