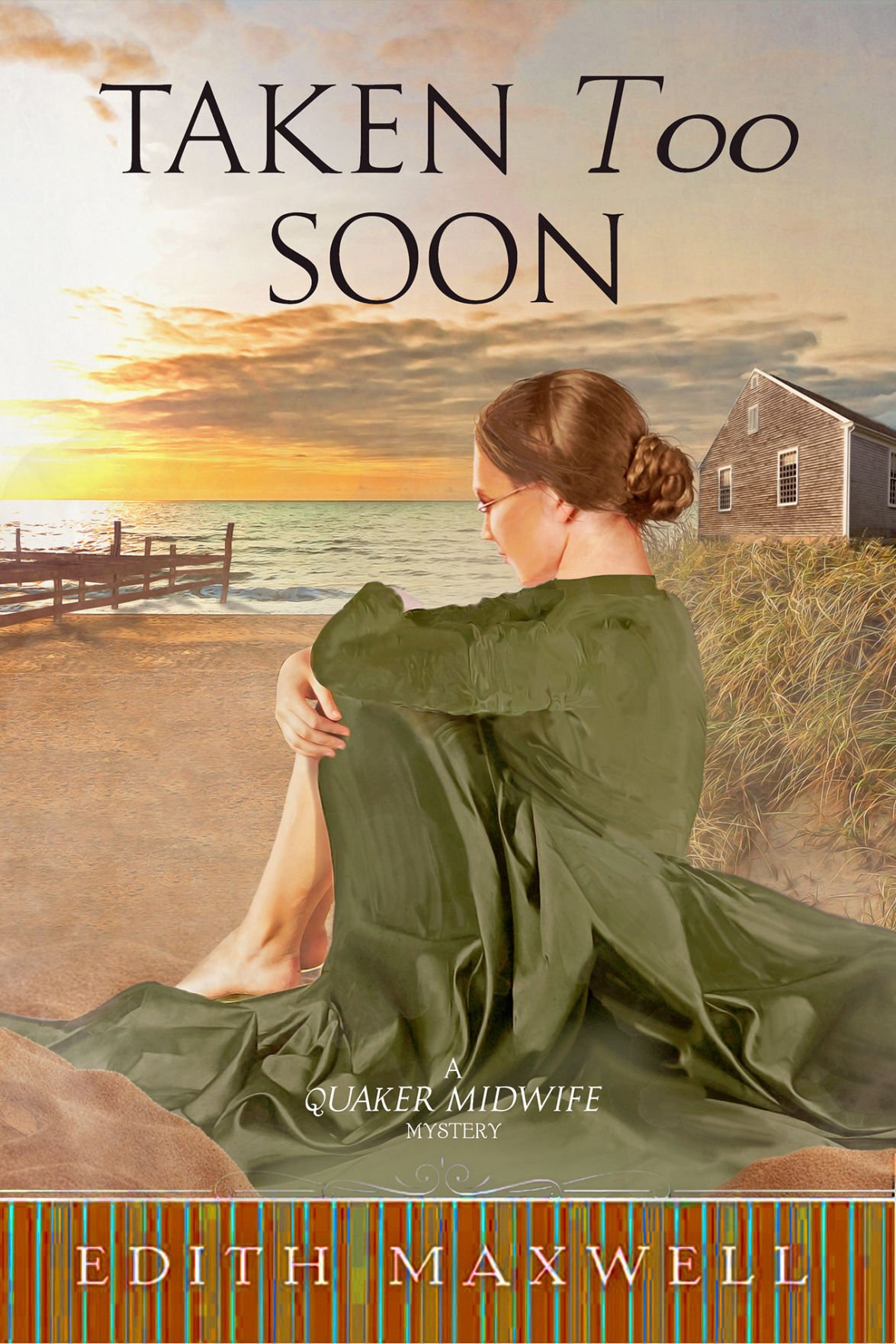 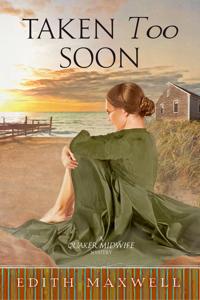 “Taken Too Soon” is book number six in Edith Maxwell’s Quaker Midwife Mystery series. It is set in West Falmouth. 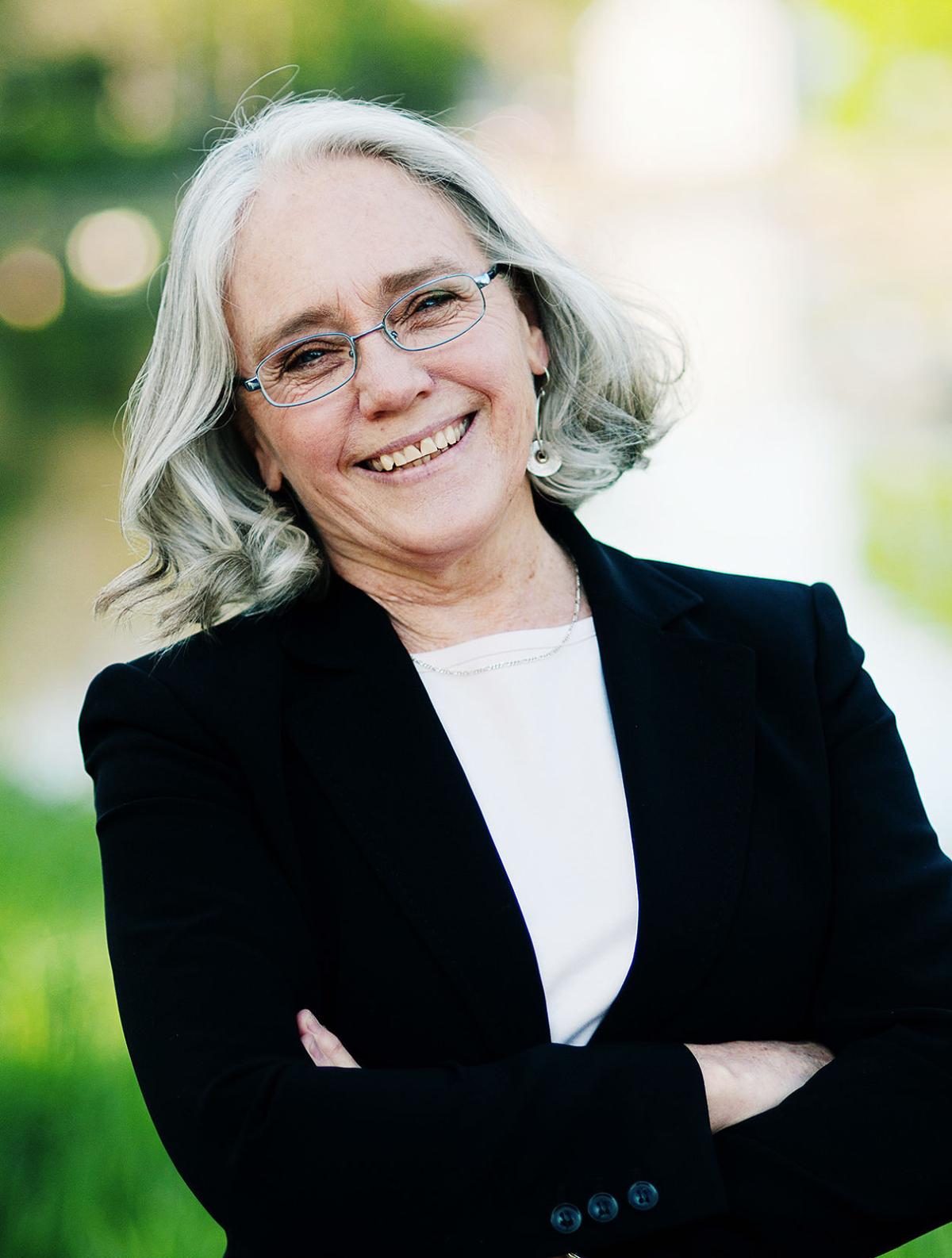 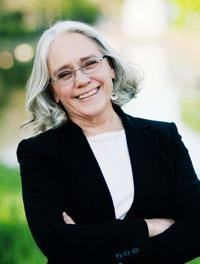 Edith Maxwell is the author of 22 mystery novels, many set locally.

“Taken Too Soon” is book number six in Edith Maxwell’s Quaker Midwife Mystery series. It is set in West Falmouth.

Edith Maxwell is the author of 22 mystery novels, many set locally.

Quaker midwife Rose Carroll has just wed her beloved David as the novel “Taken Too Soon” opens—the happy couple greeting family and friends at their wedding reception. A honeymoon trip to West Falmouth becomes a mystery in need of solving, however, when Rose’s maiden aunts send a telegram with the unhappy news that their teenage ward, Frannie, has been murdered. Was David’s shifty brother Currie, who now resides in Woods Hole, somehow involved, or perhaps one of Frannie’s suitors?

Set in the late 1880s, “Taken Too Soon” is the sixth novel in Edith Maxwell’s Quaker Midwife Mystery Series that launched in 2016. The book was released this month. The first book in the series, “Delivering the Truth,” was chosen as the Town of Amesbury’s all-community read in 2016, while the fourth book, “Charity’s Burden,” received the 2019 Agatha Award for Best Historical Mystery.

An Amesbury resident, Ms. Maxwell will be part of a virtual book talk sponsored by the West Falmouth Library on Tuesday, October 13, at 7 PM.

Ms. Maxwell said she has been interested in writing since she was a child, but she set fiction aside for other types of writing, namely academic and technical documentation. When she finally found the time to get back to it she chose mystery writing, specifically “the kind of mysteries I love to read, those with a female amateur sleuth.”

“I don’t want to read noir or nail-biter thrillers. Our world is scary and messy enough. When I’m finished reading a book, I don’t want to feel worse about society. That’s what I write, too,” she said.

The spark that started the Quaker Midwife Mystery was lit when Ms. Maxwell learned about the 1888 Amesbury fire that destroyed much of the town’s carriage industry. In a short story Ms. Amesbury wrote about a Quaker mill girl who solved the mystery of what started the fire. After the story was published in 2013 collection of Best New England Crime Fiction, Ms. Maxwell found the characters and setting did not want to to go away. She said the character of Rose “popped into my head kind of full-grown,” adding Rose is a perfect amateur sleuth for a number of reasons: “She didn’t grow up in Amesbury, and she’s a Quaker, so she’s an outsider, which makes it easier for her to ask nosy questions. She hears secrets from laboring women and can go places the police never can: women’s bedchambers. And she has a strong sense of justice and equality that serves her well.”

Originally from California before moving to Amesbury in 2012, Ms. Maxwell said she became familiar with West Falmouth through several years of renting the Quaker retreat cottage during the off-season from West Falmouth Friends. “After I learned about the preponderance of Quakers who settled the town, I knew I wanted Rose to visit. The West Falmouth Public Library was generous with reference materials, West Falmouth Friends lent their books and knowledge, and I visited the Woods Hole Historical Society as well as the one in Falmouth,” she said, adding she also extensively read “The Book of Falmouth” as part of her research and visited town in the fall to “absorb the light, what was blooming and which birds were around, so I could write accurately.”

Up next on her writing schedule is book number 10 in her Country Store Mystery series, tentatively titled “Deadline Donut Hole,” and after that it will be book four in the Cozy Capers Book Group Mystery. Ms. Maxwell has already completed and turned in the next book featuring Rose Carroll, titled “Thus It Is,” which will be released next April.

A focused writer, Ms. Maxwell said she is at work in her home office every day but Sunday by 7 AM. “I plot only when forced,” she said, adding she prefers to write organically, “following my characters around and writing down what they do.”

Among her inspirations, Ms. Maxwell said, she was brought up on mystery fiction from her mother’s extensive library as well as her local public library, among them Agatha Christie, Arthur Conan Doyle, Erle Stanley Gardner, Ngaio Marsh and Edgar Allan Poe. “These days I aspire to write as well as New Englanders Hallie Ephron and Julia Spencer-Fleming. Hallie is a master at suspense and storytelling. Julia’s characters are so deeply drawn you feel like you know them, and her plots keep you on the edge of your seat. My five blogmates at WickedAuthors.com are all also excellent crafters of a mystery you don’t want to put down,” she said.

Ms. Maxwell said fans of the series have let her know they appreciate learning a bit of history as well as about Quakers and childbirth from her novels: “In each of my books, historical or contemporary, I want people to fall into the story and forget everything else for a time. Reading can be a deep respite when life is hard. I also hope my readers come away knowing that justice has been served. That people can act honorably and with integrity and be rewarded for that. And that crime against others, especially homicide, has serious consequences.”

Advice for other writers included finding your tribe and joining a group of writers, especially writers in your genre or field. “These days critique groups, conferences, workshops and courses are all being held online, so geography doesn’t matter as much,” Ms. Maxwell said, advising would-be writers to keep their rear end in the seat and their fingers on the keyboard. “You can’t fix a book you haven’t written, and you can’t sell a book you haven’t polished.”