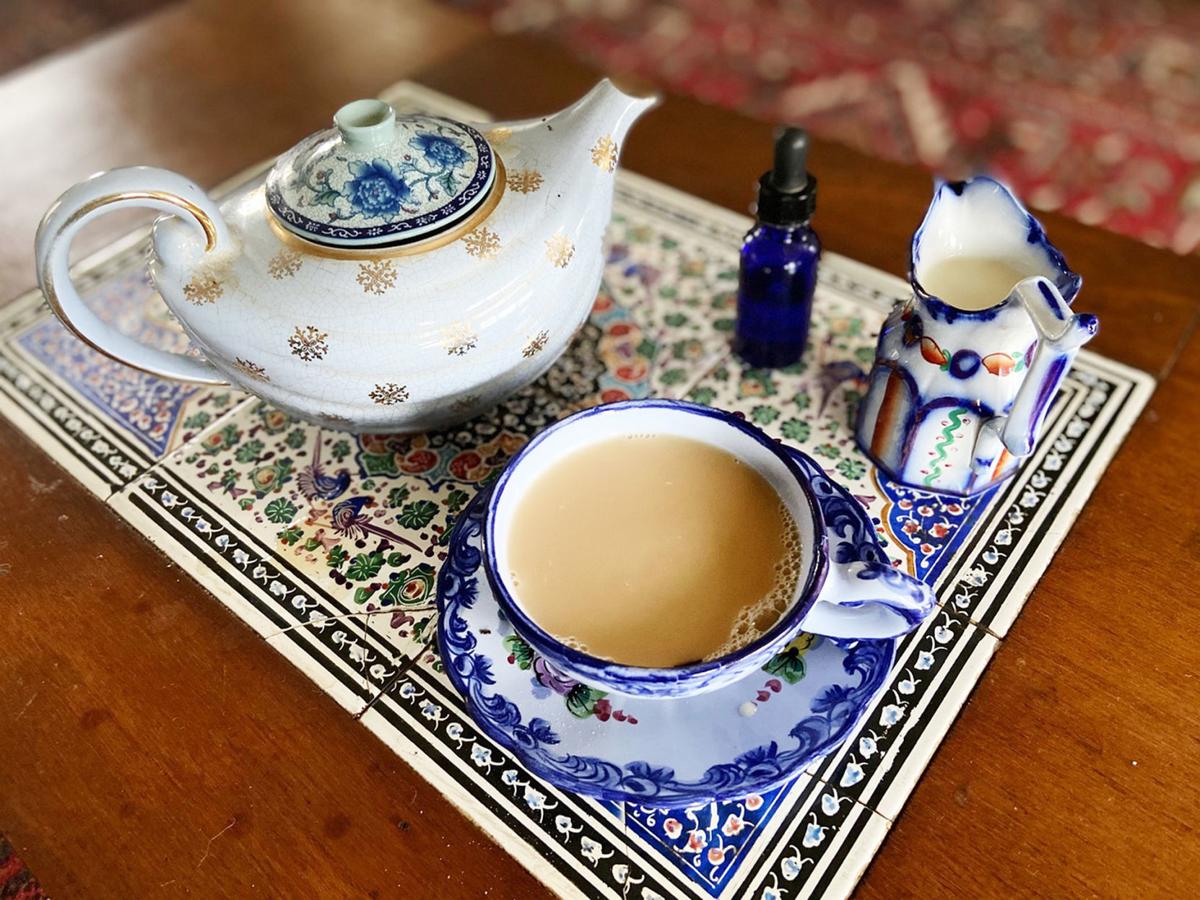 Known mostly for her dancing and her writing, Dunya McPherson of Woods Hole has been photographing the beauty of her morning tea ritual for years. “Blue Tea” is one of those images. 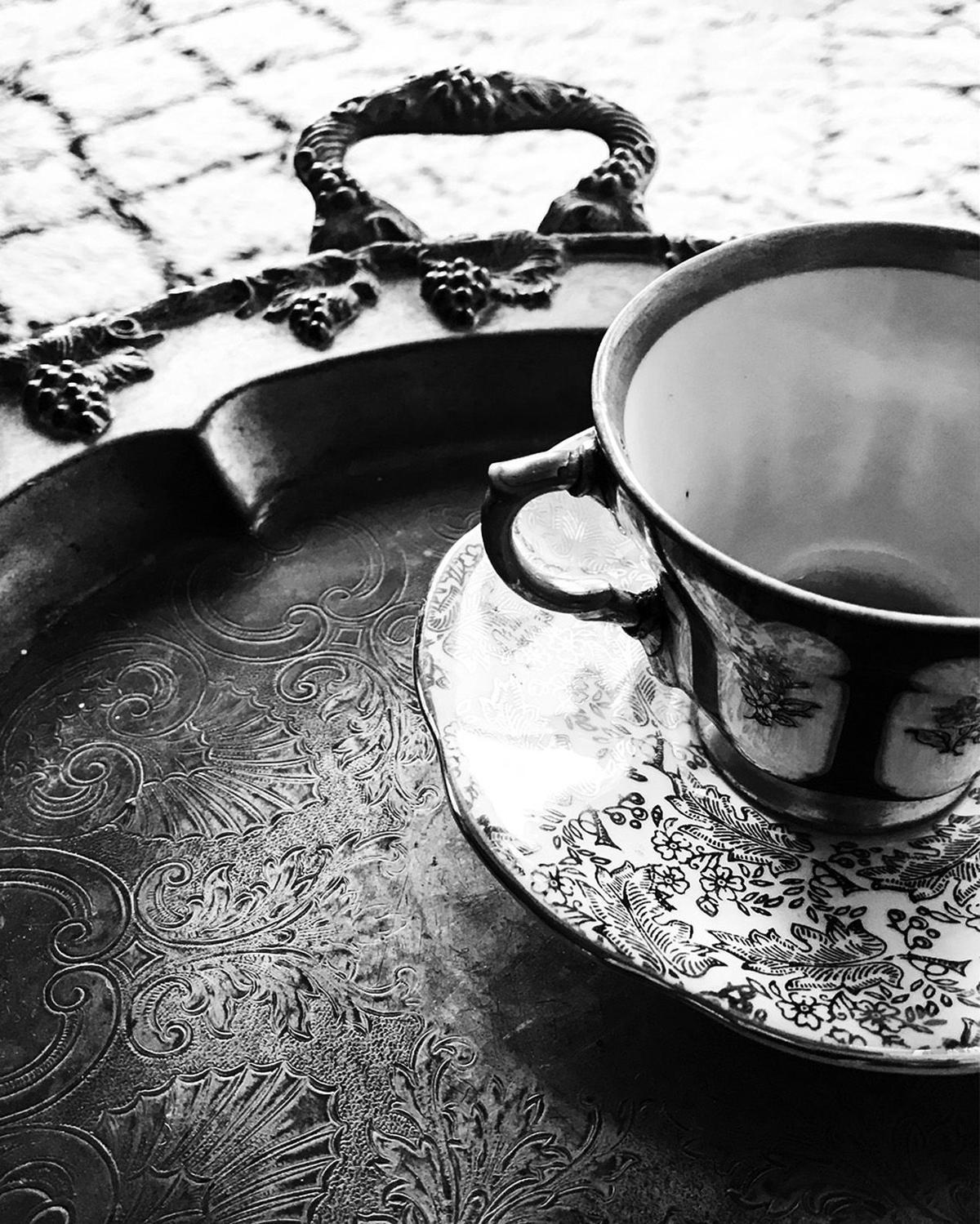 Another view of “Blue Tea.”

Known mostly for her dancing and her writing, Dunya McPherson of Woods Hole has been photographing the beauty of her morning tea ritual for years. “Blue Tea” is one of those images.

Another view of “Blue Tea.”

Dunya Diane McPherson of Woods Hole is likely best known for her innovative work in dancemeditation. The Juilliard-trained dancer has led workshops and taught both nationally and internationally. She may also be known for her writing, most notably her memoir “Skin of Glass: Finding Spirit in the Flesh.”

So when I saw her name linked to the photograph “Rasa” on view as part of the show “Art For You” at the Market Street Bookshop in Mashpee Commons, a show of photographers associated with the Robert Manz Studio, I was surprised, not knowing that photography was also one of her disciplines.

“My grandmother taught me how to love tea and how to do it—how to brew it, set it, serve it. She is always with me, especially in the tea’s fragrance” said Ms. McPherson in regards to her love of tea.

While Ms. McPherson claims not to be a photographer she noted that her main training, aside from dance, was in choreography. “You’re always thinking about composition, not so much color and light the way a photographer does, but in the placement of objects and people.”

“The thing about photography for dancers,” said Ms. McPherson, “is that you’re always on the other side. You’re always the object of it so the good thing is that you see professional photographers adjusting the light and dealing with the light.

Ms. McPherson said that initially she had a camera to try and photograph her dance work but her fun thing to photograph was “my tea in the morning.” Like many people, her morning cup of tea was part of the ritual beginning to her day. “I would sit there and observe the beauty. It’s a very rich time of day for me — a very personal time. I have the house to myself and I write at that time so tea is part of that, part of my intellectual life.”

Ms. McPherson lived in New York City for over 30 years, moving back to Woods Hole to care for her aged parents, both of whom have passed away. She said that Mr. Manz originally reached out to her after reading her memoir. “We connected just to be friends” said Ms. McPherson, “I was trying to make friends and find other artists who were actively doing their art.”

The artist’s that Mr. Manz chooses to have in his gallery usually have a “personal journey connected to what they are photographing,” said Ms. McPherson and a personal connection to their subject which she felt was true for her in regards to tea.

The two have collaborated to create a 2021 calendar: “Tea With Dunya,” featuring Ms. McPherson’s beautiful images of tea pots and cups of tea, calming interiors rich in colors, patterns and lights and darks.

“The thing I liked about him [Mr. Manz] choosing to bring this out now is that I think people have a lot of personal feelings about their tea.”

Ms. McPherson said that to her the imagery is theatrical, with each cup, spoon, tea pot, etcetera, being a character. “To me they are characters in some kind of little set piece. The lighting is what arrests me, what catches my eye.”

Ms. McPherson said she tries to take “pretty pictures,” meaning, “I’m not experimental, I’m not very good at catching things that are challenging to catch.” That said she added that she’s spent a lot of years learning Photoshop so she’s comfortable manipulating images, and enjoys that process. “It’s more like being a painter. I can take more time with it and things can develop and shift.”

“I don’t give it too much weight,” Ms. McPherson said of photography. “I need some things in my life that aren’t weighty and are more of an outlet.”

While it’s photographs of tea that speak to her the most, Ms. McPherson said she is also drawn to interiors and light. “I do love still life settings, I do love interiors, I do love light coming into rooms and I do love light going through nature outside, but I’m not good at it,” she said, adding that when she was living in New York she enjoyed urban landscapes. “There were always so many interesting wall textures and decrepit things.”

Productive artists often have the capacity to move from one discipline to another, according to Ms. McPherson. “As an artist I’m lucky that there are a lot of other creative elements that interest me,” she said, adding that when she engages in them, “I feel a different part of my brain opening up.”

“The more familiar you are with a thing the quicker you can face the challenges it presents,” said Ms. McPherson, “but if I go over to this other area where I don’t know a lot, then it’s fun and it’s refreshing, yet I feel capable enough to be able to engage in it.”

Ms. McPherson’s work can be seen at the Robert Manz Gallery website where note cards featuring her work can also be purchased. Calendars for 2021 start at $10.95.