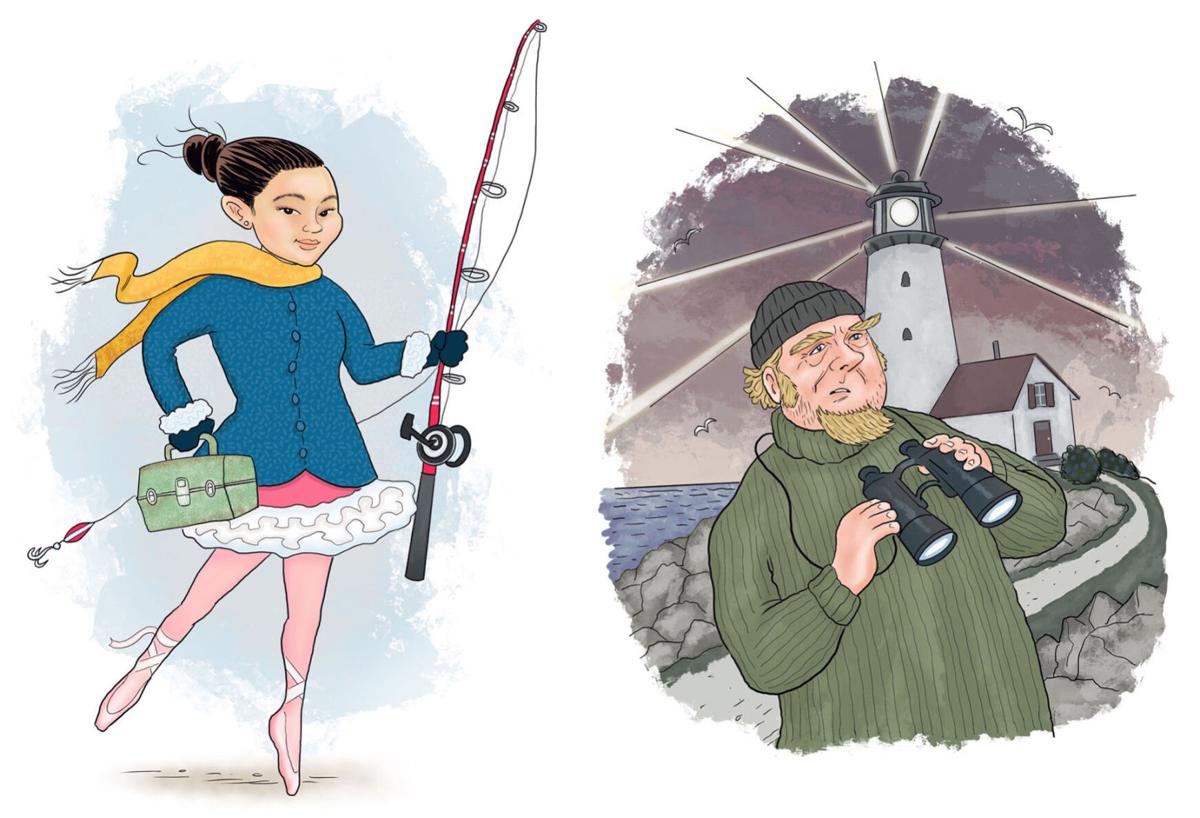 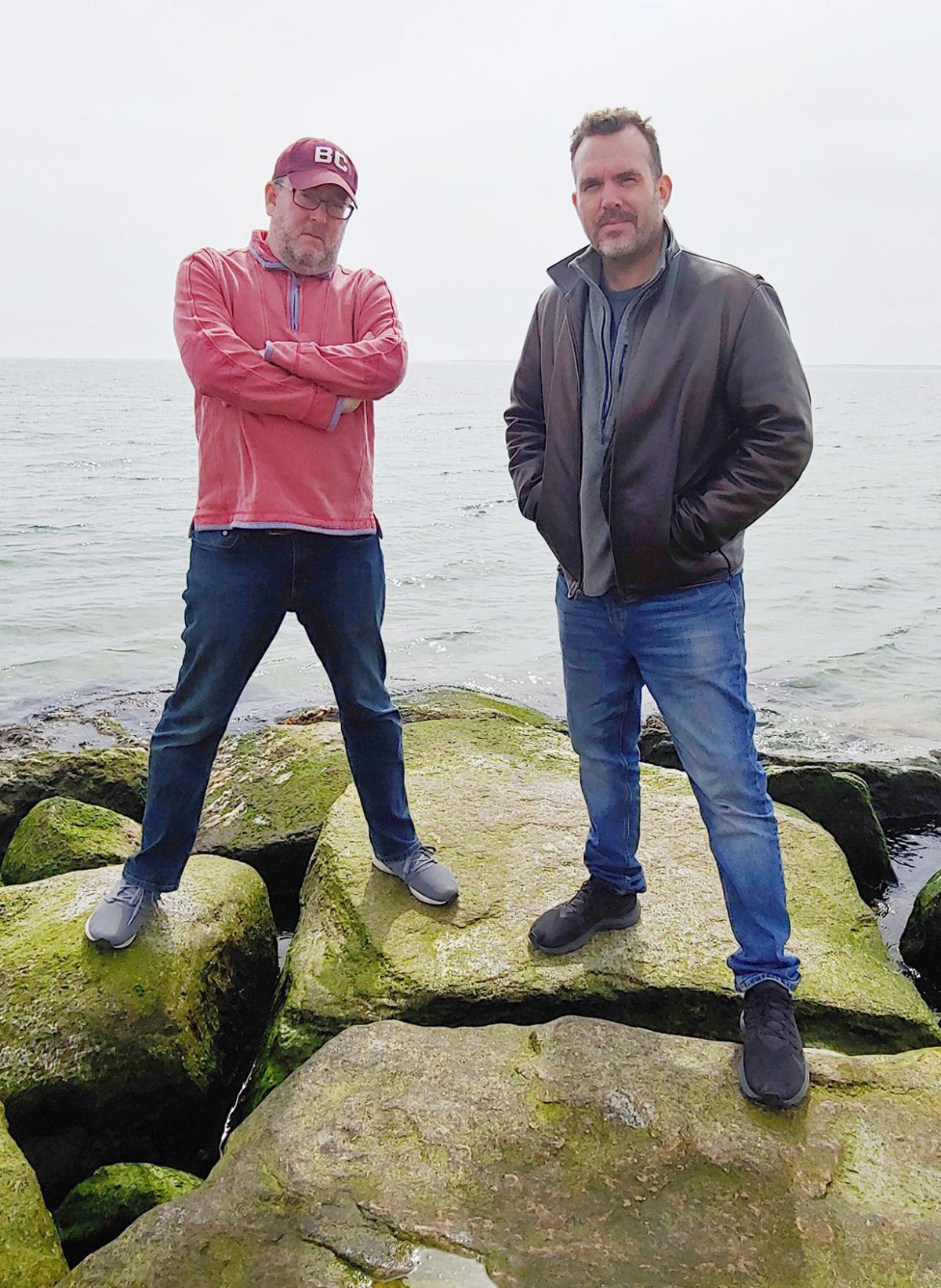 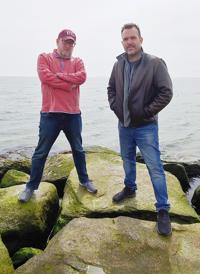 A self-published book series with Falmouth ties is poised to make a global splash.

Falmouth Heights author Ted (T.M.) Murphy and Framingham artist Mark Penta recently signed a publishing deal with West Margin Press, a division of Ingram Books Distribution, with the intent of attracting a worldwide audience to their self-published children’s series, “Wicked Weird Story Starters.” The three-book deal will reintroduce the two installments with a new look and name, replacing the regional term “wicked” with one that is more universal. The changes are an effort to resonate with more readers, not just around the country, but around the globe.

The revamped series, Totally Weird Activity Books, is slated for publication in October 2022 and will debut with “Super Strange Story Starters” and “Creative Coloring and Far-Out Fun.” A third book will follow in April 2023.

Originally published in 2014, the first installment of the Wicked Weird series contains two dozen story starters featuring mysterious and quirky characters. Each one culminates with a cliffhanger, allowing readers to finish the story, both in their imaginations and in the blank space provided.

In one prompt would-be writers are asked to imagine what Head Custodian Carl is about to find when he inherits the key to the “Red Room.” In another, writers are asked to explain why skateboard-riding 18-year-old Pachua King has had two large snakes as bodyguards since his birth.

The second installment is an activity book packed with 40 pages of anecdotes and illustrations, including cartoon representations of the author and illustrator on each page to offer encouragement and inspiration to the reader.

To construct their books, the co-creators first trade ideas. Sometimes Mr. Murphy writes a story for Mr. Penta to illustrate, while other times Mr. Penta draws characters for Mr. Murphy to write about.

Friends since age the age of 7, the two met when Mr. Penta began spending his summers in Falmouth Heights. As children, Mr. Murphy said, he and Mr. Penta spent a lot of their time telling stories and drawing pictures to illustrate them. Growing up, storytelling was also used as a diversion in Mr. Murphy’s family. In an earlier interview Mr. Murphy explained that as one of six children, “When my parents would drive us to Canada, my dad would always point to different things out the car window, like a car with a license plate from Iowa, and he’d say, ‘I wonder where they are coming from and where they are going,’ we’d try to make something up about it and that would kill a half an hour of the car ride.”

“Telling stories gets the mind working,” Mr. Murphy said. “Before you write, you have to be able to tell a story.”

Motivated by a mission to “Get kids creating,” which also serves as Mr. Murphy and Mr. Penta’s social media hashtag, the “Weird” books are geared for aspiring young writers and artists, but they have also resonated with adults, who are eager to awaken their own imagination and untapped talents. The two have taken their message on the road, traveling to schools all over New England to talk about the educational impact of creativity. The books have also been embraced by educators who have incorporated it into their curriculums.

Mr. Murphy and Mr. Penta said they are especially grateful to the East Falmouth Elementary School Parent Teacher Organization and its 3rd-grade team of educators. “They were the first ones who recognized the value of using the books in the classroom,” Mr. Murphy said.

Most recently, the Wicked Weird Story Starters series attracted the attention of literary agent Murray Weiss of Catalyst Literary Management, who recognized the books’ unique ability to make learning fun and, as intended, get children creating.

In an effort to augment that impact, the 2022 publishing deal is dependent upon one significant change; Wicked Weird fans can look forward to seeing their favorite characters in a new light, namely a colorful one. To that end, using an iPad, Mr. Penta digitally inked over his pencil drawings from the original book, further bringing the characters to life.

As creators of a self-published series, which was produced on a limited budget, the duo said it is gratifying for their efforts to be recognized and validated by someone of Mr. Weiss’s professional caliber.

“We’re excited we found a publishing company that truly understands the value of creativity for young people,” Mr. Murphy said.

Connecting with readers by inspiring them has been extremely rewarding for Mr. Penta, who is eager to see how the story continues. “So many people have an inner artist or writer that has a hard time coming out,” he said. “Our job is to help bring that out in a way that is simple, easy and lights a spark of creativity to get them going.”

In addition to the Belltown Mystery series, Mr. Murphy is the author of “Saving Santa’s Seals” and co-collaborator with his brother Seton on “The Running Waves.” Mr. Murphy is also well-known locally for having taught his Just Write It classes for children and adults for the past 26 years. He often uses work-in-progress story starters with his students.

A freelance illustrator, Mr. Penta is also the author of “Cape Cod Invasion” and “Cartoons Before Coffee,” as well as the self-published picture book, “The Daydream Garden.”

While the name of the collaborators’ Facebook page will soon be changed to Totally Weird Activity Books, for now, readers can follow the Wicked Weird Story Starters on Facebook or visit its website at thestorystarters.com.