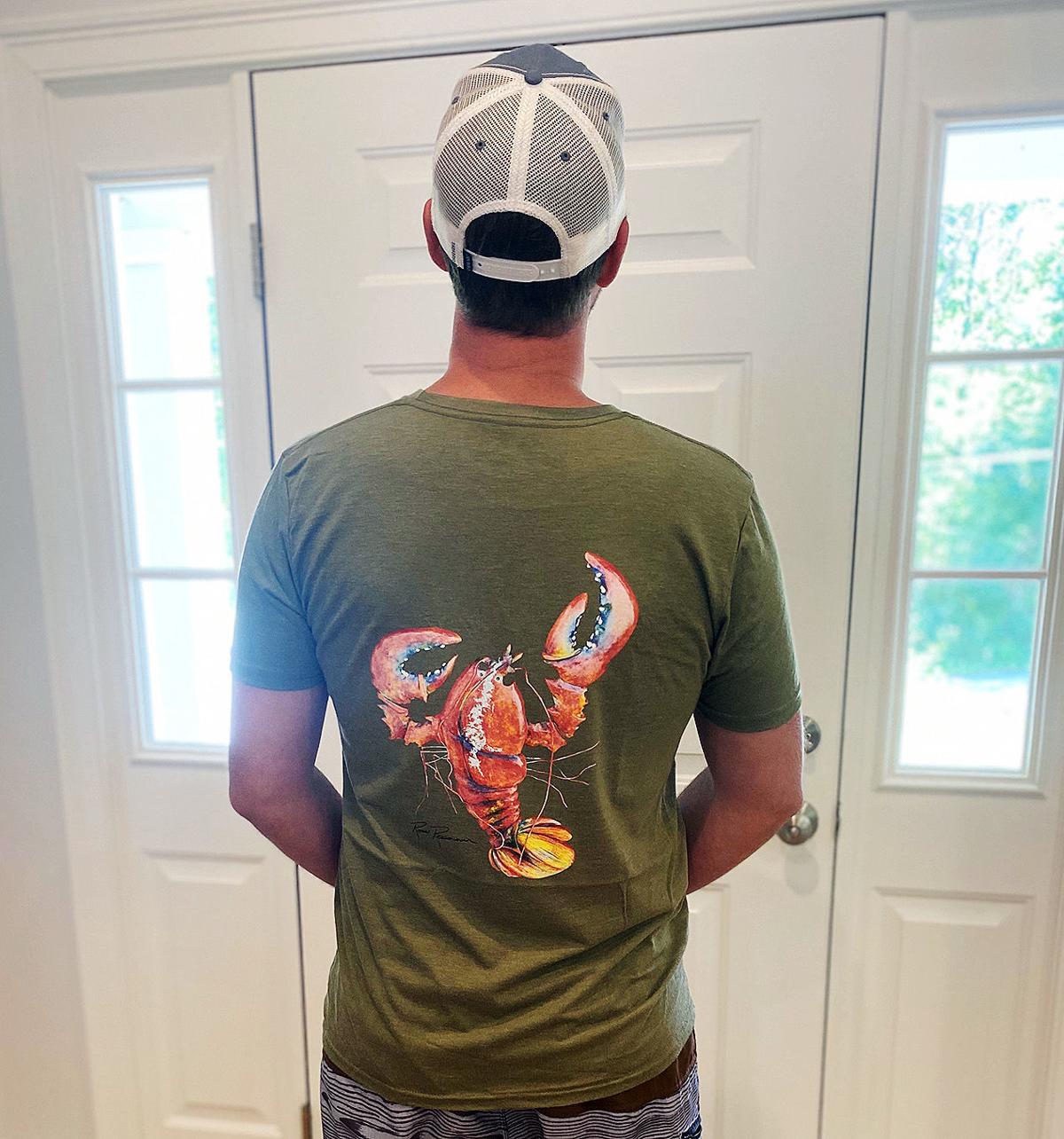 Designs by Falmouth artist Ronnie Reasonover are now part of StepChange Clothing company’s artist’s collection. The company uses recycled plastic in its clothing line and donates a portion of its proceeds to environmental organizations. 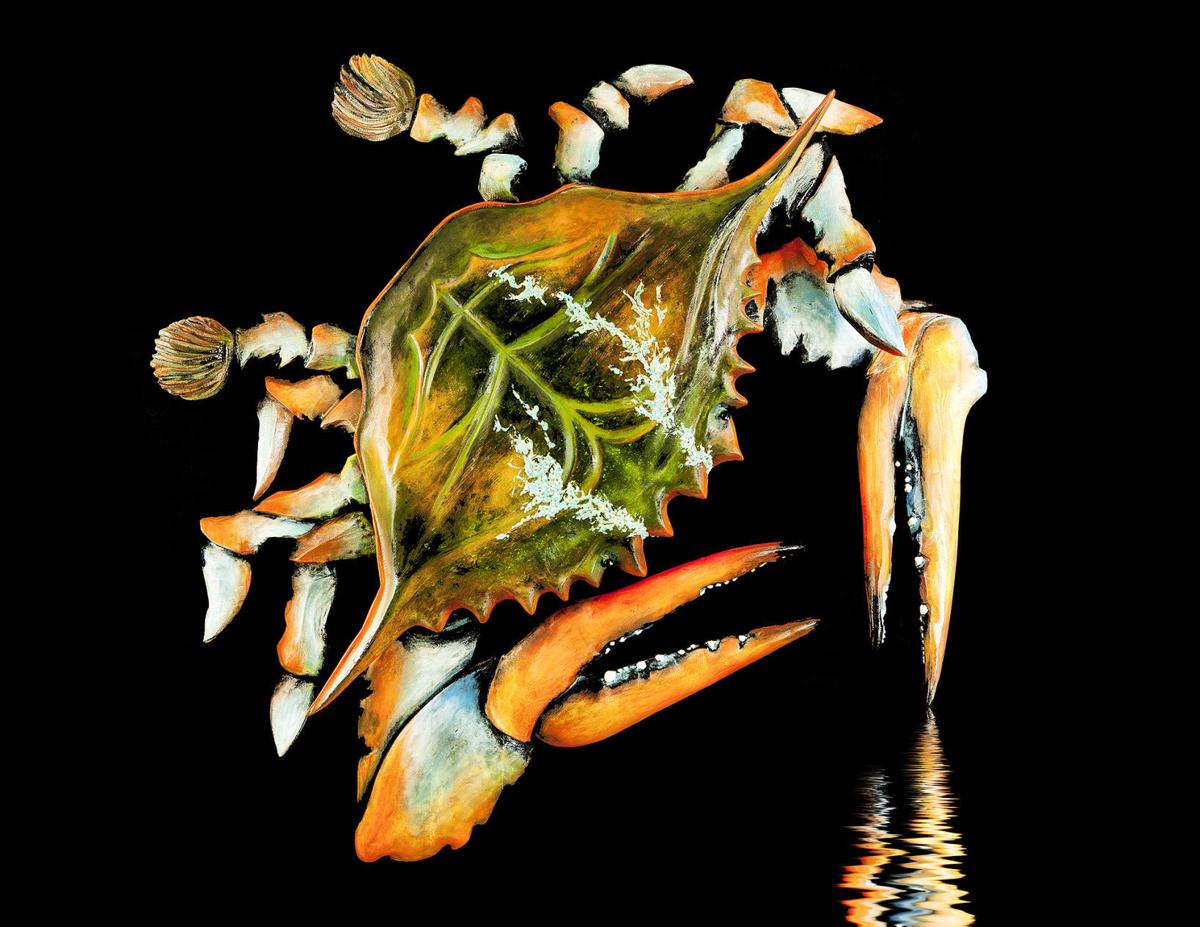 Designs by Falmouth artist Ronnie Reasonover are now part of StepChange Clothing company’s artist’s collection. The company uses recycled plastic in its clothing line and donates a portion of its proceeds to environmental organizations.

Everyone knows that it only takes one psychiatrist to change a light bulb—as long as the lightbulb really wants to change, but did you know it takes StepChange Clothing 16 plastic bottles to make a long-sleeved T-shirt?

The health and wellness of our oceans are no joke; that’s why Joe Wagner and Kevin Hall founded StepChange Clothing earlier this year to repurpose recycled plastic into clothing and donate a percentage of their company’s proceeds to groups that are protecting and improving ocean life. It’s also why Mr. Wagner and Mr. Hall decided to team up with artists who were also passionate about the environment. T-shirts with beautiful artwork on them sell better—right? Right.

It’s no wonder then that Mr. Wagner reached out to Falmouth artist Ronnie Reasonover. Mr. Reasonover is known for his vivid paintings and wood carvings of marine life, and he also sources much of his materials from salvage and found materials. “My first wood carving from salvaged wood was a giant six-foot lobster in 2011” said Mr. Reasonover, adding that he finds a lot of his base materials on the beach and has noticed “the dramatic increase in plastic trash littering the shoreline and surrounding areas” over the years.

Mr. Wagner, who lives in East Falmouth, met Mr. Hall when the two worked at Unifi in North Carolina, one of the largest synthetic fiber manufacturers in the United States.

“They make a lot of fiber out of recycled bottles and recycled materials,” said Mr. Wagner. “That’s where we got knowledgeable about it and into the whole concept of building demand for the recycle stream, you need to build a demand to get more bottles collected and put back into use. Polyester is infinitely recyclable.”

Since leaving Unifi and founding StepChange Mr. Wagner and Mr. Hall are not just talking the talk but walking the walk.

If you are under the impression that clothing made from recycled bottle fiber might be scratchy or uncomfortable, guess again. “It’s very soft,” said Mr. Wagner. “The hand, or what they call the softness, is very high,” he added.

The T-shirts, which are the newest product from the company, are a blend of recycled fabric, organic cotton and modal.

The mission of the company, Mr. Wagner said, was to improve the health of the ocean through everyday apparel choices. “You can make a difference if you buy things that create recycle demand.”

Based in Gloucester, Seaside Sustainability works toward creating sustainable oceans through education. The group is a leader in STEM education programs in Massachusetts. Ocean Habitats, out of Naples, Florida, is a company that builds mini-reefs underneath docks. “Florida is full of docks that are killing our marine life,” said Mr. Wagner, “but they put in these mini-reefs underneath and the marine life comes back.” Force Blue is a group run by ex-special operations military divers who are restoring coral reefs off of Florida and the Caribbean. “We’re going to pick more [groups] eventually, but we’re starting with these three,” said Mr. Wagner.

“We thought, as long as we are creating dynamics locally, why don’t we try to help local artists also who are passionate about the oceans and help them get better promoted and more well-known,” said Mr. Wagner. “It’s a bit of a trifecta that we’re trying to build.”

So far Mr. Reasonover has three designs that will be part of the StepChange artist’s collection: an image of a blue claw crab, a lobster and a whale. The crab and the lobster images are from wood carvings by Mr. Reasonover, the whale from a painting. “I think they are my favorite creatures,” said Mr. Reasonover. “Whales are my favorite.”

Mr. Reasonover said he’s excited to be part of StepChange, as it’s a chance to give something back. “But also,” he added, “I get to create something that I’m going to see for a long time, I hope, and if our country can go green like that—by using clothes—we really would be number one.”

Mr. Reasonover said he’s been impressed with the reproduction quality of his images on the T-shirts.

“When people in the past have wanted to do shirts from my designs, I’m kind of careful about it, because I don’t want it to reproduce badly, to end up with something that’s not me.”

Mr. Wagner and Mr. Hall launched the StepChange website in November and had an official launch in January down in Naples. The pair were hoping to promote the company at various events throughout the summer. “The pandemic just collapsed everything,” said Mr. Wagner, “but it’s come back a little now. New England is waking up to a beautiful spring and summer, and we’re hoping that it will all come back.”

For now shirts and socks from StepChange can be ordered off the company’s website. Orders can also be taken at The Village Gallery in West Falmouth which Mr. Reasonover owns with his wife, artist Mindy Reasonover. There will be a display, and orders can be placed online. “We’re trying to keep inventory low,” said Mr. Wagner. “That’s another thing about apparel; as much as we all like to see all the sizes and buy on the spot, that creates a lot of inventory. It’s hard to have so many sizes; so many times they don’t all sell. It’s a little better to have samples and then order online. We can keep the inventory a lot lower.”

In addition to approving of their artistic quality, Mr. Reasonover likes the shirts themselves. “I wear these shirts, I like this type. They are a fishermen type of shirt; they’re lightweight. It looks exactly like a T-shirt, but it’s made of plastic, that’s the really cool thing. Think about how many bottles we get rid of.”

I didn’t have to think because Mr. Wagner already knew.

“There’s 35 billion bottles produced for the US market alone every year,” he said. “That’s a lot of plastic.”

It’s important to build a demand for recycled,” said Mr. Wagner. “That’s one of the biggest challenges we have. Now that China isn’t taking all our recycling, a lot of what we think is being recycled is ending up in the landfill. We’ve got to create a demand and you can do that through the socks you buy, the clothes you buy.”