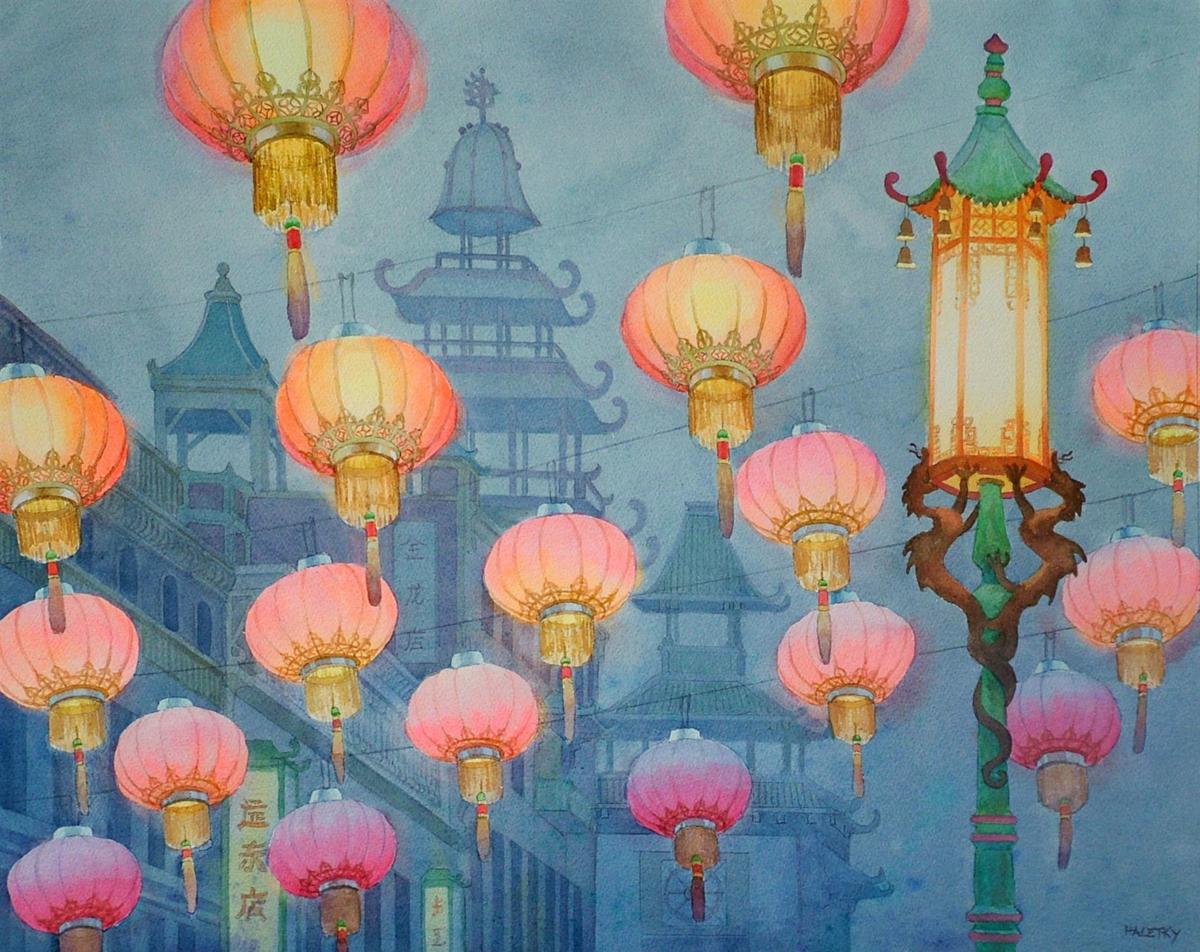 Becky Haletky’s “Blue Fog” won first place in the category of watercolor in the Cape Cod Art Center most recent open-juried show now on view at the Center’s website. 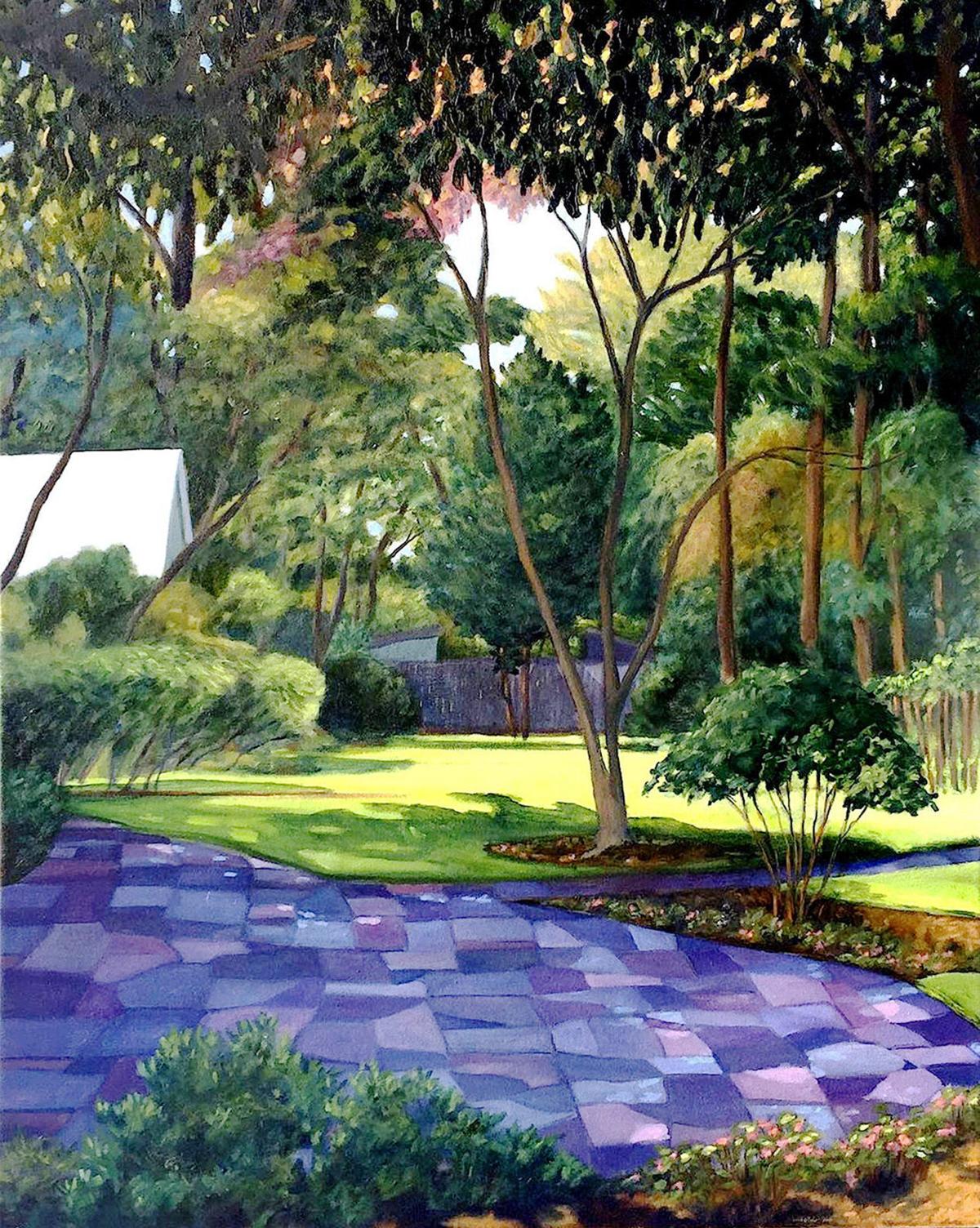 Becky Haletky’s “Blue Fog” won first place in the category of watercolor in the Cape Cod Art Center most recent open-juried show now on view at the Center’s website.

There’s some beautiful work featured in “Spring Open,” an open-juried exhibit being shown on the Cape Cod Art Center’s website through Friday, June 12.

Jurors for the show included Elyssa Cohen, Rick Fleury and Deborah Quinn-Munson. The three awarded Wellesley artist Lori Mehta Best of Show for “Dressing in Layers,” an oil painting of a woman removing a striped beach cover-up. With the model’s back to us, the emphasis of the painting is on shapes and blocks of colors.

The works are arranged online according to medium: oils & acrylics, followed by pastels, photography, watercolor and finally, mixed media. These arrangements of thumbnail images offer a way to look at the many different and deft ways artists can use the same medium and get startlingly different results. For example, the quiet realism of Becky Haletsky’s watercolor, “Cat Cafe,” is in contrast with Lisa Bailey’s frenetic “Gone Pedaling,” in which the artist has used color on every inch of the paper.

The thumbnail gallery of all the individual artwork shows each piece as a square. It’s necessary to click on each image to find out its actual shape. A second click on the image will transform it to a full-size image on one’s computer screen. The online reproductions of the images are clear and show detail even in shadowed areas of the artworks.

First place in the category of watercolors went to Pembroke artist Becky Haletky for “Blue Fog,” a captivating painting of Chinese lanterns in shades of pink and orange, aglow against a blue-gray background.

While the show was an open category, a good many of the entries centered around the theme of spring: photographs of rain on glass windows causing blurry scenery, sweeping vistas of beaches not yet crowded with summer visitors, emerging plants and flowers, and the quality of light coming through a window lighting a quiet interior.

Other works are harder to classify.

An acrylic painting by Jordan Renzi titled “Sister” shows just the head coverings of white and blue that are most closely associated with Mother Theresa and the Missionaries of Charity. Aside from the half-dozen head coverings spread across the horizontal canvas, the entire rest of the canvas is black. It’s as if the nuns beneath them disappeared or perhaps the head coverings are glowing in the darkness—beacons of hope. Whatever the reason, the painting and its subject is certainly different. Ms. Renzi, in addition to being an artist, is an accomplished singer-songwriter.

“With You By My Side,” a masterful pastel by Betsy Payne Cook that won second place in its category, shows a solitary vehicle taking the beach route home at sunset and is full of the texture and color variations indicative of pastel work. The deserted road is another indicator of the off-season.

Mr. Branscomb divides his time between New Hampshire and Hyannis. His second photograph is of the Sagamore Bridge at night. A slow exposure allows for the lights from a passing boat to “draw” colorful and other-worldly lines in the sky disappearing under the bridge.

“Breath of Dawn” is a landscape painting by Patricia Barnes that combines sections of creamy layering of the paint that looks as if it was spread by a pallet knife with blended and smooth areas to create a serene image of daybreak over the shoreline.

“Up And Away With Sedona’s Own” by Jakki Kouffman is a painting within a painting where the artist has painted an arrangement of shells scattered across and atop a landscape painting of dunes and ocean. The artist creates the illusion of the shells extending beyond even the second of the two painted frames. Having recently moved to the outer Cape, Ms. Kouffman has taught workshops at the Truro Center for the Arts at Castle Hill.

“Stony Ridge Drive” by mid-Cape artist Michele Mennucci, which took second place in the oil/acrylic category, is a charming composition featuring an inviting backyard. The painting is peppered with rich textures and effective lights and darks areas.

The show can be found on the Cape Cod Art Center’s website: capecodartcenter.org.

The next open juried exhibit at the Art Center will take place from July 13 through August 15. To enter work, JPEGs will need to be sent to the center by Sunday, June 14. Show details can be found on the website.