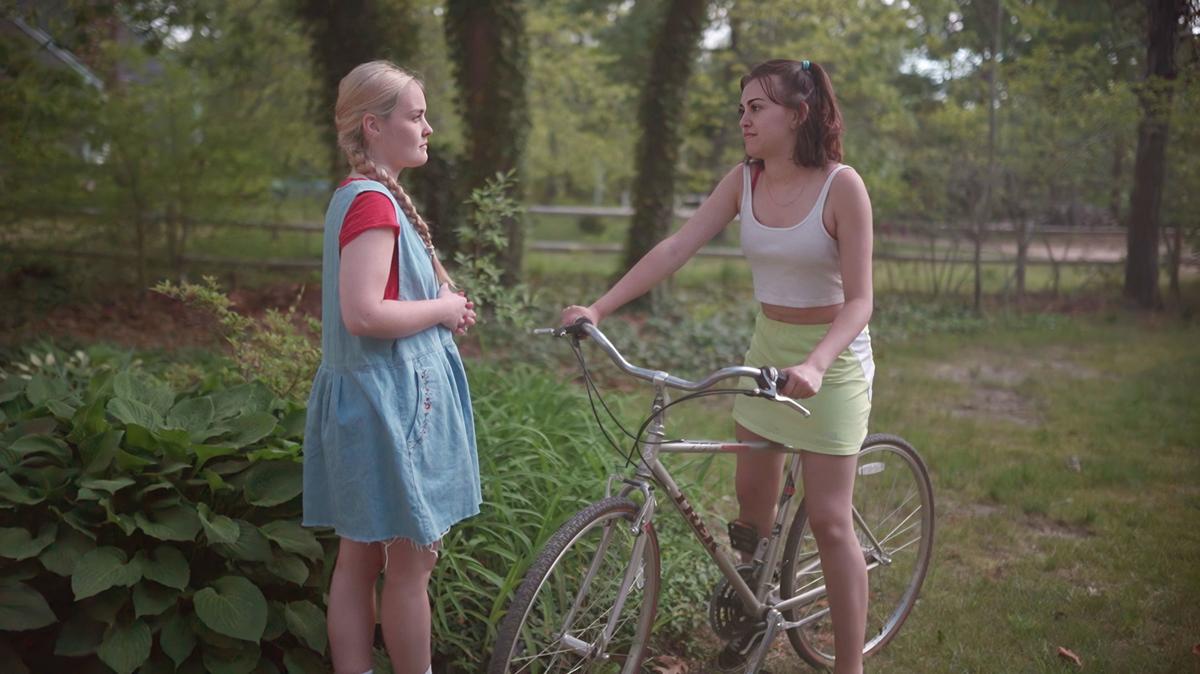 Molly Miles (left) as Lily and Andrea Granera as Mesa in a scene from “Summer of Mesa.” 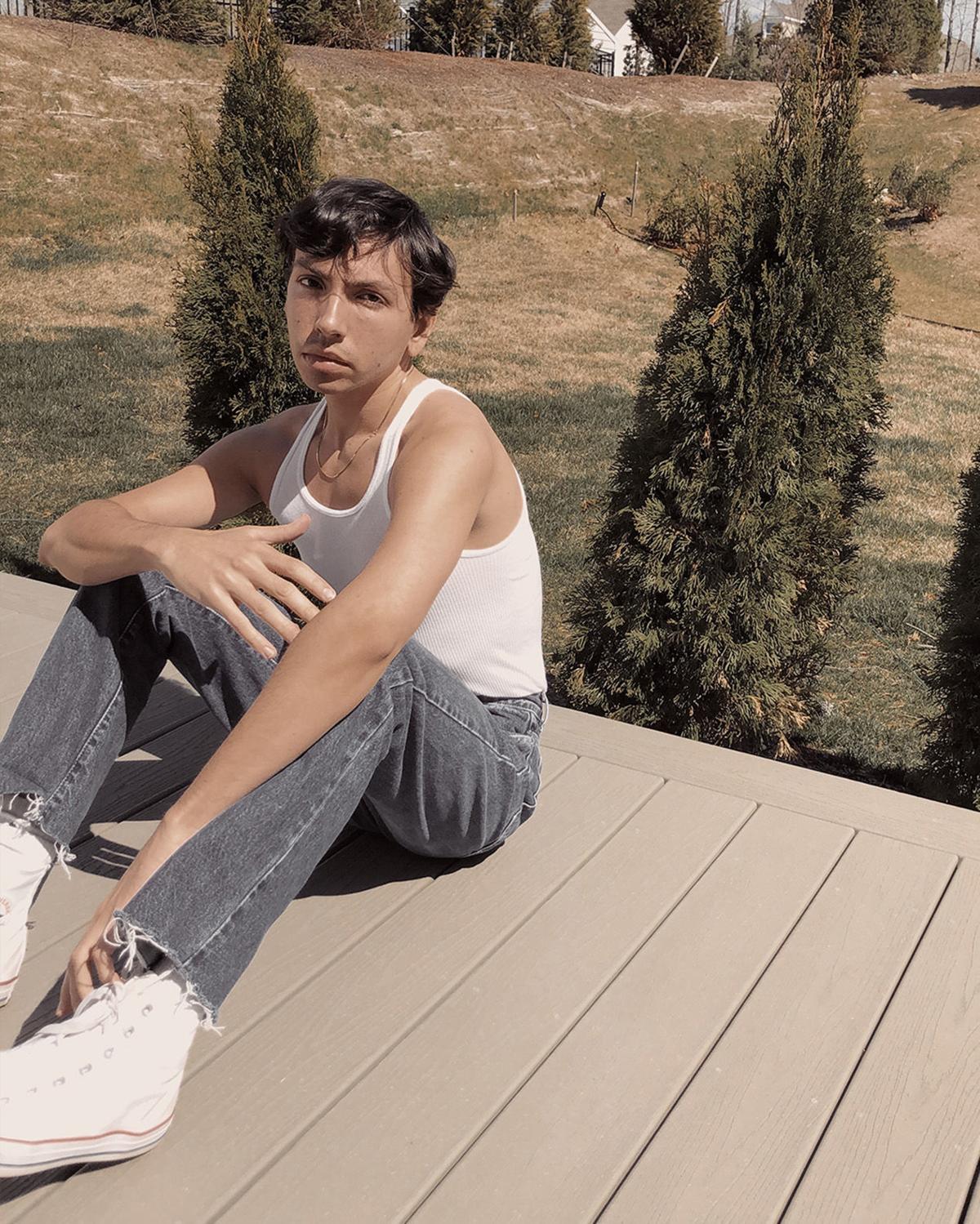 Joshua Cox of Sandwich wrote, directed, filmed and edited “Summer of Mesa,” a coming of age film what will be released on YouTube May 22.

Molly Miles (left) as Lily and Andrea Granera as Mesa in a scene from “Summer of Mesa.”

Joshua Cox of Sandwich wrote, directed, filmed and edited “Summer of Mesa,” a coming of age film what will be released on YouTube May 22.

Twenty-year-old filmmaker Joshua Cox of Sandwich is releasing his first feature-length film, “Summer of Mesa.” The film, which was shot on Cape Cod, will be available on YouTube beginning Friday, May 22.

In 2017 Mr. Cox released the 20-minute short “Touch Me Not,” a coming-of-age story about two teens, Lily and Mesa, who meet while Lily is vacationing on Cape Cod.

“I need a sequel” wrote one online commenter. “Please make a part two,” said another. “This is a nice short film, are there any plans for a second part?” asked a third. The short has 300-plus comments and more than 600,000 views.

Bolstered by the comments and having already written the feature-length story before the short film, Mr. Cox created “Summer of Mesa,” an extended version of the short film with more characters and more locations. The film stars Molly Miles as Lily, Andrea Granera as Mesa and Alec Bandzes as John.

The name Mesa, Mr. Cox said, came from an elementary school classmate he knew. “My brain held onto that name, saving it for this really strong character. The name is really bold to me and I felt that it fit this story,” he said.

The film was shot over six days in 2019 and cost $400 to make. Despite the small budget, the film strives for high quality. “This is a new wave of independent cinema that I want to help redefine, no budget but as high quality as I can go,” said Mr. Cox.

A 2016 graduate of Sturgis East Charter School in Hyannis, Mr. Cox developed an interest in performing at an early age. “I grew up in the theater community on the Cape,” he said.

In addition to acting, Mr. Cox took an early interest in creating his own films. “I began developing my own film projects where I would cast myself and fellow actors I knew from theater on the Cape,” he said. Through experimentation, he said, he found his passion for “creating art through the medium of film.” Ultimately he removed himself from acting in the films in order to focus on working behind the camera. Being judgmental of his own performances “got in the way of my vision,” he said.

Mr. Cox said this early love of creating art from a blank page and taking it to a fully realized visual story remains strong: “It is what I know I will always love to do.”

“Touch Me Not,” which features just two performers, was shot entirely in Sandwich, with the outdoor scenes being filmed on conservation land Mr. Cox said he had frequented since his childhood. For the longer film Mr. Cox filmed in Orleans, Eastham, Harwich, Sandwich and Yarmouth. “I had so much more story to tell,” Mr. Cox said, adding that he is happy the film was able to showcase more of the Cape’s beauty.

Both “Touch Me Not” and “Summer of Mesa” are set in the mid-1980s, well before Mr. Cox was born. He explained his choice to set the film in the past this way: “I want to continue telling stories about human intimacy and I feel as though that is an ideal that seems to exist less and less as we progress into the future.”

In regard to “Summer of Mesa” he said, “I wanted this story of first love to feel nostalgic and dreamy, and aspects of the modern day would hinder that. There is a longing desire that comes across so much better in a time where there wasn’t so much communicative technology.”

For both films Mr. Cox was a one-man show behind the scenes. “I have always done the writing, filming, directing, casting, costumes, location, editing myself just because that’s how I got into filmmaking. I wanted to learn it all. I am really excited for the day when I am fortunate enough to have a team of people to work with so that I don’t wear every hat. But I enjoy it right now,” he said.

“Everything about ‘Summer of Mesa,’ from pre-production to post-production, has been an incredible learning experience,” Mr. Cox said. “It is the biggest project I’ve ever taken on.”

In his director’s notes Mr. Cox refers to allowing the actors to improvise the script based on his guidelines. He explained that approach this way: “Improvising lines in film is something I didn’t even know was possible. Through researching directors I admire like Andrea Arnold and Abdel Kechiche, I learned that that had been a method they employed and I fell in love with the concept. I want to encourage humanity and realism in my work and don’t find it necessary for my specific words to come across exactly from the script if it is not what the actor would say in that moment for the character.” He added that he felt giving the actors the liberty to play the part as close to themselves as possible would yield a result that would be more “truthful to the story.”

While both films could be described as coming-of-age stories, Mr. Cox also describes “Summer of Mesa” as a summer romance with a lighter feel than the short film. “It is a bit happier and takes place under the summer’s sun.” Mr. Cox said that when he made them, both projects paralleled where he was in his own life in terms of how he felt about his own self-identity.

“I have always told female-centric stories with female leads mainly because that’s who I know best in my life. I have found a muse in a lot of my female friends and would cast them in my films, telling stories about women. It’s always been a mission of mine to portray queer relationships in the same way heterosexual relationships are portrayed in media.”

Mr. Cox hopes that “Summer of Mesa” reminds audiences “of their first love and of a time that was light and warm—like summertime.” The film will become available just after midnight on Friday, May 22. It will be free to watch on YouTube. Mr. Cox said he explored other options for distributing the film but in the end decided the film might not reach as many people if it were put on another platform. “During this time when support groups and resources aren’t meeting as frequently due to social distancing, I am hoping that this film can be comforting to young people, especially LGBT+, by making it easily accessible,” he said. “It feels like the right thing to do.”

To let audiences know about the release of “Summer of Mesa” Mr. Cox has been contacting publications he feels are relevant to the story, whether it’s because of the nature of independent films, its location on Cape Cod, or its LGBT+ subject matter. “I’m determined to get the word out that this story exists. The performances by these incredible actors deserves to be seen,” he said.

Through the process of making his first full-length feature film, Mr. Cox said he gained confidence and learned a great deal about the film industry and about his ability to create a path of his own. “I have stories inside of me that I don’t want to wait years to tell, having to rely on powerful people and financing. I am going to tell the stories I can right now to the best of my ability. I am interested in continuing to tell diverse stories and help facilitate representation for everyone.”