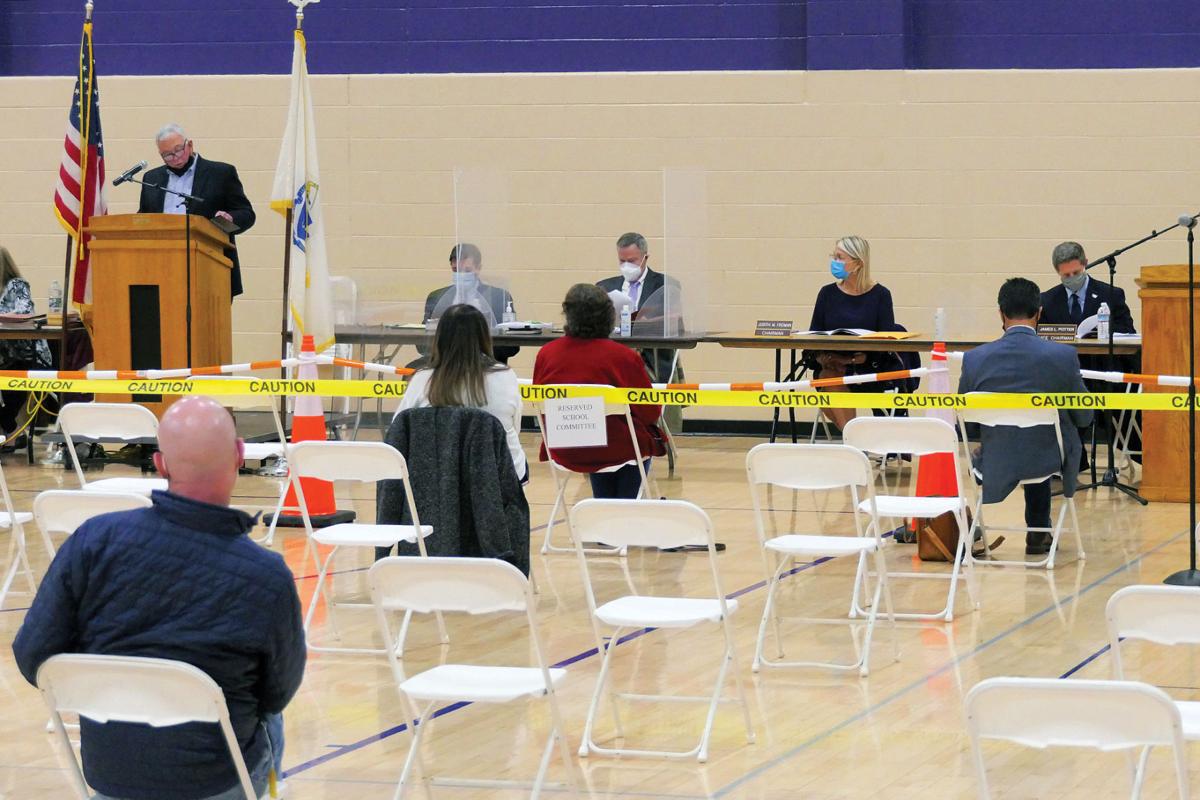 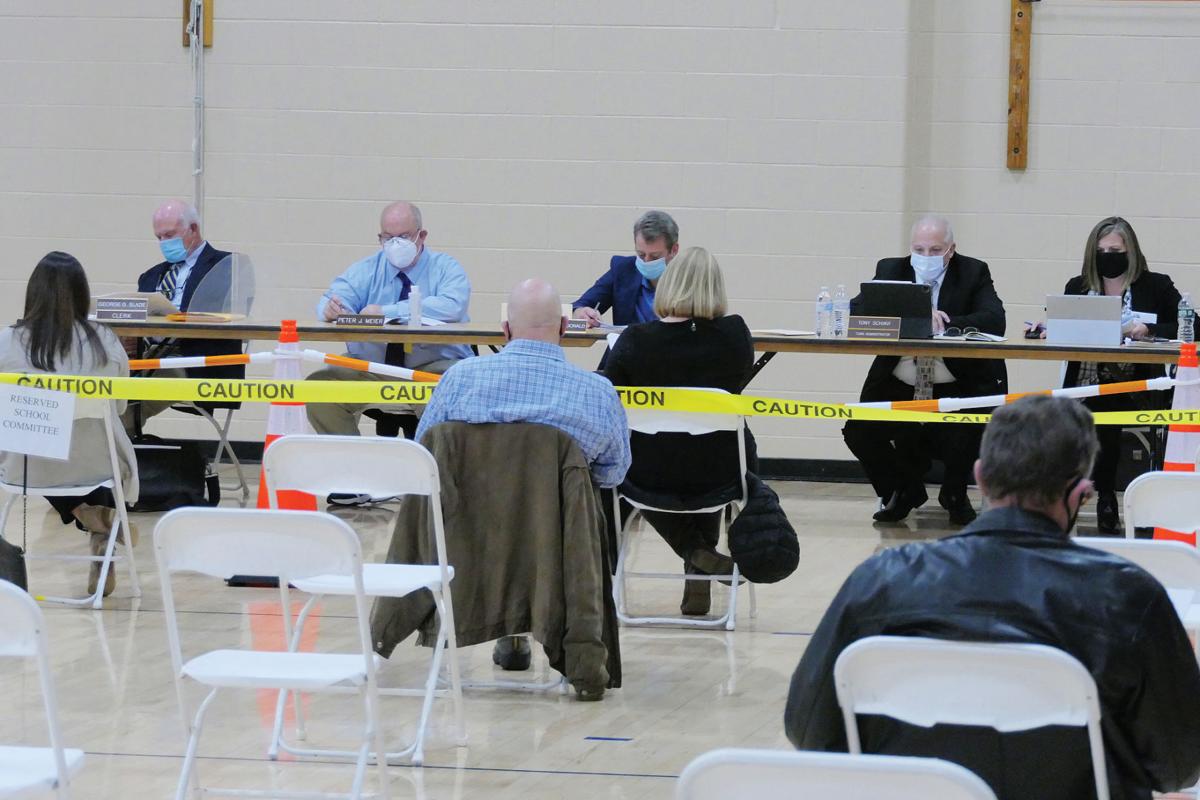 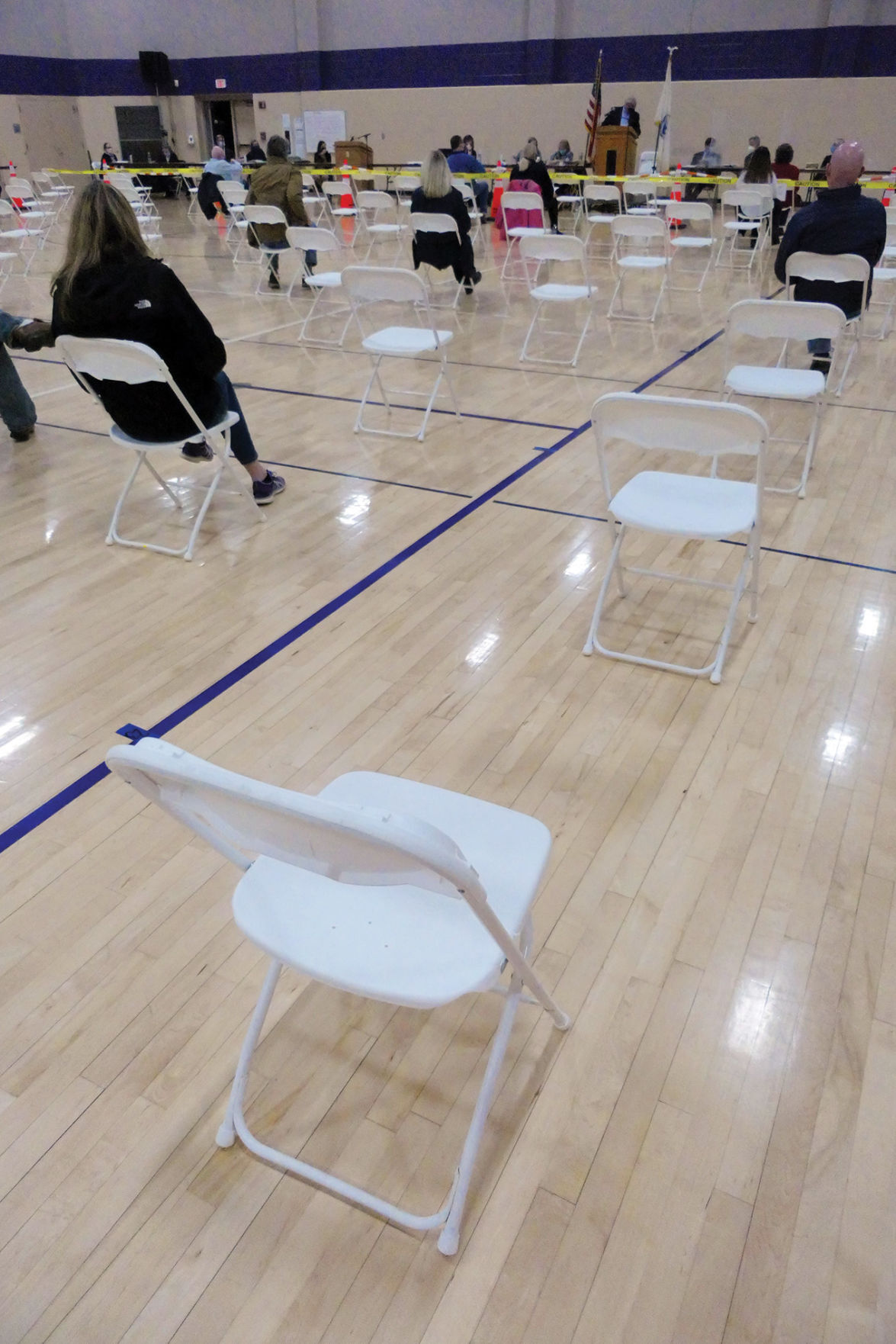 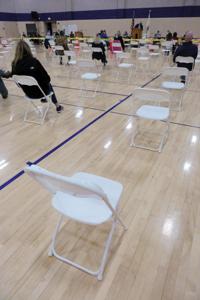 While the possibility of Bourne’s Special Town Meeting having to carry over to a second night was given consideration, no such need presented itself. The session was over in a brisk 32 minutes, with all 11 articles on the warrant voted on and approved, most of them getting unanimous approval.

Special Town Meeting took place Monday evening, November 16, in the gymnasium at Bourne Middle School. The quorum to begin the meeting had officially been reduced from 125 registered voters to just 15. At the start of the meeting, there were 56 registered voters in attendance.

Given the ongoing COVID-19 pandemic, certain measures were put in place to ensure the health and safety of people attending Town Meeting. Seats were spaced six feet apart, and all attendees were required to wear a mask or protective face covering.

Town Moderator Donald J. Pickard said he believed before the start of Town Meeting that holding it indoors would result in fewer voters attending, given fears over the virus being so contagious. Mr. Pickard moved quickly from one article to the next. Despite asking if anyone in the audience wished to speak to each of the articles, no one stepped forward.

Mr. Pickard also credited Town Administrator Anthony E. Schiavi and the members of the Bourne Finance Committee for the efficiency with which Town Meeting was handled. Mr. Schiavi, he said, recommended reducing the quorum and that the warrant be reduced to essentials-only articles.

“That I believe reduced the time needed to complete the meeting,” he said.

He praised the work done by the Bourne Finance Committee in researching each article on the warrant and providing solid advice for residents who attended and voted.

Residents unanimously approved 10 of the articles on the warrant. The only article not to receive unanimous approval was Article 4. The measure sought to use $135,000 in sewer enterprise fund retained earnings to reduce user fees charged on the second billing of this fiscal year. It received one negative vote.

All other articles were quickly approved, including Article 7, which requested $2,763,270 to fund capital budget items. Most of the items seeking funding were delayed from appearing on the warrant for the June Annual Town Meeting warrant.

The article sought resident approval to borrow $1,350,000 for the purposes of the article. The remaining funding will be appropriated from the Integrated Solid Waste Management (ISWM) retained earnings, the Waterways Improvement Fund and the town’s free cash account.

Residents also approved supplementing the current ISWM operational budget by $2,800,619. The money would be used to pay off debt from installation of liners for the Phase 5 and Phase 6 disposal cells at the town landfill.

Another $500,000 was approved by residents for ISWM. The money will be spent on a pilot leachate treatment program at the landfill to filter wastewater to meet the stricter demands of disposal facilities. Both landfill appropriations will come from the ISWM enterprise fund retained earnings account and at no cost to the taxpayers.

Funding for the capital expenses will be a combination of free cash, borrowing, the town’s waterways fund and ISWM-retained earnings.

Residents approved a transfer of $3,000,000 from free cash to the town’s capital stabilization fund. The fund helps pay for large capital projects and support debt service associated with those projects. The transfer helps the town adhere to its own financial policy, stabilize the tax rate and maintain capital infrastructure within the town.

Money was also returned to the town’s coffers. Residents approved transferring $748,123.93 in unused funds to the general fund unreserved fund balance. The money came from 34 previously approved Town Meeting articles that were closed out. Either the articles had been satisfied or the additional funds were no longer needed.