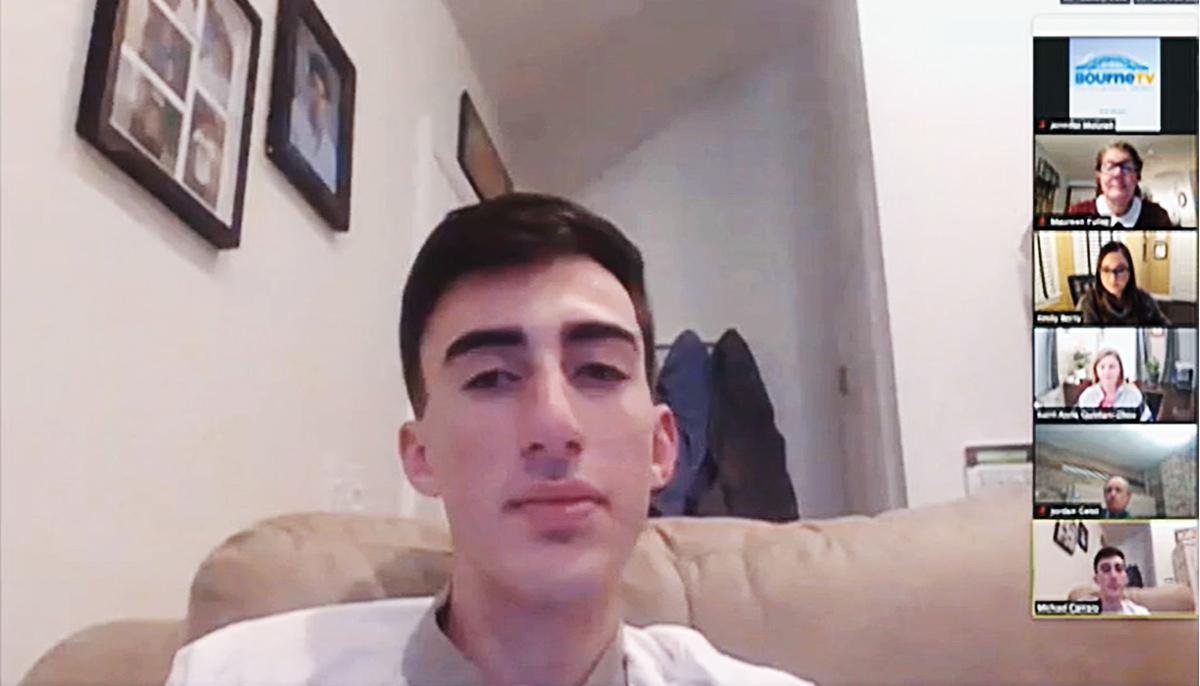 Bourne High School junior Michael Carrara speaks to the Bourne School Committee about the idea of having a student member. 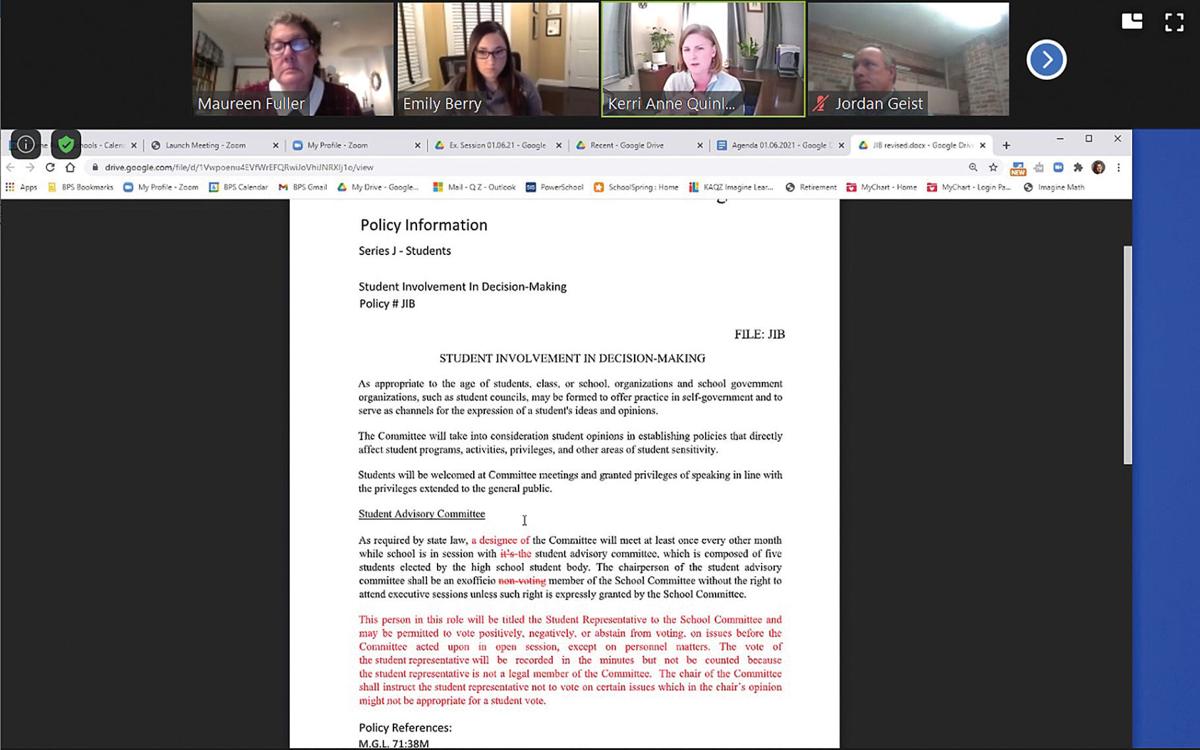 Bourne High School junior Michael Carrara speaks to the Bourne School Committee about the idea of having a student member.

Several Bourne High School juniors have paved the way for students to have a voice where it matters the most—at the table of the Bourne School Committee.

Michael Carrara, Eric Lerardi and Jeffrey Ellis were sophomores when they first presented the idea of having a student representative on the board as a voting member for their Civic Action Project. As of last week, the board is working on finetuning a policy that would make their idea a reality.

Michael said one of the events that inspired them to act on the project was a school visit from state Representative David T. Vieira (R-East Falmouth). He said Rep. Vieira gave them a few ideas of what they could do for their projects but also alluded to the idea of having a voting representative on the school board.

“He was happy to offer any help with our project,” he said. “It was a good honor to be received by someone with the position that he held.”

Since then, the teens have researched ways to become student representatives.

In addition to studying state laws and school committee policies, they have also been attending school board meetings. In particular, they joined the board at a policy subcommittee earlier this month to figure out where their request would fit.

It turns out that a policy allowing a student member of the board already existed.

Policy JIB states that the district should have a student advisory committee consisting of five high school students. The school board is required to meet with this committee at least once every two months during the school year.

The chairperson of the student board is expected to be a nonvoting member of the school board, unable to participate in executive session unless authorized by the school board.

In anticipation of adding the student member, the policy subcommittee has suggested some changes to the existing policy, including allowing the student to vote on issues the committee handles in open session, except for personnel matters.

The updated policy states that the student’s vote will be recorded in the minutes but is not a binding vote, as the student would not be a legal committee member. The board chairperson will have the ability to instruct the student not to vote on matters that the chairperson deems inappropriate for a student to weight in on.

The members of the school board have been largely receptive to the idea of having a student member but want to make sure it is done right.

Member Christopher Hyldburg said he has been in favor of having a student member for a long time but wondered if the student member would be asked to take a course on civic responsibility or if they would have the access to all of the agenda materials.

“There are a lot of logistics, but getting this up and running is important,” Chairwoman Emily Berry said.

Mr. Hyldburg said he just wants to make sure that the role is well-thought-out. Vice Chairman Paul McMaster seconded this position.

“I don’t know that I could support this tonight,” he said. “I want a clear delineation of what a student can vote on.”

Bourne High School’s principal, Amy Cetner, commended the students for sharing their project with the school committee and said the school is ready to create a student advisory board as soon as they get the green light.

Even though there are still some details to iron out before this idea comes to fruition, Michael said that having the support of the board is great.

“The fact that they believe in us and what we want to do is a great feeling,” he said.

Given that the pandemic hit just after they presented the project the first time, the students said they were not sure it would go anywhere at all.

“With COVID I thought it might not even happen because everything was shut down,” Eric said. “I thought we might not get back to school.”

Jeffrey said he was prepared to keep working with the board to implement the student member well after graduation, so the fact that it has come together in a short period of time has been mind-blowing, he said.