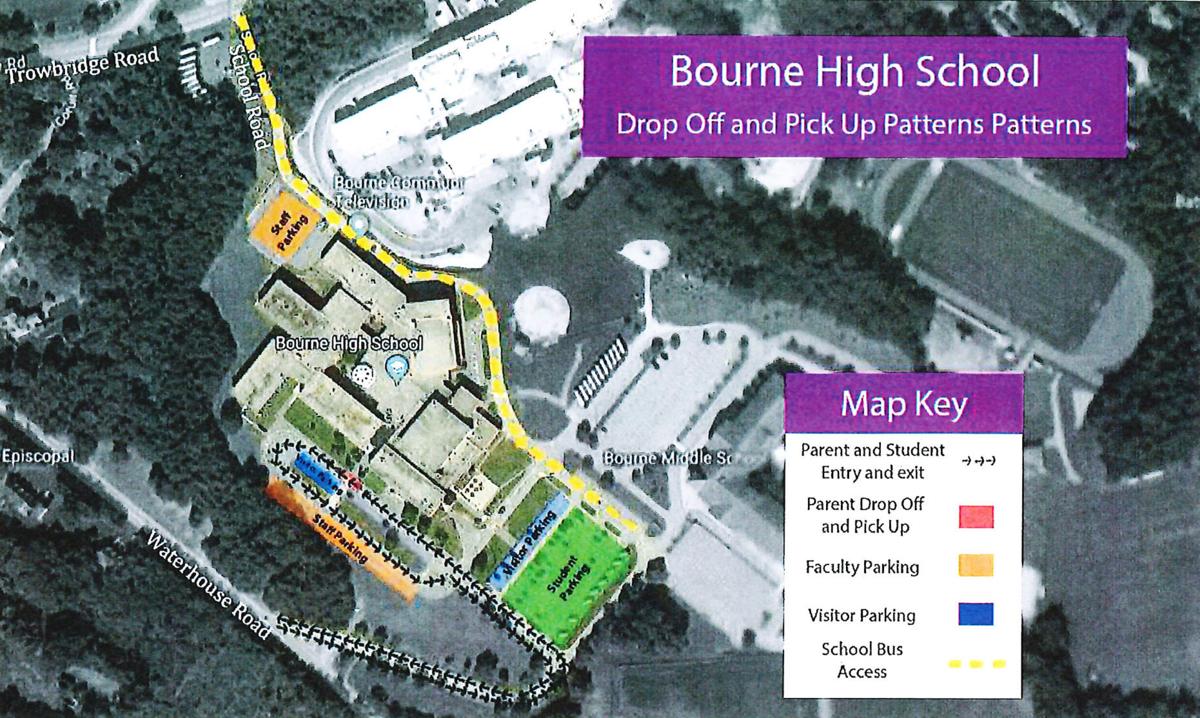 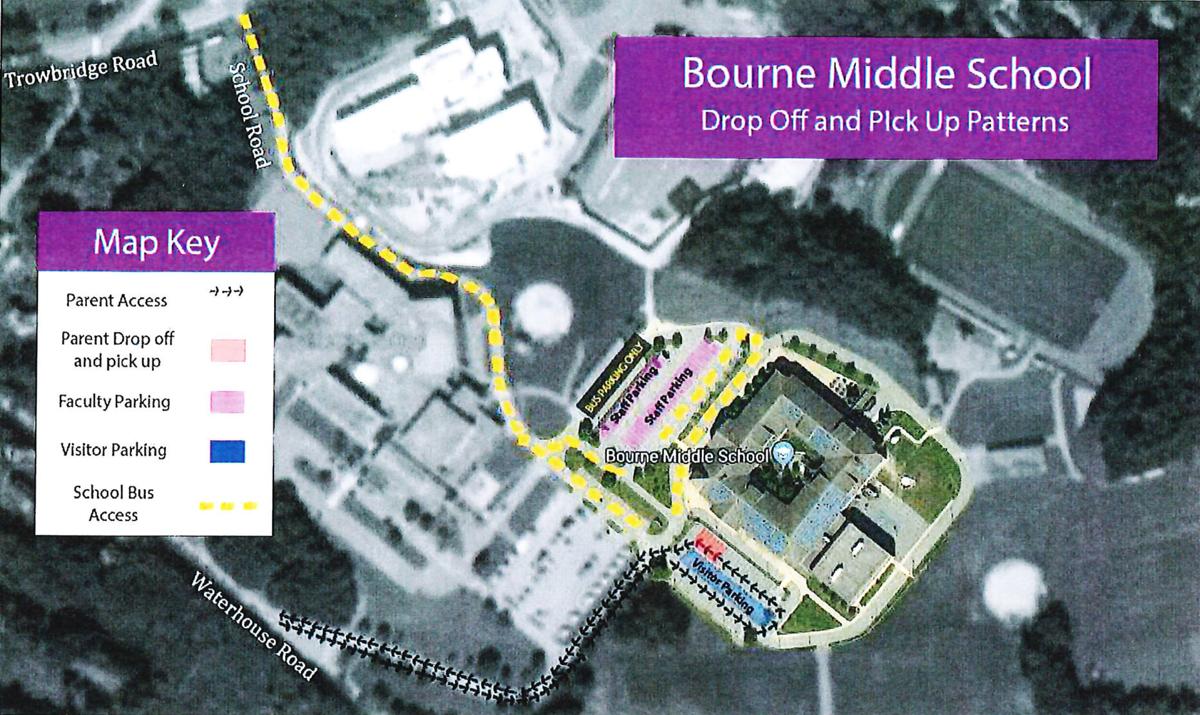 When students return to school in Bourne on August 27, there will be significant bus and drop-off changes.

At Bourne Middle School and Bourne High School, parents should be aware of a change in traffic patterns that has been designed to separate the students being dropped off by their parents from those on the school bus. This change has been made with the safety of students in mind, school officials said.

At both schools, parents are expected to drive toward the school using Waterhouse Road. Bourne Middle School parents will drop their children off at the side of the building, away from the bus loop and near the school’s visitor parking. Buses will drop students off at the building’s front entrance.

At Bourne High School, parents are to drive along Waterhouse Road and drop their children off at the school’s main entrance—near the visitor and staff parking lots. Students who take the bus will be dropped off near the gymnasium entrance.

In addition to the change in drop-off patterns, students who attend the elementary and intermediate schools in Bourne will be taking buses that are marked differently. Buses going to both schools may arrive at the same time at any given bus stop.

At the Bourne School Committee meeting last Wednesday, August 14,assistant superintendent Melissa Ryan said that staff members will be directing traffic during the first few weeks of school to ensure that the changes go smoothly.

Ms. Ryan said the new routine is much different than the previous routine but she does not expect many hiccups following the adjustment period.

“The more we stick to the routine, the more efficient it will become,” she said.