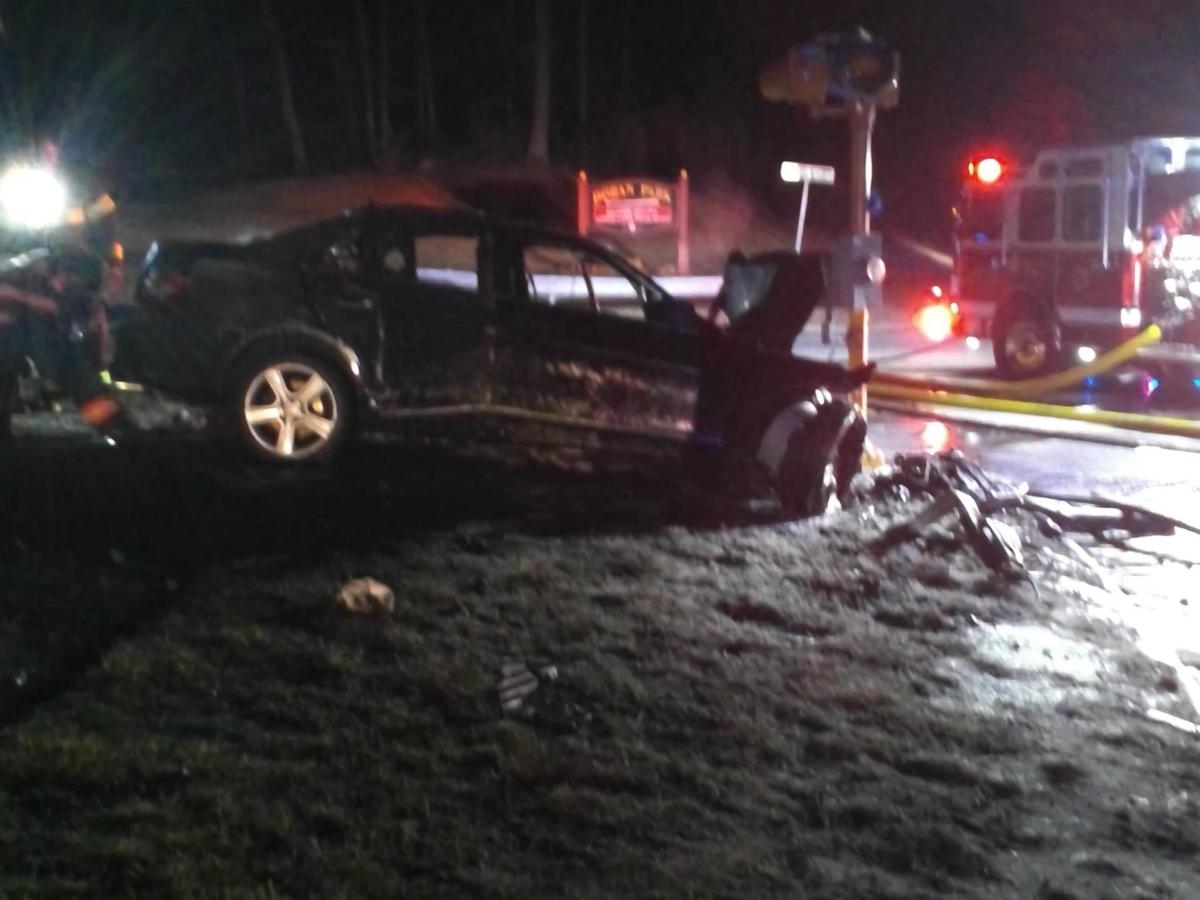 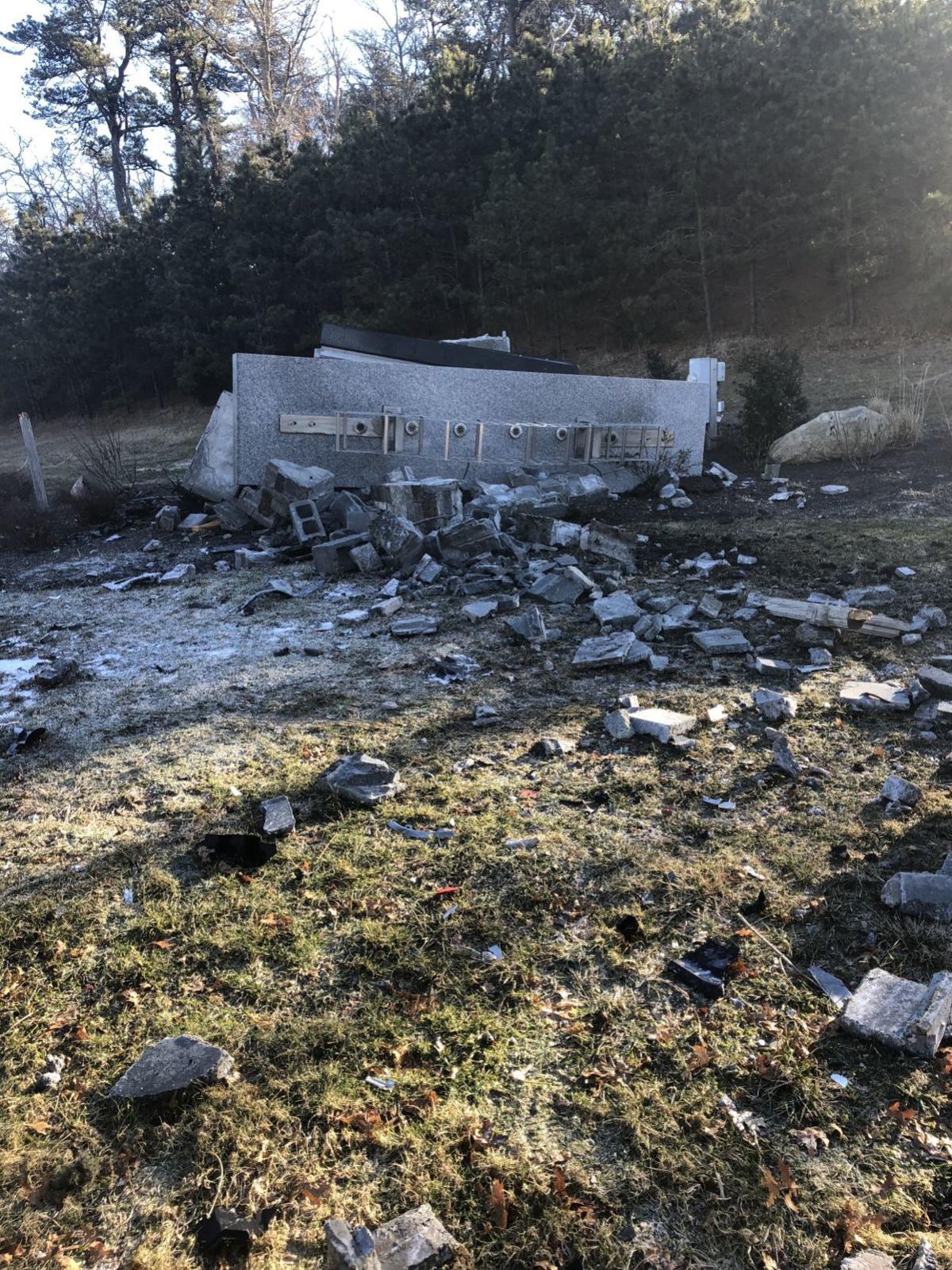 Rubble is all that remains of the Upper Cape Cod Regional Technical School sign following the deadly crash.

The single-car crash occurred at about 3:22 AM Saturday, February 15, the Bourne Police Department wrote in a press release.

Bourne police officers found the vehicle fully engulfed in flames. It appeared to have been headed west on Sandwich Road when it veered off the road to the left and struck a stone wall, police said.

"The first two Bourne Police Officers knew the operator of the vehicle was trapped inside. Officers pried open the driver's door and, using fire extinguishers, were able to knock down the flames just enough to extricate the operator," police said.

Officers then noticed that there was another person in the front passenger seat. After extricating the passenger, officers confirmed that there were no other occupants in the vehicle as the Bourne Fire/Rescue Department arrived on scene. Firefighters finished putting out the fire and, with the assistance of the Sandwich Fire/Rescue Department, treated the driver and passenger, who were transported to area hospitals.

"Sadly, the operator did not survive his injuries," police said.

The names of the driver and passenger have not been released, and the accident is still under investigation.

The two young men were brothers from Falmouth.