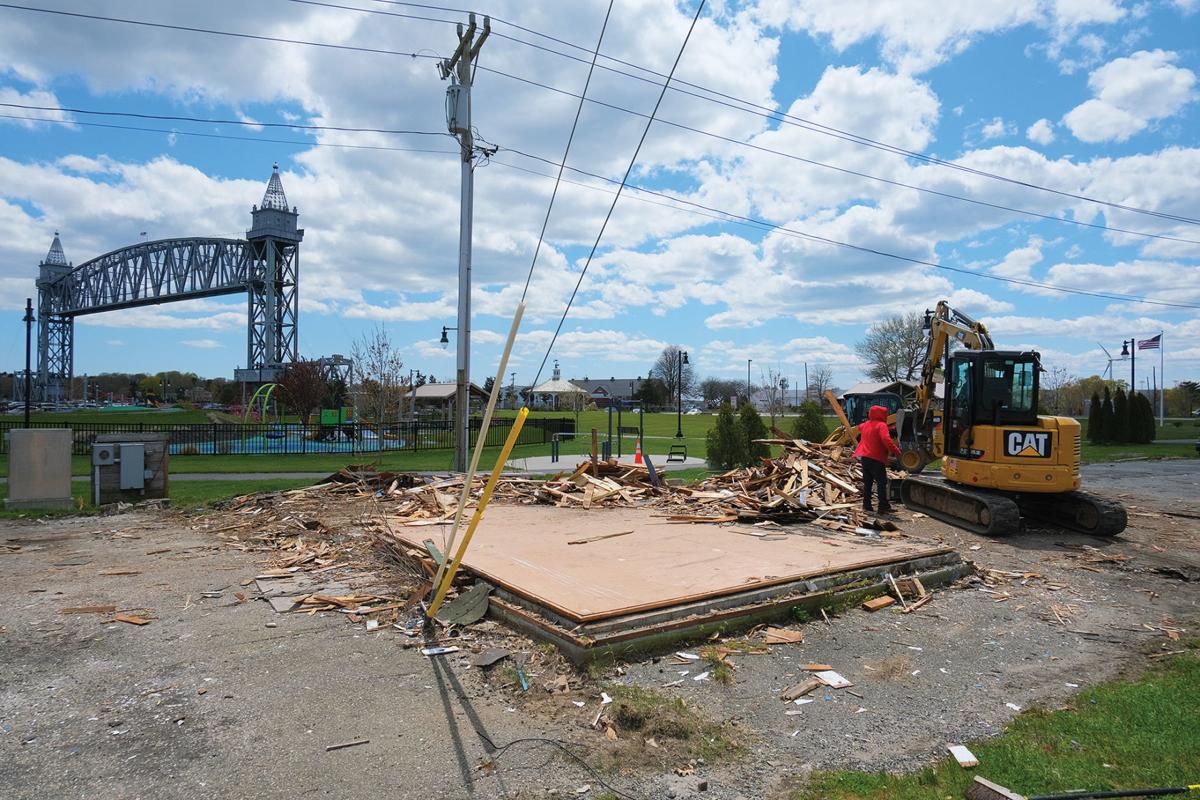 The familiar building that formerly housed Krua Thai restaurant on Main Street in Buzzards Bay was demolished Tuesday. Krua Thai is now across the street in a new location. 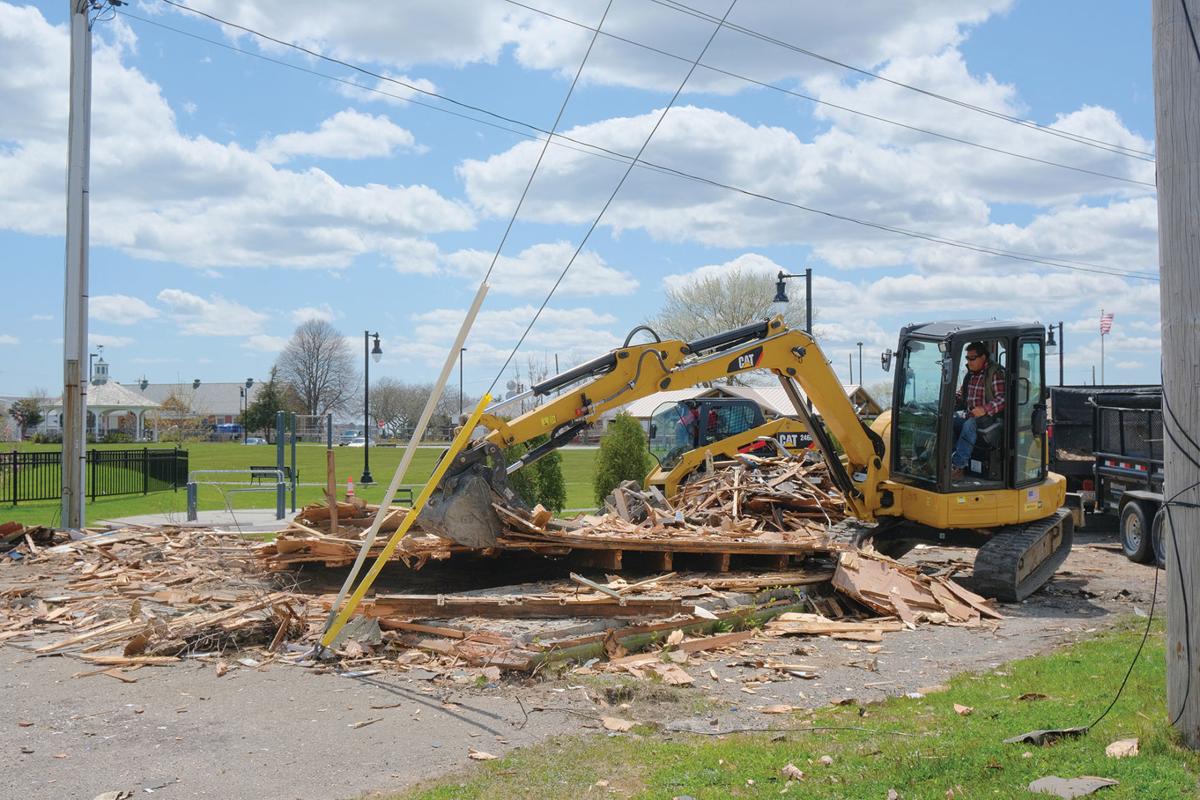 The familiar building that formerly housed Krua Thai restaurant on Main Street in Buzzards Bay is being demolished, May 12. Krua Thai Restaurant is now across the street in a new location.

The familiar building that formerly housed Krua Thai restaurant on Main Street in Buzzards Bay was demolished Tuesday. Krua Thai is now across the street in a new location.

The familiar building that formerly housed Krua Thai restaurant on Main Street in Buzzards Bay is being demolished, May 12. Krua Thai Restaurant is now across the street in a new location.

A gas line leak occurred at the former Krua Thai restaurant on Main Street in Buzzards Bay. The leak happened as the building was being demolished to make room for a new ice cream parlor.

“A three-quarter-inch line was struck, and there was an odor of gas in the area,” he said.

A crew from National Grid was on the scene soon after firefighters arrived. The gas line that was hit was shut down within four minutes of the fire department receiving and responding to the original call, Deputy Chief Pelonzi said.

National Grid spokeswoman Christine Milligan confirmed that the company’s service line to the building was hit while the building was being taken down. Ms. Milligan also said that gas escaped into the air, but crews were on the scene making necessary repairs.

Ms. Milligan added that the line the work crews hit serviced only the building at 100 Main Street, which had been empty after the restaurant’s recent move across the street. No other customers with the utility were affected, she said.

“It didn’t disrupt anyone else’s service,” she said. “There was no customer impact.”

Demolition crews started taking down the former restaurant Tuesday morning. The Krua Thai moved across Main Street into a new building in late January. Property owner Vincent P. Michienzi plans to build a new structure that will serve ice cream and some food items on the site.

Plans for the new eatery, located near Buzzards Bay Park with its playground and splash pad, were approved by the planning board last month.