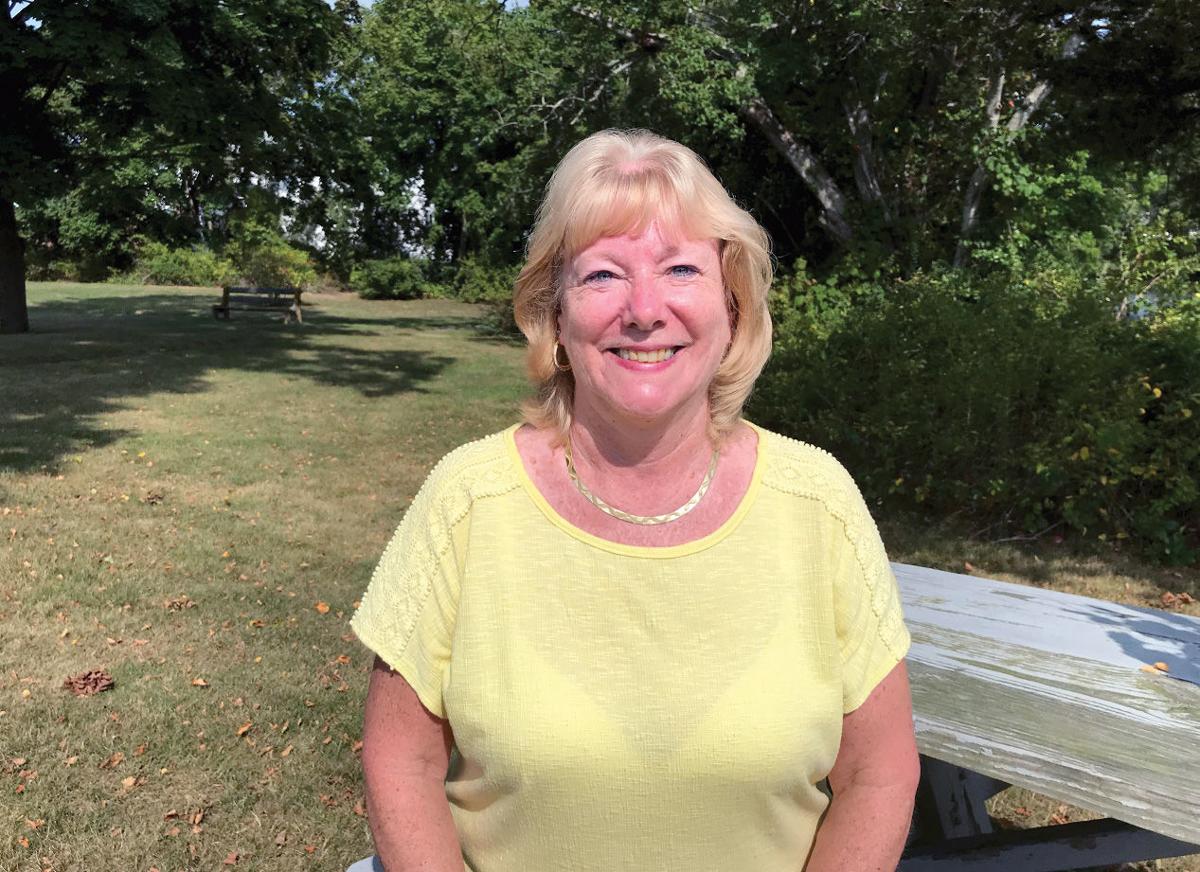 After 39 years, Debbie Judge is retiring as an administrative assistant in the office of the Bourne Town Administrator. 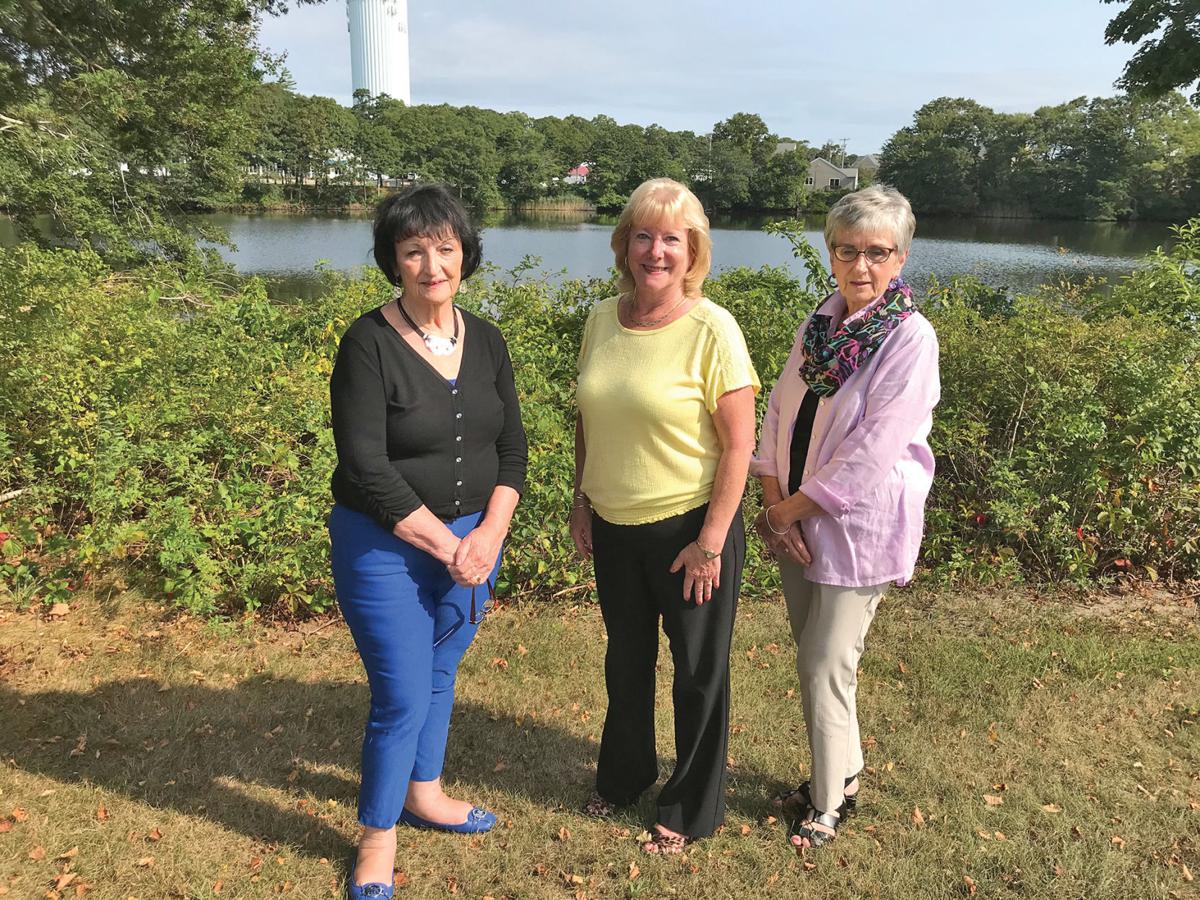 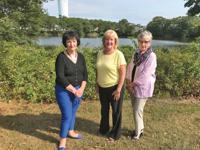 After 39 years, Debbie Judge is retiring as an administrative assistant in the office of the Bourne Town Administrator.

A very special gift was delivered to the Board of Selectmen/Town Administrator’s office at Bourne Town Hall this week: a glass vase containing more than 3 dozen white and red roses, 39 of them to be exact.

The bouquet was ordered by Sandwich resident Paul H. Judge Jr., and the flowers were for his mother, Debbie M. Judge, who is retiring Friday, September 11. Each rose represents one year that Ms. Judge has worked for the Town of Bourne.

The longtime administrative assistant in the Town Administrator/Selectmen’s office leaves today, but her official retirement date will be September 25, which also happens to be her birthday, she said.

Bourne Board of Selectmen chairwoman Judith M. Froman called Ms. Judge “a steady, pleasant and highly professional employee.” Ms. Froman cited Ms. Judge’s pleasant demeanor, calling it “contagious,” and highlighted the assistance she has given both the board of selectmen and the board of sewer commissioners over the years.

“She is a team player who keeps us organized and informed all the while adapting to changes in personnel, systems, and society,” Ms. Froman said.

Ms. Judge said that, over the course of her career, she has been witness to a lot of change inside Bourne Town Hall. She has worked with a number of town administrators, including William R. Griffin, Thomas M. Guerino, and her current boss, Anthony E. Schiavi. She has also worked with more selectmen than she could remember.

“I’ve enjoyed all the selectmen that I’ve worked with,” she said. “I’ve always enjoyed them. There’s not one that I didn’t care for. They’ve always been easy to work with, and it’s been a pleasure to work with them all.”

She added that, having grown up in Bourne, it has been “an honor and a privilege” to work in the town she grew up in and serve the residents. She called that part of her job “the most fulfilling part.”

A native of Bourne, Ms. Judge was a product of the Bourne public school system. Upon graduation from Bourne High School, she went to work for the Town of Bourne under the federal Comprehensive Employment and Training Act program.

The program was designed to train workers and provide them with jobs in the public service. Ms. Judge said she went to work at Bourne Town Hall in 1978 under CETA, and was hired a year later. She said that Bourne Town Hall is the only workplace she has known.

She said that she was laid off from her job with the town in 1981 for almost 4 years before being called back to work. She worked for several departments in town hall, including the building department and the Department of Natural Resources/Conservation before those two departments were split off.

During another period of layoffs later in the 1980s, she said, she spent one year in the Selectmen/Planning Board office when those two groups were combined. Her work hours were reduced, but the workload was full time, and some members of the planning board were difficult to work with, she said.

She described it as “a difficult year” and admitted that she almost left. She said that she decided to stay on when former planning board member and selectman Donald E. (Jerry) Ellis “took me under his wing.”

“If it wasn’t for him, I probably wouldn’t be here today,” she said. “He is awesome. He is the best.”

Asked to comment on Ms. Judge, Mr. Ellis returned her compliment and said she is “worth her weight in gold.” He confirmed that Ms. Judge had a lot on her plate during her time in the planning department. He said that she became “the best secretary I ever had.”

“When I went into a meeting, it didn’t matter what I needed, she would hand me the folder, and everything required to be needed was there,” he said. “She never missed a beat, she was the best ever.”

Former selectman Donald J. Pickard served with Mr. Ellis on the board, and concurred with his one-time colleague’s assessment of Ms. Judge. Mr. Pickard served as a selectman for 9 years, and during all that time “it was a distinct pleasure to work with Debbie Judge,” he said.

Mr. Pickard said that most of the material the selectmen require to make decisions on behalf of the town was prepared by Ms. Judge and her colleagues in the selectmen/town administrator’s office, Nancy J. Sundman and Mary E. Rebello. The necessary information, he said, was always readily at hand.

He also complimented Ms. Judge on her pleasant demeanor when dealing with the public, a task, he said, that can be difficult at times. Ms. Judge always did it with a smile, he said.

“She will be missed,” he said. “I hope she and Paul enjoy their retirement.”

Ms. Judge said it has been a joy working with Ms. Sundman and Ms. Rebello over the years. The trio, she said, made a great team, and her colleagues were “awesome to work with.”

Mr. Schiavi has been on the job as Bourne’s Town Administrator for less than a year. That short period of time, he said, “has truly been a pleasure working alongside Debbie Judge.” The institutional knowledge she developed over her years in town hall, he said, “was extremely helpful in getting me acclimated to Bourne in just a short amount of time.”

Mr. Schiavi said that Ms. Judge embodies the essence of public service, with her “dedication, commitment and service to others.” He said she is to be commended for her 39 years of dedicated service to the town.

“Although she will be missed by many,” he said, “she has without a doubt left an indelible mark on this organization that will be remembered for a very long time.”

Peter J. Meier, the longest-tenured member of the board of selectmen, acknowledged the assistance that Ms. Judge has provided him, as a selectman and when he was a member of the planning board. Mr. Meier also noted Ms. Judge’s institutional knowledge.

Ms. Judge said she and her husband, Paul, will celebrate their 41st wedding anniversary in November. They have two children, Paul Jr. and Jennifer. Paul Jr. lives on the Cape in Sandwich with his wife and son. Jennifer, she said, resides in Hudson, Florida.

She said this summer has been “a different summer” and she looks forward to COVID-19 being eradicated so she feels comfortable visiting her daughter and son-in-law.

“You just can’t travel the way you used to,” she said, “so things like that are different. It’s kind of disappointing that I can’t do my traveling to Florida, but I can wait until maybe the spring to do that.”

Ms. Judge is also a cancer survivor, having battled a bout with melanoma. She said she was diagnosed with it in December, 1996, underwent treatment for a year, and has been checked periodically since then. This year, she received news that she is cancer-free.

“I was stunned,” she said, “and after I said, ‘You know what, retirement’s for a reason.’ I’ve been told I’m cured of my cancer, I’m retiring, and I’m retiring on my birthday. Going out on top!”

She and her husband love to go boating. She enjoys biking along the Cape Cod Canal. The couple also plans to travel, ideally to places she has never been.

Working somewhere part-time or volunteering someplace is not on her radar; not yet anyway, she said. There are plenty of ways she can keep herself busy, she said, or she can enjoy some well-deserved down time.

“I would like to take my book, sit out in my backyard in my swing, and just enjoy life,” she said.

'I never thought I would be here for 39 years. It’s been quite a ride.'