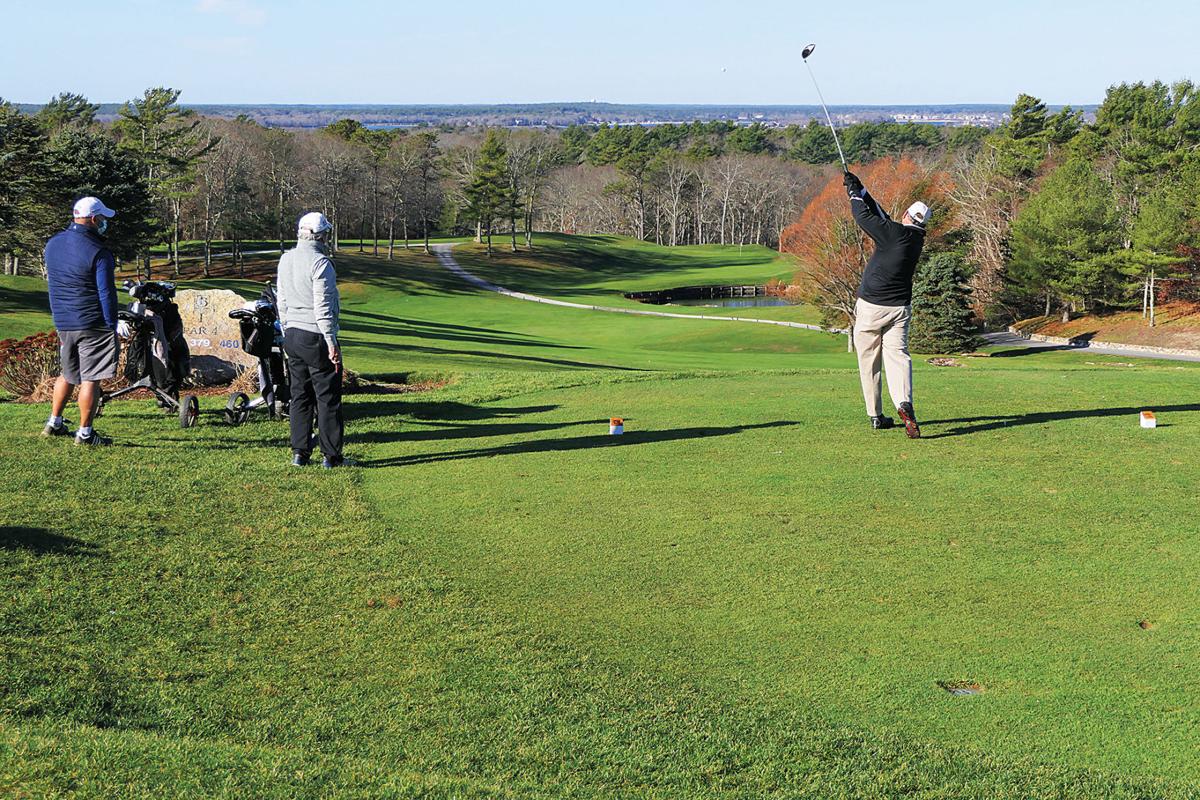 A group tees off at the first hole at Brookside Golf Club. 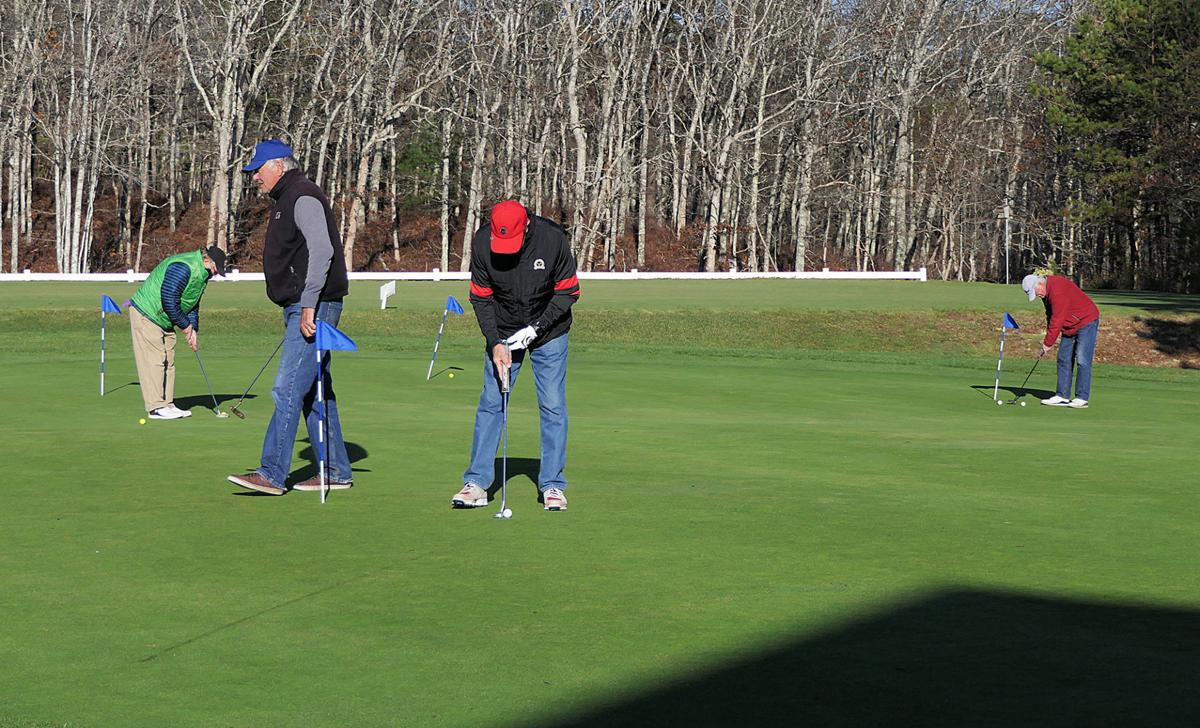 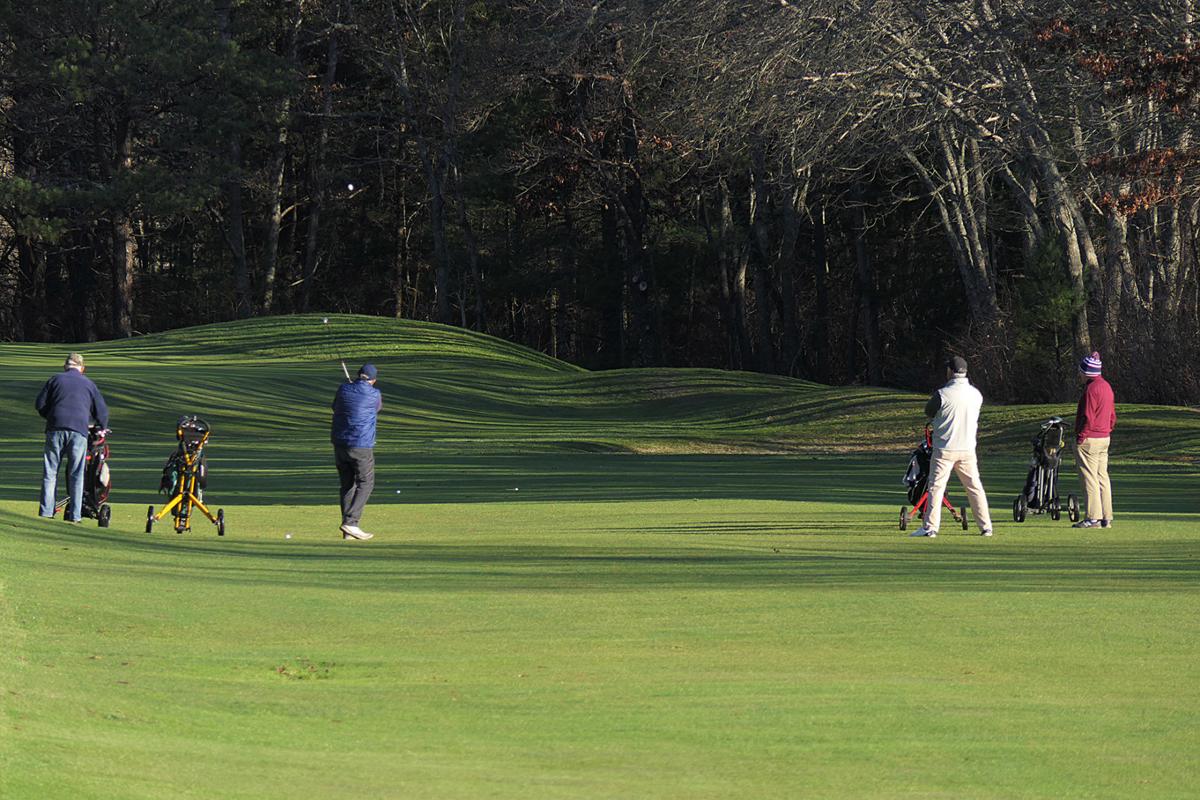 A foursome enjoys a round at Quashnet Golf Club.

A group tees off at the first hole at Brookside Golf Club.

A foursome enjoys a round at Quashnet Golf Club.

As COVID-19 hit Massachusetts and a state-ordered shutdown commenced in mid-March, many businesses were forced to cease operations. Among them were the region’s many golf courses, most of which usually remain open year-round to the hardiest of golfers willing to brave the winter chill.

Budgets were slashed to the bone, the few employees usually kept on during the colder weather months were laid off and course managers steeled themselves for doomsday scenarios given the prospect of no business for the foreseeable future. What ensued, however, was far from doomsday.

When the state gave the order for golf courses to reopen in early May, there was a proliferation beyond the imagination of any golf professional. The sport flourished beyond all expectations, with some courses reporting the best golf season ever in spite of being shut down for two months in the spring.

At Brookside Golf Course on Brigadoone Road in Bourne, golf professional Christopher Gagnon declined to give out specific dollar amounts in revenue the course took in this year. However, there were definitely more rounds played this year than were played in recent years, he said.

“I’m not exactly sure how many, but definitely higher than in the past three to four years,” he said, adding that he saw more golfers than are typically seen playing at Brookside, many of them young people.

“It was a younger crowd, college kids, or people who usually work in an office but were working at home,” he said.

Mr. Gagnon said the same scenario is being played out elsewhere. Other golf course managers, superintendents and pros are reporting the same kind of uptick in business this year in spite of the coronavirus.

“A large amount, huge amount of rounds were played,” he said. “Both public and private courses have been very busy this year.”

He attributed the surge in business also to the warm weather the Northeast has enjoyed this fall. The dominating factor, however, is people being at home and finding they had the time either to get back to the game or to start playing, he said.

“Good weather, people working from home, college kids not being at college; it all contributed to the increase in rounds,” he said.

Matthew Burgess, general manager at Falmouth Country Club in East Falmouth, described a similar situation, noting he has been the general manager for 12 years, and 2020 is far and away the course’s most successful year.

As proof, he recalled that in 2008 there was a total of 46,600 rounds of golf played at Falmouth Country Club. That number, he said, was the high-water mark for the course, which is open year-round.

This year, the course is on target to have 55,000 rounds played.

“The pandemic’s been great for golf,” he said. “I think it’s been great, for at least a while, where it’s kind of brought people back to golf again.”

“People were looking for an outdoor activity,” he said, “[to] just get out, whack the ball and get out of your house.”

Timothy Turberville is the teaching pro at Falmouth Country Club. Mr. Turberville said there was a noticeable decrease in the age of people who took lessons with him this summer. He estimated that 50 percent of his students were 40 or younger. Before this year, the percentage of students he had who were in that age group was about 10, he said.

In addition to noting an increase in the number of women golfing this year, he said, “All my students were taking lessons and going to the first tee and playing nine holes.”

When courses were allowed to open, COVID-19 restrictions forbade patrons from entering the pro shop. That prohibition posed a possible loss in revenue, Mr. Burgess said, because impulse items such as golf balls, tees and apparel are typically purchased while people wait in line to pay. Again, despite the lack of business early on, the pro shop will do record-breaking business this year, Mr. Burgess said.

The real beneficiary of Falmouth Country Club’s business boom this year, Mr. Burgess said, will be the Town of Falmouth. He noted that the course pays the town an annual rental fee of $400,000. There is also a 50-50 split of revenue from greens fees, cart fees, and incidentals such as club rentals.

“So this year, it’s nuts how much they’re getting,” he said. “Well over $700,000 the town will make from Falmouth Country Club this year.”

At Sandwich Hollows Golf Club in Sandwich, director of golf John Johnson said there has been a definite upsurge in business, though not necessarily record-breaking.

“It’s been decent,” he said, “not blockbuster, but definitely an uptick.”

Mr. Johnson attributed the surge to the fact that there are so few entertainment outlets for people to enjoy. For instance, people cannot go to a movie or a bowling alley, he said, so that has brought a lot of people out to the golf course who otherwise would not play.

“It’s just like when Tiger Woods first hit the tour, same kind of thing,” he said.

Mr. Johnson explained that Sandwich Hollows’ fiscal year runs from July 1 to June 30, so he could not provide year-end figures on revenue or rounds played. He did confirm, however, that the number of rounds played each month in the current fiscal year is higher than normal.

“Every month has been up from previous years,” he said. “We average 27,000 rounds a year, but we still have six months to go, and if we shut down again, I don’t know if that number will stay up, but it’s been great the last four months.”

Unlike Falmouth Country Club, Sandwich Hollows pro shop sales are down, but that is because the public was not allowed inside until the past month. The shop stayed closed since the mid-March shutdown, with people paying for their round by swiping their credit card outside at a window. No golfers going inside eliminated such impulse purchases as golf balls, tees and apparel, he said.

Mr. Johnson echoed Mr. Turberville’s assessment that much of the new business at the course was the younger generation taking up the game. The newbies, he said, were people “working from home who could make their own hours.”

“They might play nine holes and work just half a day,” he said, “or even work from a mobile device on the golf course.”

As for the future of golf in the aftermath of COVID-19, Mr. Johnson said he could see where there might be a bit of a falling off in interest, “but we will capture some new golfers.” Much of what happens, he said, depends on how the workforce goes back to work post-pandemic.

“I think if people are able to work from home or on their mobile device, people will get out more,” he said.

Not surprised. Golf was our "go to" for fun and distanced social this summer.

The Curious Can Take A Virtual Visit To Woods Hole Laboratory