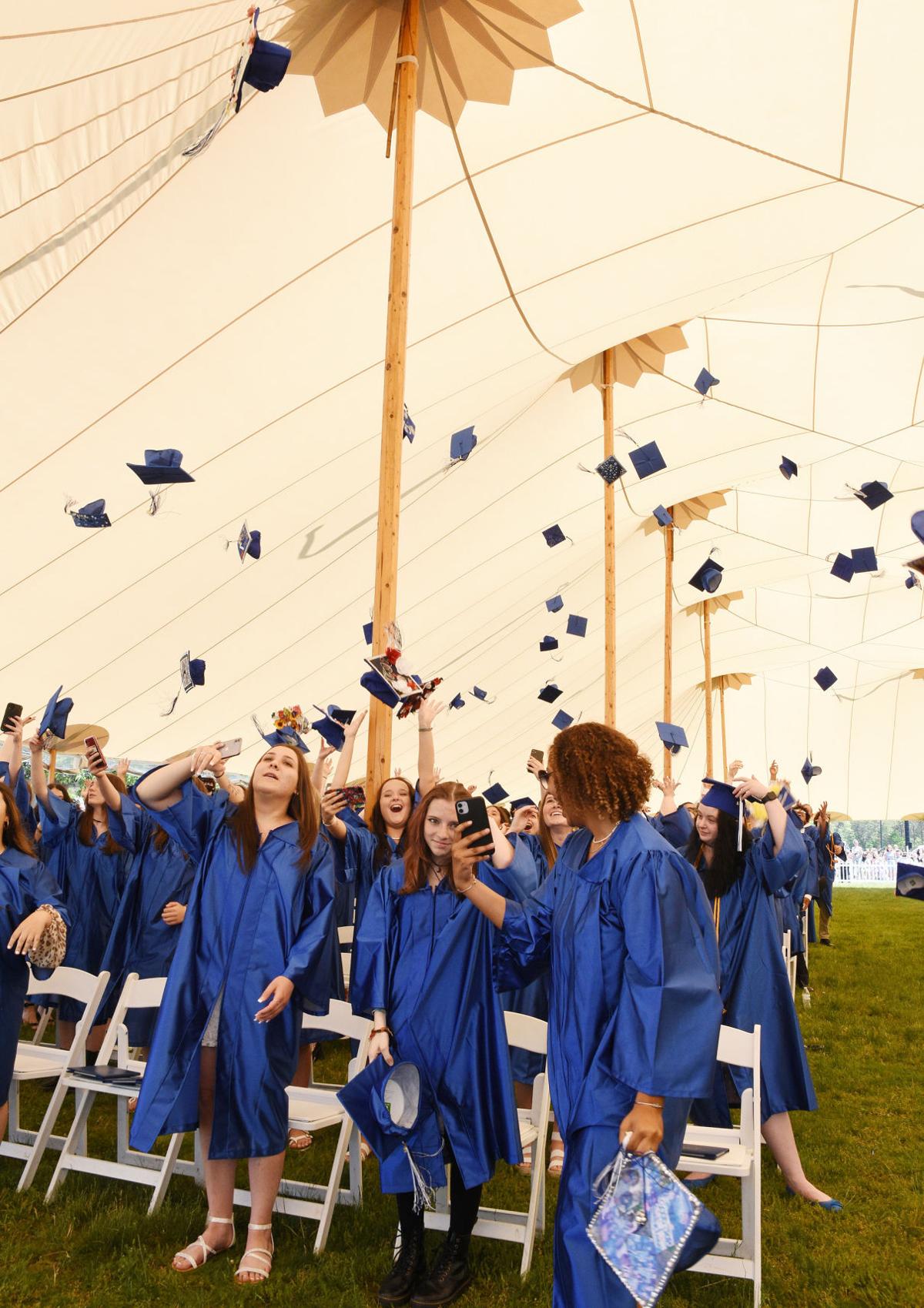 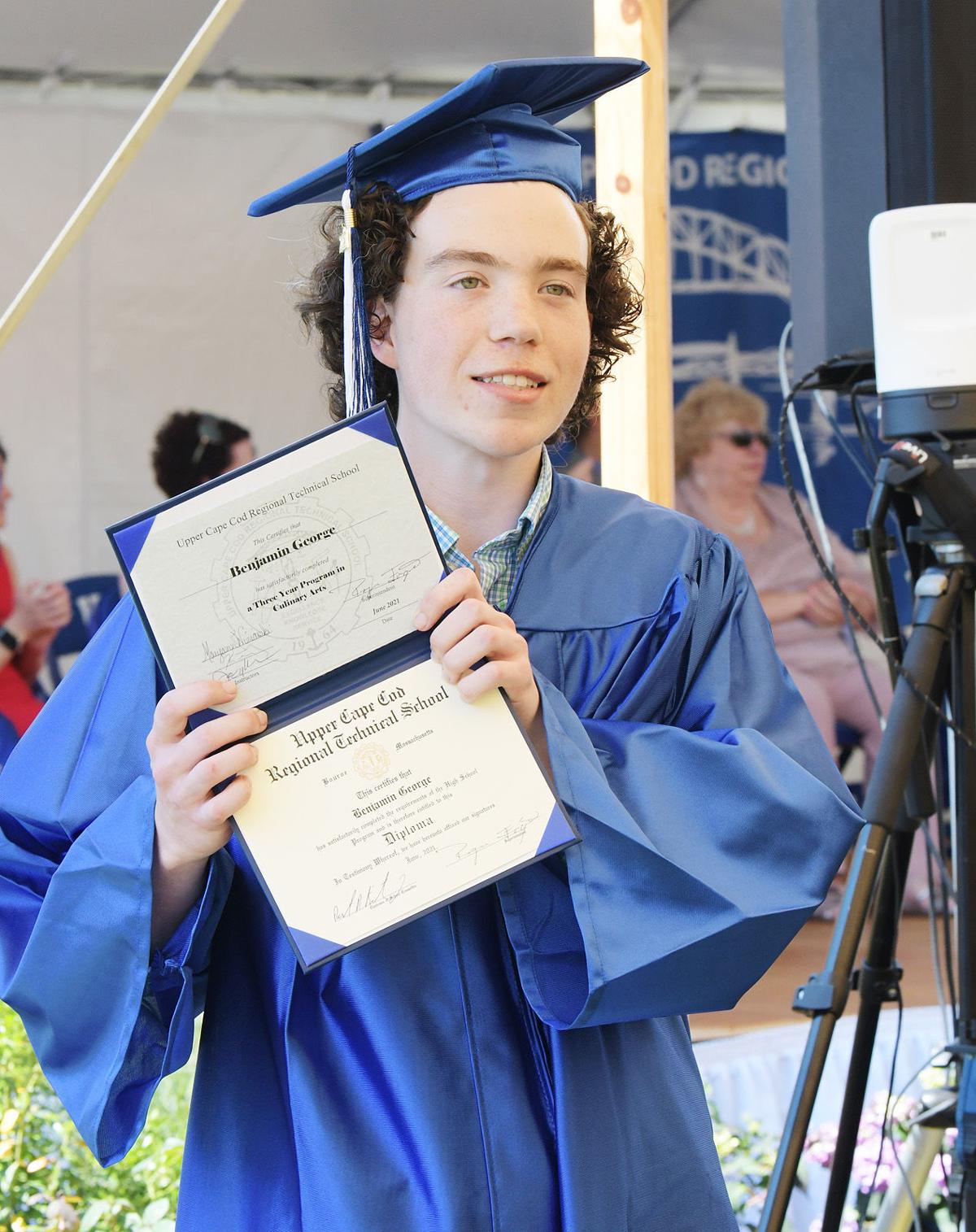 Benjamin George holds up his diploma during the Upper Cape Tech graduation. 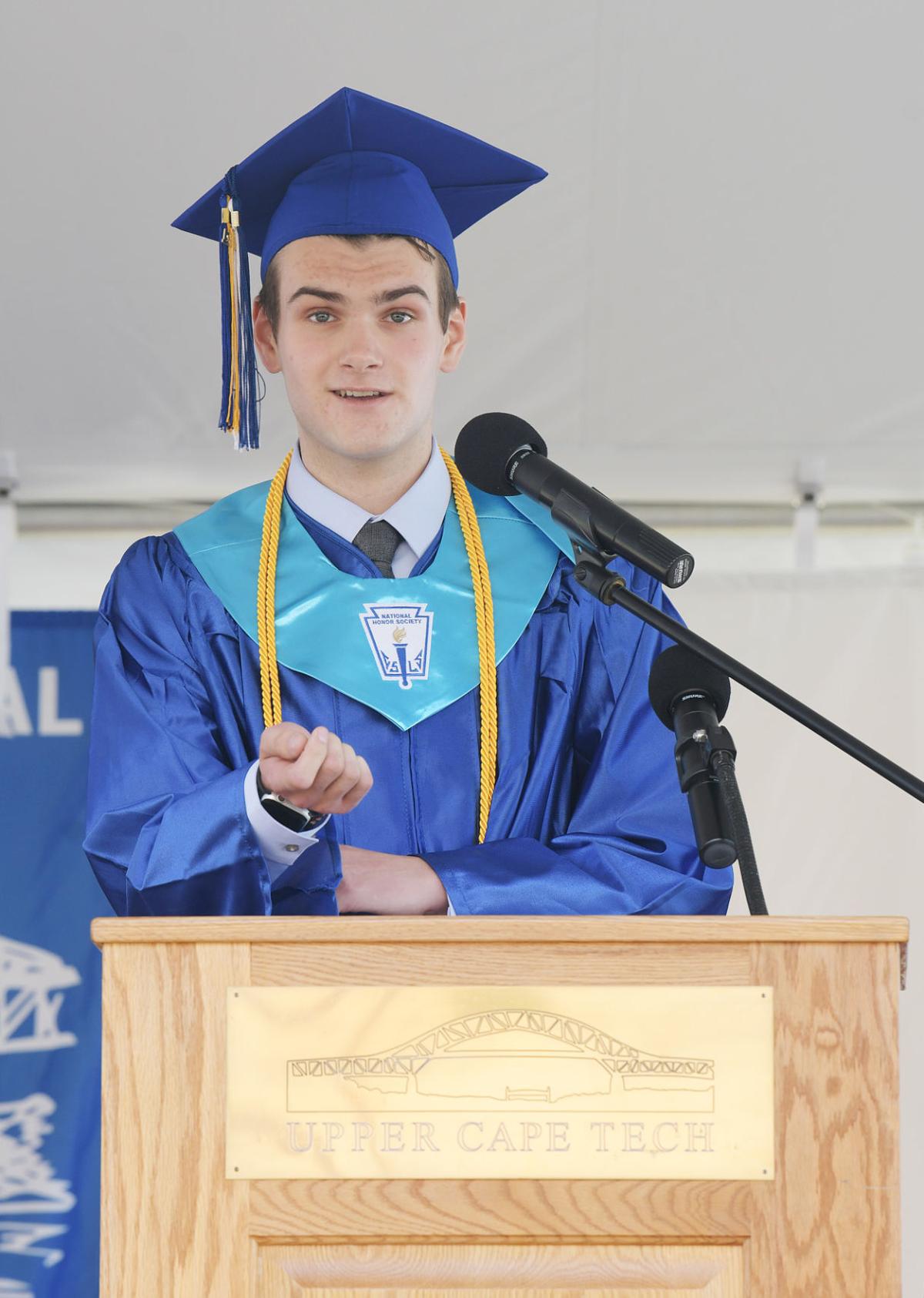 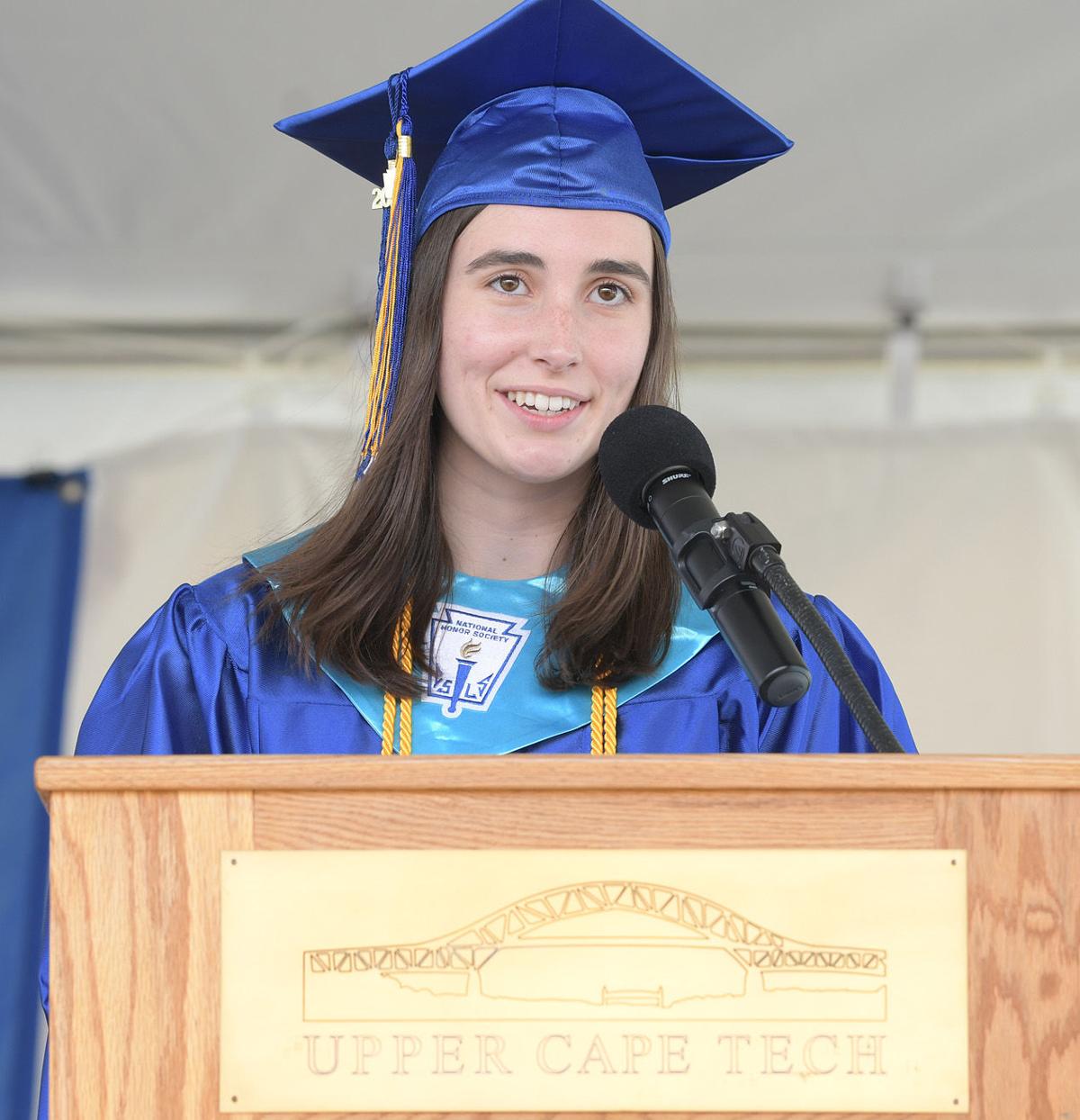 Benjamin George holds up his diploma during the Upper Cape Tech graduation.

From under a tent on the school’s athletic fields, the 172 members of the class received their diplomas and were recognized for scholarship awards they had won.

Graduates and their families were welcomed to the ceremony by senior class advisor Caitlin Sheehan before being led in the Pledge of Allegiance by class co-presidents Ezra Barboza and Brian Roche. Speeches were also given by Superintendent Roger Forget, Valedictorian Samantha Robichaud and Outstanding Vocational Technical Student of the Year Samuel Knox.

Ms. Robichaud spoke to her classmates about the challenges they faced over the past year and of how they have overcome those obstacles as a result of their own resilience and ability to adapt with the help of others.

“We have managed to endure something that no one has had to in over a hundred years,” she said.

She said this resilience shows that they are ready for whatever challenges they may face in the future. In those times when they do face adversity, she asked that her peers not be afraid to ask for help when they need it.

Samuel Knox spoke about how fleeting the high school experience is and how, by the time that realization hits, high school is almost over.

“Senior year has finally arrived, and it has gone by in a blink of an eye,” he said. “Between co-op and being virtual, we were barely in school.”

He said he knows he is not the only one of the class who had rolled out of bed two minutes before class hoping that his computer would start up in time for class.

Concluding his speech, Samuel echoed the wisdom shared by Ms. Robichaud. They have been well-prepared for their futures, and they should seek help when it is needed.

“Always reach out anytime to one another, for this class will always be there for each other,” he said. “And take a breath. This part of our lives is over, but we have only begun. Congrats and thank you, Class of 2021.”