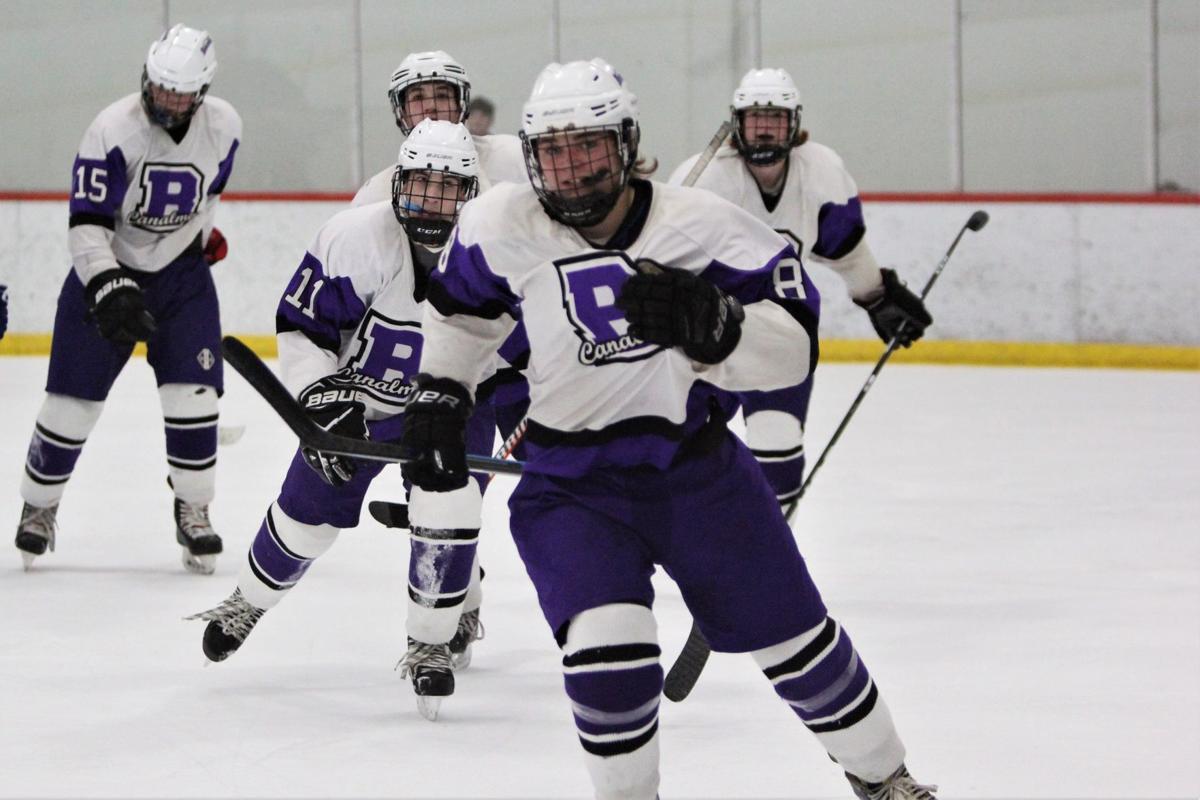 Bourne junior Owen Lapworth skates toward his bench after tying the game in the second period against Wareham/Carver on Wednesday at Gallo Ice Arena. 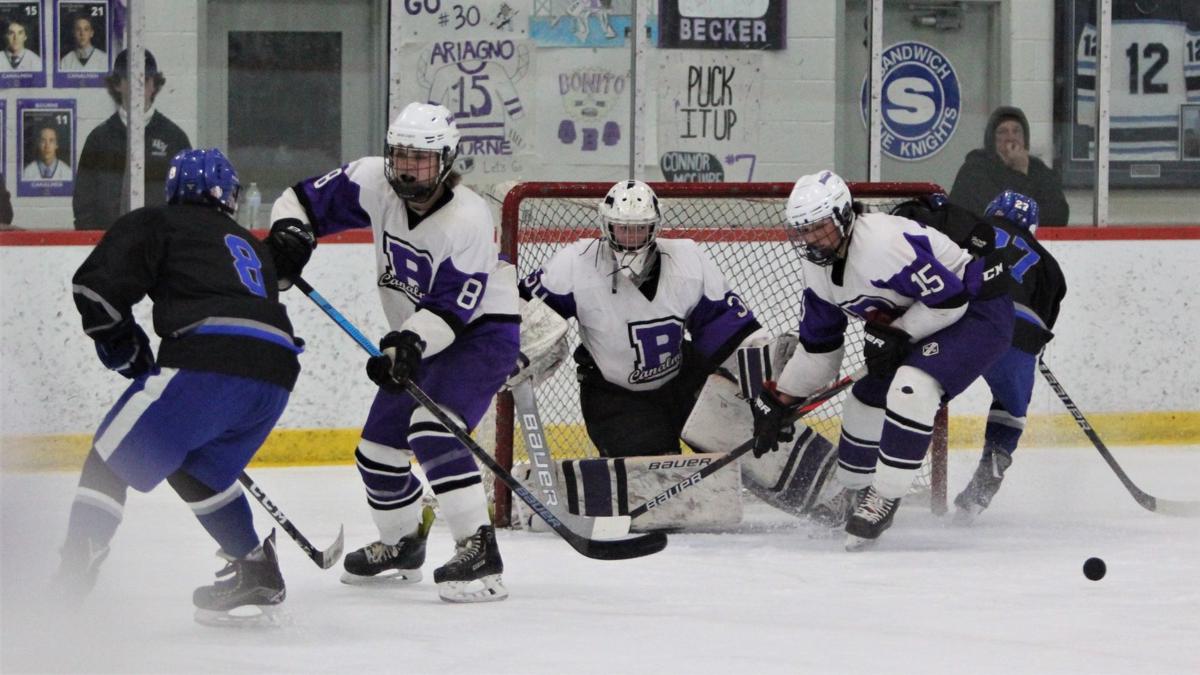 In the team’s final home game of the 2019-20 season, the Bourne boys’ hockey team put forth a strong effort to avenge an early-season loss to archrival Wareham/Carver.

The Vikings opened the game with two quick goals in the first period, but the Canalmen went on to score three unanswered goals between the first and second periods and hung on in the third for a 3-2 win on Wednesday, February 12, at Gallo Ice Arena.

Before the game the Canalmen honored their seniors, but once the game started, the game belonged to the juniors. Bourne trailed 2-0 early after back-to-back goals from Wareham’s Quirino doCanto before junior Owen Lapworth took the game over.

He cut the deficit in half, finishing off a pass from senior Morgan Hopwood about 30 seconds into a power play. Then, with a little more than a minute remaining before the first intermission, Lapworth knotted the game at two apiece with a great individual effort, following up his original shot to earn the tally.

In the second period, junior Matt Glennon let loose a hard wrist shot that beat the Vikings’ goalie nearside and rung the crossbar before resting in the net for what would amount to the game-winning goal.

The score held at 3-2, with senior goaltender Kyle McGuire responded in a strong fashion after letting the two goals slip in early. McGuire, along with his twin brother and co-captain Connor, joined fellow classmates Andrew Ariagno, Karsten Becker, Kam Sassone, Mike Bonito and Becker in being honored before the game.

With the win Bourne avenged a 3-1 loss to the Vikings at Gallo back on January 15.

Playing a non-conference regular season game at the Dunkin’ Donuts Center in Providence, the Canalmen did not disappoint playing at a big venue.

Squaring off against the Indians on Sunday, February 9, the Canalmen took an early lead, but the one-loss Dartmouth team (16-1-1) came back to earn the regular season sweep against Bourne.

Glennon opened the game’s scoring with an unassisted goal in the first period before Dartmouth knotted the game in the second period and went ahead in the third.

Kyle McGuire stopped 40 of 42 shots on net in the loss. Dartmouth won 5-0 in the Canalmen Classic against Bourne on December 21.