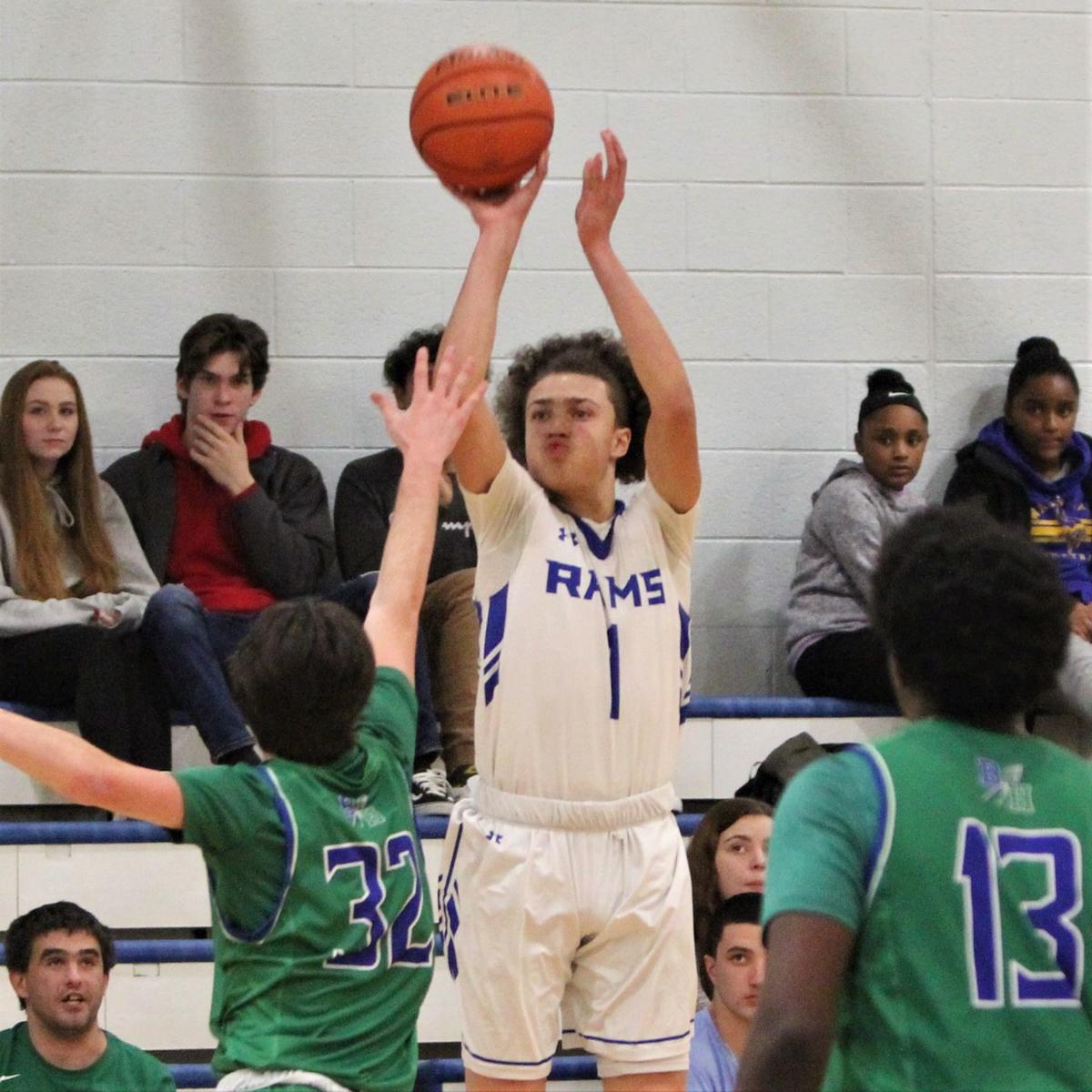 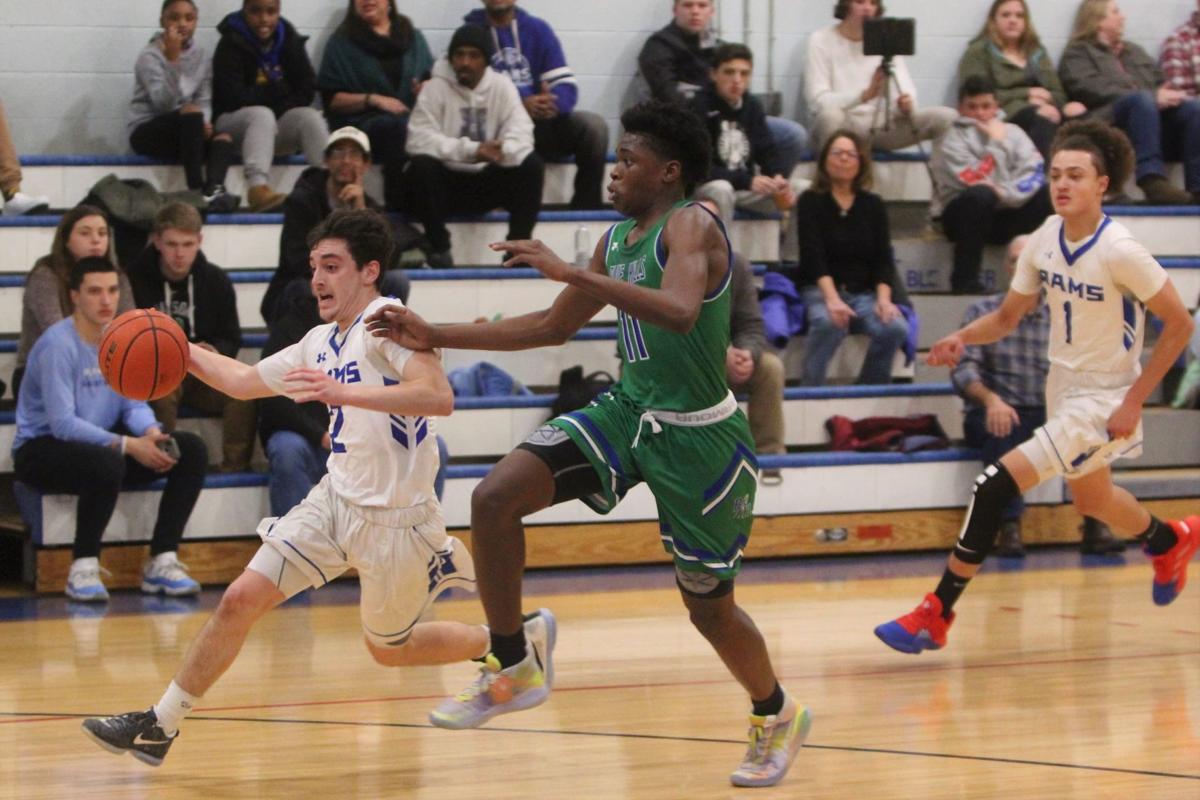 UCT senior co-captain Connor Reidy races by a defender during the Rams’ 55-54 home win against Blue Hills on Wednesday.

“I have no words,” he said. “It was all [because of] these kids. They made all the plays and all the shots.”

Trailing for the majority of the game, but always within striking distance, the Rams caught a break after Blue Hills missed both free throws on a flagrant foul with the Warriors up two, 54-52, with less than a minute remaining. UCT forced a stop on the ensuring defensive stand and quickly called timeout to draw up a last-second play.

Coming out of the timeout, the Rams swung the ball around the arc from right to left, beginning with senior Connor Reidy’s feeding Drew Brightman who found Des Nascimento open on the wing. Nascimento had missed the potential go-ahead 3-point try a possession earlier, but this time the senior co-captain didn’t miss.

On the ensuring defensive possession, the Rams forced a steal—one of the team’s 14 steals in the game—to seal the win as time expired for the 55-54 win on Wednesday, December 18.

“We came on strong to end the third quarter and I told them before the start of the fourth quarter that the game was there for the taking,” Macuch said. “It was just a matter of how bad they wanted it.”

The Rams trailed 16-12 after one quarter of play and 33-26 at halftime before playing the Warriors to a 13-13 tie in the third quarter that led to a 46-39 deficit entering the fourth quarter.

Facing Bristol-Plymouth in Taunton, UCT improved to 2-0 for the first time since 2006 with a 48-34 victory. Reidy scored half of his team’s final score with a game-high 24 points while Brightman poured in 16 for the Rams.

UCT led 16-9 after the first quarter of play and some stifling defense held the Craftsmen to just two made shots in the second quarter. The Rams led, 30-13, at halftime.

It was the start of the season Macuch expected out of his veteran team. A strong defensive approach sparked the Rams’ transition offense as UCT ran to a 55-37 non-conference win against Tri-County last Friday, December 13.

Sophomore Jared Naviochik scored a game-high 15 points, eight of which came in the first quarter, in the first start of his varsity career. Reidy scored 11 points as Brightman added 10 points for the Rams.

Kyle Sprague, who made his varsity debut against the Cougars, scored six points off the bench late in the game.

UCT (3-0, 0-0 MAC-Small) is off for the holiday break and won’t return to action until January 3, when the Rams will travel to the Hyannis Youth & Community Center to play Sturgis East in a non-conference meeting at 7 PM.