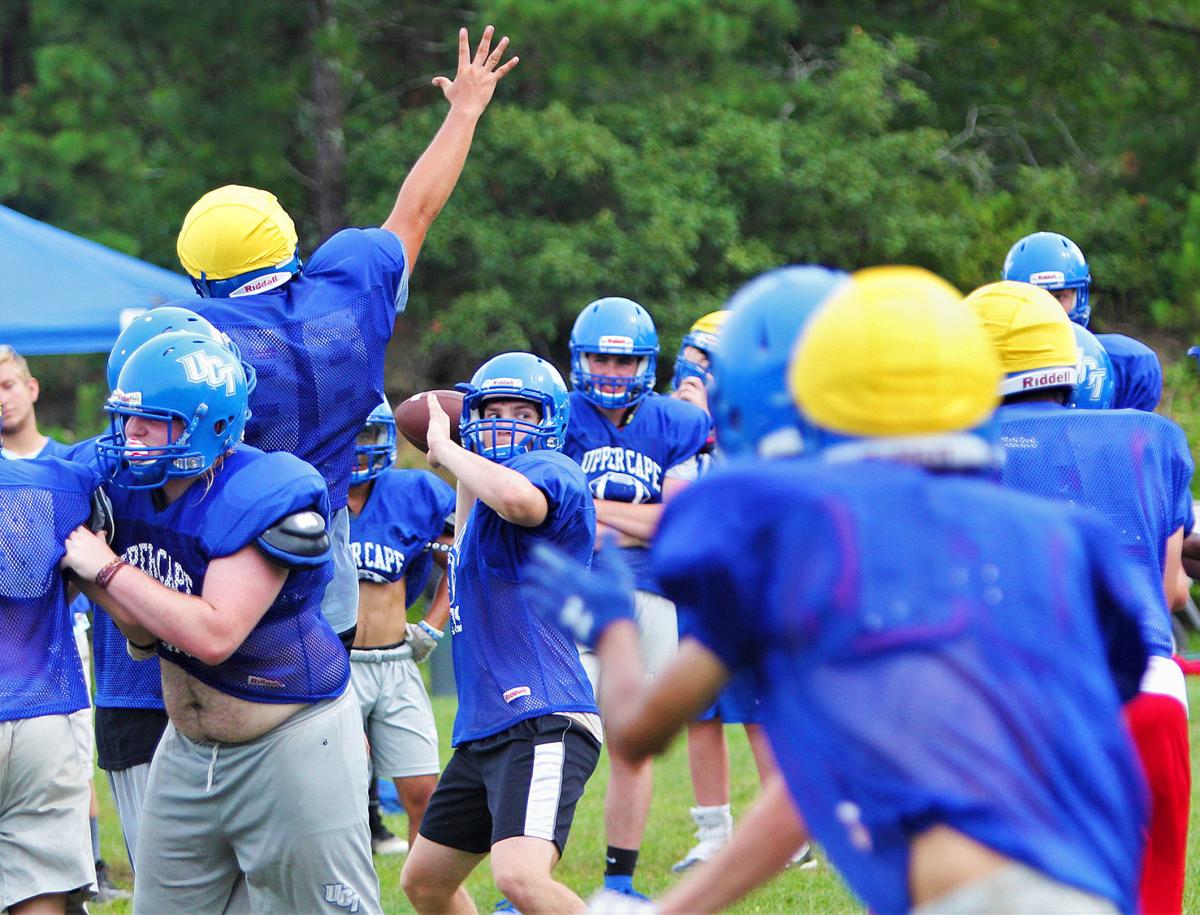 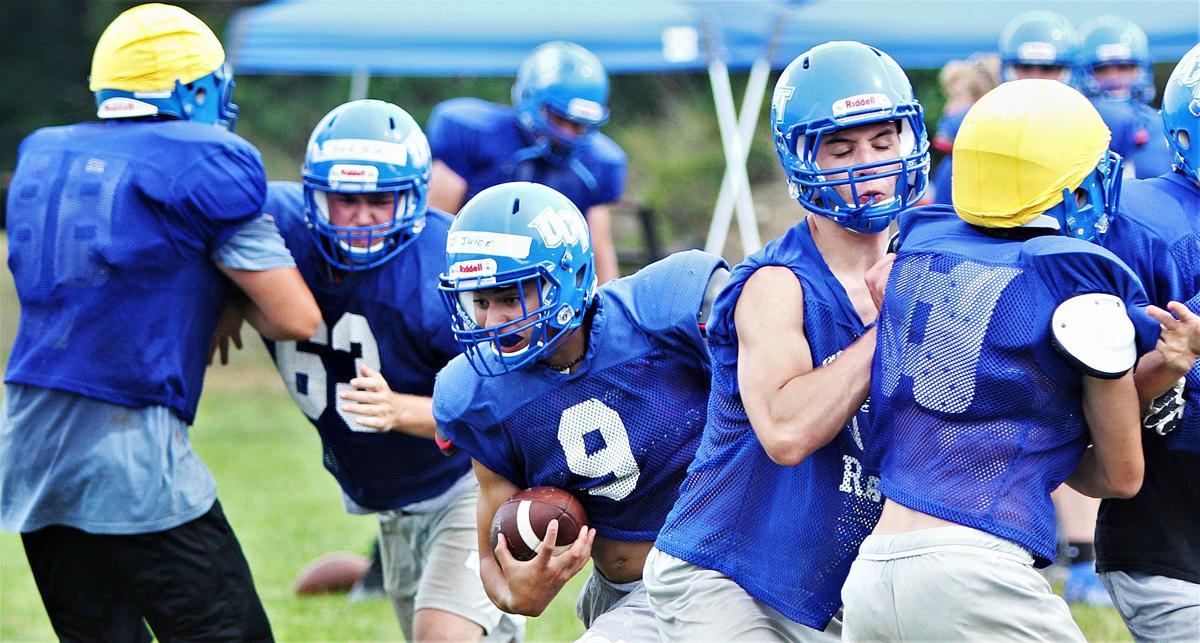 UCT senior Juzary Salim hits the hole through the right side of the Rams’ offensive line during a preseason practice on Wednesday.

UCT senior Juzary Salim hits the hole through the right side of the Rams’ offensive line during a preseason practice on Wednesday.

There will be no surprises in 2019 for the Upper Cape Tech Rams football team. They won’t be catching anyone off-guard. Opponents will not enter games taking them for granted.

Whether they like it or not, the Rams enter this fall season with a target on their backs after arriving on the scene as a contender a year earlier than anyone anticipated in 2018.

And there are plenty on this year’s team who remember the success of winning the Mayflower Athletic Conference-Small, reaching the Division 8 South semifinals and playing for the MIAA small school vocational title from last year. With 22 seniors on this year’s roster and a few key returning sophomores and juniors, the Rams not only believe in what they can accomplish, but are eager to wash out the taste of four straight losses to end the season.

Following the season-ending injury to junior running back Juzary Salim against Coyle-Cassidy in the D8 South semifinals—and a rash of other injuries—the Rams ran out of gas before reaching the season’s finish line. But if Salim represents a microcosm of the rest of the UCT team, they’ll be ready to make a deep run.

“He’s 100 percent healthy now,” Owen said. “You can see it at practice; he’s ready, too. He’s thickened up a little bit and has mentally and emotionally matured, whether he knows it or not.”

Maturity is a word Owen reiterated quite a few times when describing his team. He noted the relative level of silence around the team as they opened up camp, sounding like a team that’s ready to accept challenges head-on. After all, the loudest person in the room is often the weakest.

Taking on the vocal leadership roles, in the form of team captains, will be senior receiver Drew Brightman, lineman Colin Souza, running back Kemrin Glover and linebacker Shawn DiCarlo.

Brightman is the team’s primary receiver, playing opposite of his younger brother, Jon, and is one of the best on the Cape at catching the ball at its highest point. Defensively at the cornerback position, he typically runs better routes than the receivers he’s covering and has a knack for being around the ball.

Souza emerged, in Owen’s words, as a “real good football player” during the second half of the year. Glover is the lightning to Salim’s thunder—showing a quick first step toward the outside and a penchant for pass-catching out of the backfield. DiCarlo was a coach’s selection for the captaincy, with Owens saying he’s come “a million miles” from last year and will be a steadying presence in the middle of a defense that will be without last year’s bookends, Wally Alden and Anthony Georgeopolos.

“Those are not easy shoes to fill,” Owen said.

Junior quarterback Thomas Zine returns under center for his second year as the Rams’ starter, although he did split time with Toby Del Signore at times last year. If practice is any indication, Zine appeared ready to take the next step, as most of his throws were pinpoint accurate. He’ll be protected by a veteran offensive line that returns three of the five starters from last year’s squad.

UCT opens the season on the road against Bourne High School in what has become an annual meeting to open the season between the former co-op partners. The Canalmen and Carver/Sacred Heart are the only non-MAC schools they’ll play in the regular season; Cape Cod Tech is new to the conference this year after leaving the Cape & Islands League. That is significant because the state recently adopted National Federation High School rules. Under NFHS regulations, all games must be played with 12-minute quarters. Last year, teams, especially the smaller schools, could play either 10-minute or 11-minute quarters. UCT played 10-minute quarters, so the extra eight minutes per game extrapolated to an 11- or 12-game season, amounting to an extra two full games.

With a greater risk of injury, the members of the MAC will play 10-minute quarters this season and force the hand of the MIAA to acknowledge those games, come playoff time or not. UCT athletic director and assistant football coach Ben Rabinovitch noted the hypocrisy of the rule as every state title football game is played under 10-minute quarters at Gillette Stadium, including this year’s slate of games.

When the Rams are on the road and out of conference play, however, they must play to the rules of the home team, in this case, Bourne—a Division 7, South Coast Conference team. The Rams’ game against Carver/Sacred Heart will be played at home.