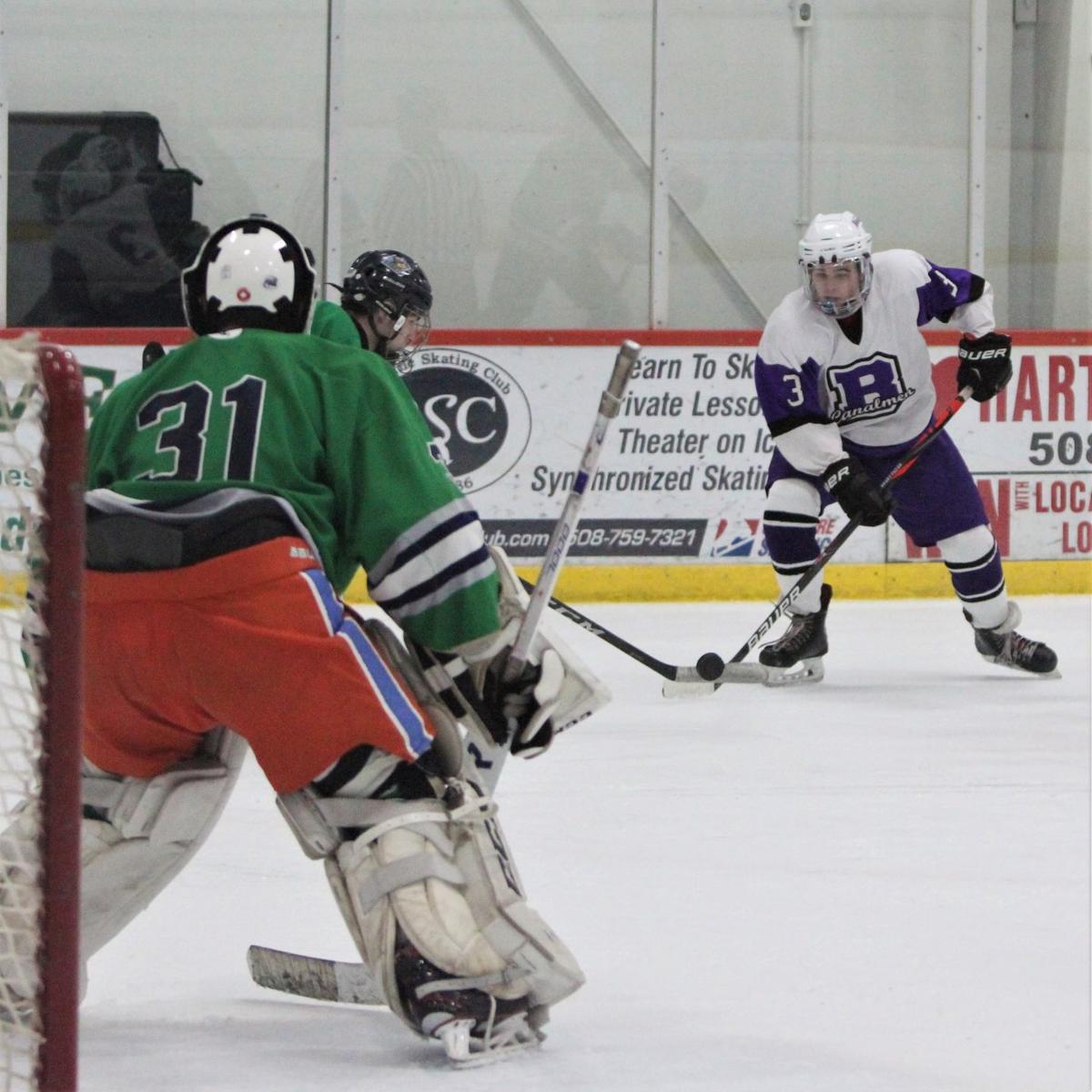 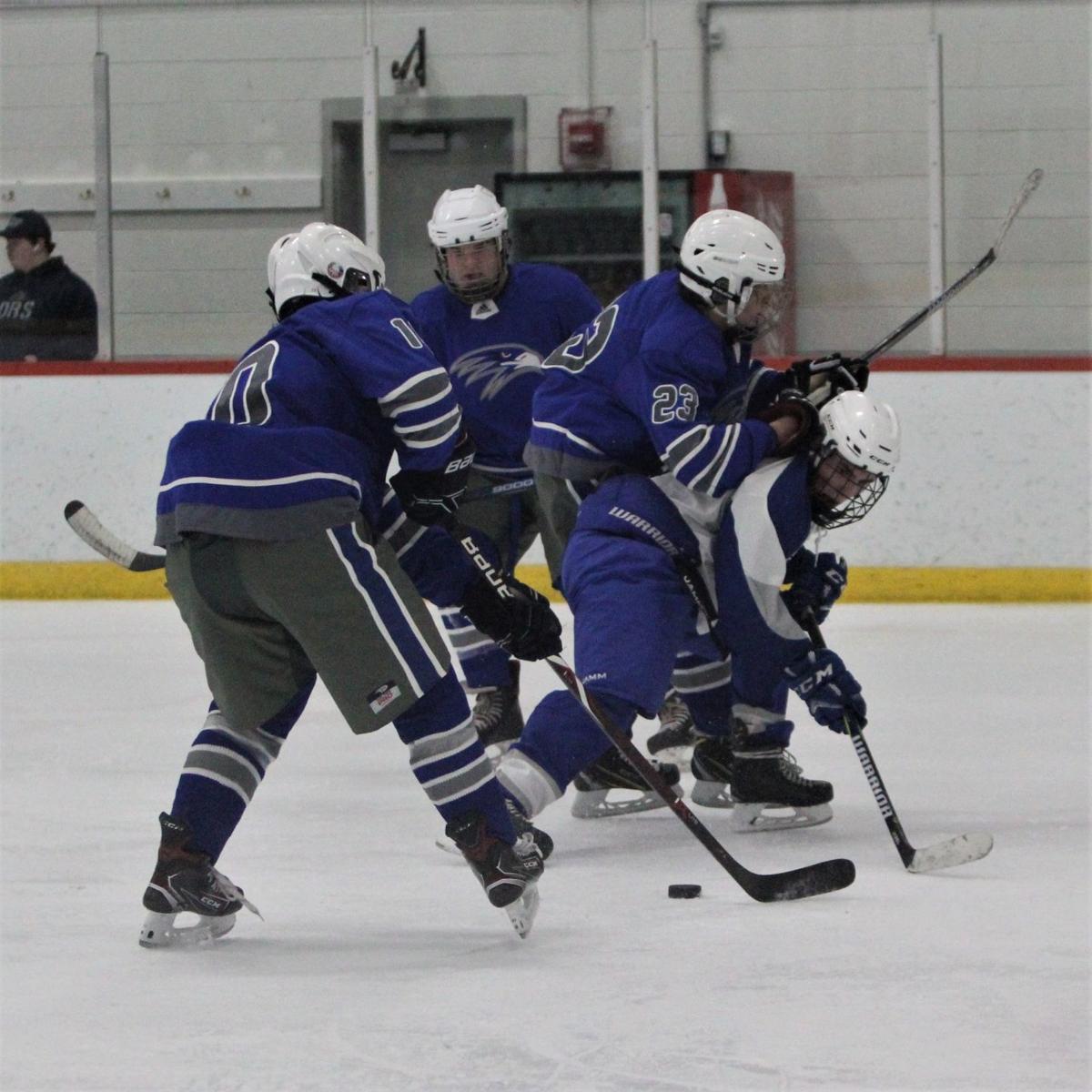 UCT freshman forward Matt Paling attempts to muscle his way through a pack of Hawks defenders during the Rams' 6-0 home loss to Southeastern on Saturday, December 28 at Gallo Ice Arena.

UCT freshman forward Matt Paling attempts to muscle his way through a pack of Hawks defenders during the Rams' 6-0 home loss to Southeastern on Saturday, December 28 at Gallo Ice Arena.

The Falcons scored twice in the third period to steal a win out of Bourne’s hands, 2-1, at Gallo Ice Arena.

The two teams played to a scoreless tie after one period before the Canalmen jumped out to a 1-0 lead in the second frame. In a mad scrum in front of the Falcons’ goal, senior forward Andrew Ariagno muscled the game’s first goal midway in the second period. Sophomore Tyler Evans and senior Mike Bonito each swatted at the puck before Ariagno was there to put away the rebound. Evans and Bonito were credited with assists on the goal.

Playing without their top offensive player and senior captain, Kevin Flynn, the Rams boys' hockey team was ill-equipped to square off with a potent Hawks team on Saturday, December 28, at Gallo Ice Arena.

The combination of Pat Gonsalves, Matt Paling and Cam Lumsden played well in Flynn’s absence while senior goaltender Will Hanly performed admirably while under constant duress. But with or without UCT’s 100-point scorer, Southeastern has dominated the Rams in recent memory. Following this six-goal win, the Hawks are 3-0 in their last three meetings while outscoring the Rams 18-0.