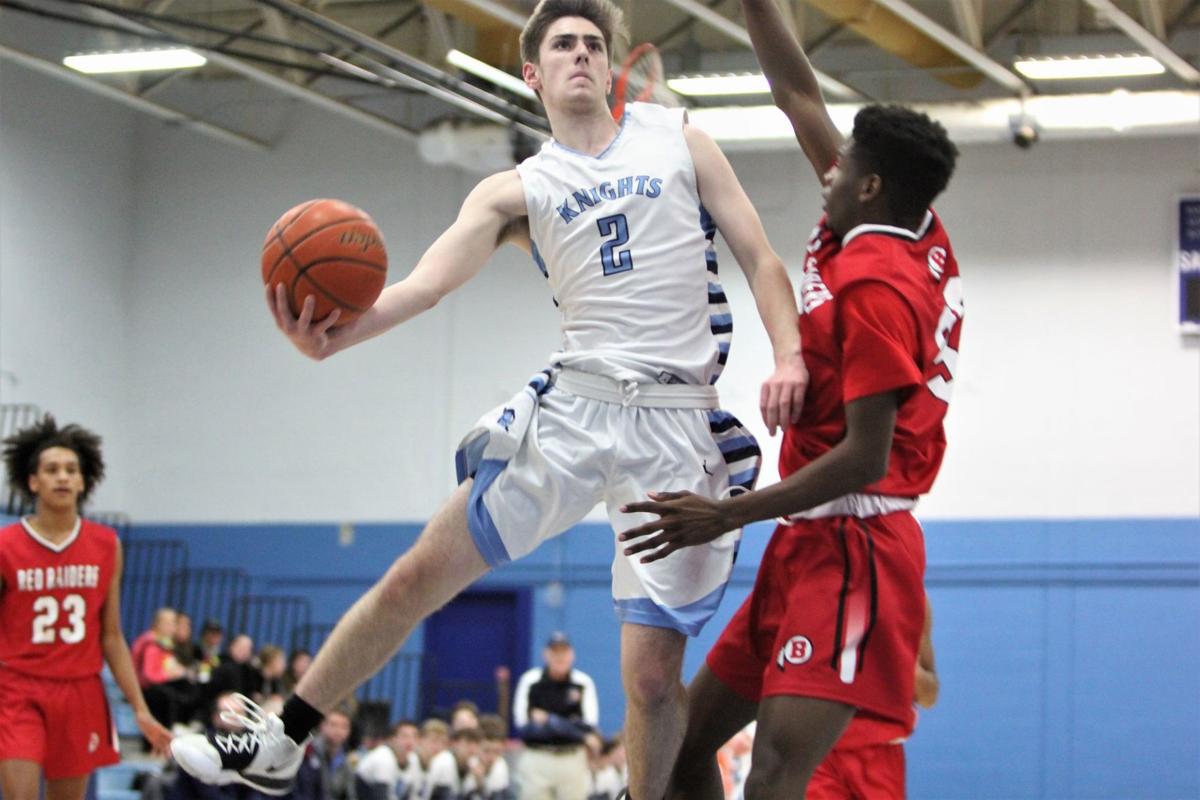 Sandwich sophomore Sean Lansing glides through the air during the Blue Knights’ home win against Barnstable on Tuesday. 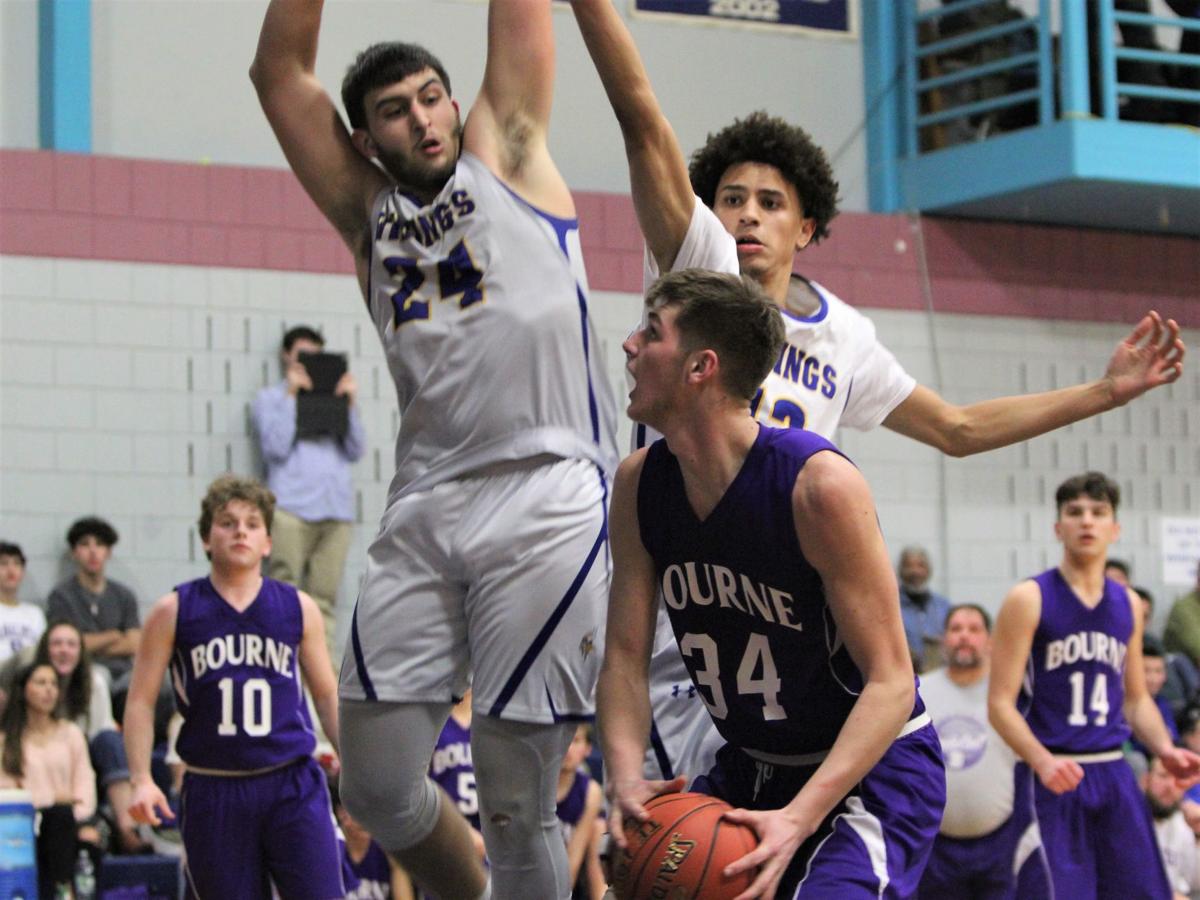 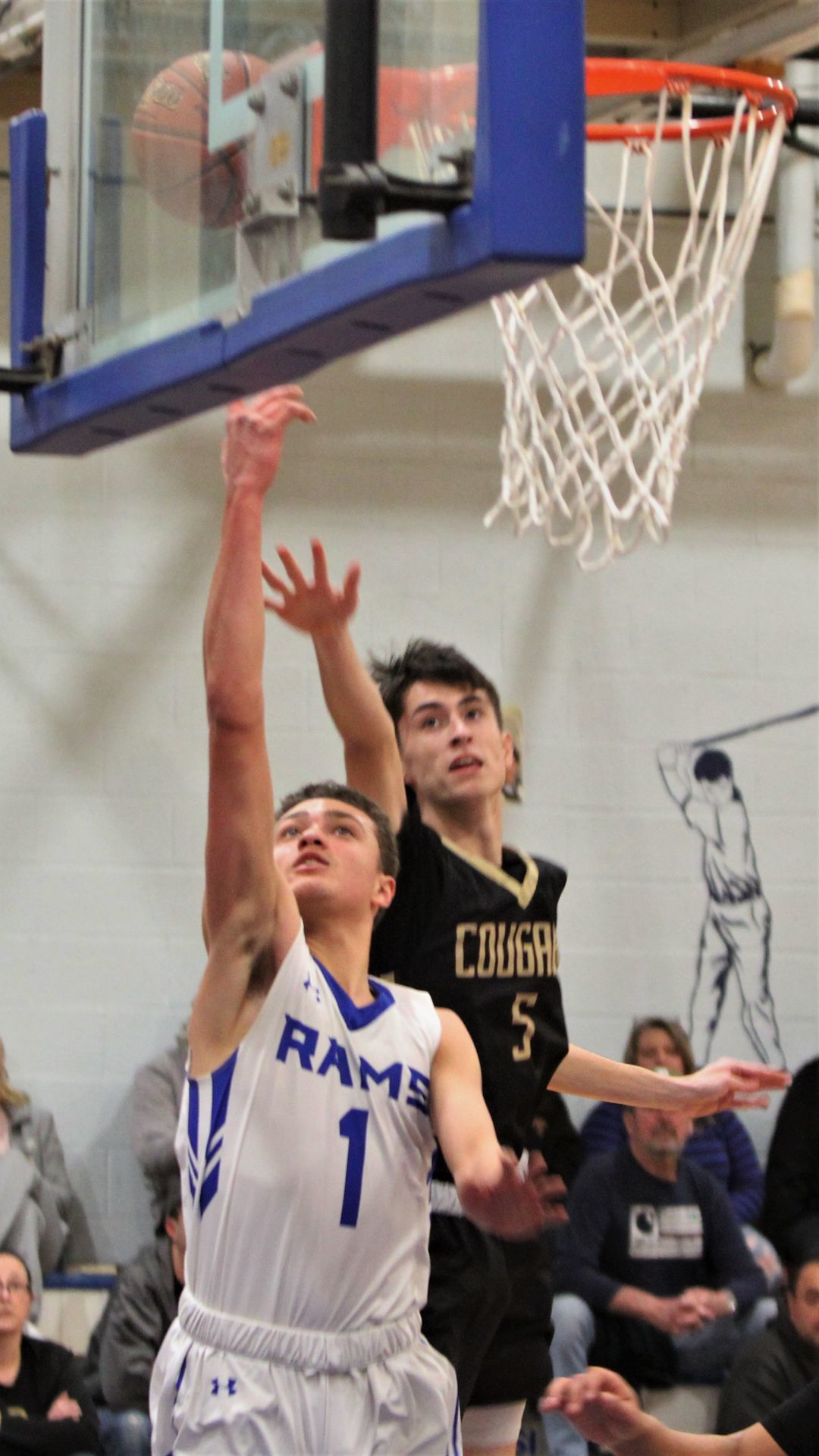 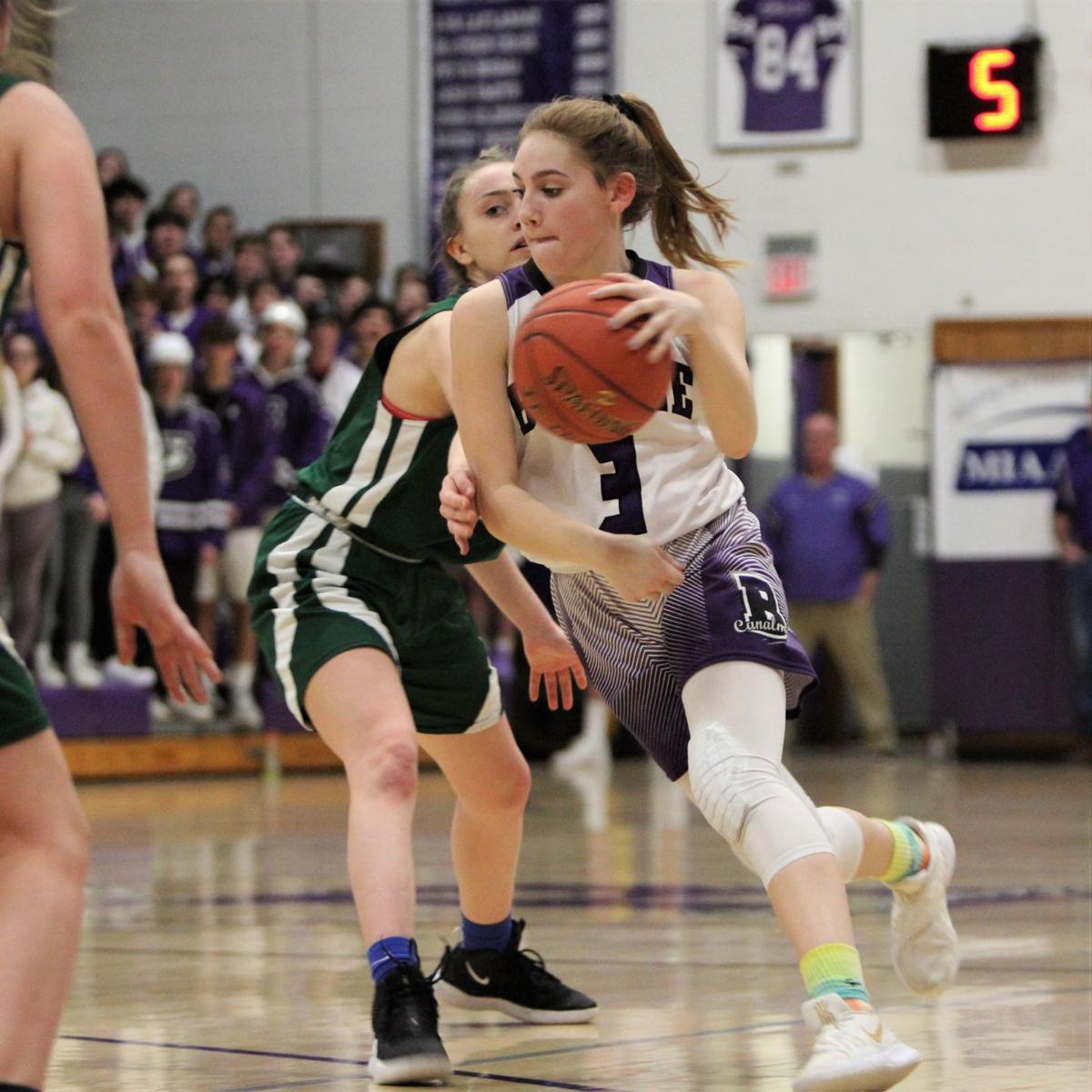 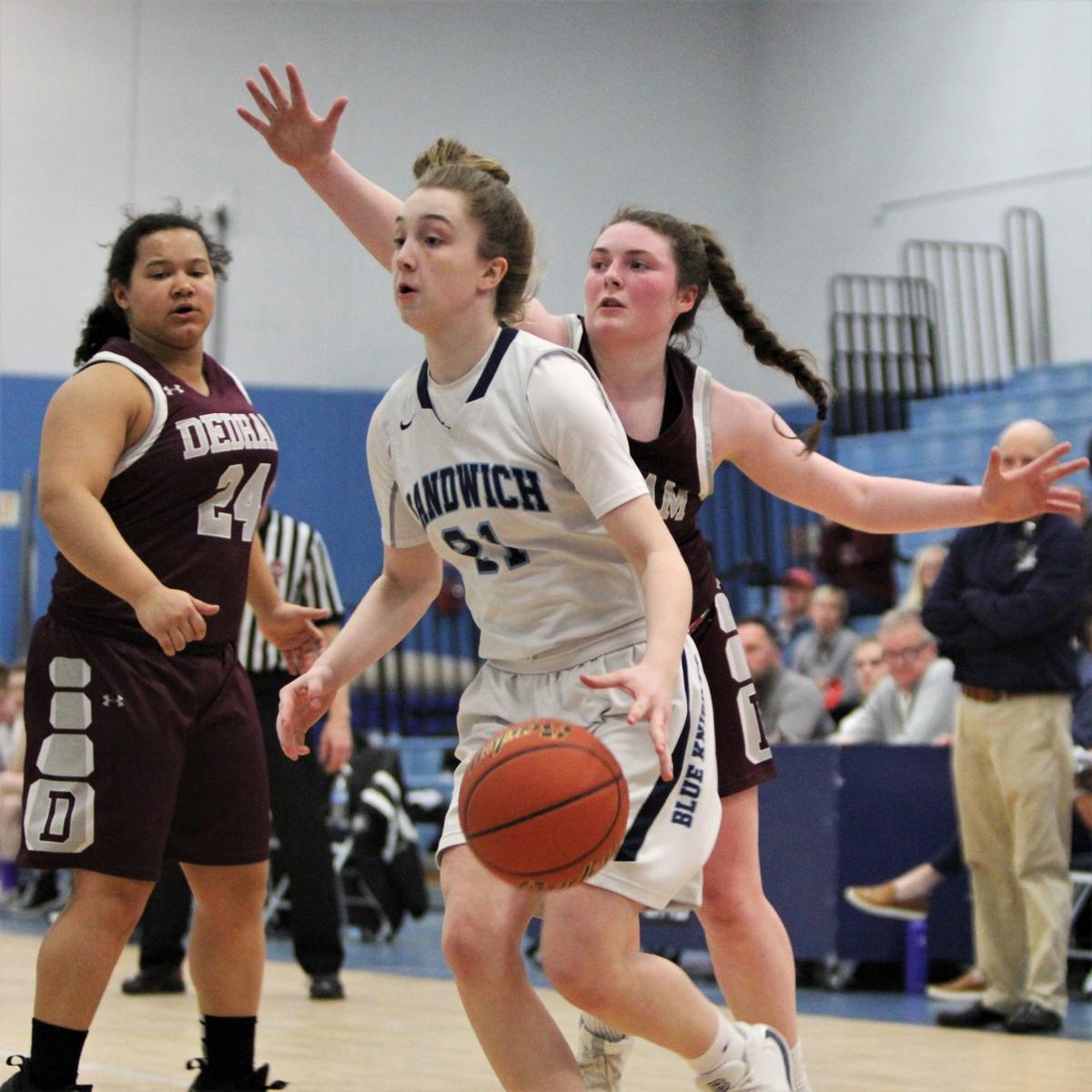 Sandwich sophomore Sierra Brigham drives by a defender during the Blue Knights’ home loss to Dedham in the first round of the Division 3 South Sectional playoffs on Tuesday. 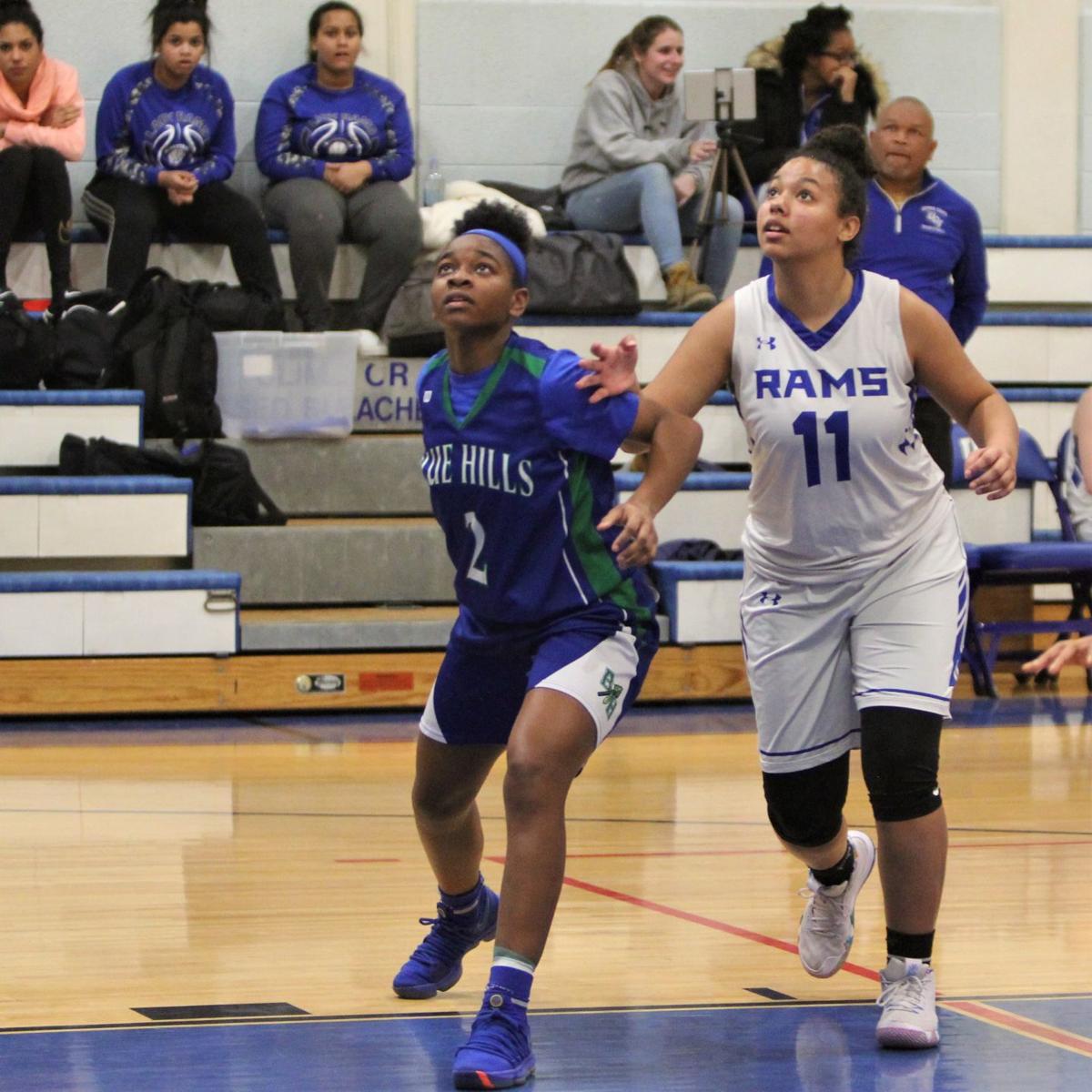 The curtain comes down on the 2019-20 high school basketball season on Sunday, March 15.

It’s on that day when the best Cape Cod has to offer in basketball will meet for the 33rd consecutive year, this time at the Hyannis Youth & Community Center, to partake in the boys and girls Cape & Islands All-Star Basketball Game. The girls’ game will begin at 1:15 PM that afternoon with the boys’ game tips off at 3:30 PM.

The second game of the afternoon will feature the best boys basketball players the Cape has to offer. With Brandy Pires calling the shots from the bench, Team Upper Cape will be anchored by three players from Cape Cod Academy — Jaeden Greenleaf, Andrew James and Alex Marchant. Sandwich also boasts three players on the all-star team with Chris Cronin, JP Downes and Sean Lansing.

Nate Nawoichik got the call from Sturgis East while Amari Robinson made the team from Sturgis West. Cape Tech’s Austin Walker and SJPII’s Jake Walman rounds out the roster for Team Lower Cape.