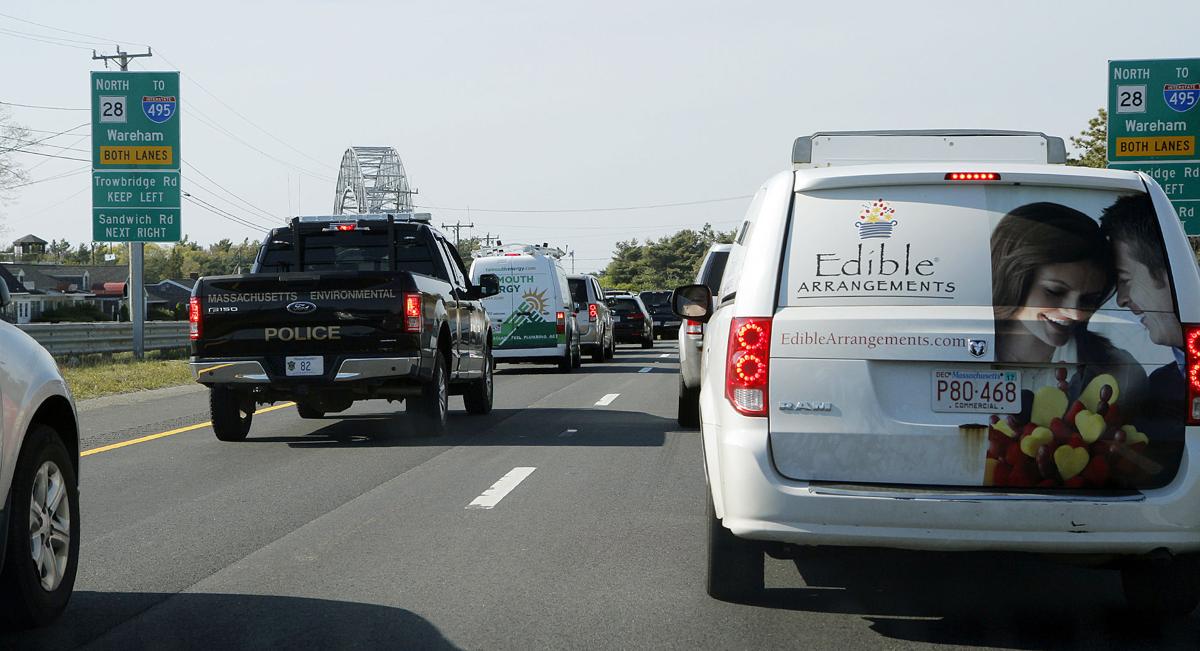 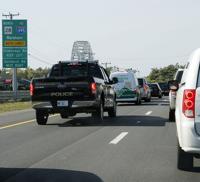 Drivers wait in heavy traffic near the Bourne Bridge. Officials are planning for a booming tourist season this summer.

This graph shows the daily new confirmed and probable cases of COVID-19 as well as related deaths on Cape Cod from the first reported case in March 2020 through April 8.

Despite a recent third wave of COVID-19 cases, tourists are gearing up to hit Cape Cod beaches this coming summer.

Officials said hotels are already filling up for summer vacations and local businesses are scrambling to hire staff before then.

With the influx in tourism on the horizon, officials are also working to vaccinate as many residents as possible. This includes nearly all homebound residents being vaccinated through their local boards of health and councils on aging.

Speeding up vaccinations is timely, as contagious variants of the virus are spreading quickly in the county. Cape Cod is a state hot spot for a variant first discovered in Brazil.

“All indications are that Cape Cod will have a banner summer season,” state Senator Julian A. Cyr (D-Truro) said during a news conference Thursday, April 8.

He said hotel rooms are being booked well in advance, and those bookings are not being canceled despite the latest wave of the virus.

While last year was busier than expected in the midst of the first virus wave, the senator said this coming summer is shaping up to be busier than most.

Sen. Cyr said his hope is that the majority, if not all, Cape Codders who want a vaccine will be vaccinated ahead of the summer season. He said that if the supply of doses remains steady, he is confident that this is an attainable goal.

Businesses across the Cape are looking to hire summer workers.

Wendy Northcross, the chief executive officer of the Cape Cod Chamber of Commerce, said there is a hiring boom across the Cape.

Some are concerned that there will not be enough summer help to go around, however.

Ms. Northcross said that while unemployment benefits are attractive right now, she encourages unemployed residents to begin thinking about what they will do for work once those benefits change.

Travelers and residents are advised to continue to follow the core pandemic tenets: Wear a mask, maintain social distancing, wash hands and surfaces frequently and stay home when sick.

Sen. Cyr also cautioned that vaccinated residents should not treat the inoculation as a “get out of jail free card.” Vaccinated people can still carry and spread the virus, though they may not become ill from it.

Sen. Cyr said most towns on Cape Cod have vaccinated all homebound residents who want to be vaccinated.

Many of the doses of the Johnson & Johnson vaccine that have come to Cape Cod have been used for this purpose, since it is a single shot and would not require a second home visit.

On the Upper Cape, the homebound vaccination project is being handled by the local boards of health and councils on aging. Residents who are homebound and want a vaccine can contact their local board to schedule a home visit.

Mutations of the COVID-19 virus have been found on Cape Cod, primarily the P.1 variant that was first identified in Brazil.

A total of 82 cases of this variant have been identified in the state, according to the Centers for Disease Control and Prevention. As of yesterday, Barnstable County has 38 patients who have been found to be sick with that variant—more than any other county in the state.

Middlesex County comes in second with 12 cases of the variant.

The most prominent variant in the country is the B.1.1.7, which was first found in the United Kingdom. This is not as prevalent on the Cape, with 59 of the state’s total of 974 cases.

A third variant, B.1.351, which was first identified in South Africa, has also been identified in two Cape Cod residents. A total of 12 have been found in the state.

Research is still being done on the severity of these variants, though early indications are that they are all more contagious than the original strain. The variants do not seem to be significantly more deadly.

A report released by the Massachusetts Department of Public Health yesterday shows that half of all Cape Cod residents have received at least one dose of a COVID-19 vaccine. About 32 percent are completely vaccinated — the highest rate in the state.

Within the past week, a total of 459 Cape Codders have been diagnosed with COVID-19.

This is down from last week, but local officials said the region is not necessarily out of the woods yet. Vaira Harik, deputy director of the Barnstable County Department of Human Services, said the dip in cases may be the result of delayed test turnaround due to the recent religious holidays.

Of the cases reported in the past week, 41 are from Bourne, 76 are from Falmouth, 32 are from Mashpee and 58 are from Sandwich.

Mashpee and Sandwich remain in the highest risk category this week, with Falmouth and Bourne remaining high risk.

Additionally, five people on Cape Cod have died from the virus in the past week.

As of Wednesday, 38 people were hospitalized in area hospitals with the virus. Of those, five are in intensive care.