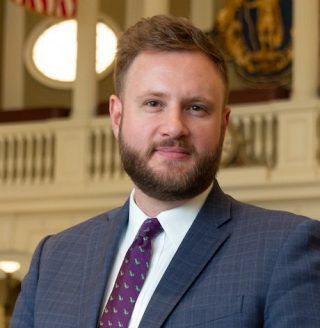 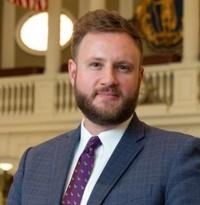 Frustration has turned into outright anger on the part of state Senator Julian A. Cyr (D-Truro) after Governor Charles D. Baker Jr. announced two new mass COVID-19 vaccination sites, neither of which will be on Cape Cod.

Audibly upset, Sen. Cyr expressed the frustration local officials are feeling about this decision during a news conference Thursday, February 11.

A report from the Massachusetts Department of Public Health released this week indicated that more than 1,200 doses of vaccine in the state have been wasted, further stoking the ire of officials and residents alike.

While residents continue to struggle to find appointments to get inoculated, the good news is that the rates of new cases of the virus are still trending downward. Local officials said the county is on the other side of the holiday surge.

In addition to new case numbers, hospitalizations are also lower. As of the latest reports, the number of people in hospitals in the region has been cut in half since last month.

On Wednesday, February 10, Gov. Baker announced that the state would be opening vaccination sites in Natick and Dartmouth later in the month.

This will be in addition to mass vaccination sites that are operating at the Doubletree Hotel in Danvers, Fenway Park in Boston, Gillette Stadium in Foxborough and at the Eastfield Mall in Springfield.

Sen. Cyr said the locations of the two new sites make it more evident that Cape Cod is being left behind when it comes to vaccine distribution.

“This morning I’m frustrated, disappointed and, frankly, pretty enraged by the latest development in vaccine distribution in Massachusetts,” he said. “We need a mass vaccination site on Cape Cod, and we need it now.”

The senator said he cannot understand why the Baker-Polito administration has not tapped into Cape Cod Healthcare to open up a mass vaccination site in Hyannis.

He said if the state has no intentions of establishing one of these sites in the Cape, then, at the very least, more doses need to be making it over the bridge.

The senator stated that Cape Cod is geographically isolated compared to other regions of the state and that the county is statistically older than the rest of the state.

In fact, Cape Cod is demographically the oldest county in Massachusetts as well as the third-oldest in the United States.

During the current (75 years and older) phase of the vaccination plan is when Cape Cod needs the most doses, Sen. Cyr said. Later in the process, when the younger residents get their turn, the county will need significantly less vaccine.

“There is a significant flaw in the state’s methodology and a complete misunderstanding of the Cape’s demographics,” he said.

Additionally, the county continues to receive fewer than 1,000 doses of the vaccine each week. Sen. Cyr said the vaccines are clearly not being sent where they are needed when Gillette Stadium is advertising tens of thousands of available appointments and when 1,300 appointments at the Melody Tent fill up in under a half-hour.

The governor also announced recently that anyone providing a ride or accompaniment to someone with an appointment at one of the state-sanctioned mass vaccination sites would be eligible to make a vaccination appointment at that time, regardless of where they would fall on the phased plan.

“Look, this may be an effective strategy to get more seniors to these faraway sites, but it will also allow younger people to get vaccinated, further dipping into an already inadequate supply,” Sen. Cyr said.

Overall, the senator said the state’s vaccine plan does not match the reality of its rollout, and he is livid that the rollout favors those who have transportation, are tech-savvy or have family members who are readily able to assist.

Sen. Cyr said the website being used by the state is arcane and, while the state’s 2-1-1 hotline is a great idea in theory, its operators need more training when it comes to state geography.

“It’s very clear that the people answering this line do not know that Sandwich is not near Springfield and that Dennis is not up the street from Danvers,” he said.

Sen. Cyr said the Cape’s legislative delegation will continue to plead the case of residents to the state and reiterated that Cape Cod has the infrastructure and staffing to administer vaccine doses—they are just waiting for the supply.

Officials from the Department of Public Health reported this week that of the 960,100 doses of vaccine that have been distributed across the state to date, 1,272 have been discarded.

About 86 percent of the discarded vaccines were the Moderna vaccine, and the rest were the Pfizer vaccine.

While the circumstances surrounding the vaccines being discarded were not disclosed, local officials said Barnstable County has not discarded any doses.

Erika Woods, deputy director of the Barnstable County Department of Health and Environment, said all vaccines received by the county are going into arms.

“I can confirm that we at the county have not discarded any doses of the vaccine,” she said.

Over the past week, a total of 449 new cases of COVID-19 have been reported in Barnstable County.

Vaira Harik, deputy director of the Barnstable County Department of Human Services, said this figure includes a dump of backlogged cases that were included in one of the past week’s daily reports.

The previous week saw a total of 516 new cases.

Additionally, a total of 22 Cape Cod residents have died from the virus in the past week.

Currently, a total of 34 people are hospitalized at the two hospitals on Cape Cod, 10 of whom are in intensive care.

Ms. Harik said it is the county’s belief that the numbers are trending in a direction that indicates that Cape Cod is on the other side of the holiday surge.

Of the cases reported in the past week, 60 have been from Bourne, 30 from Falmouth, 43 from Mashpee and 37 from Sandwich.

Mr. Cyr is complaining about the vaccine distribution. Complaining is easy to do!

Fixing the problem is what we need!

I’m so tired of what politicians SAY......let’s see what they DO!

MASSACHUSETTS sends ONLY DEMOCRATS to Washington, with a Democrat White House, DEMOCRAT House, and DEMOCRAT Senate. Yet Massachusetts can’t get their fair share of vaccines?

Stop the complaining and do your job!!!