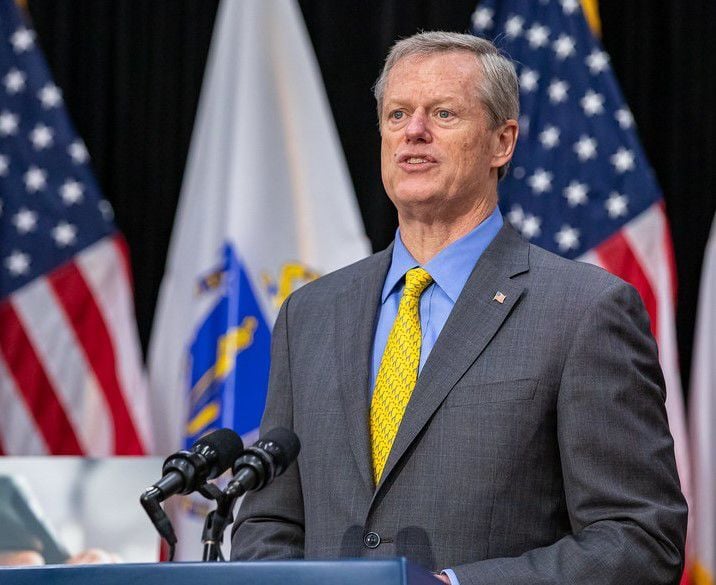 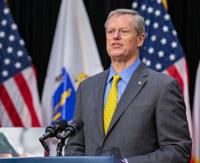 In response to continued increases in COVID-19 cases across the state, Governor Charles D. Baker Jr. has announced this week that businesses will continue to operate at a reduced capacity. That cap was originally supposed to be lifted on Sunday.

Additionally, hospitals that are operating with less than 20 percent available capacity will be allowed to apply for a temporary exemption to the mandated nurse-to-patient ratio in the intensive care unit.

Local health officials have said these rising cases are still the result of the spike after the Thanksgiving holiday, and the impact of the winter holidays has yet to be seen.

While people across the state have started to receive the COVID-19 vaccine, officials remind residents that the inoculation is being provided on a phased basis and is not yet available to the general public.

During a news conference Thursday, January 7, Gov. Baker announced that capacity for most businesses would remain at 25 percent for at least an additional two weeks.

The measure was initially slated to end on Sunday and will now potentially be lifted on January 24.

The governor said this decision is meant to tamp down the number of new cases of the virus and, as a result, reduce the number of hospitalizations that are straining the state’s healthcare system.

The sectors in this guidance include restaurants, grocery stores, retail shops, places of worship, office spaces and fitness centers, among others.

Since Thanksgiving, hospitalizations for COVID-19 have jumped 91 percent in Massachusetts, Gov. Baker said.

On average, a total of 4,800 residents are hospitalized across the state with the virus.

“As hospitals absorb the magnitude of the holiday season, they need more relief,” he said.

As a result, new hospital guidance has been issued.

All hospitals in the state are now considered to be in Tier 4 status, which means that hospitals in each region of the state will be meeting daily to address capacity constraints. For patients, this could mean that if they are being treated in a hospital, for any reason, they may need to be transferred to another facility in the region to accommodate the COVID-19 surge.

Massachusetts Secretary of Health and Human Services MaryLou Sudders said that, for example, a patient who is positive for COVID-19 may be transferred to one of the state’s field hospitals for care so that a bed could be available for a patient who does not need care for the virus.

During a news conference Thursday, January 7, state Senator Julian A. Cyr (D-Truro) said that while hospitalizations are up in Cape Cod Healthcare, Cape hospitals are not yet at capacity.

“Our understanding is that at Cape Cod Healthcare, they’re having no trouble handing the surge in cases at this time,” he said.

In addition to the increase in tier status, hospital systems will be able to request a temporary exemption to the nurse-to-patient staffing ratios in ICUs. This will only be available to systems that are operating at less than 20 percent capacity for at least seven days and that have also suspended all elective, nonessential procedures.

Sean O’Brien, director of the Barnstable County Department of Health and Environment, said most of the new cases being reported are still the result of Thanksgiving gatherings.

Friday, January 8, marks two weeks since Christmas, so some of the new cases may also be the result of the winter holidays, too, though those impacts are not yet fully known.

Mr. O’Brien said he expects to see similar case increases through February as a result of Christmas and New Year’s.

Since New Year’s Day, 577 people have been newly diagnosed with COVID-19.

Additionally, 31 people have died from the disease so far this month.

Health agents across the state have asked that people not call trying to find the vaccine because they will not be able to receive it.

Once the state gives the green light for a sector to be vaccinated, information will be made widely available, Mr. O’Brien said.