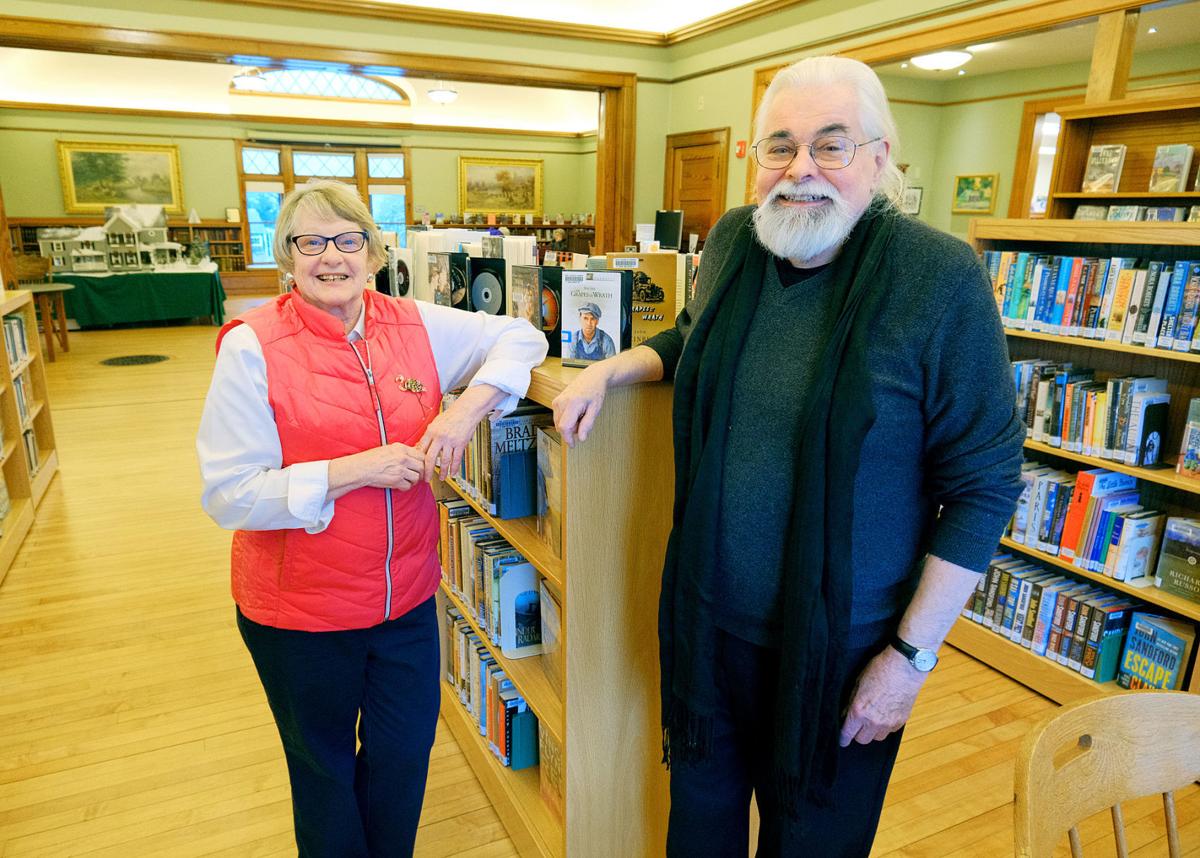 Carlyn Ellms and Charlie McCaffrey at the West Falmouth Library. 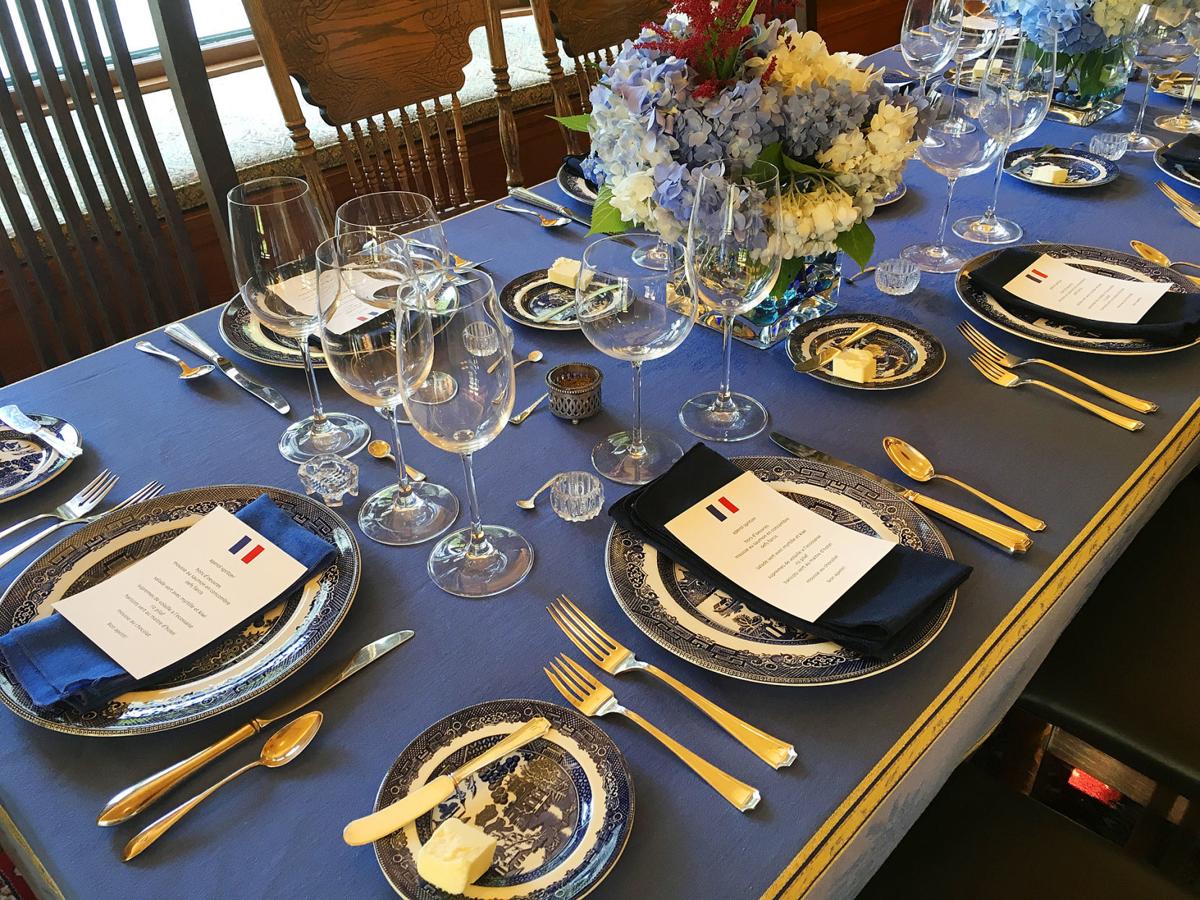 A table set for a Bastille Day dinner at the West Falmouth Library last summer. 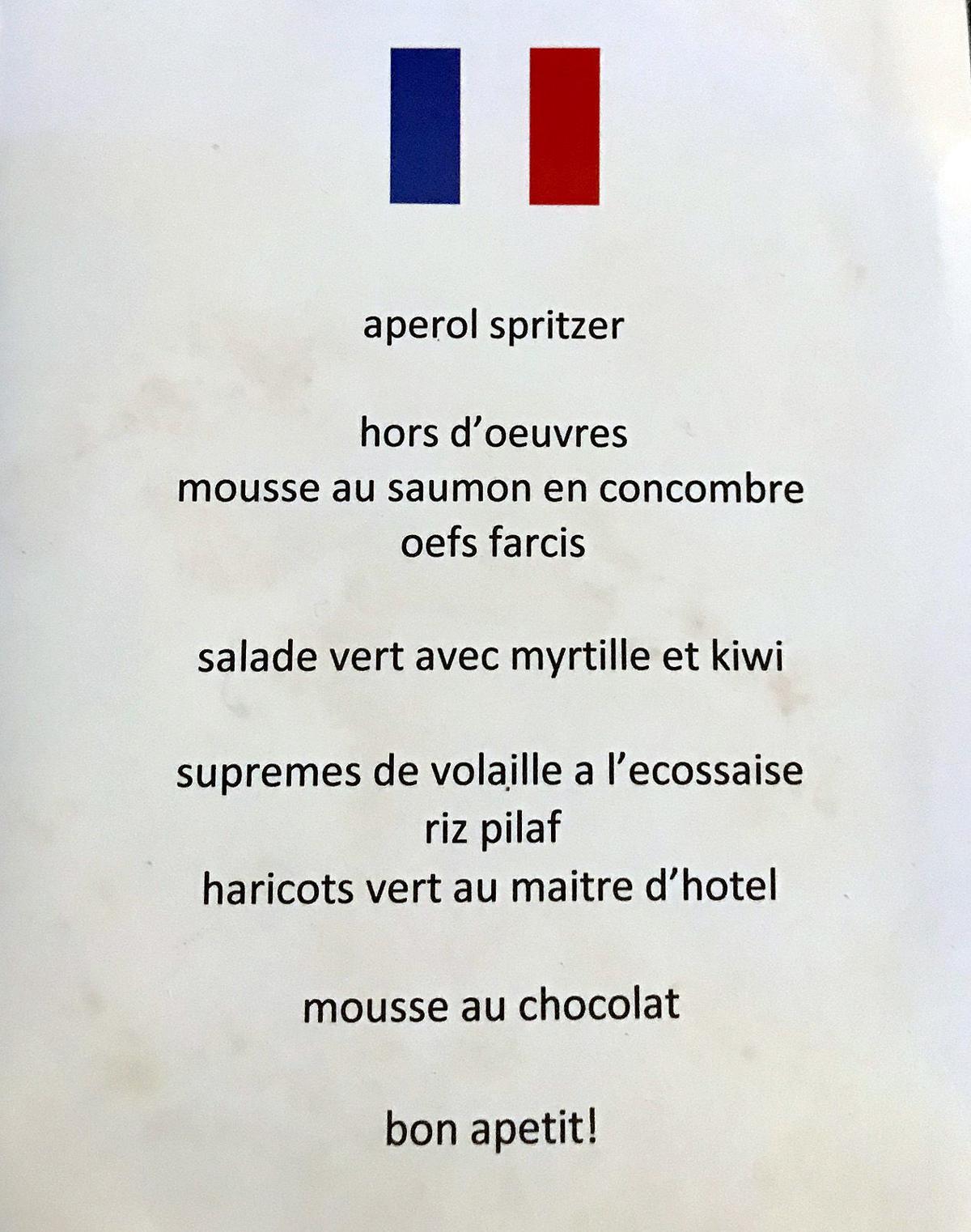 Carlyn Ellms and Charlie McCaffrey at the West Falmouth Library.

A table set for a Bastille Day dinner at the West Falmouth Library last summer.

—“It looks just like a library, but it’s a little different,” was what I was told before visiting the West Falmouth Library. This past December I attended a dinner at the library, which was one of the silent auction items a West Falmouth friend had bid on when she attended one of its fundraisers.

I spoke with Carlyn Ellms, who has been president of the board and also served as chairman of the Capital Campaign. “We started the renovations because people would come in and read the newspapers in the morning and we would have ‘Goose on the Loose’ happening with children running around. We realized that we needed a quieter space, so we launched ‘West Falmouth Library: Taking the Historic Library into the Future’ in the fall of 2013,” she explained.

The library is an independent, nonprofit organization which has received $20,000 each year from the town. “We have an operating budget of $200,000, and it’s up to us to raise everything else,” Carlyn continued. “Now we have a newly restored, renovated, and expanded building, and we are very grateful to all who supported this project. We have more room for meetings, more seating for programs, and we even have a kitchen so that we can hold culinary events as well.”

One of the major fundraising events that is held on an annual basis in April is “A Moveable Feast.” “This starts with cocktails and hors d’oeuvres at the library, followed by a dinner course which is hosted in local homes. During the week before the event, we hold a silent auction, with final bids closing at 9 PM on the evening of the event.

“Charlie McCaffrey, who is the president of the board of directors, came to us from Albany where they had A Moveable Feast, so he started one here, and took the Annual House Tour back to Albany,” Carlyn said. “This coming April will be our 11th Moveable Feast, with people going off to homes for a first course and an entrée, then returning here for coffee, tea and dessert. Local homeowners provide dinner for eight, or more, depending on their circumstances. It’s really one of our most successful events.”

The new library director agrees wholeheartedly. Jessica O’Connor declared: “Being an independent, nonprofit community library, the West Falmouth Library depends on continual fundraising events throughout the year. A Moveable Feast is just one of our favorite annual fundraising events.” And Charlie added, “We all know that food is one the best ways to bring a community together.“

The dinner I attended was held in the community room, and was set up for 10 people. “Charlie has a fabulous house, with a gorgeous dining room, so sometimes he hosts the dinners we offer at the auction,” Carlyn added. At this point Charlie joined our conversation, and added that dinner at his home is somewhat easier than doing it at the library.

“It’s all the schlepping involved,” he told us with a smile. “This is the second time we did a dinner here; the first one had a French theme, this one was a little different. We started with a salmon mousse—I make this a lot, based on the original recipe in ‘The Silver Palate Cookbook.’ Then we moved on to a salad with pears and greens which was made by Susie, followed by Julia Child’s suprêmes de volaille, served with wild rice and green beans. Dessert was a chocolate mousse provided by Carolyn Doyle.

“The suprêmes (which are simply boneless, skinless chicken breasts) are one of my favorite dishes to make,” Charlie concluded. “Its timing is important, as you want to get the breasts cooked through, but not overdone. I checked another recipe, by Paul Bocuse, which is a serving for one, so I have been able to practice quite a bit!”

Next week will focus more on Charlie’s cooking at home in North Falmouth; for today, here are the recipes that were served at the December dinner at the library, plus a couple of others from Carlyn Ellms. This first one was featured in “Cornucopia, The Emerson House Cookbook.” “I really enjoy local cookbooks,” Carlyn said; “this is better known as Robin Wheeler’s Raspberry Chicken, and it is a particular favorite of mine.”

Heat oil in a large nonstick skillet over medium-high heat, until hot; add onion and sauté for 5 minutes. Sprinkle thyme and half the salt over the chicken; add the chicken to the skillet and sauté 6 minutes on each side, or until cooked through. Remove chicken and keep warm; reduce the heat to medium and add the remaining salt, raspberry preserves, vinegar and pepper to the pan, stirring constantly until the preserves melt. Spoon the sauce over the chicken and serve immediately.

Another from Carlyn, which she says is often served at West Falmouth Library receptions.

¼ cup (or more) dried currants or dried cranberries or craisins

a few sprigs of cilantro or parsley, chopped

Spread mixture into a 10-inch pie plate; spoon chutney over top, sprinkle with coconut, green onions, craisins, and herbs. Chill until ready to serve; the cream cheese mixture can be done the day before. Serve with crackers or Tostitos Scoops.

Charlie likes to serve this salmon mousse before dinner with crackers. He said he once tried it with freshly poached salmon and it wasn’t the same as using the canned product. The suprêmes de volaille is from “The French Chef Cookbook”; sometimes he adds aromatic vegetables to the sauce.

Soften the gelatin in the cold water in a large mixing bowl; stir in the boiling water and whisk the mixture slowly until the gelatin dissolves. Cool to room temperature, then whisk in the mayonnaise, lemon juice, onion, Tabasco, paprika, salt and dill. When the mixture thickens slightly, fold in the finely flaked salmon. In a separate bowl, whip the cream until it is fluffy and thickened to peaks; fold this gently into the salmon mixture and transfer to a decorative mold or a 6- to 8-cup bowl. Cover and chill for at least 4 hours; serve on toasts, black bread or crackers, or serve as a first course garnished with watercress.

Rub the chicken with drops of lemon juice and sprinkle lightly with salt and pepper; heat the butter in a heavy 10-inch casserole until foaming. Quickly roll the chicken in the butter and cover with a round of wax paper cut to fit the casserole; place in a preheated 400°F oven and cook for 6 minutes. Press the tops of the suprêmes with your finger; if still soft and squashy, return to the oven for a minute or two more. They are done when they feel lightly springy and resilient—do not overcook them. Remove the suprêmes to a hot serving dish; cover and keep warm while making the sauce.

Pour the stock and the wine into the casserole with the cooking butter and boil down rapidly over high heat until the liquid is syrupy; pour in the cream and boil rapidly until lightly thickened. Season carefully with salt, pepper and drops of lemon juice; sprinkle with parsley and serve immediately.