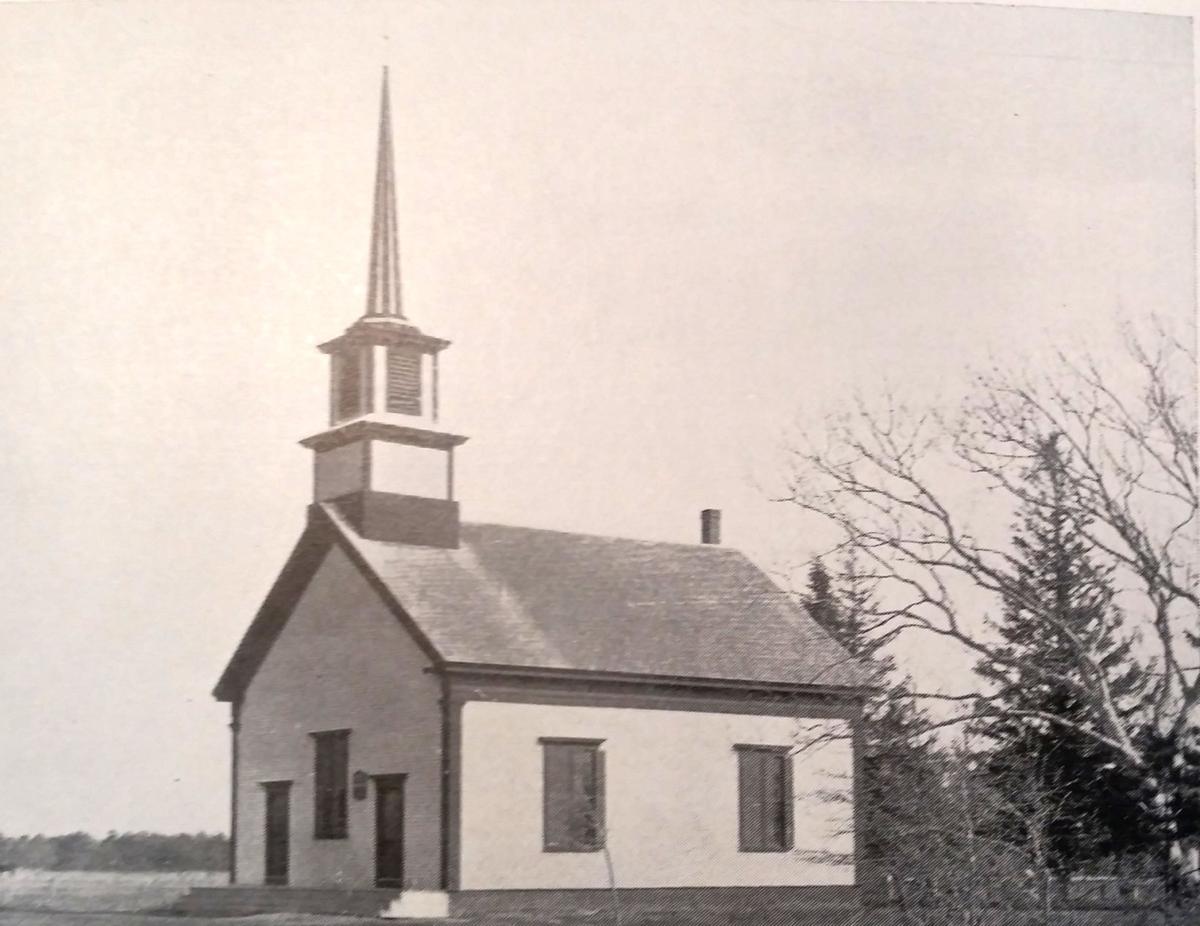 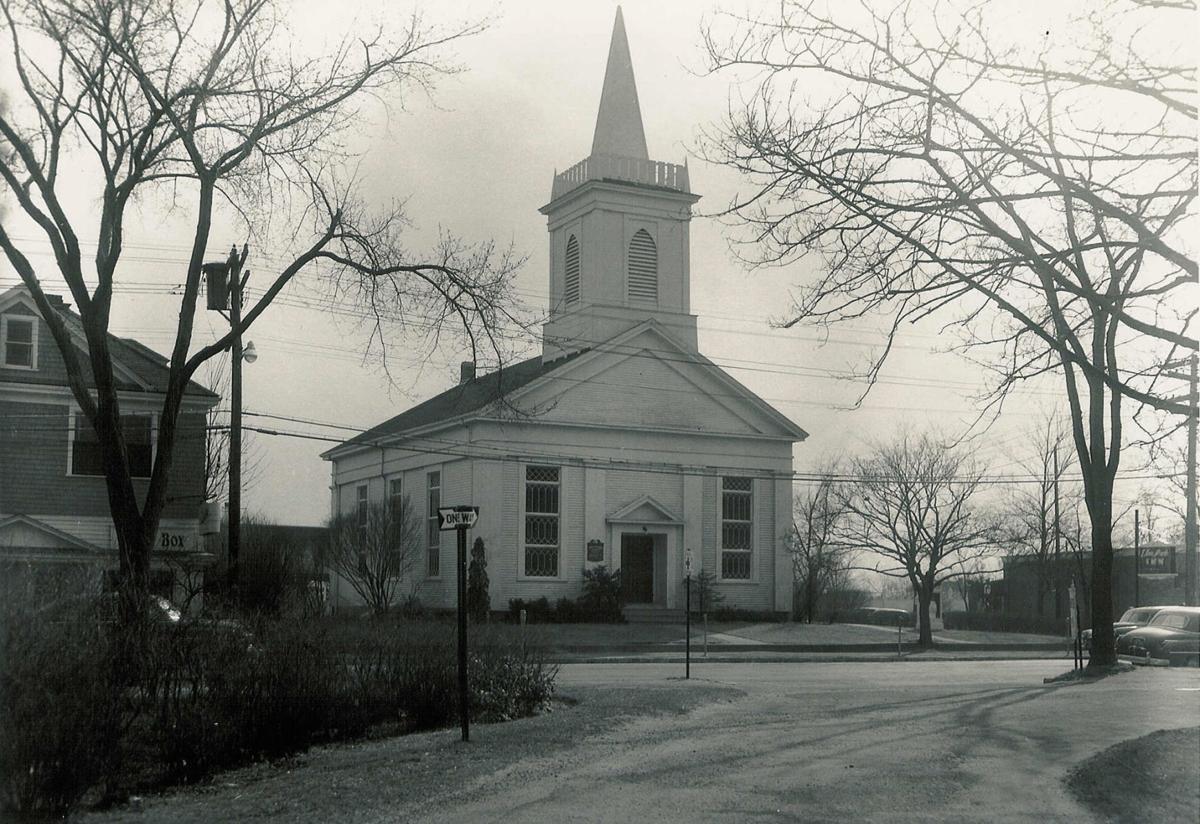 The Methodist Church on Main Street in October 1956

The Methodist Church on Main Street in October 1956

This is a story about a bell that few living souls have seen, that served two churches that no longer exist and that is now at an unknown location. Trust me, it’s still a story.

The first church that the bell served was the East Falmouth Methodist Episcopal Church. The church started in 1852 as an enthusiastic religious society gathering in homes, then later at a school. By 1859 they had organized and built a church – “as pretty a church to preach in as there is in all this region” (report of the church’s dedication in Zion’s Herald, December 7, 1859). The building itself was “pretty” and it was adjacent to a peaceful cemetery—the East Falmouth Burying Ground located just off Route 28 near Davisville Road.

Surprisingly, it took 38 years for the young church to acquire a bell. It is not known if the delay was due to lack of funding or “finding the appropriate bell,” but finally on Sunday morning, January 16,1898, “the people of this village were very glad to hear the sweet tones of the new bell.” The article in The Falmouth Enterprise also says that it came from the Blake Bell Co. in Boston, but it does not say if it had an inscription that would help us identify it.

The church thrived for many years and even undertook a building renovation in 1906 after nearly 50 years of service. By the 1920s, however, church attendance was declining, losing members to the larger Methodist church on Main Street in Falmouth (the First Methodist Church of Falmouth). And by 1935 the congregations had merged, with worship services held at the Main Street church. As activity at the East Falmouth building declined, vandalism increased. By 1943 the building had been boarded up for over a year, so it was sold, with a provision that the buyer would remove the building from the property. Importantly for this story however, the bell was saved and moved to the church on Main Street before the East Falmouth building was removed.

Following the bell then, our story moves to the church on Main Street which traces its roots further back, to the first Methodists in Falmouth, a group that gathered in 1808. By 1811 they had built a meeting house on the Methodist Society Burying Ground near the Poorhouse and the current Falmouth Police station. That building was moved in 1829 to a lot on the east side of Elm Arch Way at Main Street, then replaced in 1847 on the same site with the First Methodist Church of Falmouth, the building we see in old pictures and postcards until the 1950s.

Apparently, this building with its classic New England steeple did not have a bell. In the September, 1921 trustees’ minutes, we read: “Voted not to accept the old town bell, as the tower could not be made fit for less than $100.” And later, when the bell from the East Falmouth Church became available, there was discussion. November, 1942: “see if the fire department can move the bell from the East Falmouth Methodist Church”; February, 1943: “move the bell and furnace to the cellar of the Methodist Church for $75”; November, 1943: “Mr. A. R. Green to repair the tower for $500.” It was installed and went on to serve the church for many years.

I have talked to several current Methodists who remember hearing the bell in their youth, although Cynthia Smith said she remembers it with some trepidation because it seemed to be shaking the whole building. Maybe that was an indication of the condition of the tower or the building. By the 1950s the 100-year-old building was showing its age. It had no indoor plumbing and no foundation; the tower needed more work and the facilities were too small for the growing congregation. Renovation was challenging and expensive, so the alternative of building at a new location was undertaken. By late 1955 the church had bought the H. V. Lawrence property on Gifford Street for the new church—to be named the John Wesley Methodist Church. And the New Bedford Standard Times bought the Main Street property. Later, the Standard Times had the Main Street church demolished as planned but not before various items were saved from the church, including the bell.

So, again the bell was removed from a church that was closing. The plan was to use it at the new John Wesley Church. The story of the construction of this new church is replete with funding challenges; eventually the building was completed but the steeple was eliminated from the plan to limit costs. The bell had already been moved to the John Wesley Church property on Gifford Street, but it became clear that it would not be used there. Jim Cardoza tells me he remembers seeing the bell in a shed on the property, but his memory from over 60 years ago has no details that would help us identify it. The shed is now gone, but here the situation gets fuzzy: where did the bell go?

I have heard various stories, the two most common are that it was donated to a Methodist church in the western part of Massachusetts or to the East End Meeting House (formerly a Congregational Church but now the Falmouth Jewish Congregation synagogue).

There are a lot of Methodist churches in “the western part of Massachusetts” and the trustees’ minutes are silent about any such donation. I have contacted some of the churches directly and also approached several district superintendents without success. It may be out there, but I don’t know where.

Following up on the other story—the East End Meeting House—led me to a surprising discovery. In conversation with Cynthia Smith, who was office manager of the Falmouth Jewish Congregation for many years, I learned of a bell that was found and retrieved from the former parsonage of the East End Meeting House before the parsonage was sold in 1999 by the Jewish Congregation. Just to be clear, this is not the bell that we see on the lawn in front of the Meeting House but a previously unknown bell that had been stored in the barn of the former parsonage. Rabbi Elias Liberman kindly led me to this new bell, now on the ground near a garden shed beside the Jewish Congregation’s office building. My bell mentor, Carl Zimmerman, confidently states that “it is a Blake bell from about 1890.” That takes us full circle to the Blake bell mentioned in the Enterprise article from January 1898 about the East Falmouth Methodist Episcopal Church. Could it be the same bell? Was this the third time it was saved? Unfortunately, this bell has no inscription (or it may have been removed) so we can’t make a definitive identification and the reality is we don’t know if this is the roaming bell.

If anybody has more information or another story, I would be eager to hear it.