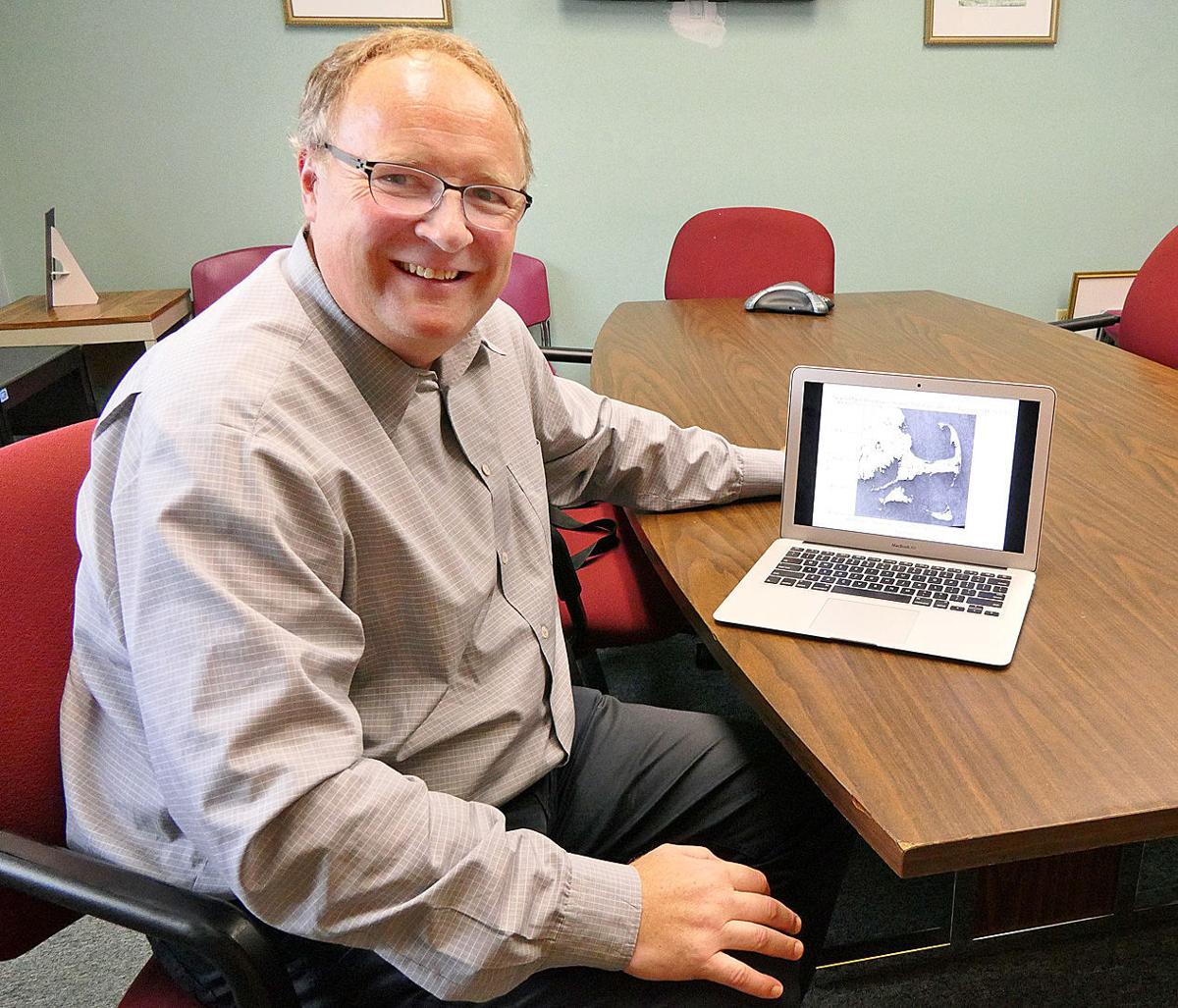 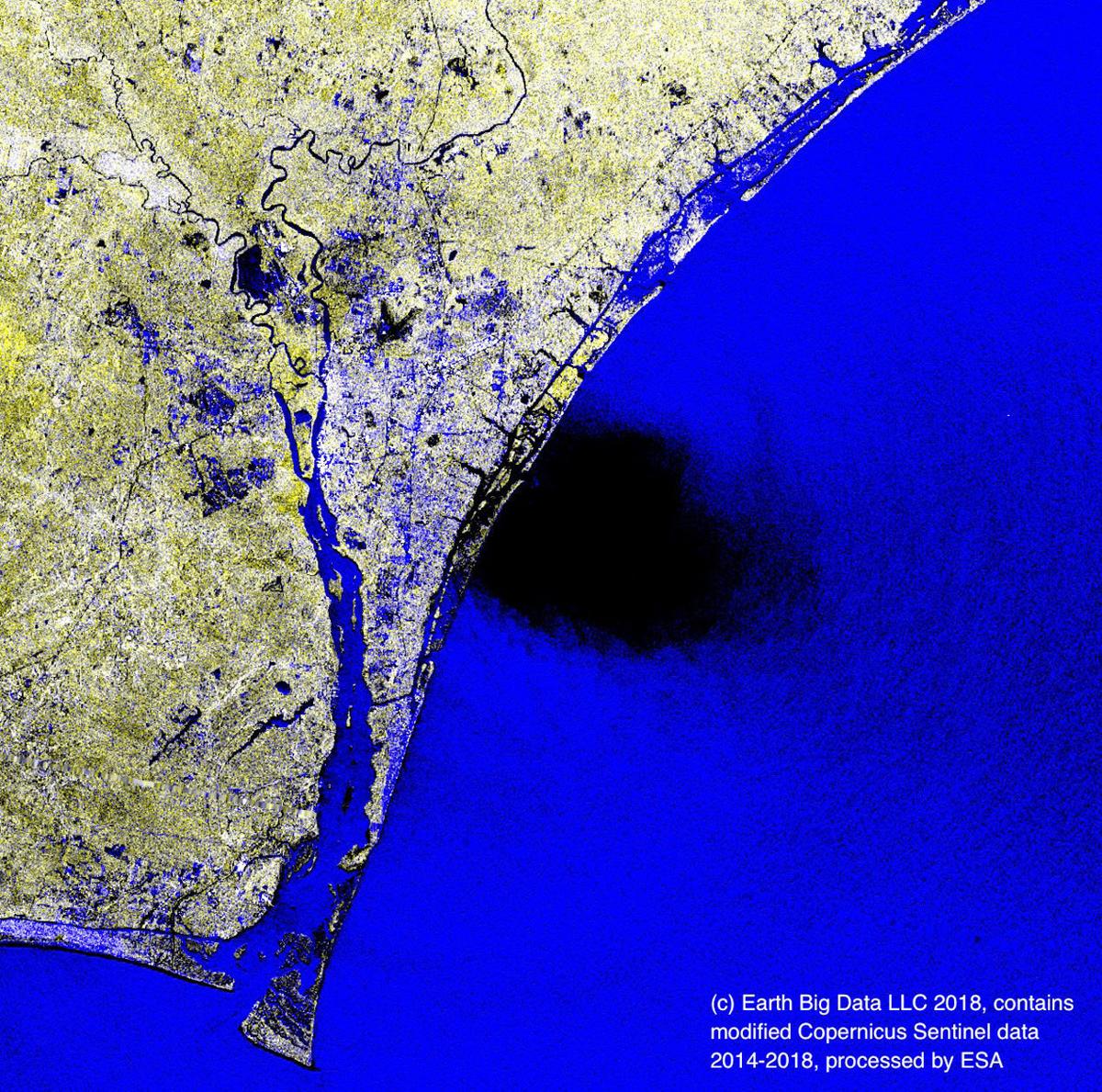 This image shows the eye of Hurricane Florence.

This image shows the eye of Hurricane Florence.

Twenty years ago, when Josef M. Kellndorfer was completing his doctorate in the science and engineering around Earth observation and remote sensing at the University of Michigan, the technology available at that time allowed him to research seven test sites around the world using 14 satellite scenes over several days.

“We developed software, we calibrated the data, we did all the research to get the information out that we wanted,” Dr. Kellndorfer said. “In my case, I’m most interested in ecosystems and helping map vegetation and also coastal applications.”

Today, technology has made a quantum leap forward and allows Dr. Kellndorfer to process the data from 250,000 satellite scenes in just two days.

“What’s exciting today is that we actually have the technology to do a much more rigorous continuous observation of the planet at high volumes,” he said.

Data mining currently involves petabyte—1 million gigabytes—or even higher volumes that are far beyond what an institutional high-performance compute cluster can process.

“What we need to do now is come up with intelligent solutions, automated processing techniques and algorithms that can extract information without too much of our direct interaction with the data,” Dr. Kellndorfer said.

A Falmouth resident who initially trained as a geographer in Munich, Germany, Dr. Kellndorfer is now president and senior scientist of Woods Hole-based Earth Big Data, LLC—a one-man startup that he founded in 2015 after working for a decade for the Woods Hole Research Center, where he is still a visiting distinguished scientist.

To simplify that mouthful of jargon, he compared his work to a physician’s.

“I always explain myself as being a radiologist, and my patient is the Earth. I look at it from all the different technologies—the X-rays, CT scans, MRIs, if you will—and I happened to specialize in a technology called microwave or radar remote sensing,” he said.

The technology is cloud-penetrating, so researchers can receive measurements any time they take an observation, no matter the cloud cover in an area.

“If you put good data on the table, if everybody understands what we measure, what we see, what we can model and predict, we’re in a better position to make good decisions, and that’s for all sorts of environmental issues including deforestation, flooding and drought,” Dr. Kellndorfer said. “I’m very much involved in helping nations in the tropical regions foremost to get better at monitoring their forests.”

As part of the United Nations climate change agreement, these nations have mechanisms to be compensated for reducing their deforestation rates, but researchers need to monitor and account for those reductions, which is where Earth Big Data enters the process.

In addition, for the past eight years, Dr. Kellndorfer has been a member of the National Aeronautics and Space Administration’s 20-person science team for a joint project with the Indian space agency called the NASA-ISRO Synthetic Aperture Radar mission, or NISAR, to co-develop and launch a dual-frequency synthetic aperture radar satellite.

“It’s the biggest mission that NASA has ever flown in terms of data rates. Within the first year we’ll collect as much data as all previous missions combined. We have huge data rates coming down from that mission, and it’s going to be a game-changer mission in terms of Earth observation,” said Dr. Kellndorfer, who will travel to India next month for a joint science team meeting.

“We’re pushing 100 terabytes a day, and we have a huge downlink rate, so it was clear we needed to come up with technologies and tools to push the envelope,” he said.

Organizations such as NASA and the United States Geological Survey are moving most of their data into the cloud after decades of investing in their own hardware and access centers. At the same time, private companies such as Google, Microsoft and Amazon are copying and moving these data sets into the cloud.

Among Earth Big Data’s other recent endeavors are projects with government agencies, for-profit companies and nonprofit organizations such as the World Wildlife Fund in the United States, Europe, Japan and South America.

“Companies like mine can prepare data in a much more usable way so that a customer or researcher doesn’t spend a vast amount of time on data preparation,” Dr. Kellndorfer said.

For example, as part of a project for the Ecuadorean government, Earth Big Data helped create an early warning system for deforestation, which is often going on illegally.

“We’re looking for trends in the time series of these satellite data to find where sudden changes occur. Once we put out an alert, experts go out and validate what’s happening on the ground,” Dr. Kellndorfer said.

Also, last month, his company used publicly available satellite data to reveal the extent and impact of Hurricane Florence on inland and coastal communities of North and South Carolina as the eye made landfall.

“The satellite’s long-wavelength radar is capable of penetrating cloud cover to reveal details about the land and sea surface that are not easily seen on such broad spatial scales during life-threatening events like large storms,” Dr. Kellndorfer said.

“Images like these demonstrate the power of big geospatial data sets in helping emergency managers deal with massive events like Florence,” Dr. Kellndorfer said. “Unless they are able to see the full extent of a storm or a wildfire, they can’t fully address its potential impact on society and the environment.”

While he is still the only full-time employee of Earth Big Data, the company’s founder said he is reaching his limit with the new NISAR mission and will need to build a larger team.

“I’m still in the phase to decide how big of a core team I would need as employees, or how much I could accomplish with a team of close collaborators or contractors,” he said. “The team doesn’t have to be co-located. I don’t need to have an office space. I can work in a modern way, through open-source software, with the best talent, who mostly want to work out of their homes these days, wherever they are around the world.”