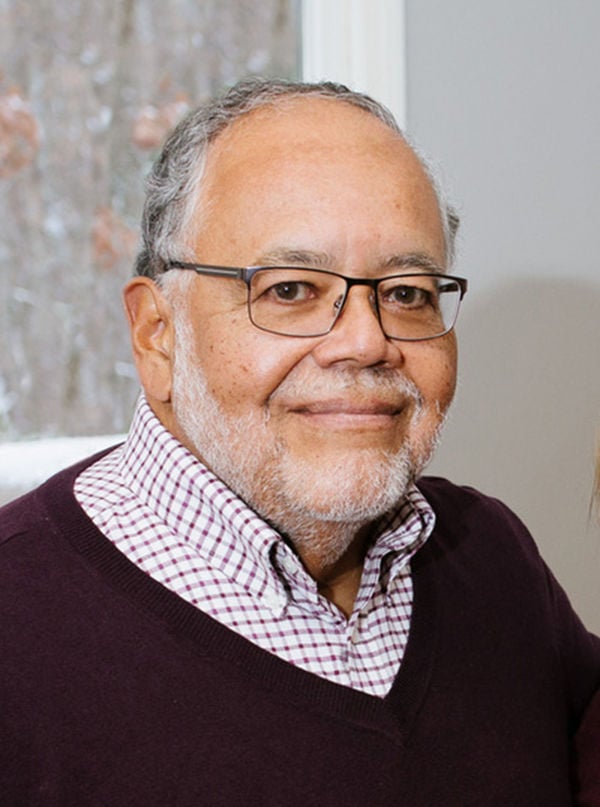 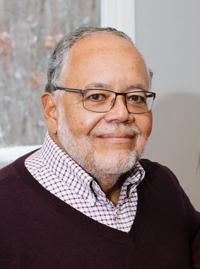 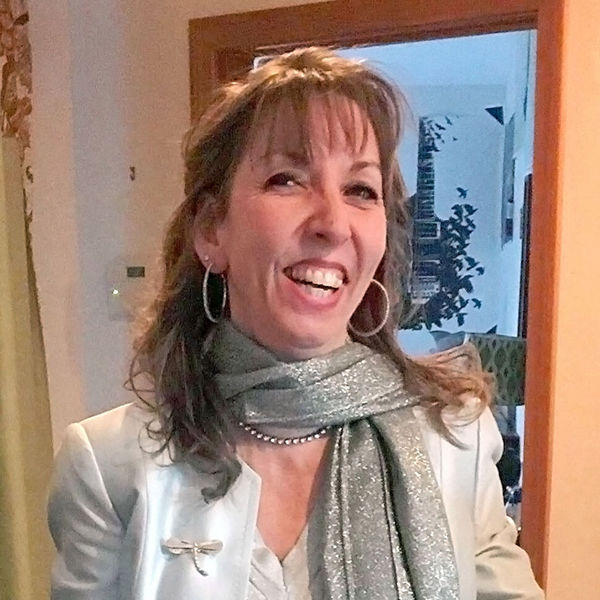 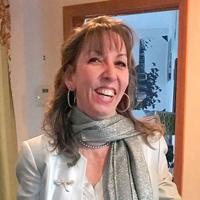 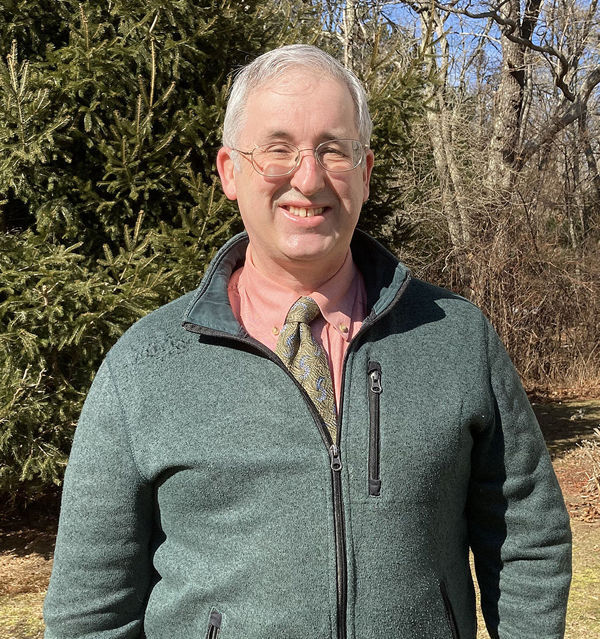 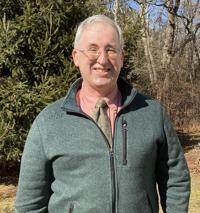 At 7 o’clock on a weekday morning the Reverend Manuel W. Aran logs into a computer in the small chaplaincy office at Falmouth Hospital as the corridors around him begin to whir with activity.

Mr. Aran spends only enough time to view the daily patient list. It will serve as his itinerary for the morning. Most days he will make his first stop at pre-ops to offer to pray with patients heading into surgery. As with all the patients he has visited at Falmouth Hospital since starting as a paid chaplain last October, the preoperative patients are alone, sometimes with phone in hand.

No visitors are allowed during the COVID-19 pandemic. Most patients see no one but hospital employees during their stay, unless a member of the clergy knocks on their door.

Mr. Aran is one of three interfaith chaplains the Upper Cape Chaplaincy has placed at Falmouth Hospital recently following the retirement of the Reverend Sally Miller last September and the death of the Reverend Edmund C. de la Cour Jr. in January this year.

Mr. de la Cour served at Falmouth Hospital briefly before falling suddenly ill with lymphoma and pneumonia last fall. Mr. Aran, a former Baptist minister who grew up in Roxbury, came out of retirement to fill the chaplaincy’s sudden vacancy. He was soon joined by the Reverend Carl Evans of Christ Lutheran Church in Falmouth and the Reverend Saramaria Allenby of North Falmouth Congregational Church. Together, the three part-time chaplains will continue to provide ecumenical care to Falmouth Hospital patients on behalf of the Upper Cape Chaplaincy, sharing the hospital’s small chaplaincy office with Catholic clergy and other pastoral care workers permitted into the building.

The Upper Cape Chaplaincy formed in 1998 when the Reverend Douglas K. Showalter of the First Congregational Church called together members of Protestant churches to address the need for pastoral services in the region. Ann Stone, who was appointed president of the board in January, said the three new chaplains were a priority this year despite a 25 percent reduction in funding through the organization’s contract with Cape Cod Healthcare.

“We feel these services are needed now more than ever,” Ms. Stone said. “Not only do the hospital patients need support, but the staff as well. They’ve gained strength from the chaplains.”

Mr. Aran said he can see about 35 patients during his four-hour shift. “The population ebbs and flows,” he said. “COVID-19 has affected us greatly. There are fewer elected surgeries, and many will not require hospitalization. The ones that do have been postponed. It has affected everything in the hospital, not just the COVID-19 patients. It’s cut down people’s primary care visits, their attention to their health. People with illness feel discouraged to contact their doctors.”

Mr. Aran first became familiar with Falmouth Hospital as a volunteer chaplain 20 years ago. Ms. Miller recruited him shortly after he moved to the Cape in 1999.

Mr. Aran studied at Gordon-Conwell Theological Seminary and completed chaplaincy training at Lemuel Shattuck Hospital in Boston. He is ordained in the American Baptist Church and has led congregations in Pennsylvania and Massachusetts during his career in the ministry. Before moving to Falmouth, Mr. Aran served as the pastor of South Baptist Church in South Boston and worked at most of Boston’s major hospitals as a chaplain. Mr. Aran has also worked as a clinical social worker since his retirement from the ministry.

Mr. Evans completed seminary at The Lutheran School of Theology in Chicago in 1997 and trained as a hospital chaplain at Rush-Presbyterian-St. Luke’s Medical Center. He has lived in Falmouth for 12 years and serves as the pastor of Christ Lutheran Church on Brick Kiln Road.

Ms. Allenby graduated from Union Theological Seminary in New York City in 2003 and trained at Isabella Geriatric Center. She is ordained through the United Church of Christ and serves as a spiritual care advisor at Gosnold Treatment Center. She is a member of North Falmouth Congregational Church.

Falmouth Hospital patients have an opportunity to identify their religion and request a visit from a member of the clergy upon admission. Chaplains are free to tour most areas of the hospital and greet patients at the threshold to their rooms. Many patients invite them into their rooms to pray and receive care.

The chaplains remain a stable presence as protocols have shifted during the COVID-19 pandemic. Many of them have also provided support to the staff of Falmouth Hospital, who have been working under the intense pressure of the pandemic for nearly a year.

The chaplains have a great effect simply by bearing witness.

In a recent visit, Ms. Allenby said she ran into a nurse who runs triage in the emergency room.

“I walked up to her one Wednesday, and we had a five-minute talk,” Ms. Allenby said. “I told her, ‘I want you to know that I see you and I see how hard it must be.’ And we went on our way.”

They saw each other again on Ms. Allenby’s next visit, she said, and the nurse told her their conversation buoyed her through the week.

“I’m not the medical person,” Ms. Allenby said. “I’m not coming to put an IV in you. A patient gets a nurse, a doctor, a specialist, even a person cleaning their room. They see a lot of people, but we care for them as a human. Even with a mask, you can still look in peoples’ eyes.”

Mr. Evans said he often offers to say a prayer for a patient as a coda to his visit.

“When I pray, I always say the person’s name,” Mr. Evans said. “I will pray that the staff who cares for them has wisdom. I pray to ease their pain, bring calm, peace and patience. I had a case where when we were done praying, the patient told me no one had ever prayed for her before.”

One of the first things Mr. Evans does when he checks in is visit the front desk on the first floor where beds are reserved for COVID-19 patients behind a glass partition. He tells the staff he is thinking about about them.

COVID-19 patients at Falmouth Hospital cannot receive a chaplain in their rooms except by special request, so the chaplains have found other ways to provide care.

“I’ll go as far as the door,” Mr. Aran said. “We have their name, age and what they’re suffering from, so I pray for everyone at their door on the first floor. They’ve gotten used to me in the ICU.”

Mr. Evans, for his part, visits the hospital chapel to say a prayer for the COVID-19 patients.

“Folks don’t necessarily know who we are,” Mr. Evans said. “You’re another masked person waving at them. But you have to try to make that work.”

Ms. Allenby said she sometimes recognizes the names of COVID-19 patients and is able to get in touch with their family members.

“For example, one of my son’s former kindergarten teachers was in the hospital with COVID,” Ms. Allenby said. “I’ve known her forever. I sent her a text. I told her I’m here and I’m thinking of you. You take what little you can do to connect as people when we are physically distant.”