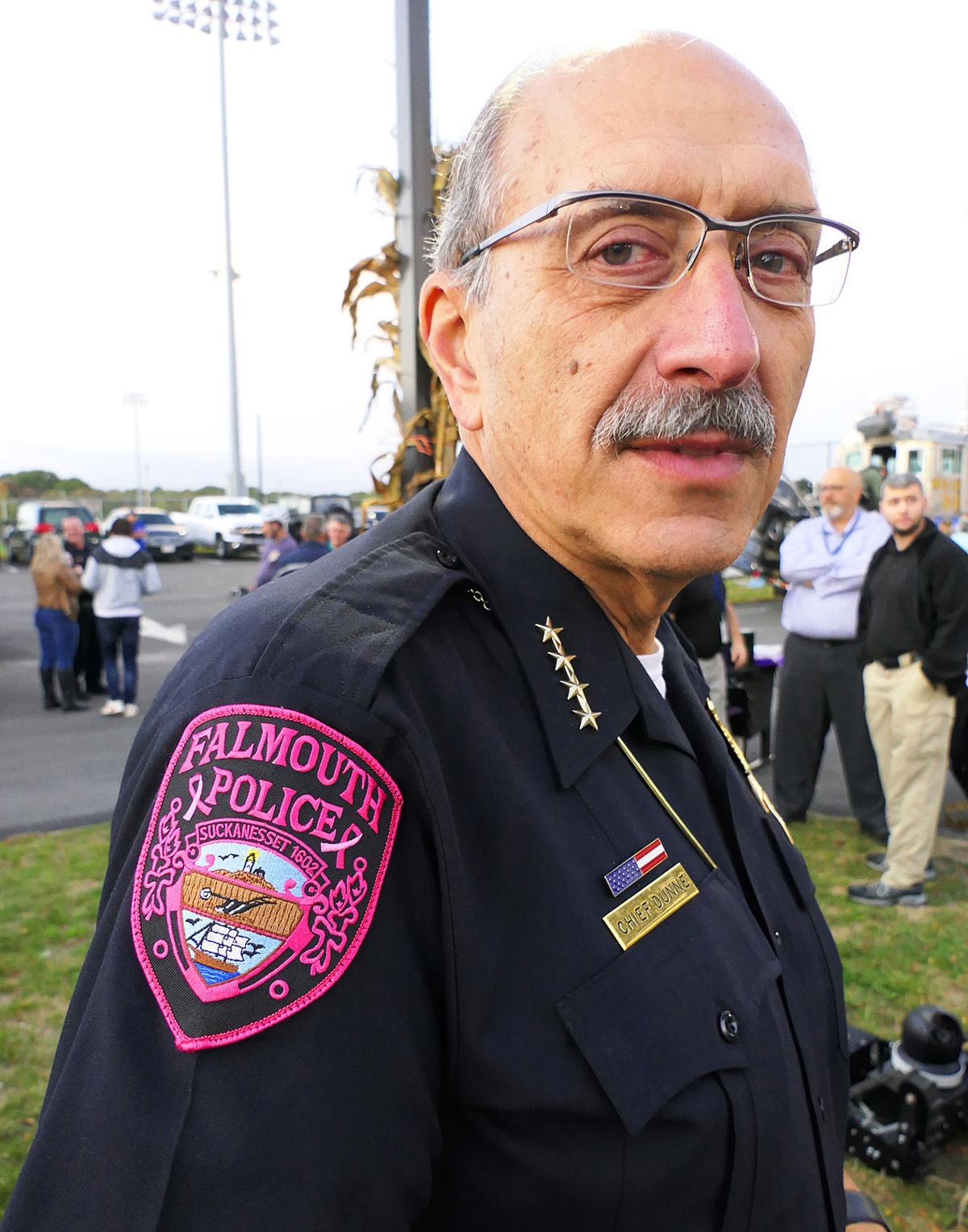 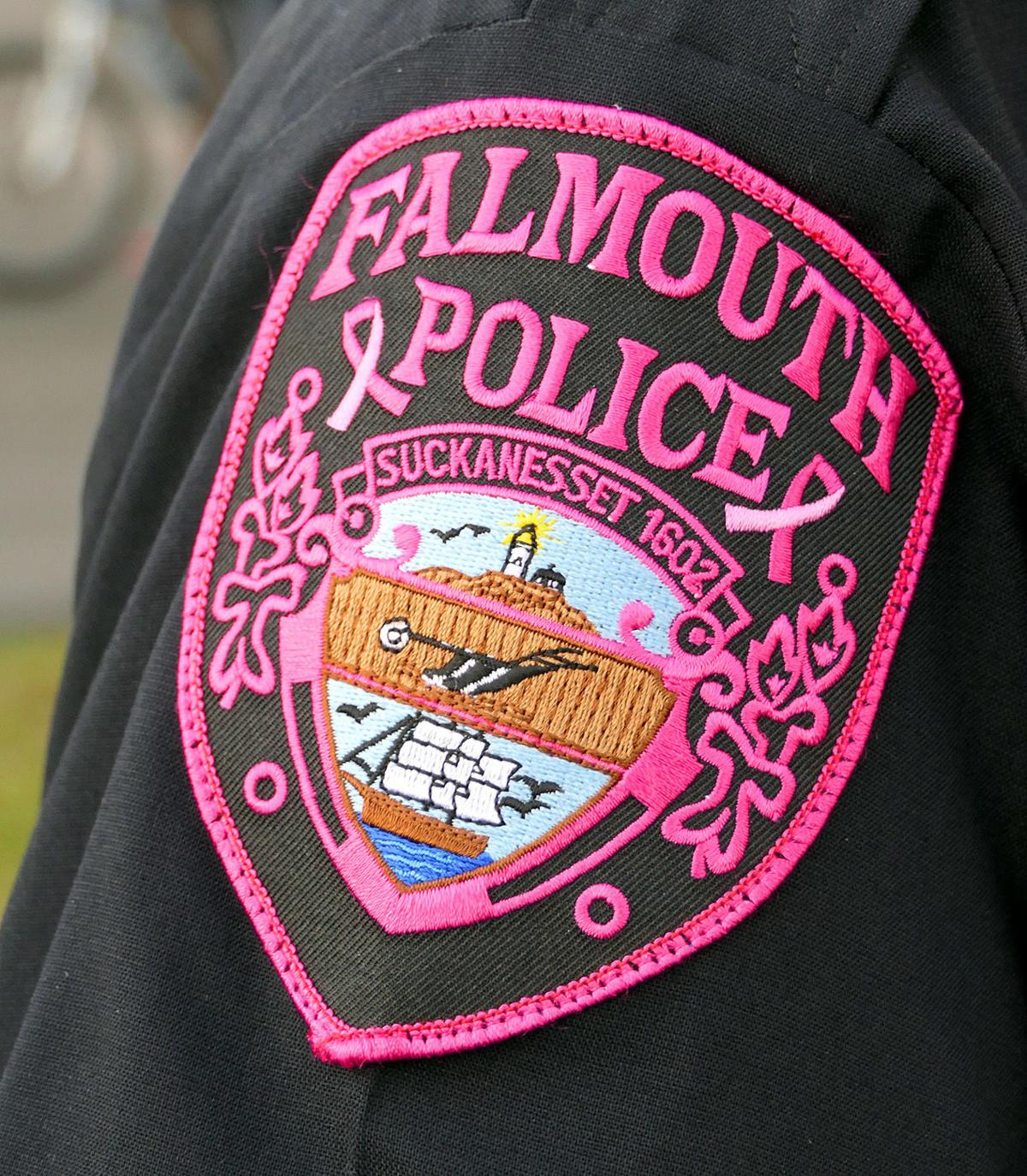 In October, pink is the new blue.

Started by the Irwindale Police Department in California in 2015, more than 390 police, fire, sheriff’s and EMS departments nationwide now participate in the fundraiser.

“When we got involved, there were only about 70 departments doing this,” Falmouth Police Chief Edward A. Dunne said. “I found out about it at a police chiefs’ meeting, where I saw someone with a pink patch and inquired about it. It is a great cause to participate in and support.”

The limited edition pink patch features a pair of pink ribbons alongside the town seal, complete with Nobska Lighthouse, a plow, a clipper ship and sprigs of cranberries. The $10 patch can be purchased at the Falmouth Police Station and Falmouth Town Hall.

New this year is a Falmouth Police pink patch T-shirt. The shirt features a pink patch on the front and a pink ribbon on the back, accompanied by the phrase “Fight For The Cure.” The shirts, which cost $20, are available in large and extra-large sizes, and can be purchased at the Falmouth Police Station and Falmouth Town Hall.

The police department will be ordering additional sizes. Later this month, medium and XXL shirts will be available for purchase.

“We’ve only just got started, but we sold about five shirts on the first day,” Chief Dunne said.

He said all proceeds from T-shirt and patch sales will be donated to a local cancer foundation. In prior years, funds raised have been donated to Cape Cod Healthcare Cancer Services at the Clark Cancer Center and Seifer Women’s Health & Imaging Center in Falmouth. The department raised approximately $3,400 in 2017 and $1,000 in 2018.

“We’re going to donate as much as we can,” Chief Dunne said. “We’re hoping to sell everything out, and all that money will go to a good cause. We’re looking forward to making a big donation.”

Officers will also be participating in the event. Falmouth police officers have the option of wearing the pink patch instead of their regular patch during the month of October. In addition, the patch on the Falmouth Police Department cruisers will be changed to the pink patch.

Since its inception in 2015, more than 900,000 patches have been sold and more than $1 million dollars have been donated to breast cancer research organizations nationwide.

For more information on the Pink Patch Project, visit pinkpatchproject.com.

I like the idea of the project but it’s not very practical for the public to buy pink patches. What do you do with it? You’re not going to sew it on clothes s if you are impersonating a police officer. Leave the patches for law enforcement officials and let the public buy a sticker or magnet they can put on their car as a sign of support.