Night riders on the Carousel of Light. 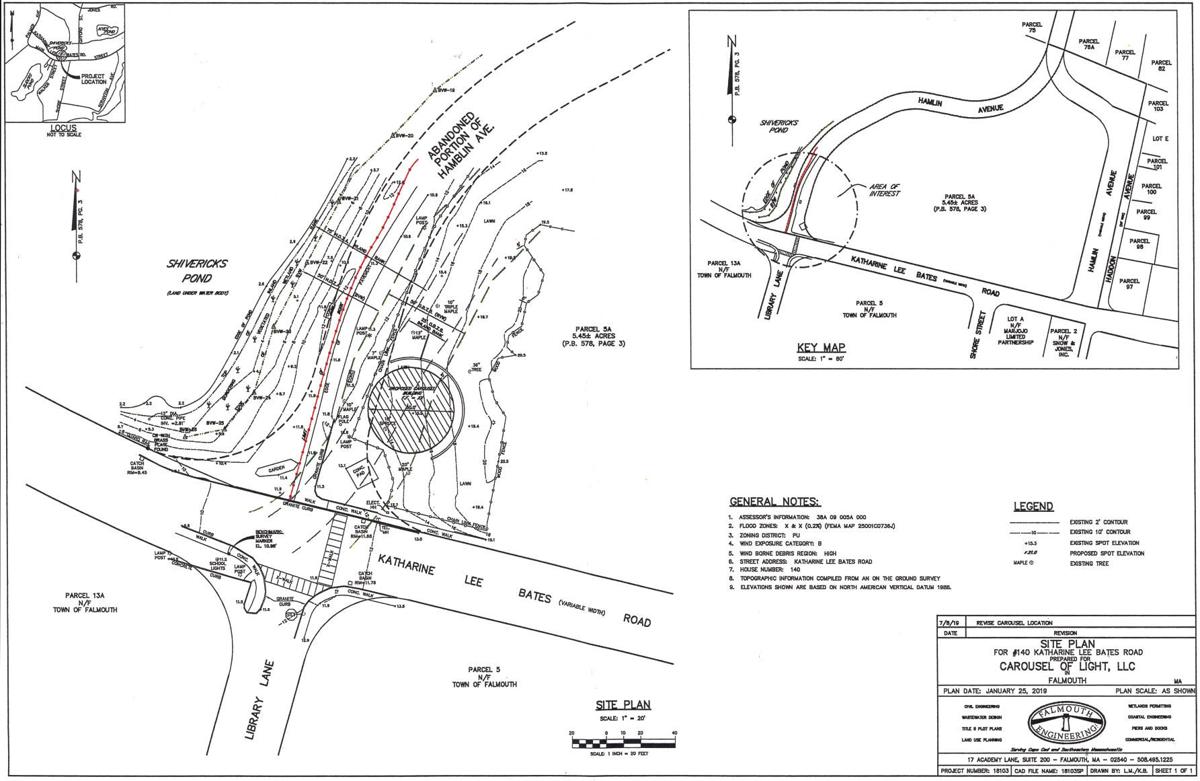 Night riders on the Carousel of Light.

Since 2014, the carousel, with wooden horses hand-carved by Falmouth artist Lance Shinkle, has been located during the summer months in the Mullen-Hall Elementary School’s front field, but putting up and taking down the historic wooden structure each year is taking a toll on the carousel’s horses and mechanisms.

Next year, the carousel could move to a permanent and enclosed site to the western edge of the same property, beyond the school’s playground fence and close to the former Hall School cupola and Shivericks Pond.

Troy G.B. Clarkson, president of Carousel of Light Inc., said on Thursday, October 24, that a task force led by selectmen chairwoman Megan E. English Braga and made up of Carousel board members, school committee members and selectmen has been meeting about the project for over a year.

Task force members include James C. Bowen from the Carousel board of directors, selectwomen Susan L. Moran and Ms. Braga, and Michael Kasparian, president of the Falmouth Chamber of Commerce.

“We’re emulating the process the town used to lease Highfield Hall, and the site visit was the next step in the process to show the school committee the piece of land we’re talking about,” Mr. Clarkson said.

The school committee might discuss and/or vote on the proposed location at its next meeting November 12, but that has not yet been decided, Dr. Duerr said Wednesday, October 23.

“We love the site we’ve been on for the past several years. It has been very successful for us, with more than 120,000 riders on the carousel, which is part of the fabric of the community,” Mr. Clarkson said.

The current site is in the middle of other Mullen-Hall school operations, Mr. Clarkson said, and the task force sought a nearby site that could coexist with the Mullen-Hall playground and school property but would be less intrusive.

“The proposed site has all the properties that the current site has, and the location has been time-tested in terms of traffic, safety, parking and attracting people from Main Street. The Mullen-Hall playground and the carousel complement each other, and the proposed site is on property not being used for anything else,” Mr. Clarkson said.

Board of directors members Michael Borseli from Falmouth Engineering and Antonia A. Kenny of Keenan + Kenny Architects, along with builder Michael Duffany, are working on an engineering plan and considering the shape of the secure enclosure, which will be a kind of pavilion with a roof, walls and windows.

“As the process moves forward, we’ll have a better sense of what shape the enclosure will take,” Mr. Clarkson said. “It’s both the expense of putting up and taking down the carousel, which costs $10,000 each year, and the wear-and-tear on the antique mechanisms, so having a permanent structure would be significant for us.”

Also, having a permanent location would enhance the board’s ability to raise funds to repair and maintain the carousel in a more permanent way, he said.