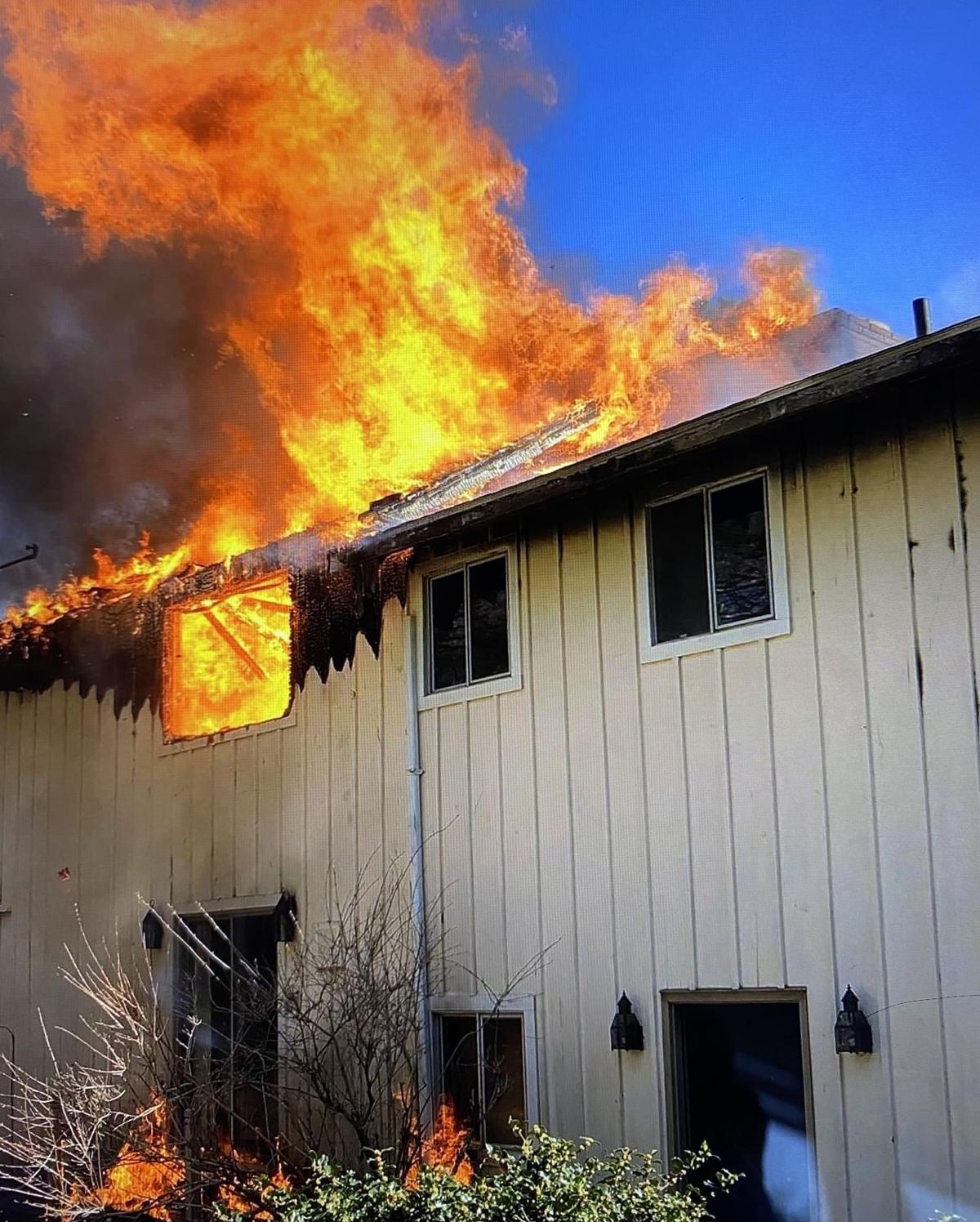 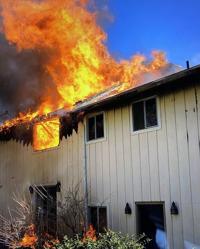 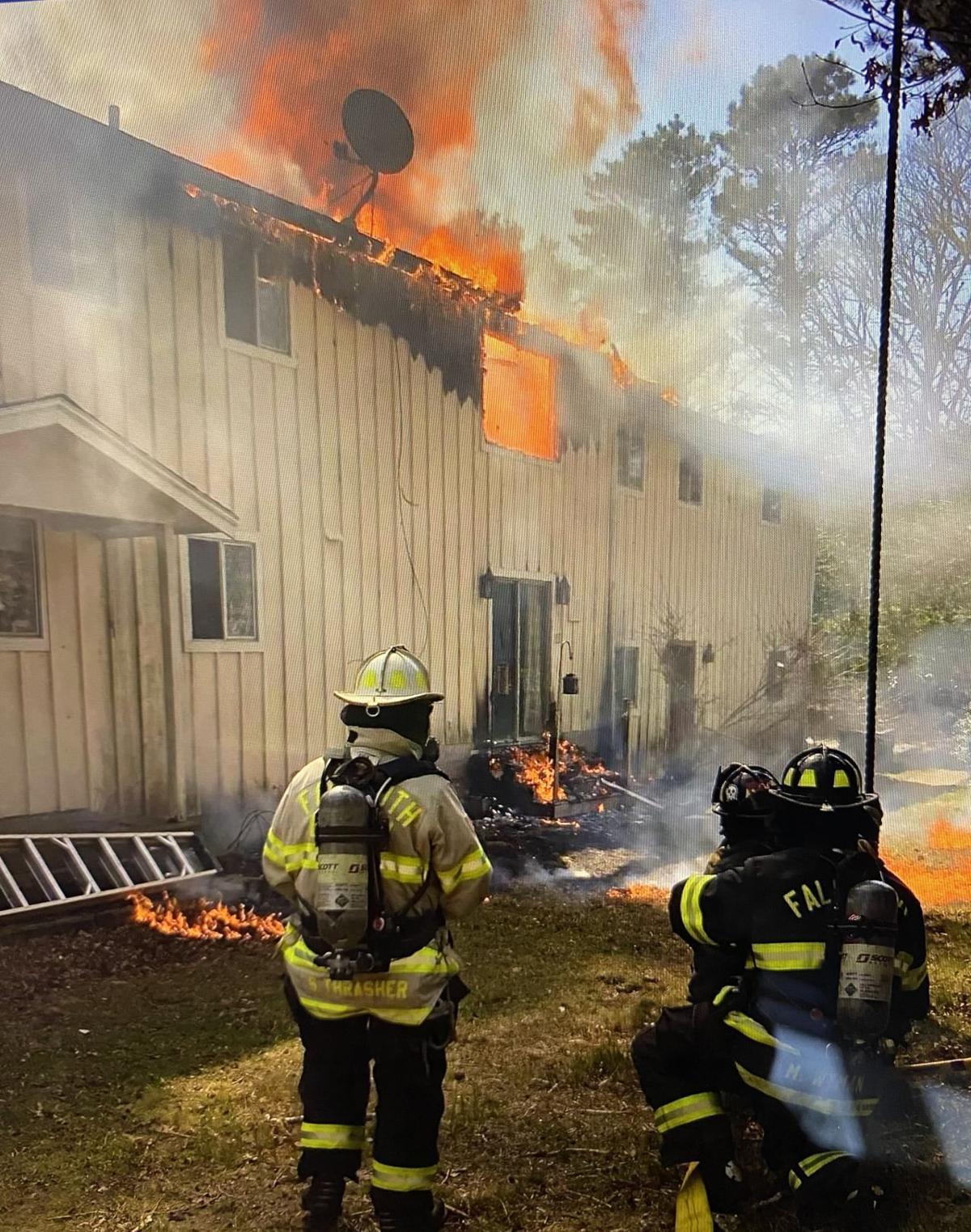 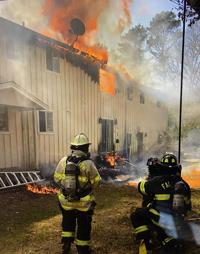 On Friday afternoon, just before 3 PM, firefighters from Falmouth and Joint Base Cape Cod responded to a two-story structure fire at 20 Crosby Lane in Waquoit.

When the firefighters arrived on the scene, they saw flames shooting out of the second floor of the home and quickly ascertained that all four family members, as well as their dog, were safe, Falmouth Deputy Fire Chief Scott Thrasher said.

Firefighters found that the fire, driven by strong winds, had spread to the roof and caused a partial collapse, Deputy Chief Thrasher said. Crews battled the flames from outside the building until they could determine the structure’s stability.

A second alarm was issued and engines from Cotuit and Bourne fire departments responded. Together the departments brought the fire under control at about 5:30 PM.

None of the family members was seriously injured, but one member was transported to Falmouth Hospital for treatment of a non-life-threatening condition, Deputy Chief Thrasher said.

The Falmouth Fire Department also helped out on Friday and Saturday with brush fires in Mashpee and Sandwich.

“We had very good coverage and extensive mutual aid,” Deputy Chief Thrasher said on Saturday. “It’s a good system, and we support each other well.”