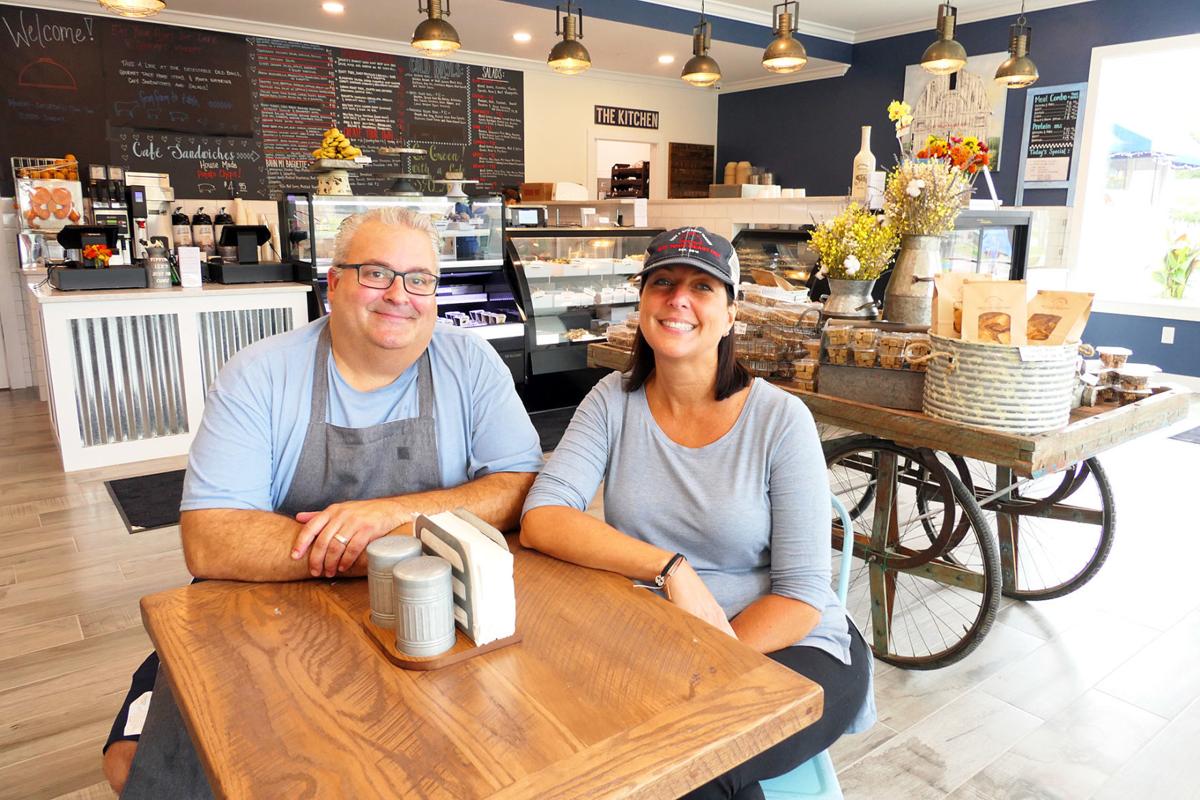 Sean Dailey, owner of Eat Your Heart Out Café and Gourmet Market and his wife, Laila. The market opened this week. 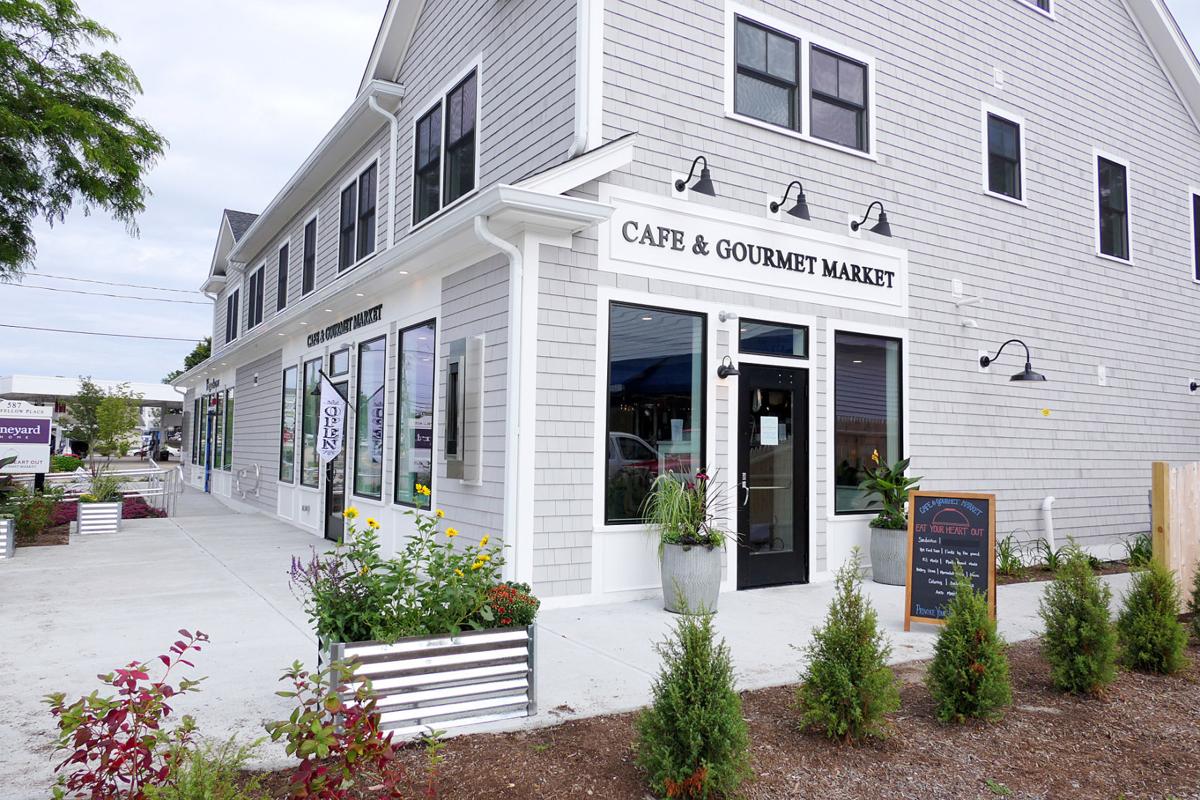 Eat Your Heart Out Café and Gourmet Market on Main Street

Sean Dailey, owner of Eat Your Heart Out Café and Gourmet Market and his wife, Laila. The market opened this week.

Eat Your Heart Out Café and Gourmet Market on Main Street

After a year-long delay, Sean Dailey, chef and owner of Eat Your Heart Out Catering, has opened his café and gourmet market at the corner of Main Street and Nye Road.

The café serves sandwiches, bowls, and salads using fresh produce from farms within a 90-mile radius. It offers house-made potato chips and on-the-go snacks like energy bites, packed in small containers atop a rustic wagon in the center of the restaurant.

Mr. Dailey selected each piece of decor for the new café, down to the barn-door paintings of animals wearing glasses he commissioned.

“Every little thing is what I’ve been picturing over the past three to four years,” he said, looking around the room.

A tip jar, fashioned out of a metal milk jug, notes, “Tipping is not just for cows.” The lights above the long countertop that faces Main Street were fashioned from cooking whisks. Customers can enjoy food on-site while sitting at the counters but the primary function of the eatery is take-out.

“Everything here is custom-made. It comes from my heart, my soul—just like my food,” Mr. Dailey said.

Mr. Dailey opened Eat Your Heart Out Catering on Teaticket Highway 18 years ago. The service delivers as far away as Provincetown and extends to Dartmouth and Kingston off-Cape. Three trucks and 30 employees keep the catering business running, Mr. Dailey said.

The demand for his catering dishes prompted Mr. Dailey to open a small gourmet-market on Main Street. Mr. Dailey said he was tired of turning down frequent requests for smaller portions of popular menu items.

The move became a logical next step, he said. Opening the new location would have been difficult without his wife, Laila (Mustafa) Dailey, he added. She has taken over operations for the catering side of Eat Your Heart Out, so that Mr. Dailey can focus his efforts on the café and gourmet market.

Mr. Dailey said he prefers to work in the kitchen with his team. He hopes to have about 14 employees year-round at the café. Everything on the menu was created using Mr. Dailey’s recipes and some menu items are popular catering dishes.

Megan Greene, the market’s assistant manager, designed the chalkboards that span the back wall behind the counter. Her blue, green, red, and white letters form the lengthy list of food options available. The menu offers both vegan and gluten-free items.

The café was supposed to open over a year ago in May 2018, Mr. Dailey said. Various problems with the building stretched that timeline.

Mid- to late October last year he thought he might be able to open by January 1. Then came May. “It was tough to get a straight answer. I had no idea from one week to another... I was trying to turn a page and I just couldn’t. It was stuck,” he said.

“This stuff has all been in here,” Mr. Dailey said, motioning to the countertops and chairs. Mr. Dailey said he was able to fall back on his catering business to support the new café while waiting for occupancy permits. If he were opening a new restaurant for the first time without a catering business, things might have been different, he added.

Despite the delays, Mr. Dailey said he has remained positive.

“This town has been so good to me,” he said, standing in the new space. “It’s here now, I’m just ready to get rolling.”

It's a great article but you forgot to tell anyone where on Main St. it is located. Main St. Is a long street

Congratulations Sean a very welcome site on Main St. Your food is fabulous

Looking forward to visiting the new store when I return to the Cape. Just where on Main Street is the location?