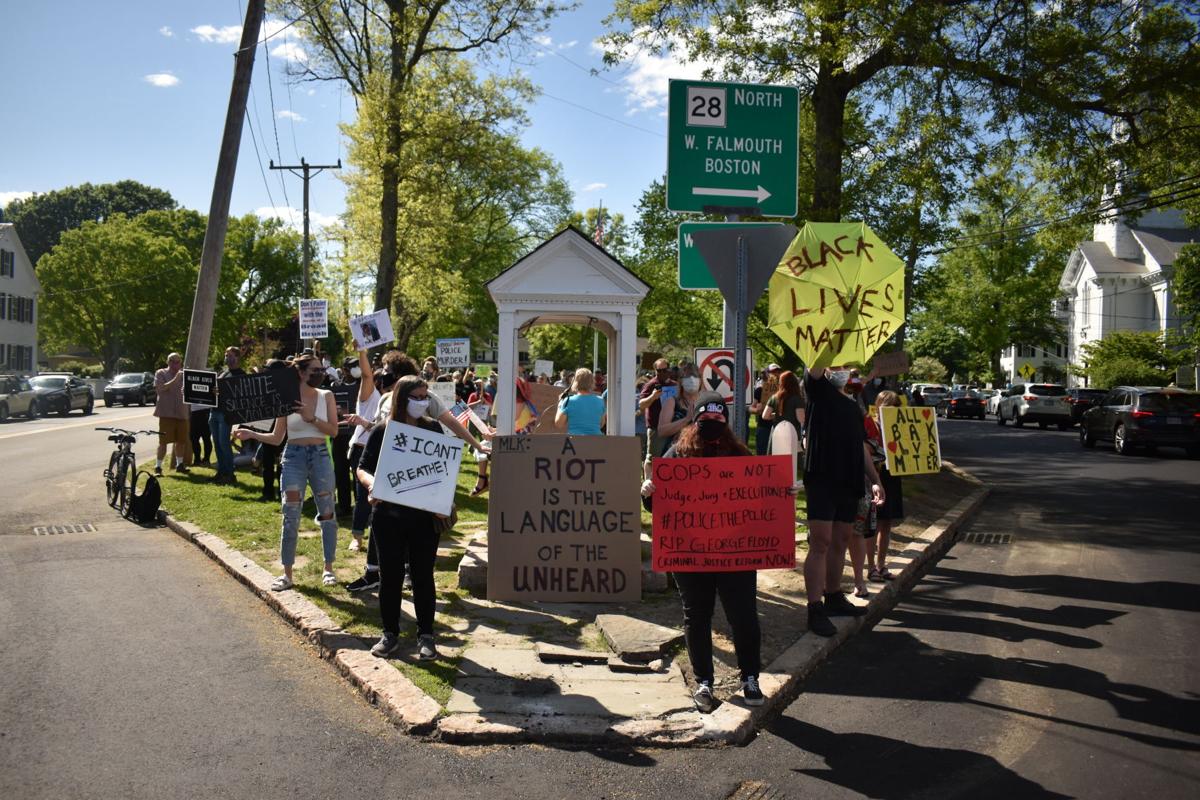 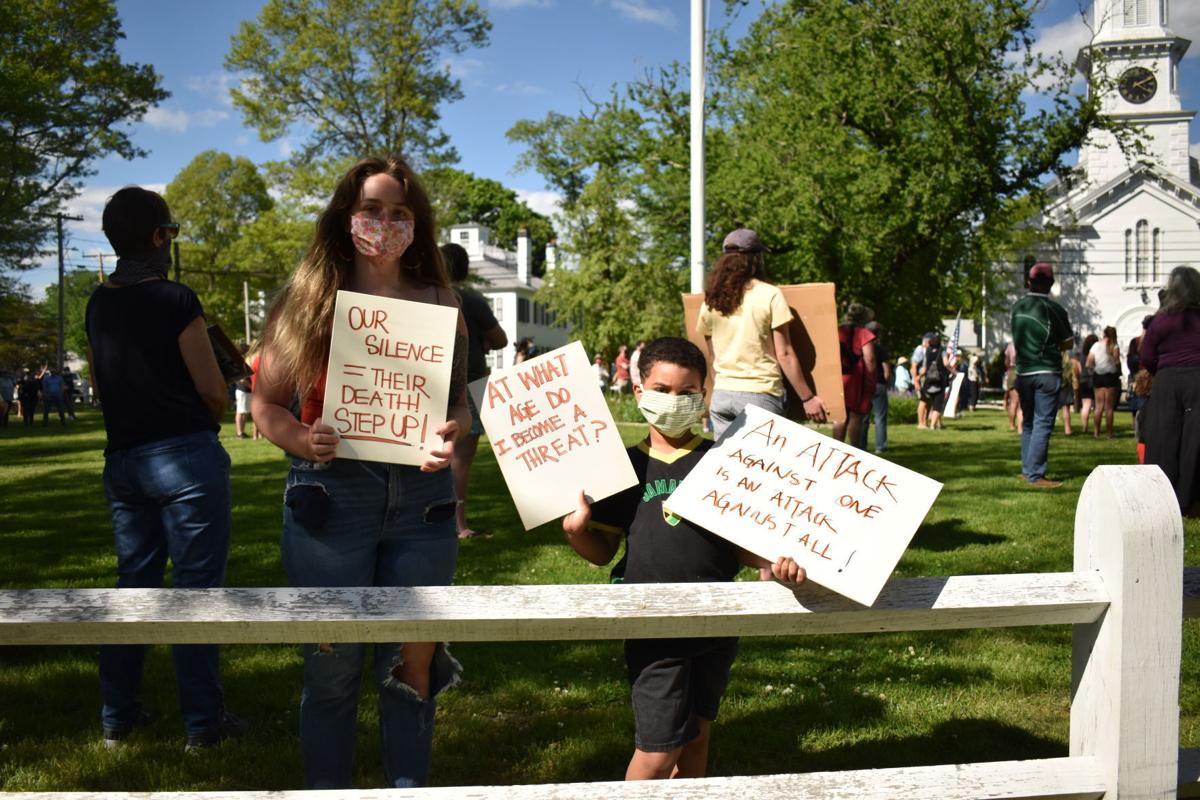 Veronique Meriot and her son, Sebastian, held signs in protest of police brutality as the crowd observed 15 minutes of silence.

A silence fell over a crowded village green at the center of Falmouth at 4 PM on Sunday, May 31. Hundreds of demonstrators lined the edge of the green, holding signs in support of nationwide protests against police brutality.

“A riot is the language of the unheard,” read a sign propped against the well at the point of the village green, displaying the words of Martin Luther King Jr. that have been cited by activists and demonstrators across the nation. In recent days protests against police brutality have, at times, turned violent.

At the vigil, organized by No Place For Hate Falmouth, demonstrators observed 15 minutes of silence to confront racism and honor the memory of George Floyd, the African American man whose death while in police custody in Minneapolis sparked nationwide protests against police brutality.

At 4:15 PM the bells of the First Congregational Church rang, and the crowd began to disperse.

One demonstrator, the Reverend Carl Evans, pastor at Christ Lutheran Church in Falmouth, said it was important for him to be at the vigil to show solidarity with the national movement.

“My tradition is all about love,” he said, “and I think that’s what we need to cultivate in our community, a sense of love and care for all people, and I think we need to pay attention especially to those who have been overlooked.”

Michelle Cook, a Navajo human rights lawyer from Boston, said that she came to the demonstration in support of equal rights for all people in America.

“It has been centuries of violence against black people and people of color,” she said. “And it has to stop, and the police have to be held accountable so that, in this nation, we can have the rule of law. The rule of law has to apply to everyone.”

“This could be me,” said Hartman Deetz, a member of the Mashpee Wampanoag Tribe. Mr Deetz’s cousin, David Hendricks, was shot and killed by police in Mashpee in 1988.

Veronique Meriot, who lives with her two sons in East Falmouth, said that because her sons are both boys of color she feels it is her “responsibility to show up at the bare minimum.”

Ms. Meriot’s 7-year-old son, Sebastian, held a sign that asked, “At what age do I become a threat?”

Ms. Meriot said that, as a mother, she feels it is our communal responsibility to actively participate in changing the world through how we raise our children.

She found comfort, she said, at being among other people who want to bring about change in the community.

'Off The CLOC' Talk Planned For October 2