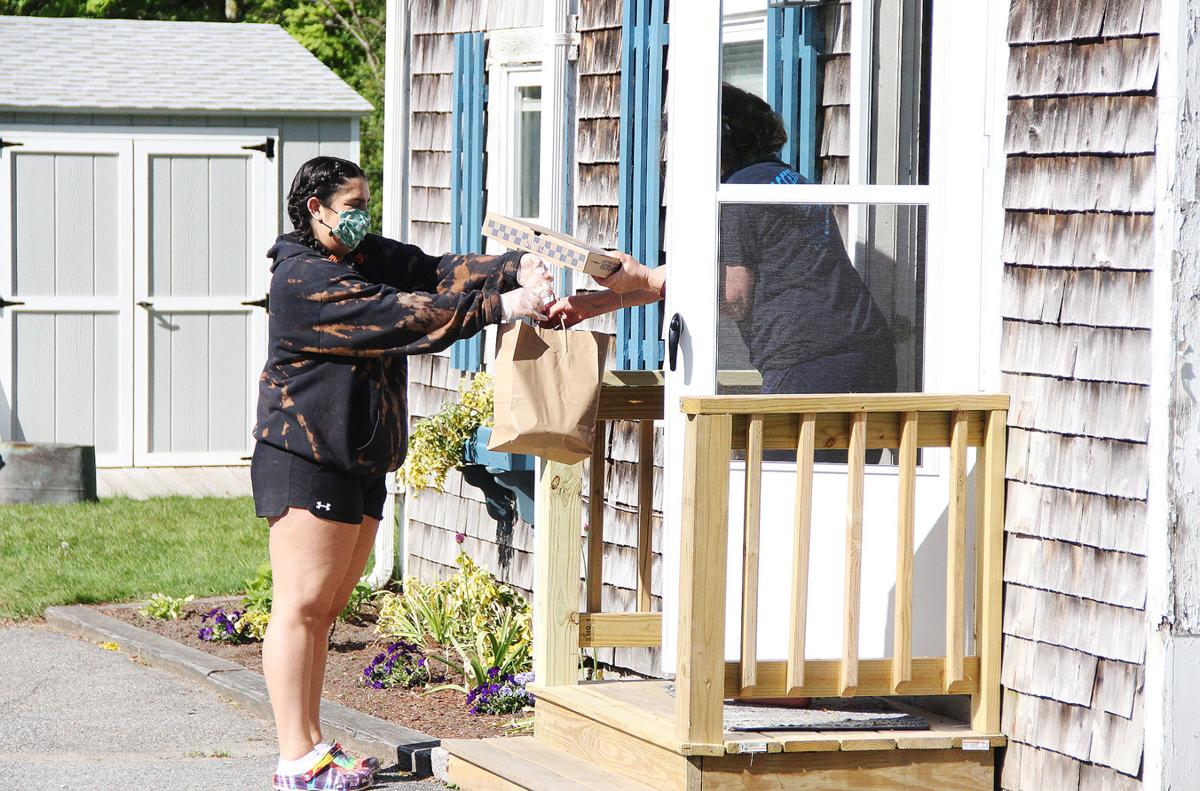 Bridget McMichen, an employee of Moto Pizza and co-chair of the “charity committee,” delivers a free meal to a low-income resident near the restaurant’s Sandwich location. 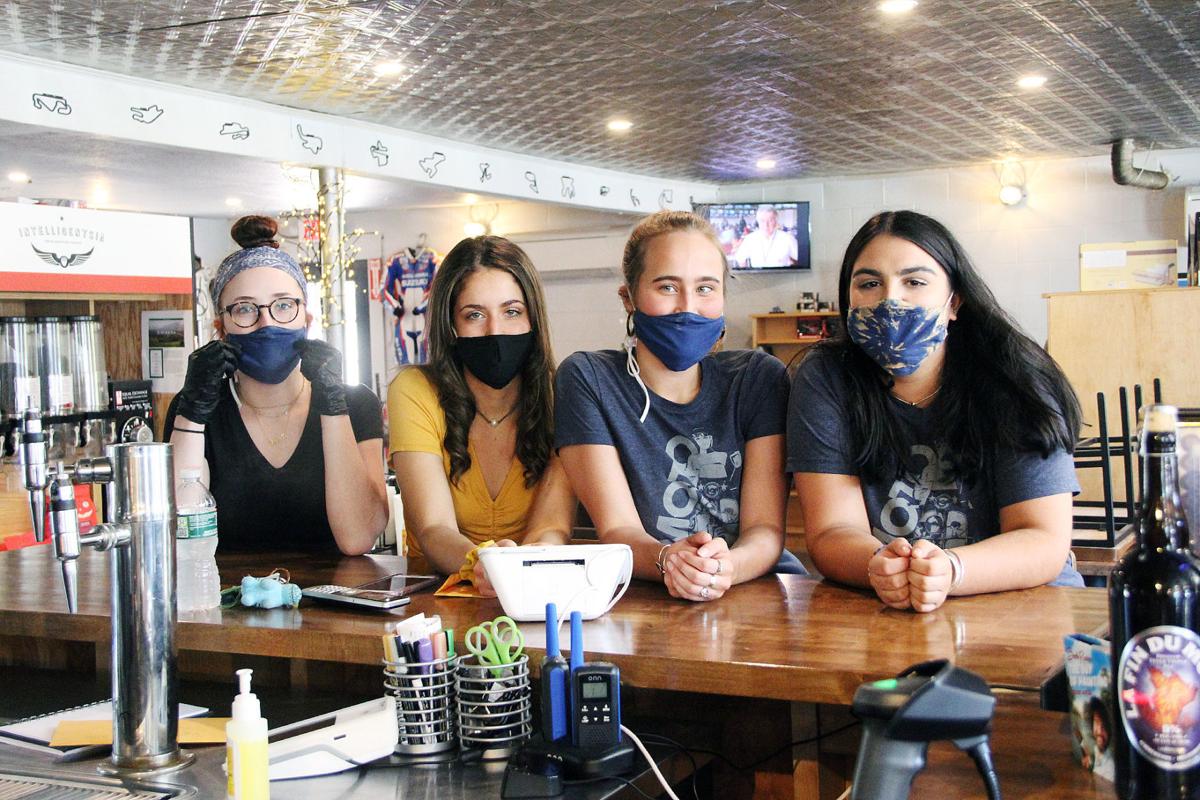 Four of the six members of the new charity committee at Moto Pizza are Leah Glidden, Autumn Gonsalves, Elaine Fryer and Bridget McMichen. Not pictured are Sasha Hagan and Becca McGuire.

Bridget McMichen, an employee of Moto Pizza and co-chair of the “charity committee,” delivers a free meal to a low-income resident near the restaurant’s Sandwich location.

Four of the six members of the new charity committee at Moto Pizza are Leah Glidden, Autumn Gonsalves, Elaine Fryer and Bridget McMichen. Not pictured are Sasha Hagan and Becca McGuire.

When the COVID-19 pandemic struck, Andrew’s parents spoke with their two children about how important it is to support small businesses as well as families in need.

With the help of US relatives, Andrew, his 11-year-old sister, and his parents each chose a small US business and sent a donation, with the understanding that the business would identify needy families who could use help.

Andrew contacted his cousin, the Reverend Nell Fields of Falmouth. She suggested he send his money to Moto Pizza, which recently opened a new location in Waquoit.

At about the same time, as the pandemic was forcefully making itself known and restaurants were grappling with how to stay open, a conflict with a customer living in a low-income housing unit near the Moto Pizza Sandwich location in Merchants Square made an impact upon owner Dante J. DelGrosso. He realized how frustrated and anxious they all were—business owners and customers alike.

He also realized that the some residents of the low-income housing units near each of his restaurants might be struggling with access to food.

“With all the uncertainty, and everyone trying to keep up, I felt we needed to do more,” he said.

Just at that time, Andrew’s donation of $150 arrived from Germany. As did a donation from Stop & Shop employees in Sandwich, who took up a collection to support Moto Pizza.

Six of Moto Pizza’s crew took the idea of “doing more” and ran with it in the form of a new charity committee.

First, the group decided to offer free meals to long-term residents of South Cape Motel, across the street from the restaurant in Waquoit.

The crew created door hanger cards offering a free meal on either May 11 or May 12 at the resident’s preference. Meal choices included one of three types of pizza, one of two side dishes, and one of two beverages.

Residents of all 19 units filled out the cards, hung them on the outside of their doors, and the meals were delivered as promised.

“The manager told us, ‘You are putting a smile on people’s faces,’” committee member Leah A. Glidden said.

“I want to emphasize the work that my team did on this,” Mr. DelGrosso said. “I had the idea, but they formed their group, held meetings, and all came in on their time off to make and deliver all the pizzas. None of this would have gotten done had they not taken the helm.”

Of the new Waquoit location, she said, “It feels like a nice little community here. They are our neighbors across the street,” she said of the South Cape Motel. “They have to deal with the chaos of our noisy Friday and Saturday nights.”

“It’s nice to give back,” Ms. Glidden said. “We see people face-to-face when we deliver the meals and it feels like a personal connection.”

A week later, the team took free meals to low-income residential units in Sandwich, a short drive from the Moto Pizza location.

“You guys are the best,” one resident said as she accepted the food.

Ms. Fryer said the committee wants to do more and will decide what that will be.

Now, the charity committee has a pot with some money in it, Mr. DelGrosso said, referring to the donations.

“Donating to a worthy cause really made me feel good,” Andrew wrote by email from Germany.