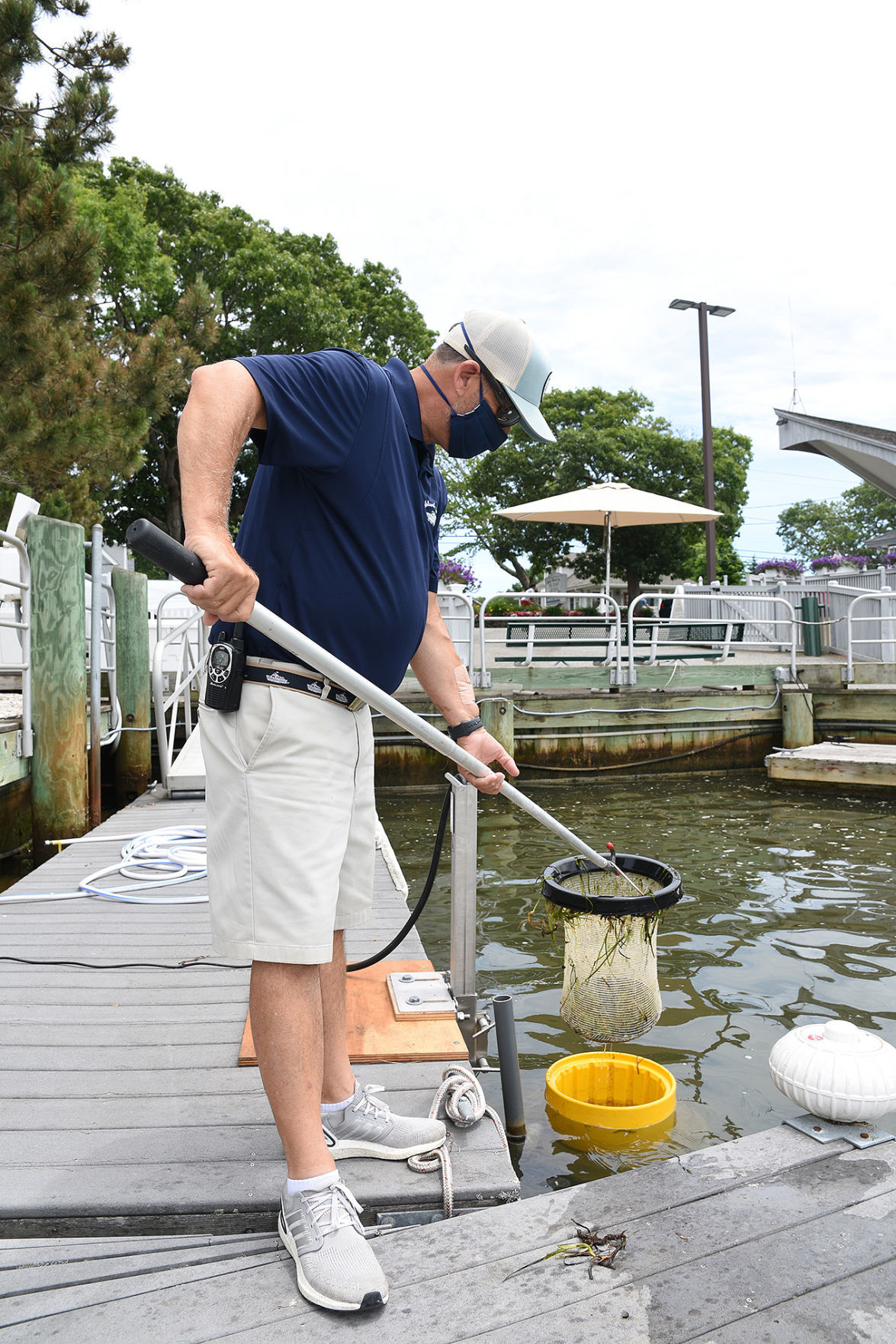 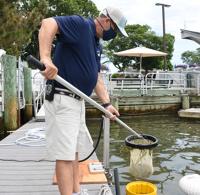 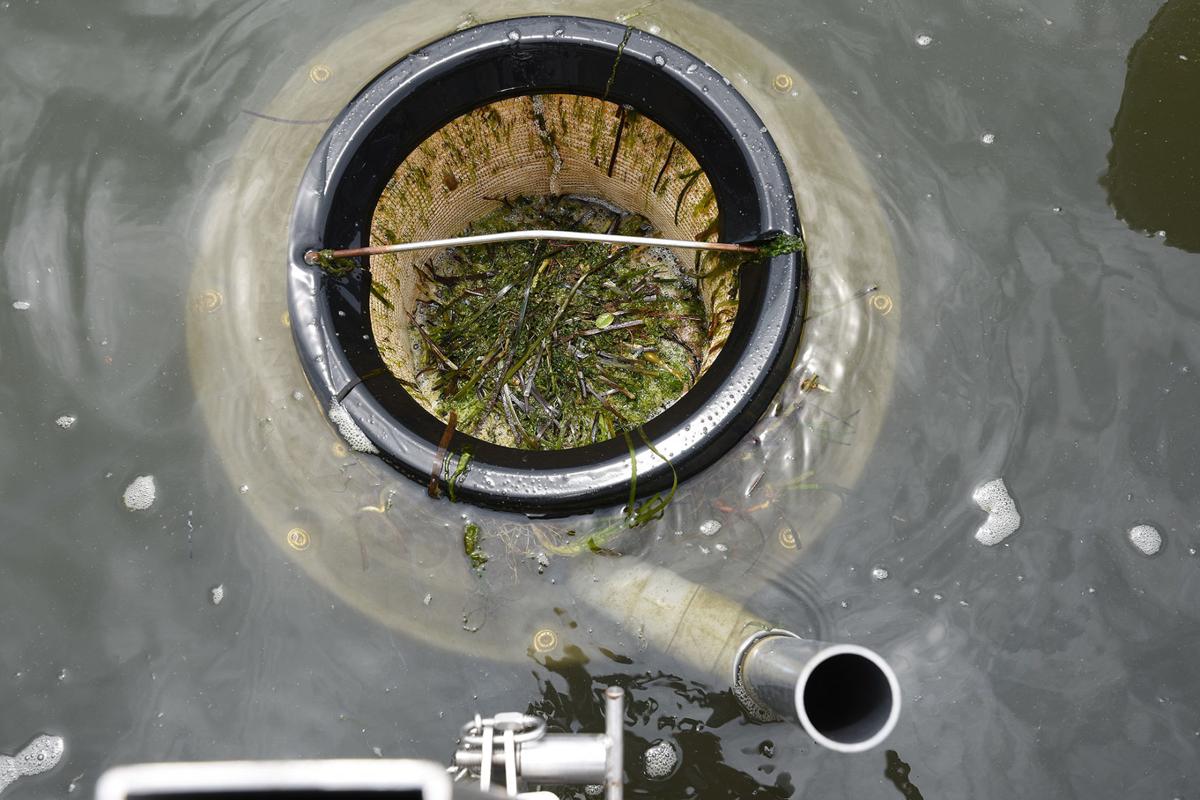 The Island Queen has installed a Seabin by its dock on Falmouth Harbor. The floating bin, believed to be the first on Cape Cod,  collects trash and microplastics in the water.

The Island Queen has installed a Seabin by its dock on Falmouth Harbor. The floating bin, believed to be the first on Cape Cod,  collects trash and microplastics in the water.

A yellow bucket is quietly collecting microplastics while bobbing up and down in the waters of Falmouth Harbor.

Installed by the Island Queen last week, the yellow bucket is a Seabin. It is already collecting a lot of trash in Falmouth Harbor.

“The area by the Island Queen docks is a catch basin for debris,” Island Queen general manager Todd Bidwell said. “We’ve been picking up microplastics in the seaweed; we have been collecting coffee cups, plastic wrappers, a number of cigarette butts and cardboard.”

Created by the Australian company Seabin Pty Ltd., more than 700 Seabins have been installed across 50 companies. Mr. Bidwell believes the Seabin at the Island Queen docks is a first for Cape Cod, and it comes thanks to manager Michael Reposa and owner Charlie Bardelis Jr.

“It was a product that one of our managers, Mike Reposa, had seen online,” Mr. Bidwell said. “It was this really great piece of technology that did not have a big presence around the region. Charlie, the owner, was very supportive of further research being done, and when we said this would be a perfect piece of technology for where the Queen docks he invested the funds and we made the purchase.”

Describing it as “a vacuum for the ocean,” he said you can see the Seabin from the docks.

“If you come to the Island Queen docks, where the bow of the boat comes in, just to the right of the bow you will see a metal contraption and a yellow bucket, if you will,” Mr. Bidwell said. “That bucket goes up and down with water pressure, collecting debris in its net. Once or twice a day, we empty that net.”

He said the Seabin does not run 24/7 because those monitoring it do not want the bucket to fill overnight when left unattended. For now, they continue to watch the floating rubbish bin carefully, emptying it as it fills up with trash and litter floating with the tides. The net has a capacity of 44 pounds and can collect plastic bits as small as two millimeters.

The Seabin was created by Australians Andrew Turton and Pete Ceglinski, who founded Seabin Pty Ltd. in 2013. The Seabin was crowdfunded on Indiegogo, with more than $267,000 raised for the project in 2016. For additional information on the Seabin, visit www.seabinproject.com.

The Island Commuter Corporation, which operates the Island Queen, purchased the Seabin for $5,600 from Poralu Marine in Canada. That figure includes $1,000 in shipping costs.

Installed on a floating dock by the boat, Mr. Reposa said customers have noticed the Seabin and are asking about it. Educational signage will be installed explaining what it is and how it works. Keeping a log of the trash collected, Mr. Reposa said the Seabin is working to clean up that section of the harbor.

“When the Island Queen pulls in, it’s into a little inlet, and a lot of trash gets stuck in that inlet,” he said. “We don’t want customers to come in and see a harbor full of trash, which isn’t good for the water.”

This is just wonderful. Another reason to be so proud of this town. I hope this effort and technology takes off and spreads.