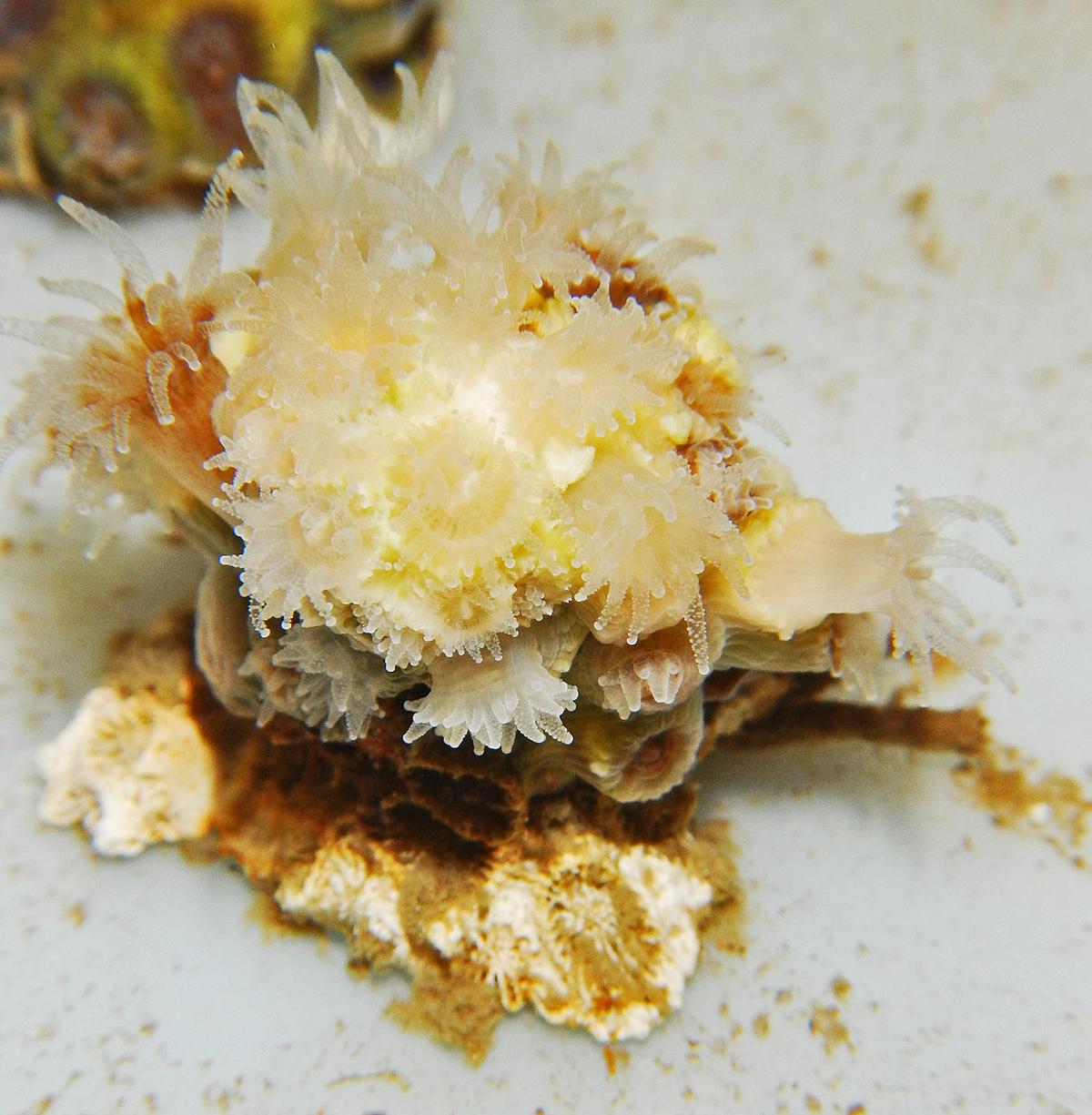 Atrangia poculata, a local coral found off the coast of Cape Cod 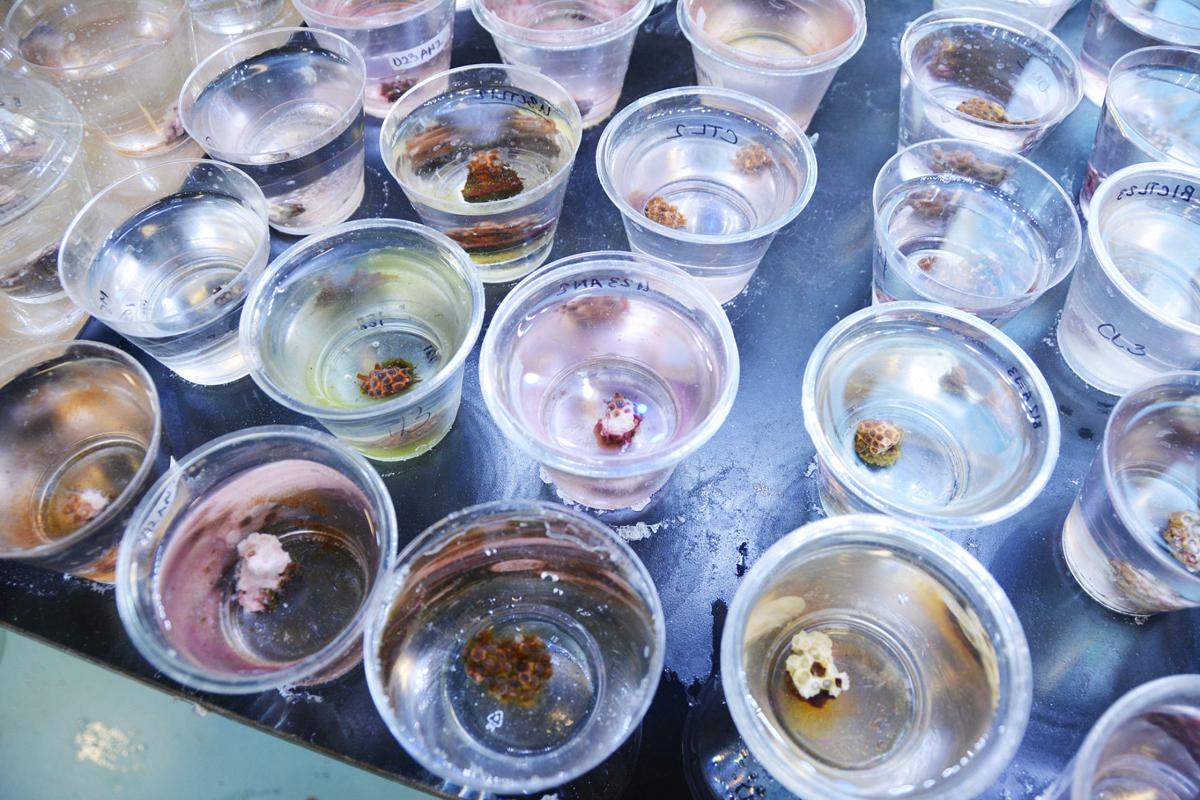 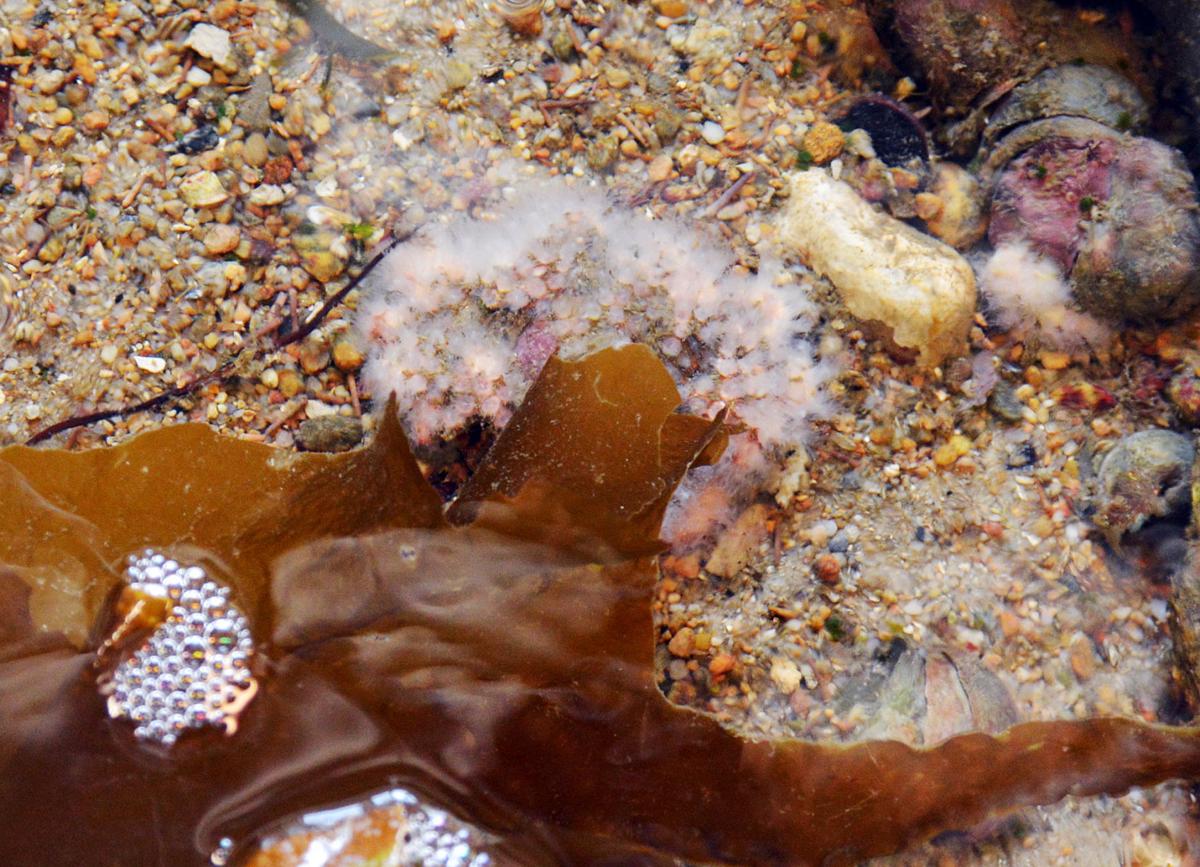 Astrangia poculata, a coral that grows in local waters, on display at the Marine Biological Laboratory

Atrangia poculata, a local coral found off the coast of Cape Cod

Astrangia poculata, a coral that grows in local waters, on display at the Marine Biological Laboratory

A lesser-known coral found in Cape Cod’s cold waters could offer clues on how the organism can cope with environmental stresses that lead to bleaching.

The Cape’s local coral, Astrangia poculata, is a non-reef-building coral that can thrive in very warm waters or cold New England winter waters. Its range spans from the Caribbean to Cape Cod.

“Talking with people, nine out of 10 don’t know that there is coral on the Cape,” said Loretta M. Roberson, a scientist at the Marine Biological Laboratory (MBL) in Woods Hole.

Since coming to Woods Hole from the University of Puerto Rico, Dr. Roberson has added this local coral to her research, investigating its resilience to temperature changes and bleaching.

“It grows and thrives in a bleached state, which is rare for most corals,” Dr. Roberson said.

Corals bleach or turn white when microscopic algae called zooxanthellae—which are dinoflagellates—that live within the coral flee their coral home, due to some sort of stress such as water temperature changes, light changes or debris and sediment buildup. The corals have a give-and-take relationship with these tiny inhabitants, which are symbionts. The zooxanthellae give the coral their bright colors and make food for the coral through photosynthesis in exchange for a place to live.

In the past five to 10 years, Dr. Roberson said, researchers have been looking more closely at this relationship and its role in the corals’ health. Large-scale bleaching events have become more frequent with the warming of ocean waters.

Some basic questions continue around these relationships, Dr. Roberson said, such as why some corals bleach in a certain environment while others do not and how the corals make their skeletons.

“There is a common misperception that when a coral is bleached it is dead,” Dr. Roberson said. “It has to be in that state for an extended amount of time to die.”

The zooxanthellae give the local coral its brownish-tinged color and live with the coral the year around, although they can reorganize and numbers may drop in the winter. Dr. Roberson has observed healthy bleached coral living on the Woods Hole Oceanographic Institution pier, as well as corals with polyps that are bleached and others that are populated with zooxanthellae in the same specimen.

Dr. Roberson scuba dives to collect the coral, which lives on rocks and the pier pylons offshore, and grows it in the lab. She has done cold-shock tests with the coral, plunging it into water with a temperature of 4 degrees Celsius, to bleach it in the lab. Tropical corals do not survive these tests, but Cape Cod’s coral does.

Based on where the coral lives, it makes sense that this Cape Cod coral is more tolerant to cold. But Dr. Roberson plans to continue to study the question of what makes it able to thrive in a range of temperatures.

Falmouth Academy senior Jillian R. Igoe has been working with the coral in Dr. Roberson’s lab to learn how different water temperatures affect the zooxanthellae and coral relationship.

“Within that relationship one can understand what’s going on in tropical reefs where temperature fluctuations are more common,” Jillian said.

She did not know that a coral was living locally and has appreciated learning about something completely new.

Jillian looks at the numbers of zooxanthellae by microscope and also is calculating the photosynthetic yields at different water temperatures. She will be presenting her research at the state science fair in May at Massachusetts Institute of Technology.

Dr. Roberson also plans on collecting samples of the coral from here and farther south and compare how they react to temperature changes.

“They may be pre-adapted to colonize more north or it may be a subspecies,” she said.

Dr. Roberson is also continuing molecular studies with a coral she worked with in the Caribbean, Porites astreoides, to learn which genes and molecular pathways are involved in making the coral skeleton. She also will look for these molecular markers in local coral to see how the two species compare.

“It’s making use of this incredible resource we have,” Dr. Roberson said. “It happens that there is a local coral right in front of [the Marine Resources Center at MBL].”