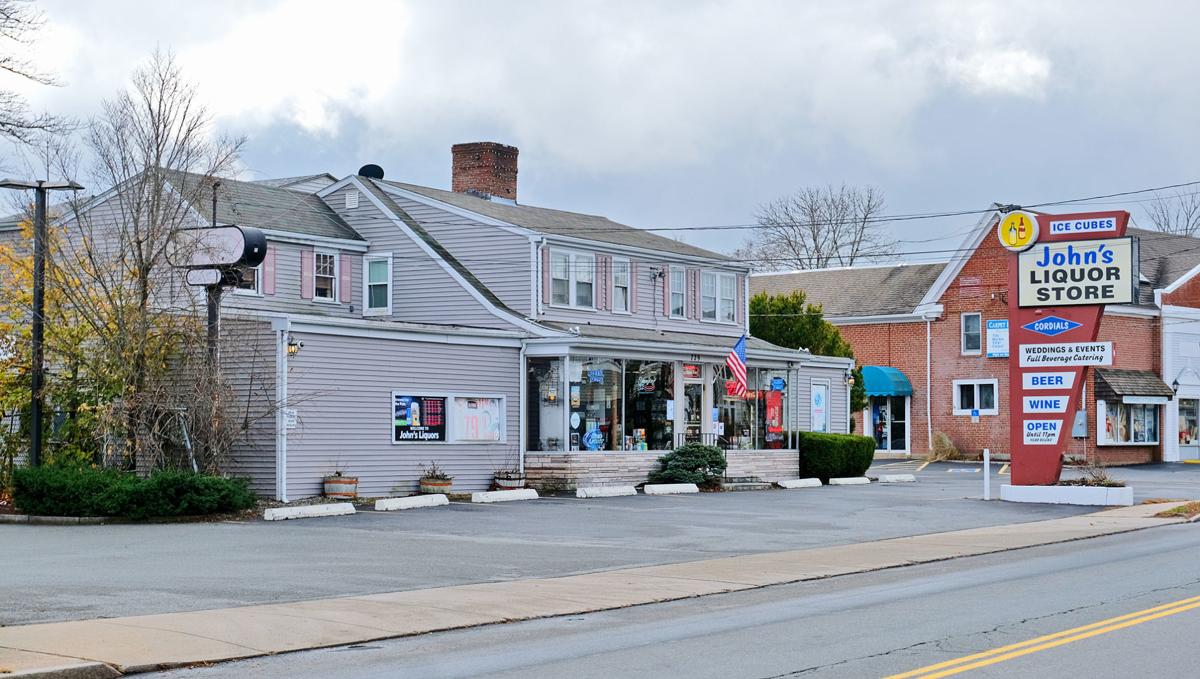 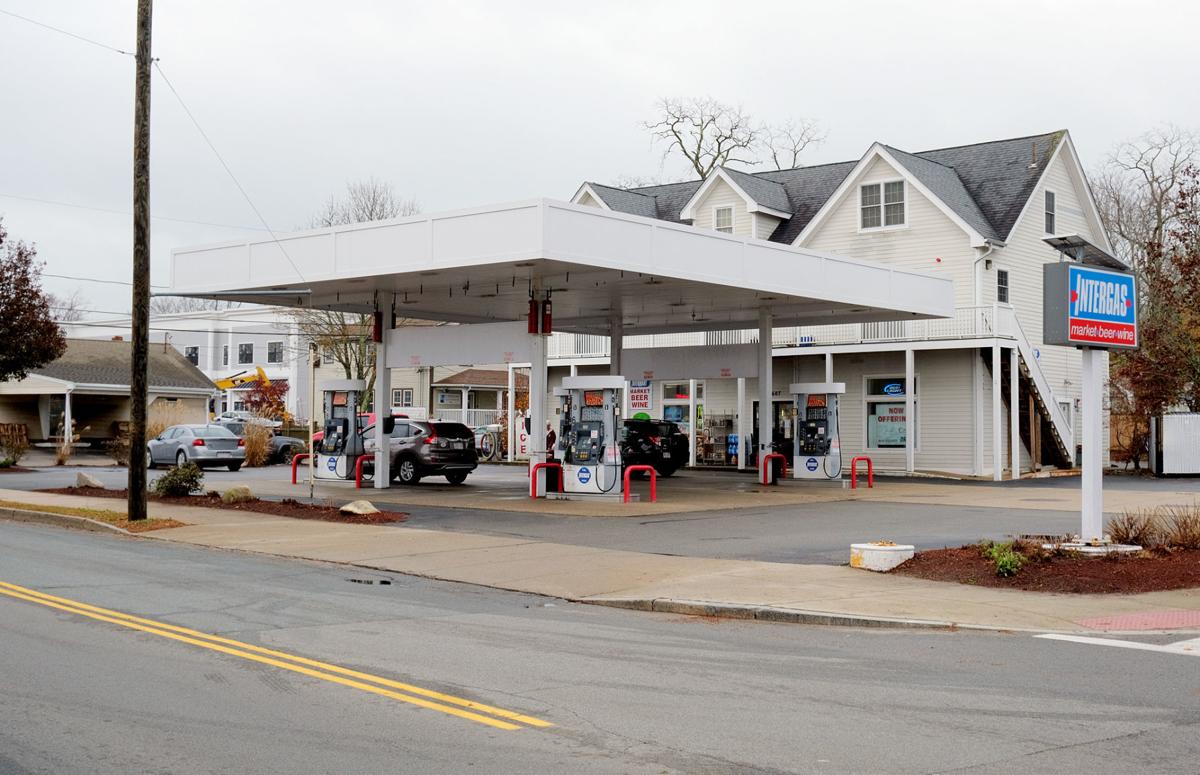 Falmouth Board of Selectmen issued written warnings to John’s Liquor Store and Intergas Service Center on Main Street for selling alcohol to a minor.

Both violations occurred in July. Falmouth Police Chief Edward A. Dunne said a 19-year-old working with the police was able to buy a six-pack of Bud Light bottles at both establishments.

It was Intergas’s second violation since receiving a liquor license in June 2017. The first violation occurred in May 2018, when an underage operative working with the Alcoholic Beverages Control Commission was able to buy a six-pack of Bud Light. The ABCC suspended Intergas’s license for two days, with the suspension held in abeyance for two years provided no further violations occur.

Richard Harb, the attorney representing Intergas, challenged the evidence regarding the sale. He asked Chief Dunne if he had interviewed the underage buyer prior to conducting the compliance tests or if he had seen any documents verifying his age. Chief Dunne said that while he had not, Sergeant Michael Simoneau had.

“Mr. [Joseph] Saade obviously takes his obligation seriously,” Mr. Harb said. “He owns three businesses in the Town of Falmouth, separate businesses. He wishes to run each and every business in compliance with the law, and quite frankly, if this particular individual is in fact underage, Mr. Saade is humiliated with the fact that this has occurred a second time.”

Selectman Douglas H. Jones objected to his line of reasoning.

Mr. Harb said his intent was not to impugn Chief Dunne’s integrity or credibility, but to question the evidentiary standards.

“There is no evidence here as to the actual age of this individual that went into the liquor store,” he said.

“I’m an attorney, and I understand we have to just do what we need to do for our clients, but there would be really no reason the police department would go though all of these exercises if they didn’t use someone who comported with the requirements of being underage,” Ms. English Braga said.

She offered to hold the hearing until Sgt. Simoneau could attend.

Mr. Harb said it would not be necessary. He acknowledged the sale occurred.

However, he said Intergas has taken steps, since both the May 2018 and July 2019 sales, to prevent underage sales. He said Mr. Saade hired two secret shoppers, both over the age of 21, to purchase alcohol at the store to see if clerks would card them. All employees are trained regarding the sale of alcohol, and sign a contract upon completion of the training. In addition, Mr. Saade purchased an ID age verification machine, Mr. Harb said.

“Obviously, if they don’t scan the card through it, it’s worthless,” Mr. Harb said. “It becomes a paperweight. This person didn’t scan it.”

The clerk was fired after the sale.

“He has gone though a lot of effort to prevent this from happening again, but you know something, it happened again, which is why I say to you, he’s humiliated,” Mr. Harb said.

He asked selectmen to take the matter under advisement for two years. If there are no further violations during that time, Mr. Harb said, selectmen could dismiss the matter or continue it further.

He said that if the selectmen take the matter under advisement, it would not trigger the two-day suspension imposed by the ABCC. Susan L. Moran noted the board has not issued a continuance during her tenure.

“This just seems extra punitive with the ABCC decision out there,” Ms. Moran said.

Mr. Jones also spoke out against the continuance.

“The facts aren’t going to change,” he said. “I’m not at all convinced there is any reason, besides that the lawyer suggested it, that we are considering a continuance.”

Members noted the board could not control the actions of the ABCC. However, because the previous violation was heard by the ABCC, it was considered a first violation by the board of selectmen. Penalty for a first violation ranges from a written warning to a six day suspension.

“By no means am I trying to impugn the integrity of the owner, but this is a cost of doing business,” Selectman Samuel H. Patterson said. “You are going to have an employee that is going to slip up and get caught. I think you have to pay the penalty. People are not perfect, and these things are going to happen, but we cannot allow this to keep sliding by.”

Selectmen voted to issue a written warning to Intergas. The warning will note the minimum penalty for a second violation, a three-day license suspension.

“Unfortunately, one of my employees did serve a minor,” Mr. Ferreira said. “I realize I’m responsible for that. It is the first violation in decades, please keep that in mind.”

He outlined some of the steps taken to prevent underage purchases at John’s Liquors since July. Prior to the sale, employees were instructed to card anyone who looked younger than 30 to 35. Staff is now carding people who look younger than 40 to 45. All of the employees are TIPS (Training for Intervention Procedures) certified.

“I’ve always been very strict,” Mr. Ferreira said. “That is why I had no violations, and now I’m even stricter.”

Mr. Jones asked if he considered purchasing an ID age verification machine. Mr. Ferreira said he has looked into it, but the machines do not address the issue of an underage person using a sibling’s identification.

“It is a legitimate ID, so the machine will say it’s fine,” Mr. Ferreira said. “That’s usually what happens. They get their brother or sister’s ID. Unfortunately, the technology is OK, but there is nothing better than a person.”

Chief Dunne said even if the machine confirms an identification is legitimate, the employee still needs to make a judgment call.

“If it is an older brother or older sister, you have to look at the person,” he said.

Noting the business has operated for more than 40 years with no evidence of a prior violation, the board opted to issue a written warning. This warning will note the minimum penalty for a second violation.