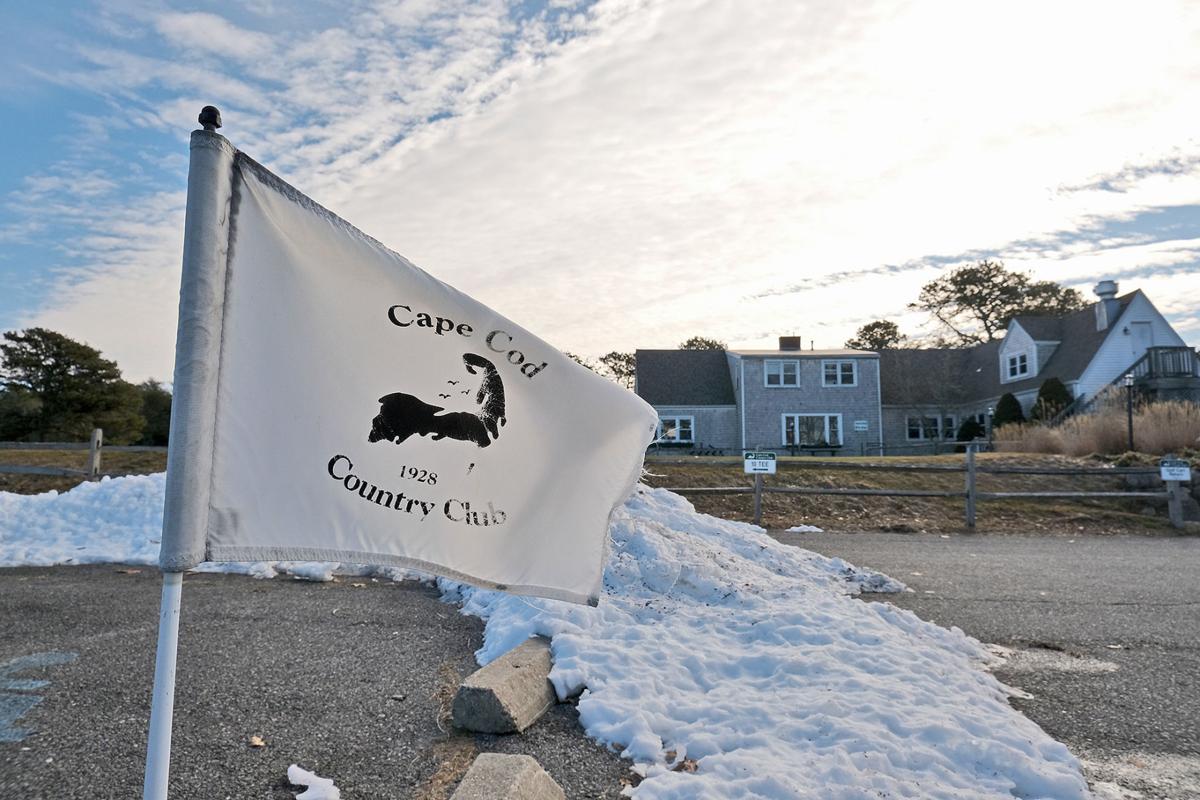 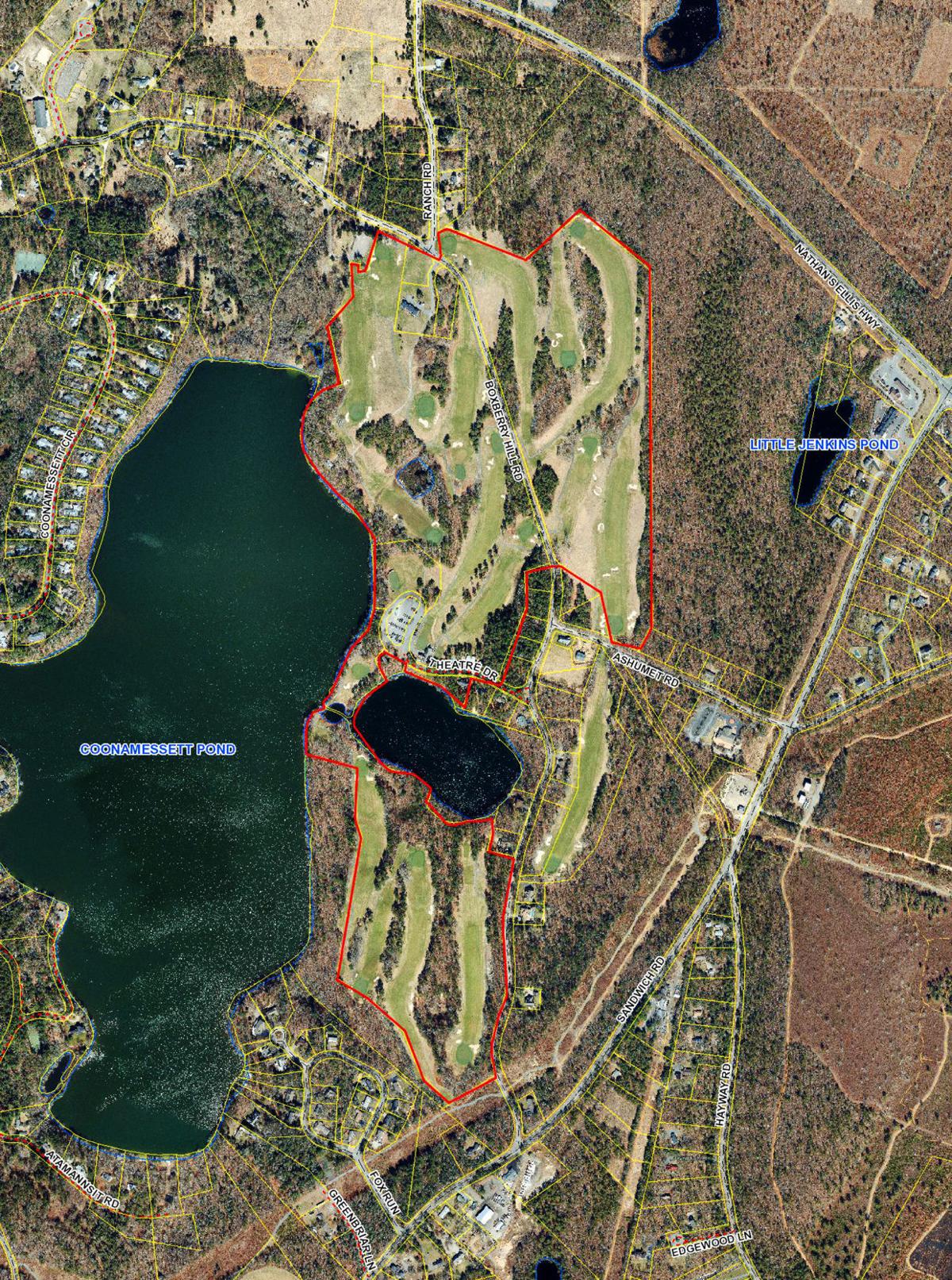 The owner of the Cape Cod Country Club is looking to turn his 140-acre golf course in Hatchville into a solar farm.

Zoning changes are needed before the proposed project can go forward. Town Meeting will vote on those changes at April Town Meeting. If the articles pass, it could result in one of the largest solar arrays on Cape Cod and the largest in Falmouth.

The proposed zoning changes are up for public discussion at a scheduled planning board hearing on Tuesday, February 23.

Evan Turner, a consultant for Amp Energy, estimates the ground-mounted arrays would be built in 2023, after receiving town permits and approval from the Cape Cod Commission. Until then, it would remain open for golf, he said.

Mr. Turner and attorney Robert Ament laid out the proposal for the planning board in December.

“Unfortunately, golf clubs are not as good of money-makers today as they used to be, and the owner is at the point he wants to sell or do something else with the property,” Mr. Ament told board members at the December 22 meeting. “Mr. Friel explored other options including building residential development on-site, but would rather go this route.”

Mr. Ament said the solar farm would benefit the town and the environment. Amp Energy is prepared to donate seven acres of land for conservation purposes. He also reminded the board of Falmouth’s commitment to reaching net-zero emissions, noting the farm could power up to 6,000 homes.

The site is bisected by Boxberry Hill Road and is mostly surrounded by town conservation land and Coonamessett Pond. Theatre Drive runs through part of the property. It is zoned for agriculture with the exception of eight acres that are zoned Business 3 from when the Cape Cod Playhouse was on the site.

The course consists of four parcels. Mr. Turner said Amp Energy is interested in leasing three of them, and possibly purchasing the fourth seven-acre plot, currently the fourth hole, for conservation mitigation.

To build the project as proposed, zoning changes are required.

The property would need to be rezoned to the solar overlay district, which allows solar structures in the zone to be put “by right” without special permitting. In the zone, projects have to be built on disturbed land with a provision limiting tree clearing to two acres per lot, no matter the lot size.

Mr. Turner told the planning board he wants to remove 20 acres of trees that are in the middle of the property in between fairways. Removing them allows for more arrays and reduces shade, he said. Since the project is spread over three parcels, the removal of six acres of trees is permissible under the current bylaw.

He proposes mitigating the removal by planting 15 acres of trees near public ways and next to the homes the property abuts.

Mr. Ament proposed reducing the 100-foot setback law when the property is next to conservation land, saying the buffer is meant to protect neighbors on abutting property.

If the changes occur, Mr. Turner estimates doubling the project output from 15 megawatts to 30.

The changes will be before Town Meeting members in April in articles 21 and 22.

Article 21 gives the planning board authority to reduce setbacks when the lot abuts conserved land or when the land is in common ownership. It also gives the board permission to require landscaping or other screening.

It revises the two-acre clear-cutting law to say no more than 20 percent of the lot or two acres can be deforested. Any deforestation in excess of two acres can require mitigation such as a permanent conservation of open space, on- or off-site, or reforestation.

Article 22 would rezone the 140 acres to the solar overlay district.

The articles were filed by Matthew M. Terry of Ament Klauer Attorneys at Law on behalf of Konrad Hughen of Theatre Drive. Both articles were signed by 24 Falmouth residents and relate to solar power.

Mr. Turner said the property is desirable for its size and for its location surrounded by conservation land with only seven or eight abutters. Giving assurances to the board, he said he is committed to continue working with the neighbors on Boxberry Hill Road and Theatre Drive, the latter of which bisects the property.

“This is a big project. We’re not going to cheap out on how much we spend to make the project fit the community in the best way,” he said.

Proposed Solar Array Draws Criticism, But Has Supporters Too

To create a large-scale, 30 megawatt solar farm on a golf course in Hatchville, 20 acres of trees would need to be cut and setbacks to abuttin…

This is one of the great, old fashioned courses in Massachusetts. Mr. Friel, I caddied for your father (Phil) way back when. Sell the course to another course owner with a vision to restore the course to where it can take its place amongst other fine old courses. Why not get in touch with Paul Fireman who has great experience in developing courses.

The property should always be a golf course. Sell it to another golf course operator Mr. Friel.

Could we consider moving the town's wind turbines here?

Lots of terrestrial and aquatic and aerial wildlife in this area drawn in by the lake and riparian environments. Study required to insure no loss of habitat for the non human life forms that live in this area. Large scale solar array systems should require battery storage included in business proposal. Storage stretches reliable energy 24/7. A necessity for grid coordination/ control. Ihmo

Much better than loading up the property with residences. I can't help but wonder how the grid is going to accommodate all of these new solar farms as well as the massive amount of wind energy from offshore. And the solar farms produce nothing at night.