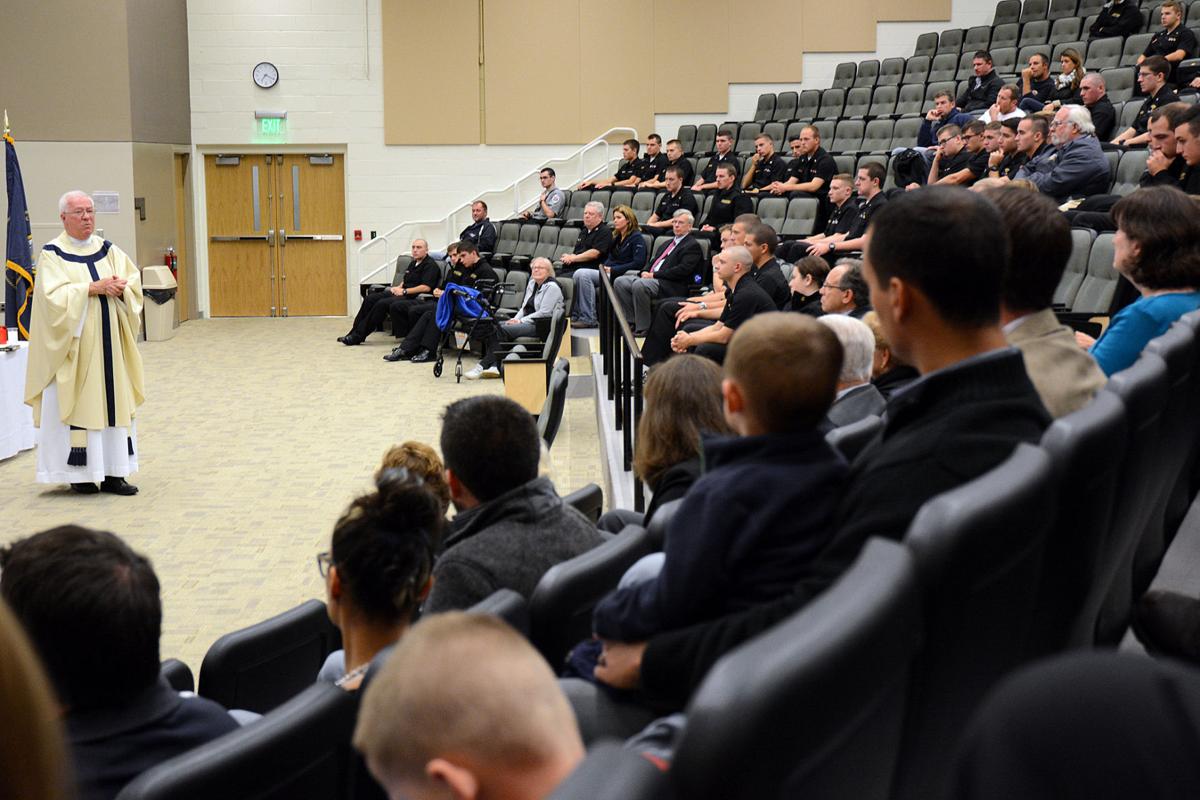 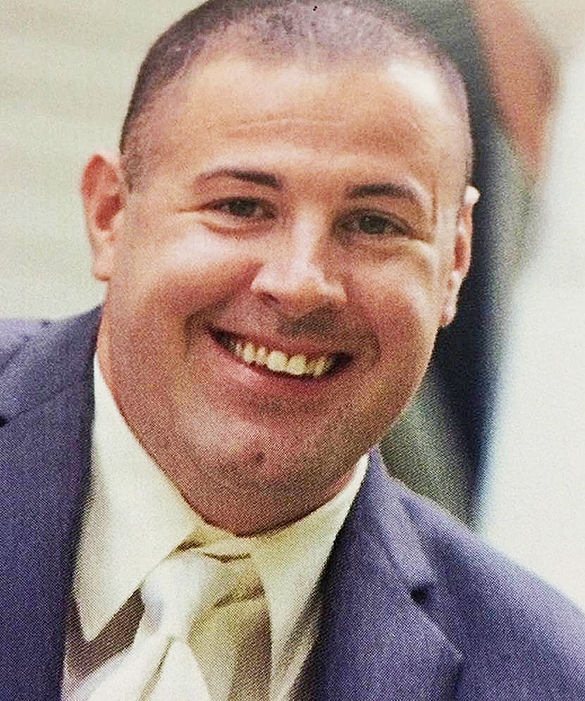 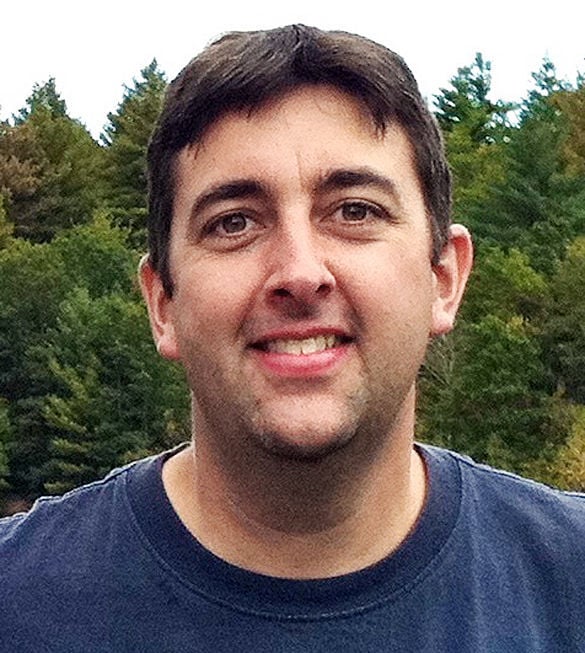 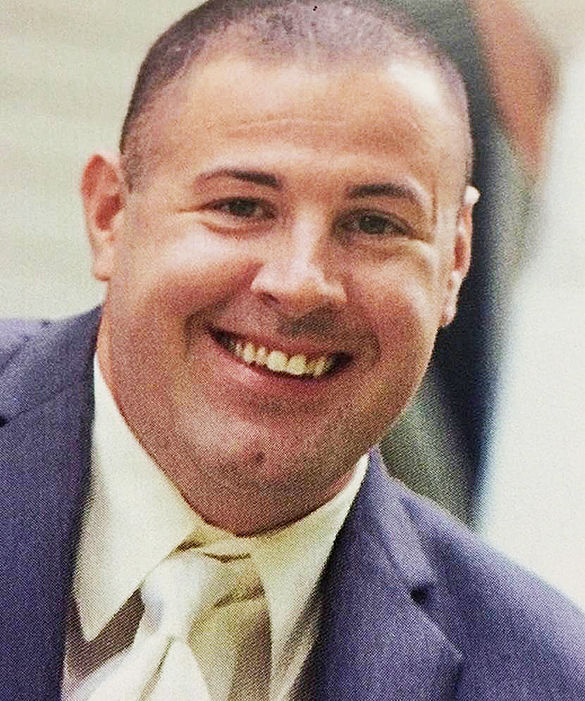 The cargo ship El Faro lost contact with the US Coast Guard last Friday after the 735-foot commercial vessel was beset by Hurricane Joaquin near Crooked Island in the Bahamas. She had lost propulsion, leaving her at the mercy of the Category 4 hurricane packing 140-mile-per-hour winds.

At last word, the ship was listing 15 degrees. The crew reported she had taken on water, but all flooding had been contained. Soon thereafter, El Faro’s radio fell silent.

Now, one week later, the ship and her mariners remain lost at sea. The news hit the Massachusetts Maritime Academy’s (MMA) closely knit community especially hard. Two of the missing, Keith Griffin (MMA 2005) and Jeffrey A. Mathias (MMA 1996), are alumni of the Buzzards Bay campus. Keith Griffin’s wife is carrying twins and Jeff Mathias is the father of three children, age 7 and younger.

MMA president Francis X. McDonald described the camaraderie both on the Buzzards Bay campus and among alumni.

“MMA is a shared common experience for four years as it’s linked to the regiment of cadets and experience at sea. It brings everyone together, starting on the first day of orientation with a campus run that highlights the company that finishes together, not first. It’s the shipboard rule that if someone falls overboard, you go back and get them. This carries through current students to graduates from before, linking them. When something like this happens, the entire community gets together in response.” he said.

It has been a hard week of waiting on the campus, as the search for the El Faro proceeded. On Saturday, a Coast Guard crew located a life ring belonging to the missing ship approximately 75 miles northeast of her last known position.

Vincent J. Vintosi is a former classmate of Keith Griffin. He said he heard about the El Faro last week via phone calls and text messaging. He remembers their time together fondly. They played football together for four years at MMA.

“He’s a great guy, a great teammate, and great friend from the academy,” he said. The two met the first day of football in 2001, and played football together for four years. Keith Griffin was a running back.

“Everyone at the academy is close, but Keith shipped out and I went landside, and you don’t stay as closely in touch as you’d like to over the years. At the same time, anyone from the academy knows it’s a brotherhood, and you’re never going to lose it. It’s hard to explain, it’s the strongest alumni association around. It’s hard on us to hear of a ship going with a friend you went to school with on board,” Mr. Vintosi said.

Marc C. Magliozzi of Stoneham said he first met Jeff Mathias in the summer of 1992 when they became roommates at the academy’s orientation and inauguration.

“Orientation is two weeks of boot camp when the upperclassmen teach you the ways of the school. After orientation, you are called a cadet candidate and live a strict life to adopt the military lifestyle. Around Thanksgiving time the trial is over, and you are inaugurated into the campus community,” he explained.

Mr. Magliozzi shared his fondest memory of Jeff Mathias. “It is his ability to help others, to put other’s needs over his own. And he has a tremendous love of the sea, which took him from his family’s successful cranberry farm in Kingston. It’s hard because I think he was thinking of transitioning back to land. It’s tough, my kids are 5 and 8, the same ages of two of his,” he said.

As the search continued, loved ones held onto hope. On Sunday, multiple objects were found in the search area, including life jackets, more life rings, containers and an oil sheen on the water.

President McDonald explained how safety is paramount at MMA.

“One of the first things cadets at the Buzzards Bay campus experience is safety training. Ships are independent at sea; they are a self-contained environment. Cadets learn cold water survival, how to launch inflatable life rafts, how to right the life rafts, and how to manage immersion suits. They also learn damage control, such as firefighting, and they learn lifeboat operations and command. They are certified lifeboatmen.”

Joseph F. Domingos of Falmouth was head football coach at MMA when both of the missing men were cadets.

“I’ve been thinking about them a lot in the last couple of days,” he said. Mr. Domingos remembered dedicated hard-working young men. He called Keith a “tremendous teammate and a heck of leader who led by example. No one worked harder. Initially Keith was on defense, and he kept saying he wanted to try offense, so we gave him a shot and he excelled. He would do anything he could to help the team. And Jeff Mathias, who graduated 10 or 11 years after Keith, certainly exemplified the finest in the regiment. His family and friends should be proud of him. There is always a risk when you go to sea,” he said.

On Monday, the Coast Guard announced the El Faro had sunk. Air crews had found the dead body of a sailor in a survival suit in the search area, along with a heavily damaged lifeboat with markings consistent with those aboard the El Faro, along with a partially submerged life raft.

As the week unfolded, the Buzzards Bay campus held several vigils, as cadets and alumni gathered. A moment of silence and reflection was observed by all 1,500 students on the field at 7:15 AM on Tuesday morning, and another Tuesday evening with the Maine Maritime Academy, which has four alumni among the El Faro crew. A Catholic Mass was celebrated Wednesday evening in Admiral’s Hall.

“We can’t know the particulars right now; they will come out in the investigation of the Transportation Safety Board and the US Coast Guard.” He did outline the factors, noting that the ship had taken the eastern run up the Bahamas to avoid the storm and had then experienced mechanical failure. “The storm banged a [U-turn], a really unique situation. A certain level of low probability factors all lined up to put the ship in a hurricane with no propulsion.” He noted that with its 20-knot propulsion the ship could have outrun the storm, had its engines not failed. “It’s not an expected occurrence; it’s unique and rare, especially when you think about the miles traveled by merchant ships.”

Mr. Vintosi recounted the amount of time Keith Griffin has spent at sea. “Keith shipped out since graduation, he’s been shipping since our freshman year, he’s been on 14 ships. Keith was in the mechanical marine community, which is as strong as the MMA Alumni association,” he said.

On Wednesday at sundown the Coast Guard called off its search for the ship and its crew.

“Keith and Jeff were both engineers, and there’s no doubt they did their very best to get the ship running.” Mr. Domingos said. “I went on many of those sea trips, and encountering bad weather, we thought we were prepared; but the sea is a demanding and cruel mistress, and sometimes you just can’t win. The situation was impossible, losing power in 140-mile-an-hour winds is just devastating.”

Both men, along with their crewmates, are officially listed as missing at sea.

Lost at sea is an uncertain fate, and the sea keeps many secrets. Mr. Magliozzi said the hardest part is not knowing.

“You hear about these things, but it’s never going to happen to you or one of your own,” he said.