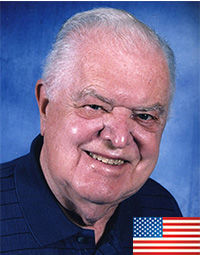 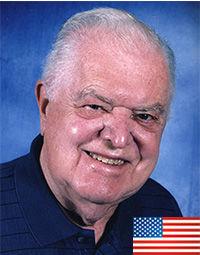 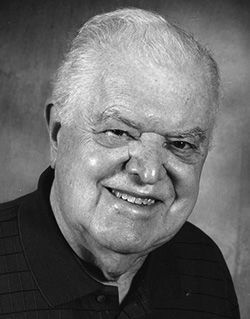 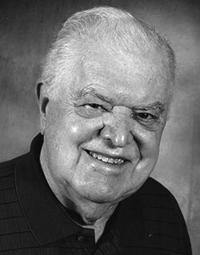 In Loving Memory Robert Joseph Kinchla of Falmouth passed away on October 21 in Mashpee. He was born in Newton on April 13, 1928, to the late L. Frank and Jane (Switzer) Kinchla. He was married to Catherine (Shannon) Kinchla, who preceded him in death, on June 9, 1951, and the couple enjoyed 65 years together. He was younger brother to the late Francis Kinchla and Richard L. Kinchla. He was a 1946 graduate of St. Charles High School in Waltham where he was a member of the basketball and football teams and, in 1953, earned a bachelor’s degree from Boston University.

Immediately upon graduation from high school, Robert enlisted in the United States Army and attained the rank of sergeant major, the senior-most-enlisted rank. A veteran of World War II and the Korean Conflict, Robert also served a tour of duty in China as well as in Korea.

Upon discharge from the Army, Robert went to work as a salesman for Behr Manning, a division of the Norton Company, and eventually became district manager of its Cambridge office. Before his marriage, Robert purchased a small cottage on Shorewood Drive in East Falmouth, and he and Catherine immediately loved the Falmouth community. While raising their family in Wayland, Robert and Catherine established a building/contracting business in Falmouth in 1958, known as Kinchla’s Incorporated. On a part-time basis they built and developed several sections of the Maravista section of Falmouth. As their successful business grew, they moved their family of five to Falmouth permanently in June 1964. They built more than 250 homes in areas of Falmouth as well as in Sandwich, Plymouth, Bourne and Martha’s Vineyard. An additional business they launched was Falmouth Chrysler-Plymouth on Worcester Court. In addition, they purchased and expanded the Homeport Office Complex on Gifford Street in the early 1970s. In 1972, they purchased land on Jones Road in Falmouth and built the Sheraton Inn. Robert and Catherine eventually took over management and daily operations of the inn. Robert was a former member of the Falmouth Rotary Club and served on the board of the First National Bank of Cape Cod.

Robert always looked out for others before himself and would acknowledge successes with enthusiasm and disappointment with empathy. He so enjoyed being involved in all of his family’s activities and milestones and particularly enjoyed watching his grandchildren’s sporting events. On Father’s Day in 2019 he was proud to be a part of the Honor Flight to Washington, DC. Never one to back down from any discussion, political or otherwise, he was determined to vote in the 2020 election and proudly did so a couple of days before his death.

Robert is survived by his devoted children, Susan E. Augusta and her husband, Roger, of East Falmouth; Janet L. Rapp and her husband, Michael, of Hollywood, Florida; Catherine A. Domurat and her husband, the late Paul Domurat, of Mashpee; Robert F. Kinchla and his fiancée, Katrina Dhority, of Falmouth; and Anne M. Spaes and her husband Alan of St. Petersburg, Florida. He is also survived by his grandchildren, Amy and James Treat of Chesterfield, New Hampshire; John and Leanne Augusta of East Falmouth; Joseph Augusta and his fiancée, Caitlin Corrieri, of East Falmouth; Jennifer Rapp of North Miami, Florida; Jonathan and Alana Rapp of Cooper City, Florida; Christopher and Kimberly Domurat of Ixonia, Wisconsin; Kate and Andrew Nyari of Sandwich; Kevin and Shannon Domurat of Forestdale; Molly Domurat of Inglewood, California; Margaret and Patrick McGuire of Foxboro; Sarah and Paul O’Connor of Woburn; Elizabeth Centofanti of Waltham; Michael and Liana Kinchla of Westford; Dan and Luke Ballard of Chelsea; Lynsey Kinchla of Logan, Utah; and Mackenzie Spaes of Tampa, Florida.

Robert is also survived by many nieces and nephews and is remembered by his good friend, Lois Ferguson.

Services will be held on Wednesday, October 28, at St. Patrick’s Church in Falmouth. Interment will follow at Massachusetts National Cemetery in Bourne.

A celebration of Robert’s life will take place in the spring.

For the online guestbook and directions, visit www.ccgfuneralhome.com.