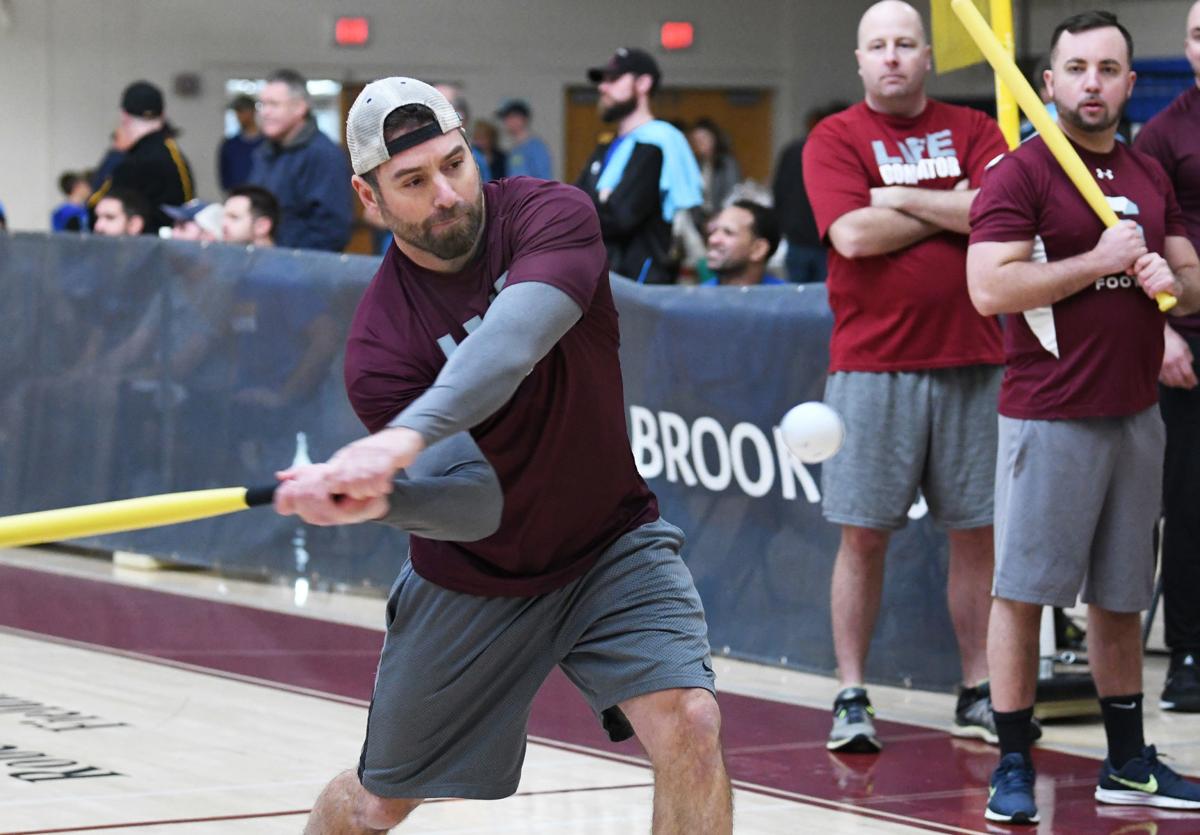 The next person who ventures into the rafters at Falmouth High School’s Antonucci Field House to do maintenance may want to bring a bucket up there. Dozens and dozens of wiffle balls are caught up there, and plenty more were added to the collection on Saturday, December 28, at the fifth annual Steve Cishek Winter Wiffle Ball Classic.

Close to 100 players forming 18 teams descended on FHS for the annual fundraising event that pits local, and not-so-local, players against one another in a double-elimination tournament format. For the second time a squad from western Massachusetts claimed first place. The Hams won straight through the winners bracket and faced once-defeated Emery Park in the championship. Emery Park extended the tournament with an extra inning’s win in the first game, but the Hams rallied to win the ultimate game and took home the trophies, along with the top prize of field passes and a two-day stay in the city where Steve Cishek plays his home games this coming season.

Cishek was ecstatic to be home for the event and enjoyed a deep run with his team, which featured several of his neighborhood friends from his youth. The event raised over $6,000 for charity, with the bulk being split between Falmouth Youth Baseball and the Falmouth High School Baseball Boosters. A raffle was held to benefit the Bostwick Family Recovery Fund, and money was also raised for the 10-19 Foundation through a home run derby.

“This is just so much fun, I look forward to it every year. I can’t believe it’s been five years,” Cishek said. “It’s great to see all of these people gathered together, having fun and doing it for good causes.”

Cishek joked that he is currently “unemployed” during his welcome speech to the players, which drew a big laugh. The 33-year-old East Falmouth native finished a two-year $13-million contract with the Chicago Cubs this past year and is a free agent. He is considered one of the top relief pitchers on the market, but has yet to receive a “serious offer.”

“That will take care of itself,” he said. “It could be tomorrow, it could be in February.”