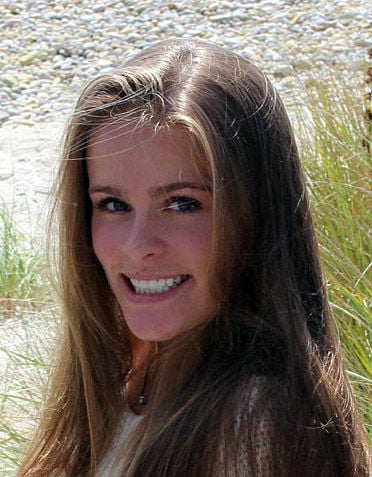 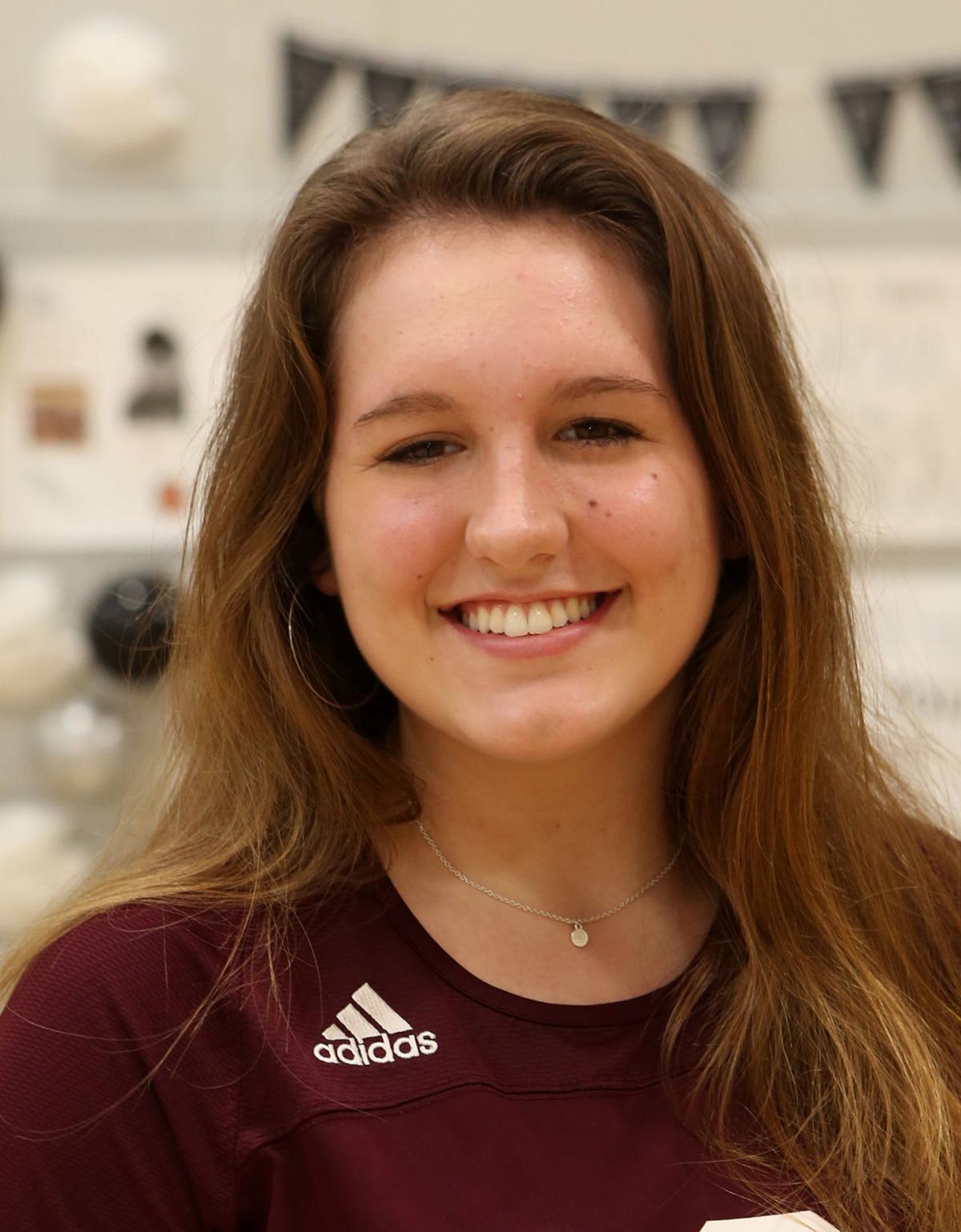 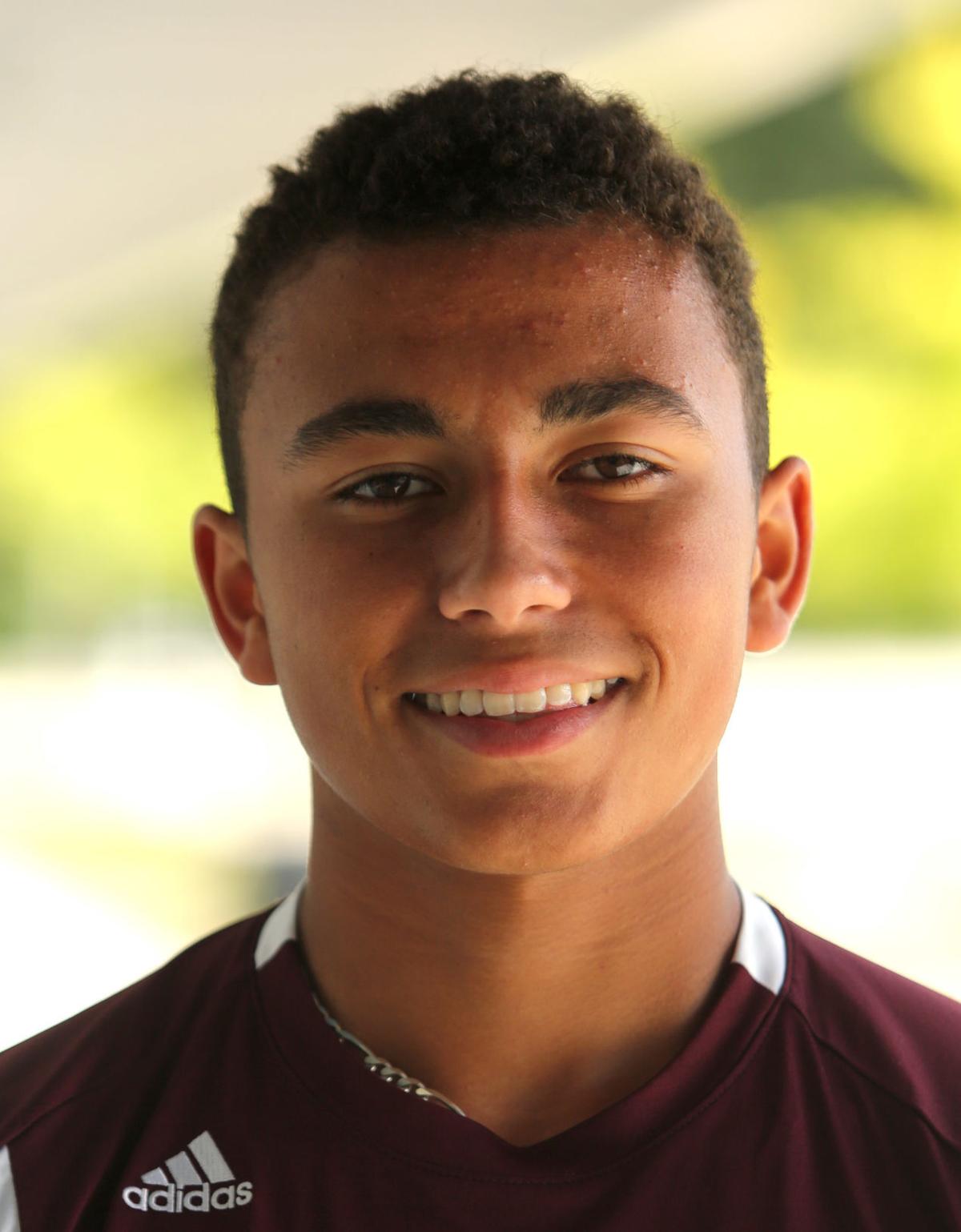 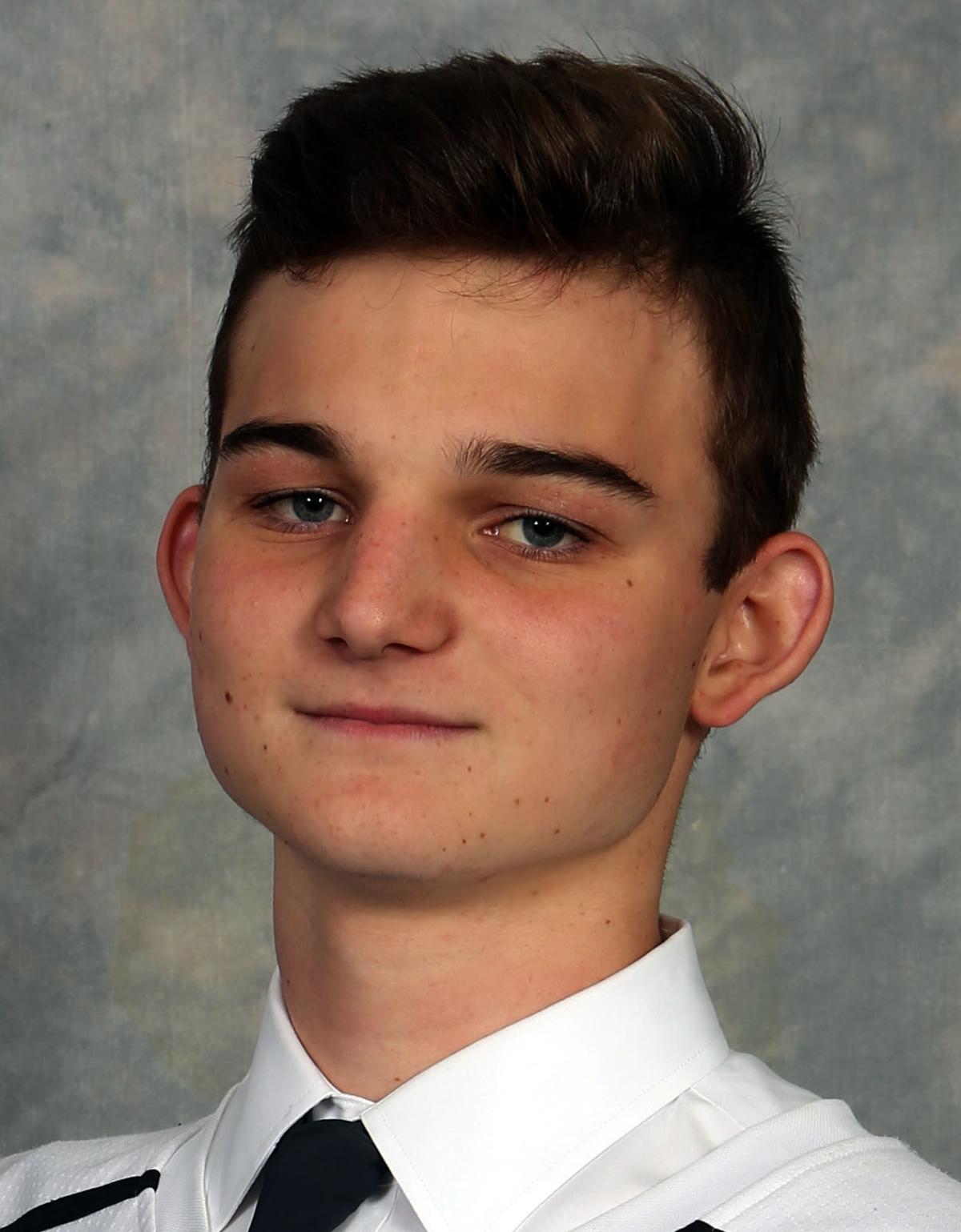 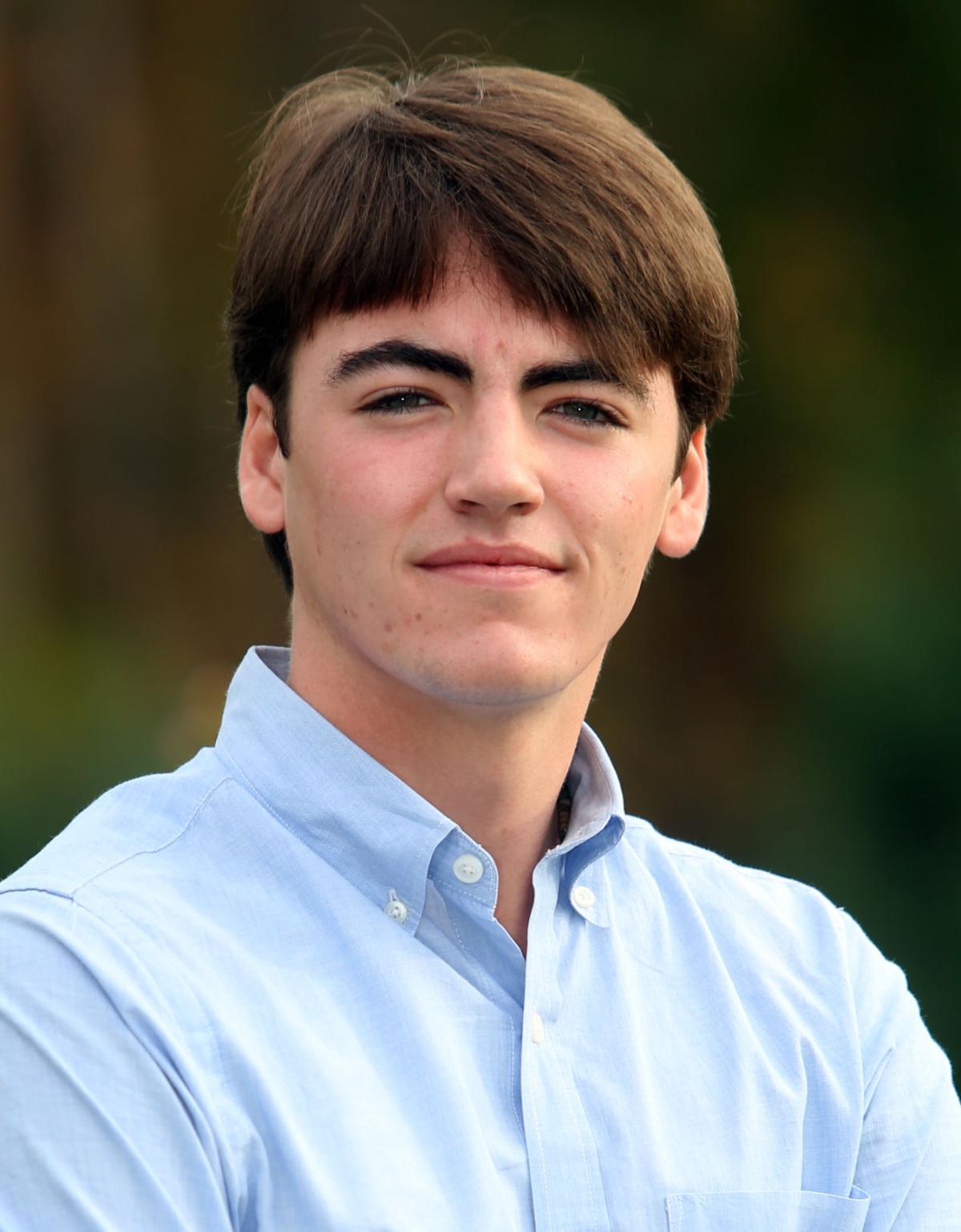 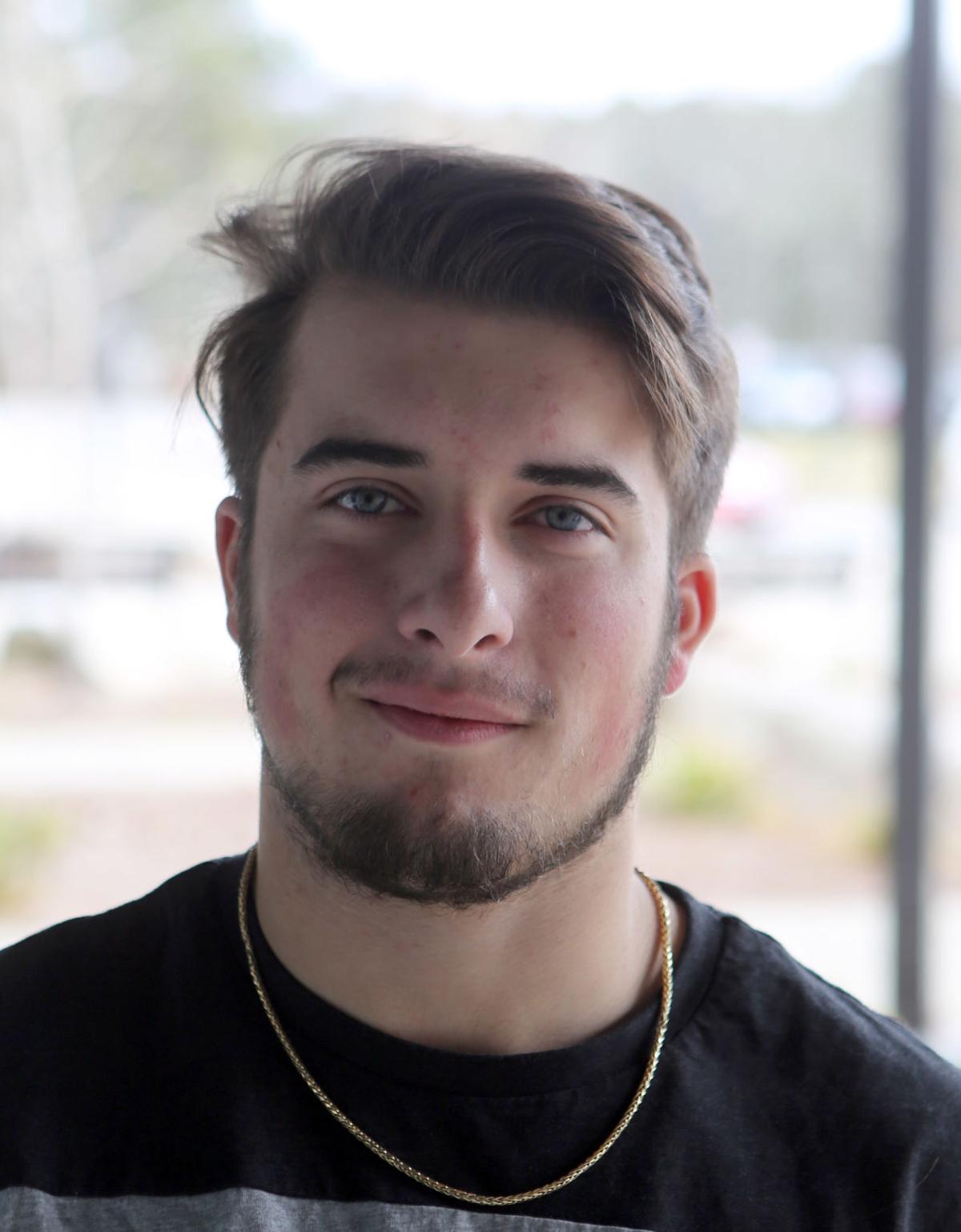 The Falmouth High School library would be packed to the windows with friends and family. The assembled athletes would don their new school colors on T-shirts, hoodies and caps. Athletic Director Kathleen Burke would introduce each student, noting some athletic accomplishments and academic achievements.

The smiles would be quite genuine for the first couple of pictures before devolving into forced ones. It would be a picture of the athlete signing a piece of paper, then a picture with coaches, then the teammates would jump in for a snap before the other friends had their turns. There would be giggles, lots of giggles.

The whole process would take close to an hour, considering the large number of athletes recognized. Once it was over, the youths playing spring sports would hustle to the locker room to get changed for practice and the others would be on to their next activity.

That’s how a typical ceremonial signing day would have gone at Falmouth High School. This year is far from typical, however. Instead of gathering on campus, the school held an online ceremony May 28, using Zoom.

With the Class of 2020 about to depart Falmouth High School, this member of the Falmouth sports community feels two things: extreme pride, and very old.

Half of those kids called me “Coach” when they were younger, and the others I’ve known since they were quite little. Several are the children of my friends. While my son is not an FHS student, he is also a member of the Class of 2020, so I have a good grasp of just how difficult this spring has been for them all.

All eight athletes will be greatly missed by their teams. Personally, I feel robbed not to have gotten to see their last hurrahs. They were robbed of that last year on the field, the final walk-off and the stroll across the graduation stage. Since that was taken away, I’d like to give you all a little bit about them.

Lucas Johnsen is headed to Framingham State University to pitch. As a junior he killed it. He was a workhorse for the Clippers, putting up a 3-0 record and a 2.50 ERA. He wants the ball in his hands.

Of all the kids on this list, I’ve known Lucas best. I had the privilege of coaching him, and watching him grow from a shy kid who was better than he thought to a college player makes me so happy, as I’m sure it does his parents, Tara and Karl. He’s a bulldog, and I’m sure that will continue.

Coleby Andrade, whom I’ve easily known the longest, is headed to Westfield University to play soccer.

I first met Coleby when his mother, Anne, brought him to the field in a stroller, and his father, Bill, coached the Falmouth boys’ soccer team. I watched him grow up as a person and as a soccer player.

There’s no doubt that Westfield State University is going to like the player they’ve gotten. The community there will love the kid who is coming to town. When I picture Coleby I picture a huge smile and someone who is joyful to be on the field. I wish he’d stuck to baseball, too. He played on one of the fall ball teams I coached a long time ago, and if he wanted to be, he would have been great at that sport as well.

I can tell you a lot of things about Kayla Thomas. She might have been the best baseball player on the Falmouth 8-year old all-star team a decade ago. She’s a great soccer player. She really loves her family, and you rarely find her without her twin sister, Anya. I don’t think she’s ever liked a single photograph that I’ve taken of her, and I’ve taken a lot.

The thing I can tell you about Kayla Thomas with the most certainty is that she’s the most committed basketball player I’ve ever seen wear an FHS girls’ uniform. There’s a reason she’s one of just a handful of 1,000-point scorers the school has ever had, as well as its all-time leading scorer. It’s not because she’s the fastest or the most gifted athlete. She’s the type of kid who demands excellence and she is willing to work to get the results. I’m sure that her dad, George, will keep me updated on her progress at Springfield College, where she will take aim at all of their records for the next four years. I’m looking forward to getting the texts.

Jaiden Gaudet was robbed. He’s heading to Springfield College to play lacrosse, and he’s going to be really good there. He was robbed of dominating this year, however. More than any other kid on this list, Jaiden is the one who was going to turn heads his senior year and show what he was capable of. For the past few years he’s been a nice contributor for the Clippers, and he has torn it up on the summer scene. His senior year, though, was going to be his time to shine, and as one of the captains for the Clippers. I am confident that his 2020 stats would have been bountiful.

I’d be remiss if I did not congratulate his parents, as well. His dad, Jason, has helped his son to get to this level. I never tired of his Facebook videos of his son busting up old doors with his shooting practice. His mom, Brandy, is one of my oldest friends. We grew up in the 02536 together, and I’m very happy for my friend.

Jack Hamilton might have a screw loose. You’d have to if you willingly put yourself in harm’s way for fun by playing goaltender in lacrosse. The Springfield College-bound goalie continued a legacy of excellence at that position that goes back nearly two decades.

Jack was a captain for the lacrosse team and the boys’ ice hockey team. He also continued a family legacy. His dad, Bob, was an accomplished high school and college player who helped coach his son’s head coach, Rory Morse. His mom, Melissa, was also a great player in her day. The Hamiltons love their lax.

Jaiden and Jack’s teammate, Liam Enneguess, is headed to play at Stevenson College. Liam flew under the radar a little bit as a younger player and started to come into his own last year. The 2020 season should have been a big one for the FHS midfielder.

Liam played all over the field for the Clippers and loves the game. Like his older brother, Nolan, his work ethic has helped to get him to a high level and great things are in store for him.

Kyle Connolly could have sat out his senior year of football and still been a first ballot selection for the FHS Athletics Hall of Fame. He rushed for about 1,000 career yards—against Barnstable—as a quarterback. He is headed to Curry College, where he will continue to run over people with a huge smile on his face.

When Kyle was a little kid he had a competitive streak that was hard to match, and that has just grown over the years. His excitement to play sports is infectious. Curry might as well name him a captain now because he’s going to be one there, and he’s one of the best teammates I’ve seen in action.

Lastly, Riley Gregory is on her way to play volleyball at Framingham State University. It’s going to be really weird not seeing her at the Antonucci Field House next year because she’s seemed to live there for the last few years. She’s a four-year varsity player and holds the school record for assists. I’d swear this was her ninth year on the team.

With her dad, Rob, as an assistant coach at FHS, and her mom, Michelle as the head coach at FHS for several years, it makes sense that Riley fell in love with the game and excels at it. At Framingham State she will keep piling up assists and kills, I’m sure.

Congrats to all eight of those seniors, and all of the others who will be playing college sports as well. For those who have ended their playing careers and didn’t get to play this spring, I feel your pain. I missed seeing you all competing in maroon and white almost as much as you missed being on the field. Good luck in all you do, and stay strong. Better days lie ahead.