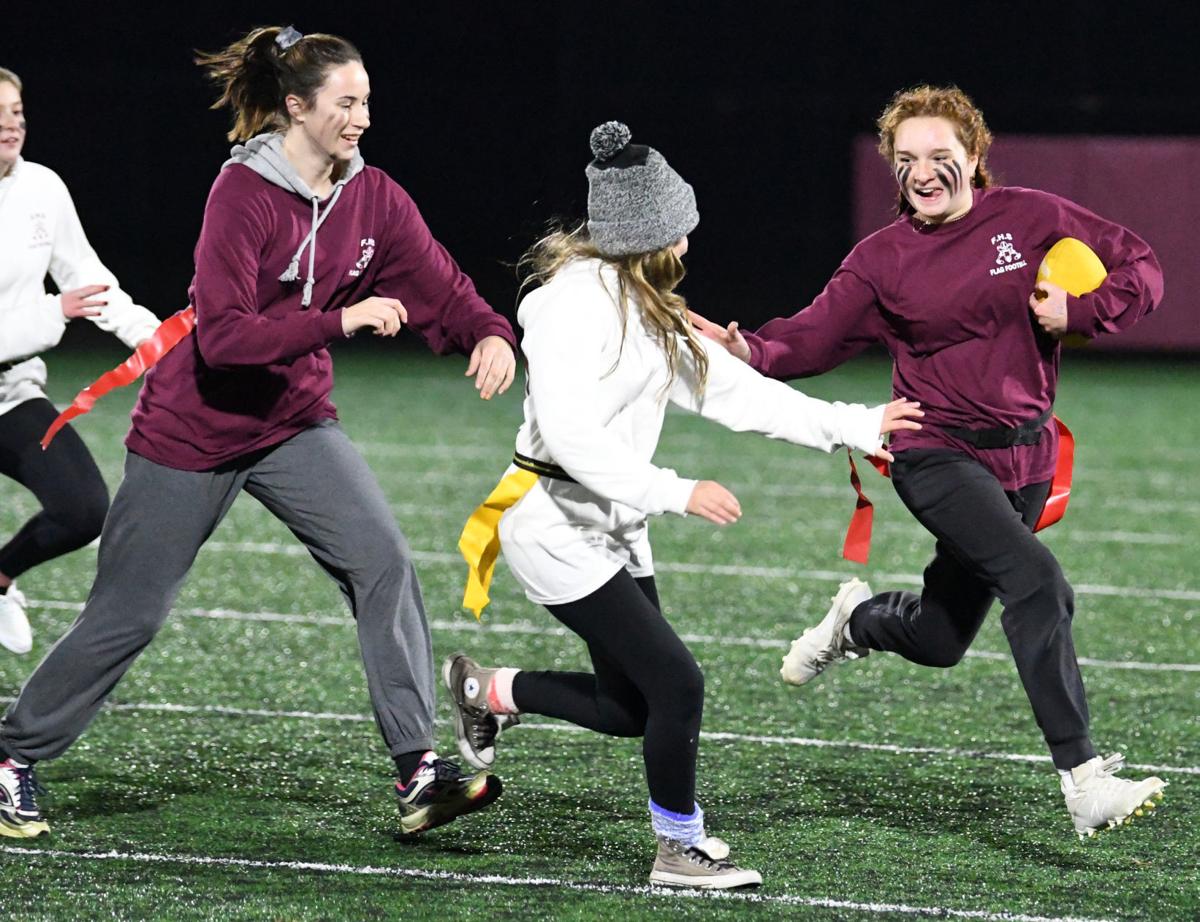 Junior Malia Jablecki ran for two touchdowns for the juniors in their upset win against the senior class on Monday night. 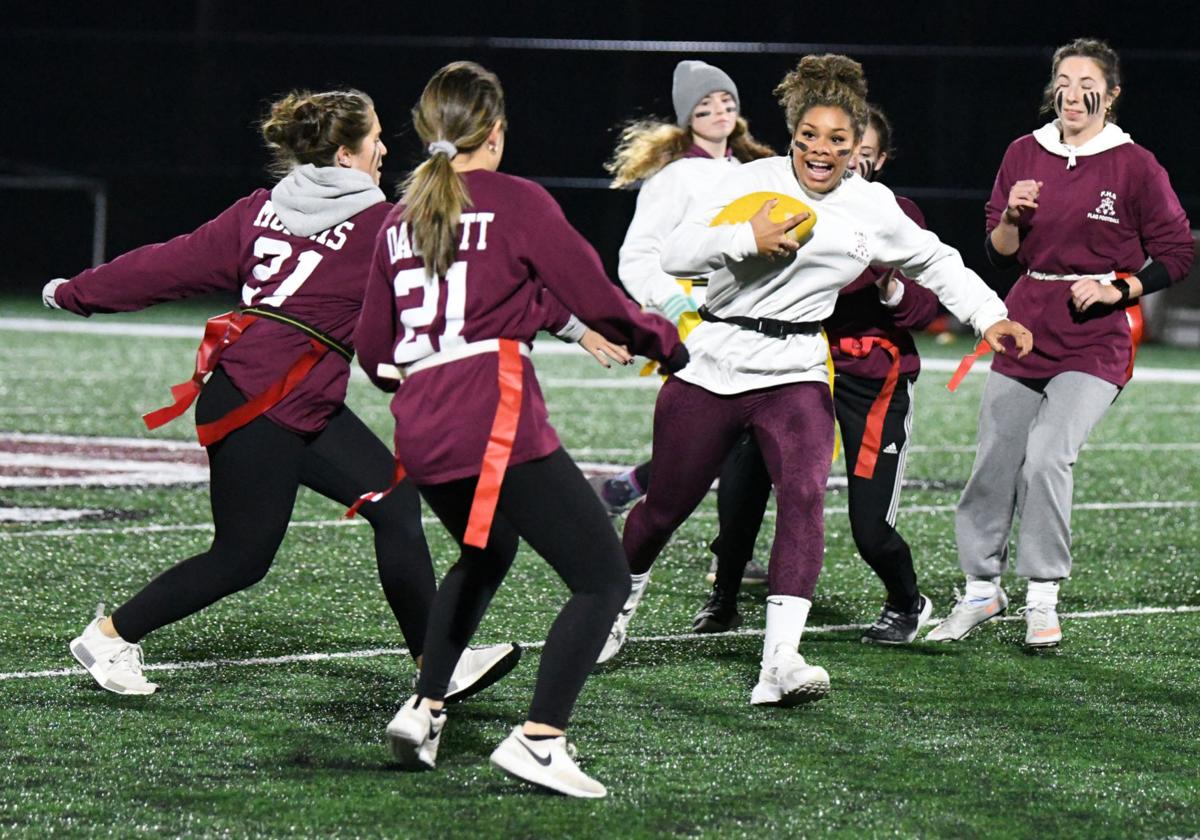 Falmouth senior Daisha Pena picks up a first down on a run against the juniors.

Traditionally the seniors are favored to win the annual girls’ football game, but no one told this year’s junior class that they were supposed to lay down and let the older kids enjoy the night.

With a lightning quick start to the game the juniors ran out to a big lead early and then held on in the second half to defeat the Class of 2020 by a score of 30-24 at the FHS All-Purpose Field. Volleyball standout Shea MacLeod was named Most Valuable Player in the game, leading the way with several big plays, including a pair of touchdowns. Ava Warner was MVP for the seniors, also scoring twice.

The juniors got each half started with a bang, putting the ball in the end zone on the opening play of each half. Malia Jablecki broke free on a pitch to the left and went 50 yards for a touchdown to give the juniors a 6-0 lead just seconds into the game.

The seniors were then stopped short on their first possession, turning it over on a fourth down run that came up short. The efficient juniors then needed just two plays to increase the lead as Jasmine Moran hit MacLeod for a 35-yard pitch-and-catch to move into the red zone, and then MacLeod took an end-around 15 yards to the goal line for a 12-0 lead with 12:40 left in the first half.

The juniors continued their strong showing defensively as Delia Martino came up with an interception the next time the seniors had the ball, but the juniors were unable to capitalize. Warner punched in a 15-yard run with just under three minutes left in the half to make it a 12-6 game, but the juniors managed the clock perfectly down the stretch to increase their lead to two touchdowns at the intermission. Moran once again hit MacLeod for a big gain that went down to the 10 and then hit a fade to the big receiver on the next play to make it 18-6 just as the halftime horn sounded.

Leading by two scores at the half, the juniors made it three just seconds into the second half. With their defense on the field, Kaleigh Roulston jumped a route and ran back a five-yard pick-six to put the juniors ahead by 18 points.

The Class of 2020, to their credit, did not go away quietly. Warner finished off a nice touchdown drive with a three-yard TD run to make it 24-12, and then, after a defensive stop, Daisha Pena punched in a quarterback keeper to make it 24-18 with 8:37 left in the contest.

The juniors were reeling a bit, but punched right back to get their two TD lead back. Moran hit Liz Rosbach for a first down on the first play of the following drive, and then Jablecki burst free for her second long TD of the day, scoring on a 40-yard sprint to make it 30-18 with 7:10 still on the clock.

The juniors appeared to put the game away with 2:10 to play with a goal line stand that left the seniors 10-yards short of the end zone. A few running plays would have ended it right there, but the juniors got a bit greedy and looked to add an exclamation point. Instead they put their lead in jeopardy as a Hail Mary on second down was intercepted by senior Cate Brodie at midfield, who ran it back 30-yards for a touchdown that made it a one-score game, 30-24, with 1:10 on the clock.

Luckily for the juniors, they had one big play left in the bag. Looking to run the clock out, Jablecki got to the edge and burst free for a 35-yard run that put the ball down on the 10 with time about to expire. The juniors ran one more play and held on for the narrow victory.