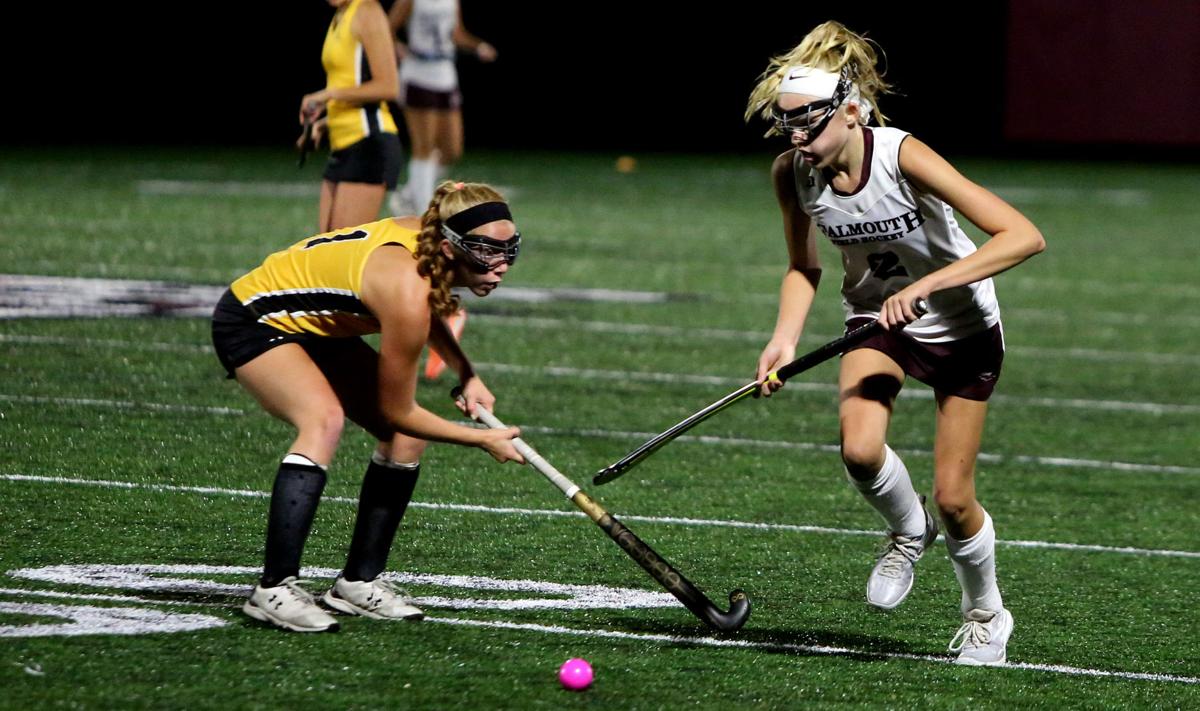 Falmouth’s Natalie Bosselman earned a spot on the Cape and Islands All-Star team. 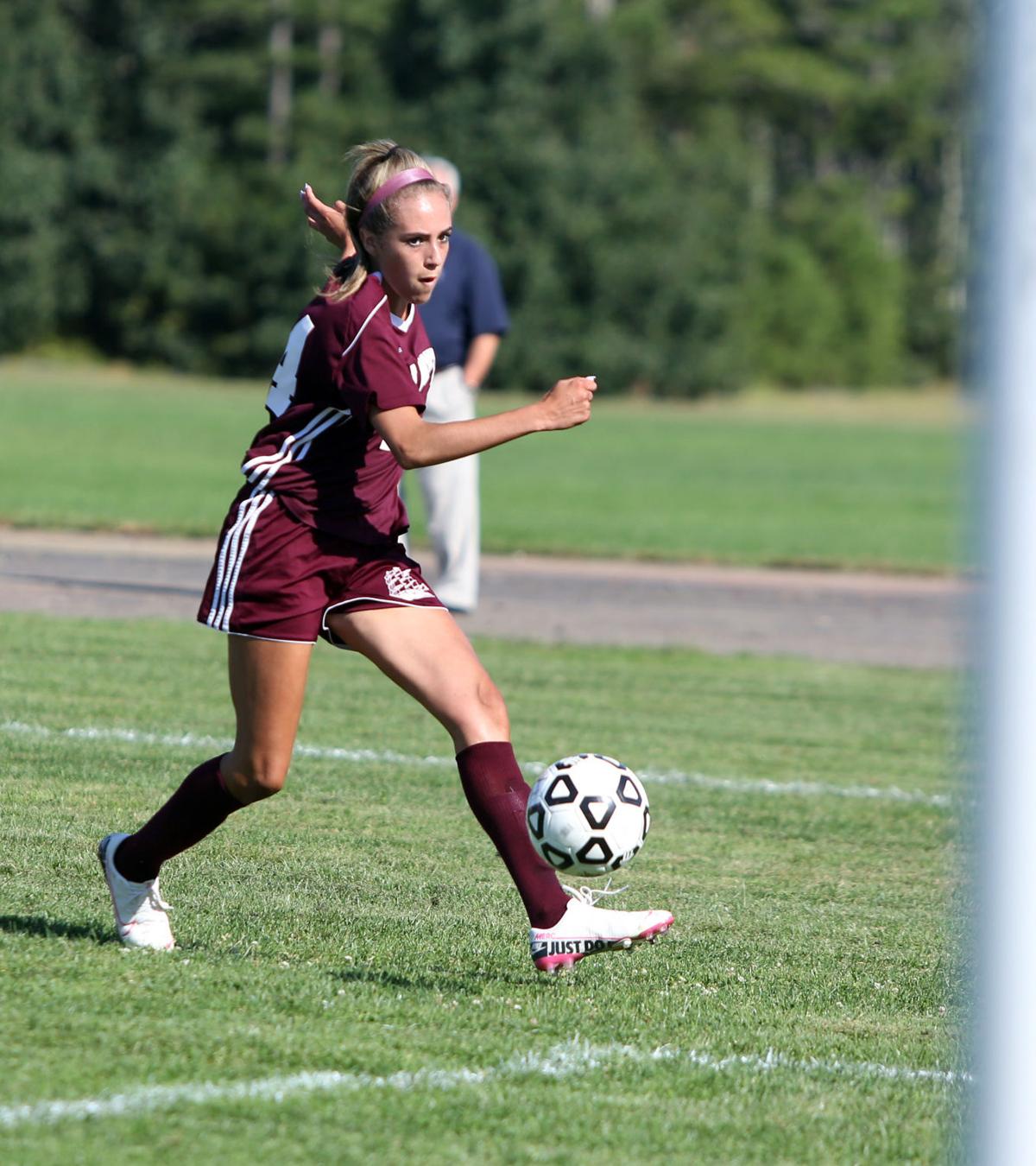 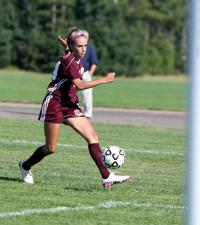 Falmouth’s Natalie Bosselman earned a spot on the Cape and Islands All-Star team.

It was not your usual 2020 fall season, but that doesn’t mean that the Clippers playing their sports weren’t giving everything they had. Playing boys’ and girls’ soccer, field hockey and cross country this past fall, Falmouth had 11 players earn All-League status in the Cape and Islands League.

The All-League competitors have several things in common, including the willingness to give a strong effort each time out, and skill levels that were earned through hard work and determination over the course of their athletic careers.

Ariana Silvia: A standout in soccer and basketball, Silvia was the top offensive player on the Clippers with four goals and two assists. She was named to the All Eastern Massachusetts team, as well. A speedy player with strong ball control, Silvia excelled despite being the focus of the opponent’s defensive game plan each game.

Jasmine Moran: Despite having her usual physical game limited by the rule set this year, Moran found a way to pot three goals for the Clippers and earn not only a league all-star spot, but also was named to the All-Eastern Massachusetts second team. A player with a diverse skill set, her ability to carry the ball through traffic and around defenders put her team in great position time and again.

Hanna Faiky: One of the calmest and most-thoughtful players for the Clippers, Faiky relentlessly patrolled the center of the field, ranging from net to net. She hounded opponents at every touch of the ball, preventing them from the important task of controlling the middle. Determined to win every ball, she played the vital role of distributing the ball to players in the attack position.

The FHS girls also saw Mia Cavossa, one of the team’s most-gifted offensive players, named as an honorable mention for the Cape and Islands All-Stars. Cavossa scored one regular-season goal and had the team’s only postseason goal. Midfielder Elizabeth Janes was honorable mention, as well. A tough and speedy player, Janes scored three goals this year. Abby Roman, one of the senior captains, earned the Sportsmanship Award for FHS.

Lucas Reis: A junior midfielder for the Clippers, Reis’s nifty footwork and hard play in the midfield were a catalyst for the Clippers throughout the season. Reis, who also plays basketball at FHS, worked hard to win 50-50 balls and played a key distribution role all over the field. His high-caliber play also earned him a spot on the All-Eastern Massachusetts team.

Eben Delinks: A senior co-captain for the Clippers, Delinks’ combination of skill and speed proved problematic for opponents over the course of his four years at Falmouth High. A midfielder and striker, Delinks pushed the tempo whenever possible and had a knack for getting past the last defender and getting to the keeper. He led the team with three goals for the season.

Katie Shanahan: One of the top all-around players in the Cape and Islands League, the sophomore dominated both ends of the field for the Clippers all season long. She excelled in possessing the ball and distributing, while also turning over the other team time and again. One of the team’s leaders, Shanahan was key all over the field.

Kyleigh Waggett: For the second year in a row the Falmouth keeper earned a spot on the Cape and Islands Atlantic Division All-Star team. Waggett had a standout season with a 1.20 goals-against average. She was the only goalie selected this year to the all-star team and was a huge reason Falmouth was able to reach the playoff finals.

Natalie Bosselman: An underrated all-around player, Bosselman got some of the credit she’s earned by being selected for the team after a standout defensive season where she made big plays all over the field. She also helped out on the offensive end, scoring twice.

Honorable Mention: Freshman Avery Johnson scored a team-high eight goals for Falmouth and showed that she’s a force for the future.

Henry Gartner: One of the fastest runners in southeastern Massachusetts, Gartner was a dominant force for FHS this year and was a favorite to win the league championship but was unable to run in the meet due to illness. Gartner’s top time of 15 minutes and 16 seconds was blazing fast and led the Cape and Islands League during the regular season.

Josephine Oberton: The best female runner on the girls’ team, Oberton led the squad consistently throughout the season. The team’s pacesetter, Oberton ran a top time of 22:33 during the season and was consistently at the top of the score sheet for the maroon and white.

No mention of FHS Golf? I know there were 2 all-stars...