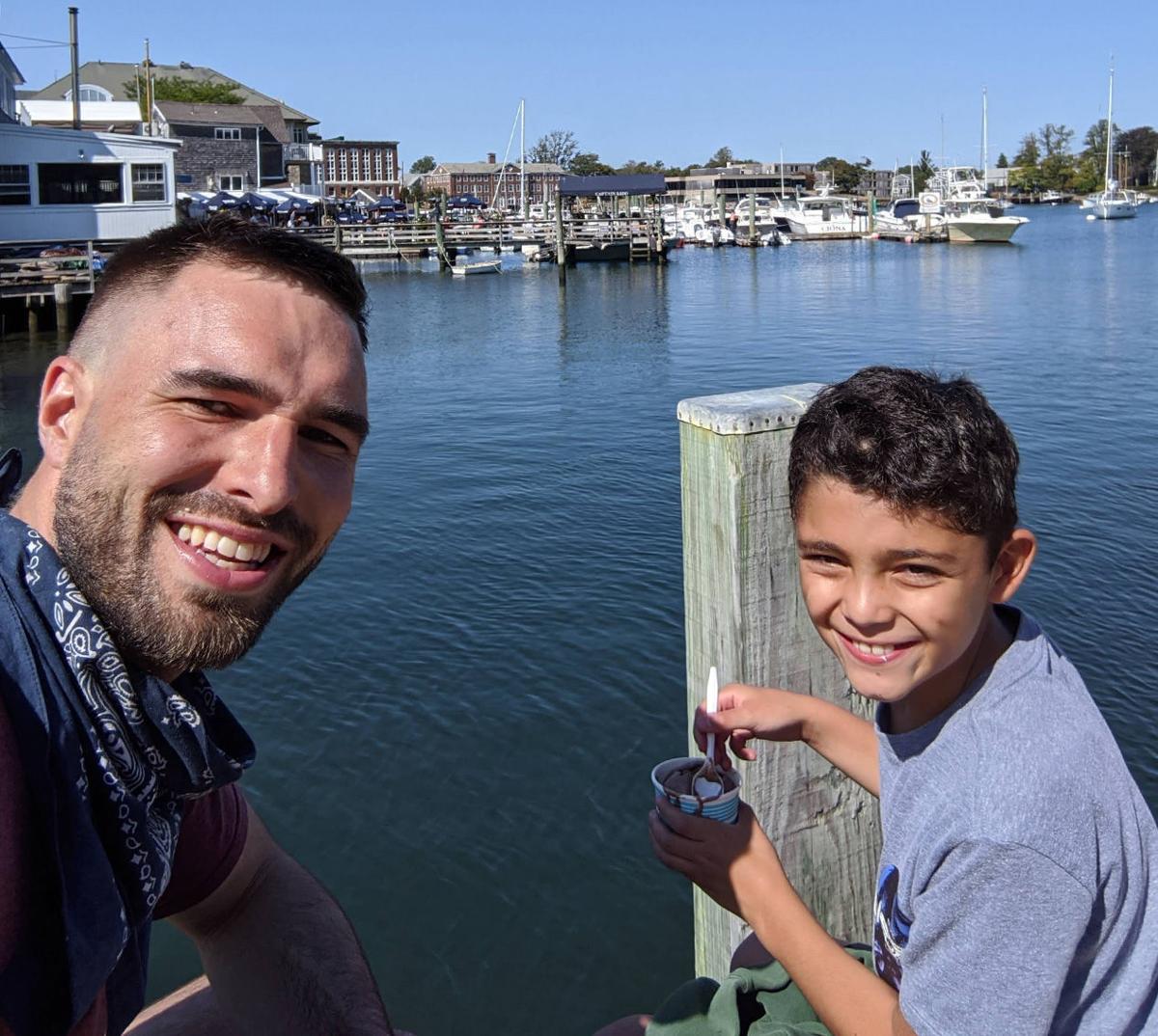 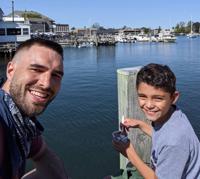 Julian (right) eats ice cream while hanging out with his Big Brother, Matt. 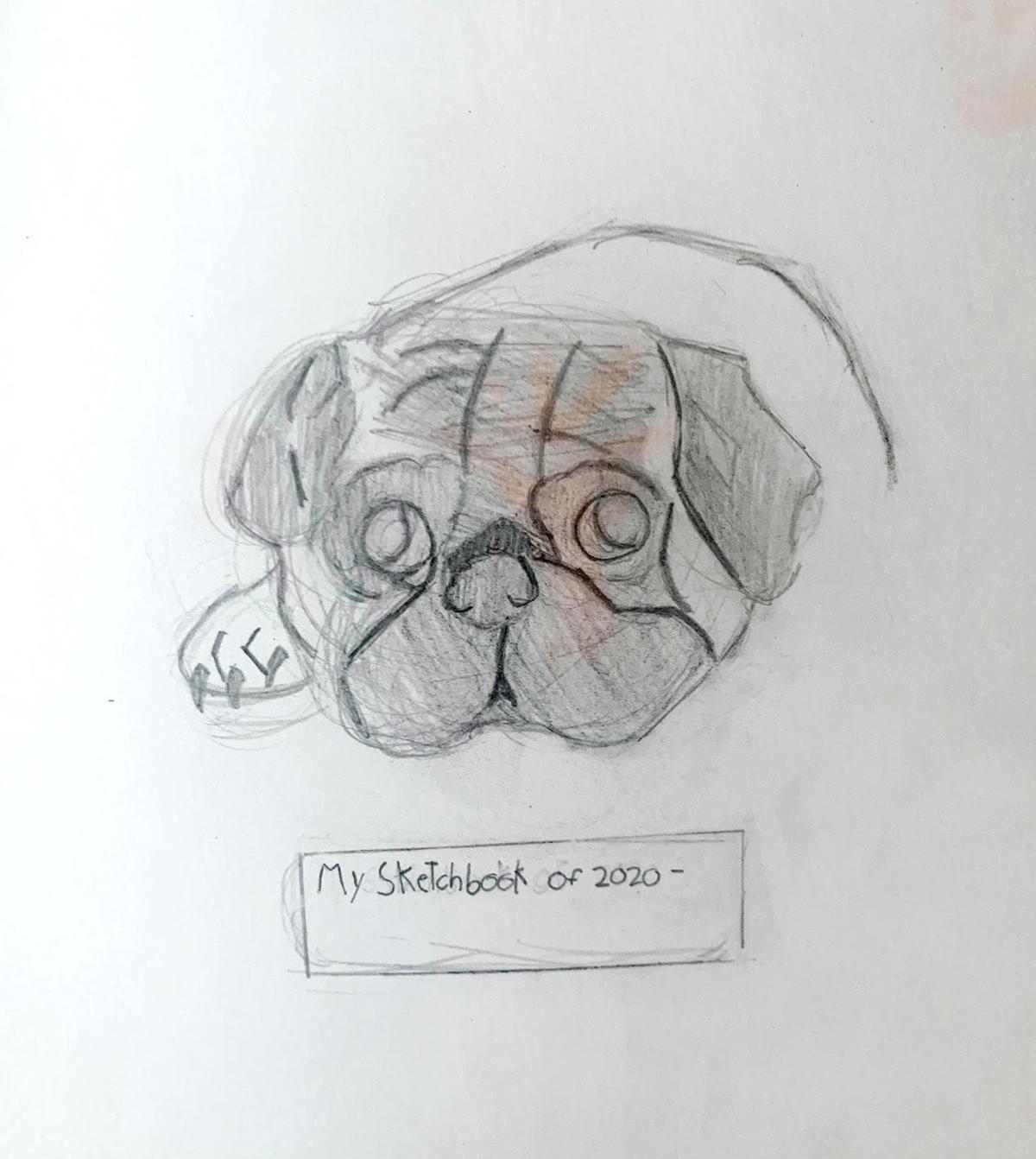 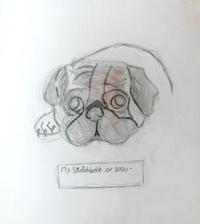 Julian’s drawing of Gus, the family dog, who is also called “Stinky.” 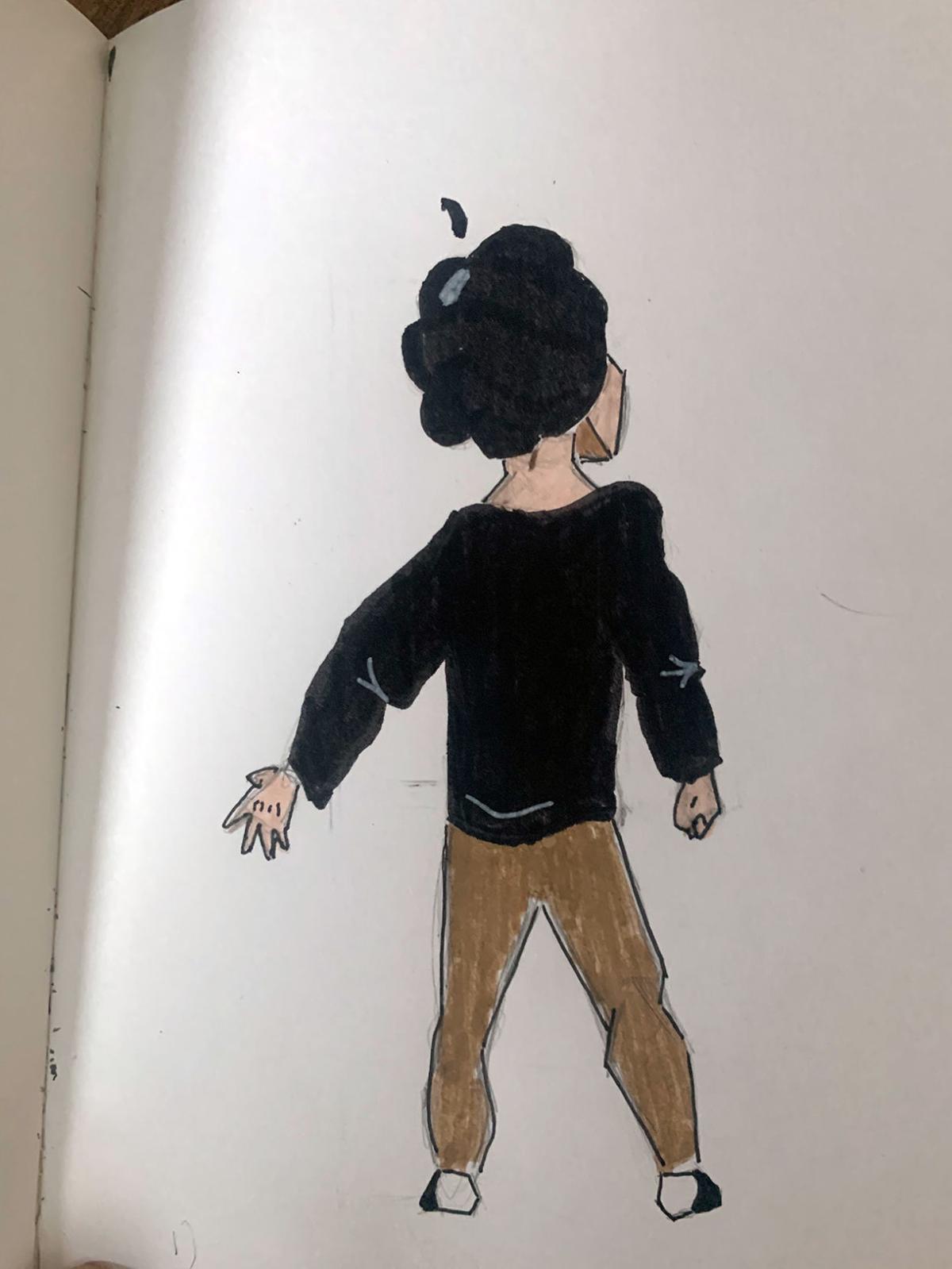 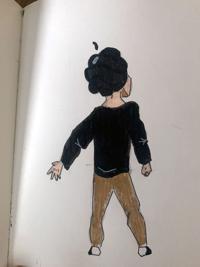 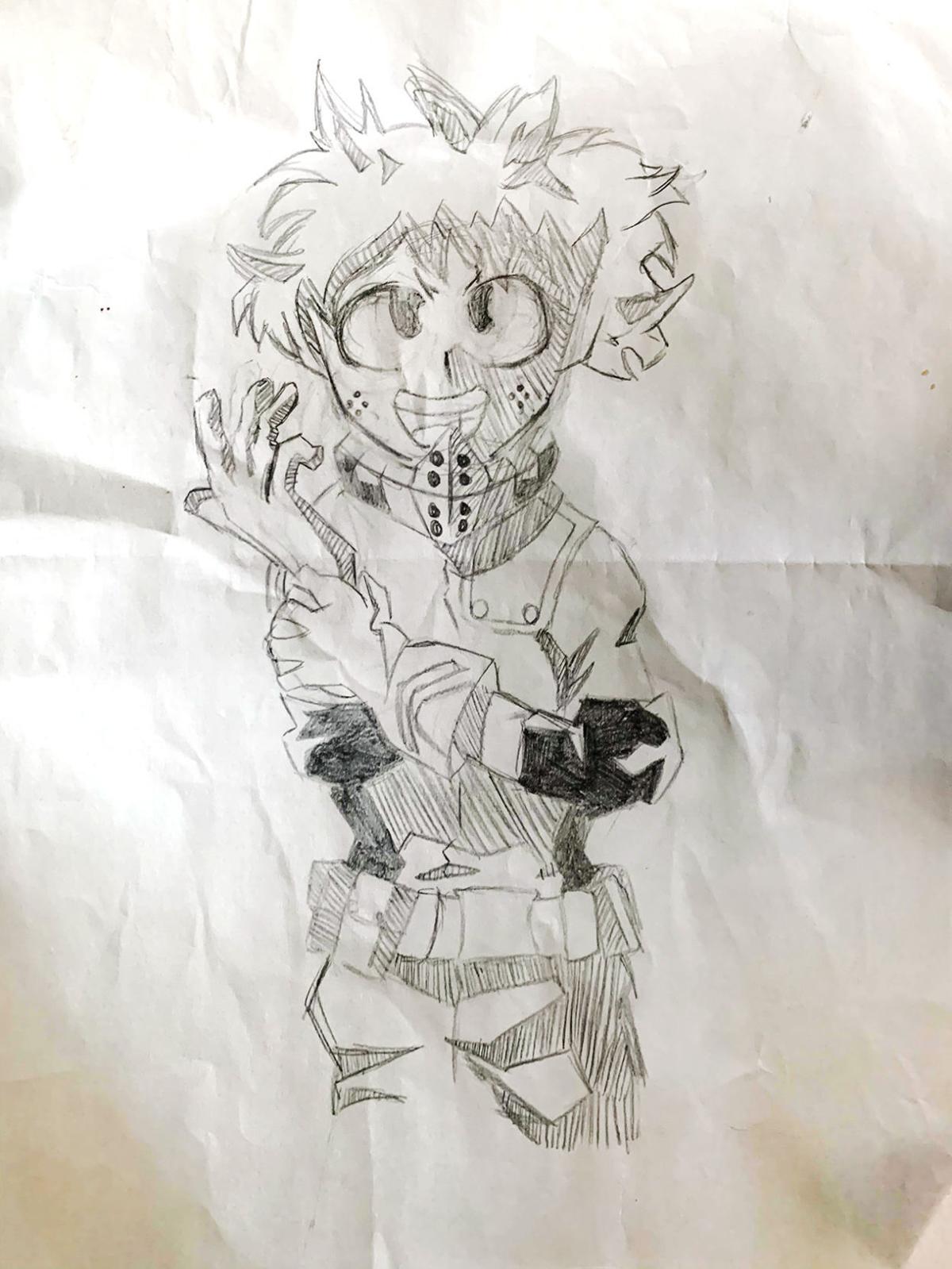 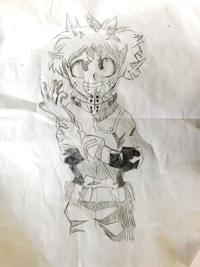 Julian (right) eats ice cream while hanging out with his Big Brother, Matt.

Julian’s drawing of Gus, the family dog, who is also called “Stinky.”

Julian DeAraujo and Matt Doelp have known each other for only about a year, but it is clear the two have already created a strong friendship.

Julian, an 11-year-old who frequently attends the Boys & Girls Club of Cape Cod in Mashpee, had nothing but positive things to say about his new friend Matt, a 28-year-old who joined Big Brothers Big Sisters of Cape Cod and the Islands as a mentor.

“At first, it was a little awkward, but then when we started to meet each other I was like, ‘This dude’s awesome,’” Julian said with a smile on his face. “We got along really quickly, and it was fun to talk about his interests and my interests.”

So, who is the better drawer?

“I think I’m the better drawer,” Julian said right away.

He runs his own YouTube channel called “Juju and Gus sketch,” where he makes time-lapse videos showing off his creations.

“When we broke out the pad and paper to start sketching that first time, I was like, ‘Oh, I got this easy. I’m going to try and show him a couple things.’ Boy, was I wrong,” Matt said. “I’ve got to start taking notes.”

For Julian, meeting Matt last June could not have come at a better time his aunt, Stephanie Alonso, said.

Julian has a complicated living situation. His mother died in fall 2019, and his father is not around. Two of Julian’s older siblings live with their father in Illinois. Julian also has a younger sister who was adopted by foster parents and who has lived with them since birth, and a half-brother who lives with his father.

Julian has lived in Mashpee with his Aunt Stephanie and her mother since he was 3 years old.

When the folks at the Boys & Girls club suggested a Big Brother for Julian, his aunt was totally on board.

“I think they know Julian is drowning in estrogen and could use a guy to hang out with sometimes,” Ms. Alonso said. “Especially with COVID, the timing of all this has been so great.”

Ms. Alonso mentioned the timing because both she and her mother were deemed essential workers when the pandemic began. Ms. Alonso is a funeral director, and her mother is an outreach specialist for the Housing Assistance Corporation. Having an extra pair of hands around to be with Julian is very helpful, she said.

For Matt, the opportunity was perfect as well. After moving to the Cape a few years ago, he was still looking for a way to get involved in the community and meet people outside his job at Applied Coastal Research and Engineering. He said he saw a flyer one day at Stop & Shop and jumped at the opportunity.

“I was trying to find some way to still act like a kid after work and kind of mess around, and this seemed like a good way to do so,” Matt said.

Even though Matt gets to act like a kid with Julian, there is plenty of responsibility that comes with being a Big Brother.

J.R. Mell, the regional director of Big Brothers Big Sisters of Cape Cod and the Islands, said the organization looks for a minimum of a one-year commitment from potential mentors applying to the program. Mr. Mell said that if a volunteer leaves or is unable to continue as a Big Brother or Big Sister before then, the volunteer is unintentionally creating more loss in the child’s life, and many children in need of a Big Brother or Big Sister have already dealt with a great deal of loss.

To become a mentor, applicants go through a “pretty extensive” process, since child safety is the program’s number-one priority, Mr. Mell said.

The process includes a CORI background check, three references and a behavior-based interview. During the interview, staff members vet the applicant to see if he or she will be a good fit for the program. In addition, it is used as a way to match a candidate’s interests with a specific child’s interests.

Once they are paired, the Big meets with the Little a few times a month for a couple hours at a time, and they go out in the community and do an activity such as a sport, a walk or a museum trip.

Big Brothers Big Sisters of Cape Cod and the Islands partners with numerous organizations to find potential opportunities to pair a Big with a child who could benefit from the program. As an organization that sees hundreds of youngsters come through its doors on a daily basis (pre-COVID), it was a no-brainer for the Boys & Girls Club of Cape Cod to partner with Big Brothers Big Sisters.

Ruth Provost, chief executive officer of Boys & Girls Club of Cape Cod, said the partnership has been great since Big Brothers Big Sisters brings in great mentors while her staff “know our kids” and are able to help facilitate a match.

That philosophy resonates with Julian.

On top of it all, Matt and Julian’s friendship is not one-sided. They each are able to gain something that they would not have without the other person.

Matt said his favorite part of spending time with Julian is “After a long day of work, just being able to hang out and forget about work and act like a kid again. We have a lot of similar interests. Not just interests I have now, but a lot of the things I was interested in when I was his age, he’s interested in, too.”

“When I go to the Boys and Girls Club, there’s a lot of kids there. I don’t have anybody personal to talk to, but with Matt I can talk to him personally. It’s nice I can have someone to talk to,” Julian said.

There are now 62 young people in need of a Big on the Cape. On the Upper Cape alone, there are 22 boys and fewer than five girls waiting for placement. Those interested in becoming a Big should email jrmell@capebigs.org for more details.