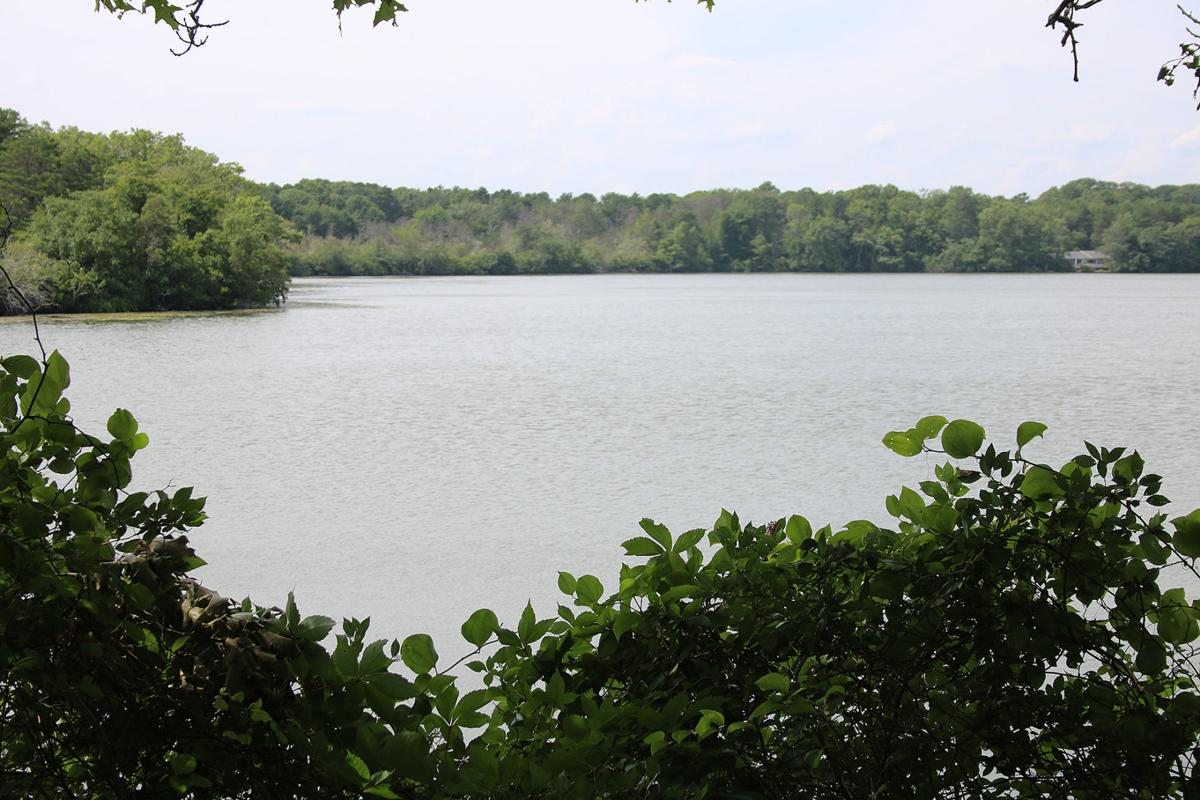 Santuit Pond has been a continuing source of concern to town officials. 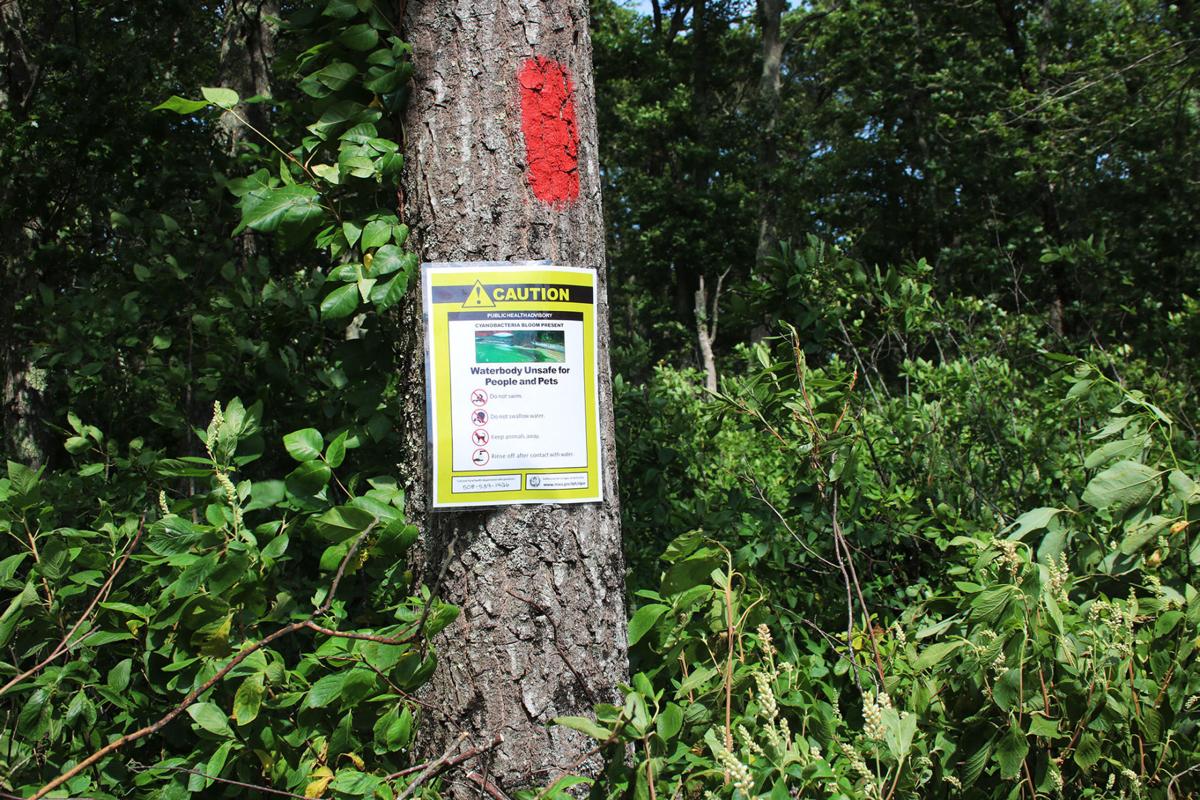 A public health advisory warning against allowing people or pets to swim in or consume the water in Santuit Pond was posted at a Santuit Pond Preserve trailhead.

Santuit Pond has been a continuing source of concern to town officials.

A public health advisory warning against allowing people or pets to swim in or consume the water in Santuit Pond was posted at a Santuit Pond Preserve trailhead.

For the fourth consecutive summer, a public health advisory has been posted at Santuit Pond warning of potentially dangerous levels of cyanobacteria, an algae that can produce harmful cyanotoxins.

The Mashpee health department posted the advisory—which warns that pets and people should not swim, consume or otherwise make contact with the water—after a visible scum of the blue-green algae was spotted on Wednesday, July 29.

Town employees spotted the scum while inspecting the Chop Chaque Bog property, which Town Meeting in June approved for purchase by the town.

“The floating scum moves with the wind, so it can appear at different areas at different times,” Health Agent Glen E. Harrington wrote in an email to staff.

However, a visible surface scum is also a threshold for an advisory, and the signs went up “out of an abundance of caution,” he said.

The toxins that cyanobacteria create can cause liver damage and have been known to kill dogs and pets.

“Hopefully, this will be short-lived, but history is against me on that one,” Mr. Harrington said.

The prevalence of cyanobacteria at Santuit Pond has been linked to an excess of nutrients in the pond from a variety of human sources including runoff from septic systems, stormwater runoff and fertilizers.

While cyanobacteria is naturally occurring in aquatic ecosystems, an excess of nutrients can fuel the growth of the algae beyond normal levels, causing the potentially dangerous blooms.

Decades of continued nutrient input has led to a buildup of nutrients in the sediment at the bottom of the pond, meaning as much as 78 percent of the nutrient problem comes from within the pond itself, according to a 2010 study commissioned by the town.

The Mashpee Wampanoag Tribe has pursued a project to dredge the sediment from the bottom of the pond with the US Army Corps of Engineers. However, the Army Corps has told the tribe that assurances the nearby area would be sewered would be required before the potential project could move forward.

Without sewering, the army corps said, continued input would just result in a nutrient buildup in the sediment again.

The Town of Mashpee has also pursued various avenues to address the issue at the pond.

Six SolarBees—solar powered machines that circulate the water at the bottom of the pond to keep the nutrients locked in the sediment—held the problem at bay for a number of years after being installed in 2011. Another SolarBee was added last year.

This past winter, residents packed the Waquoit Meeting room at Town Hall when a discussion about the cyanobacteria problem at Santuit Pond was last before the Mashpee Board of Selectmen.

During that meeting, town staff recommended purchasing Chop Chaque bog, which lies adjacent to the pond. That bog as well as another bog in the Santuit Pond preserve could be converted back into natural wetlands, which could help reduce the nutrient levels, selectmen were told.

Town Meeting approved the purchase of Chop Chaque bog, and staff from the conservation department and department of natural resources are in the process of seeing the sale through.

New Music Video From Crooked Coast Will Be Released Friday