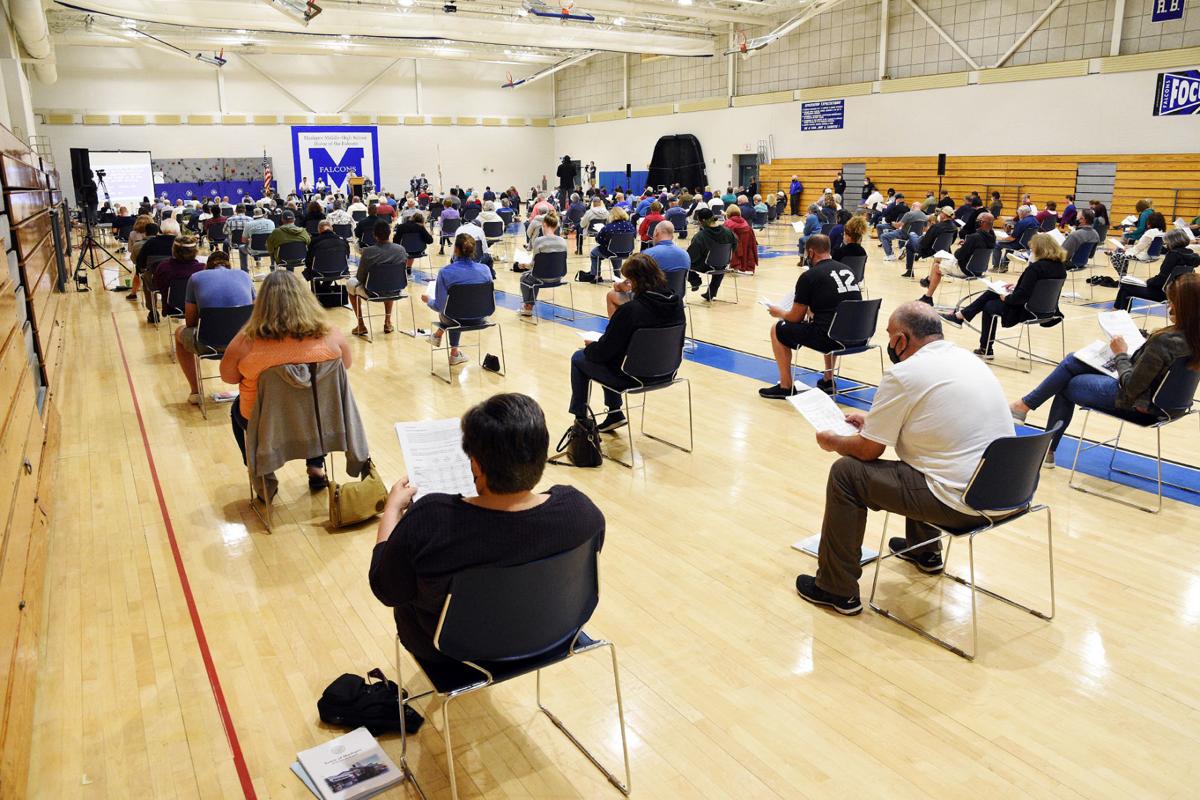 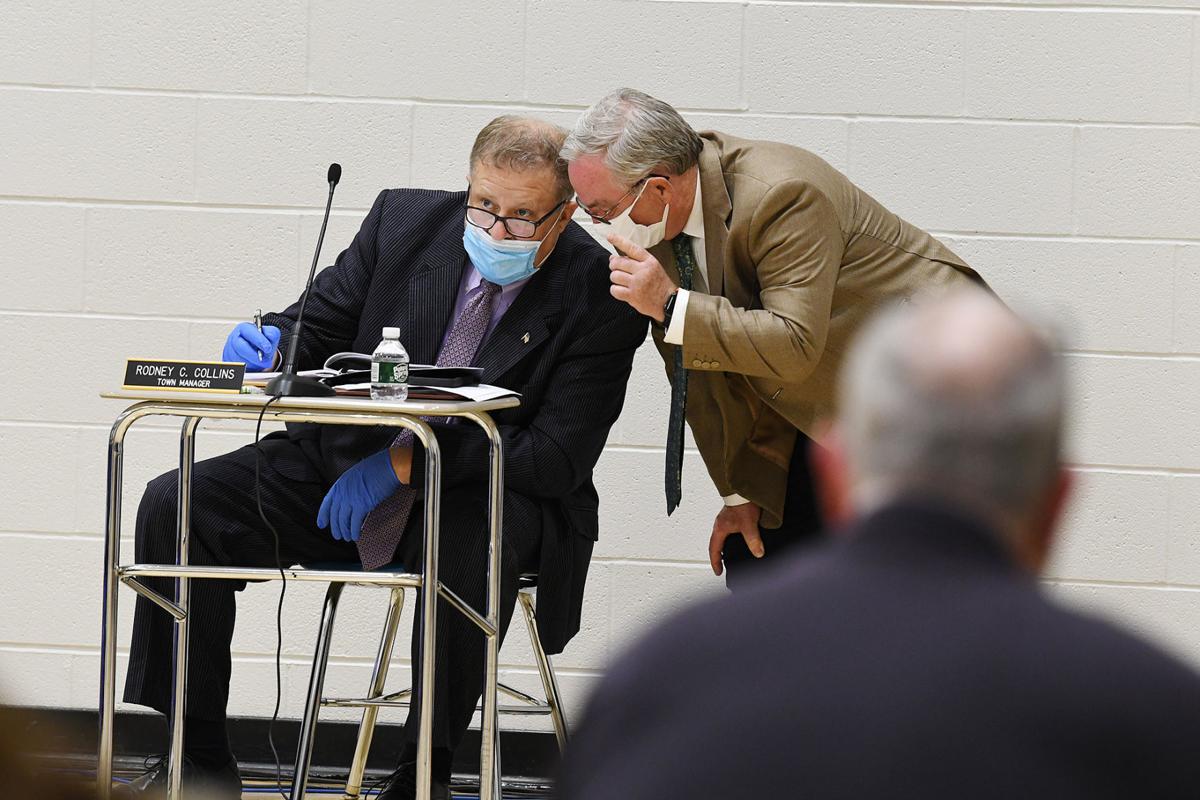 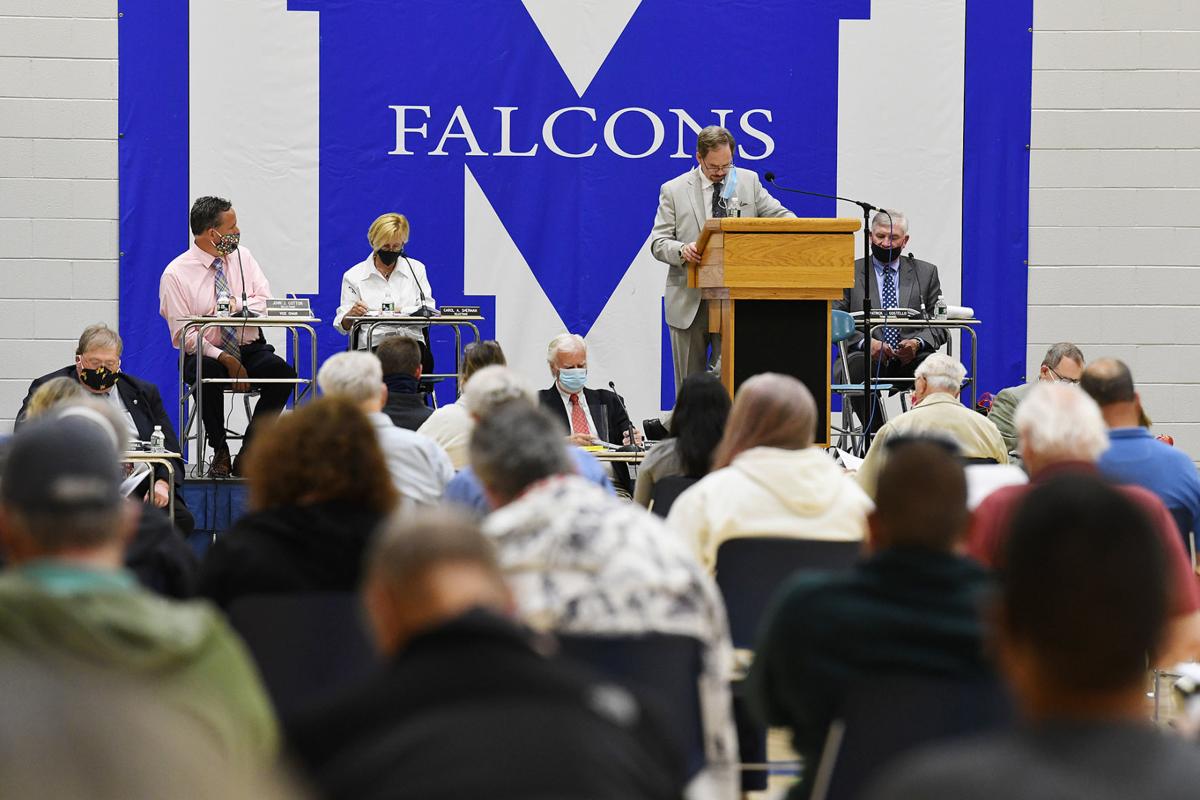 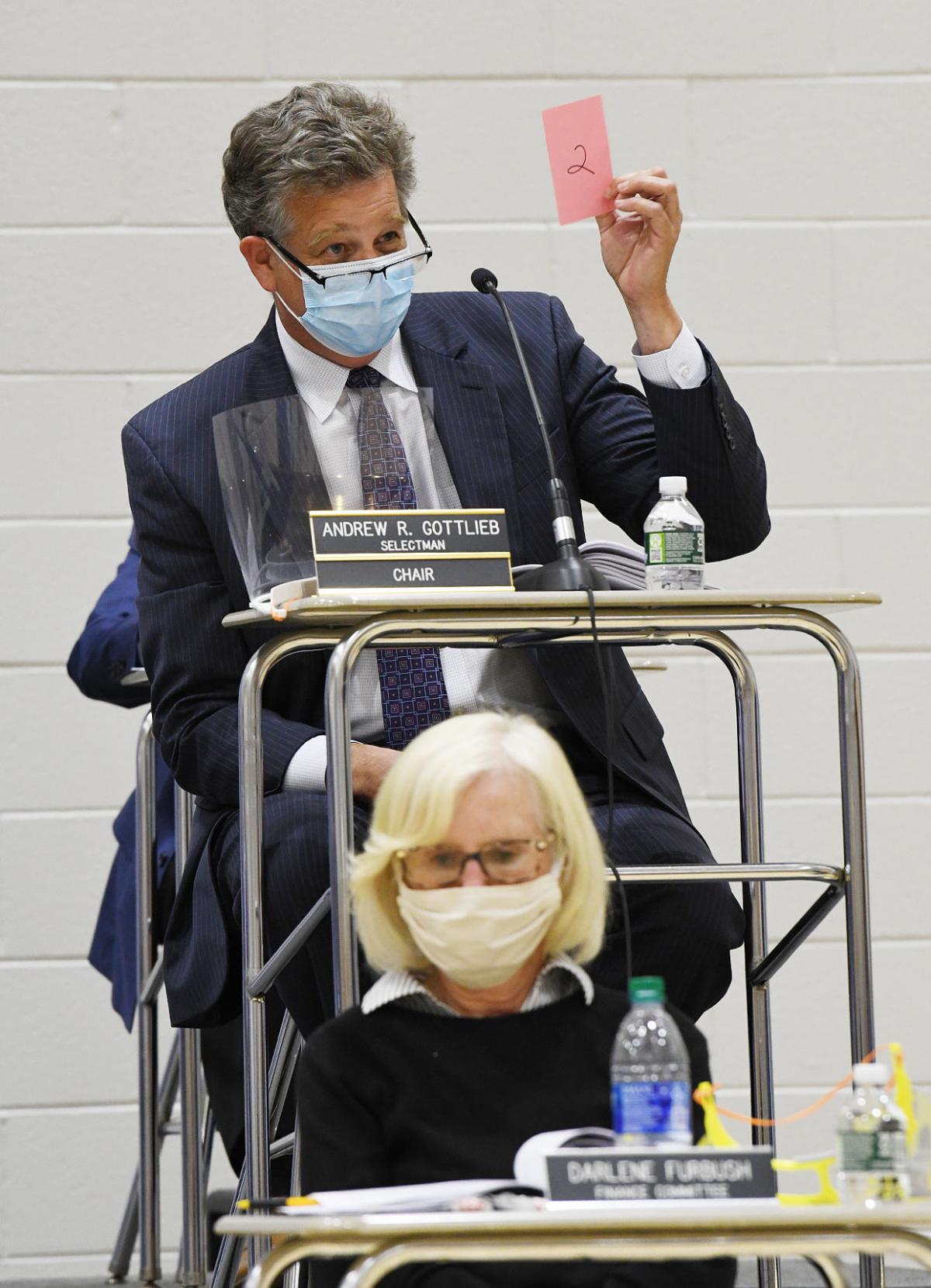 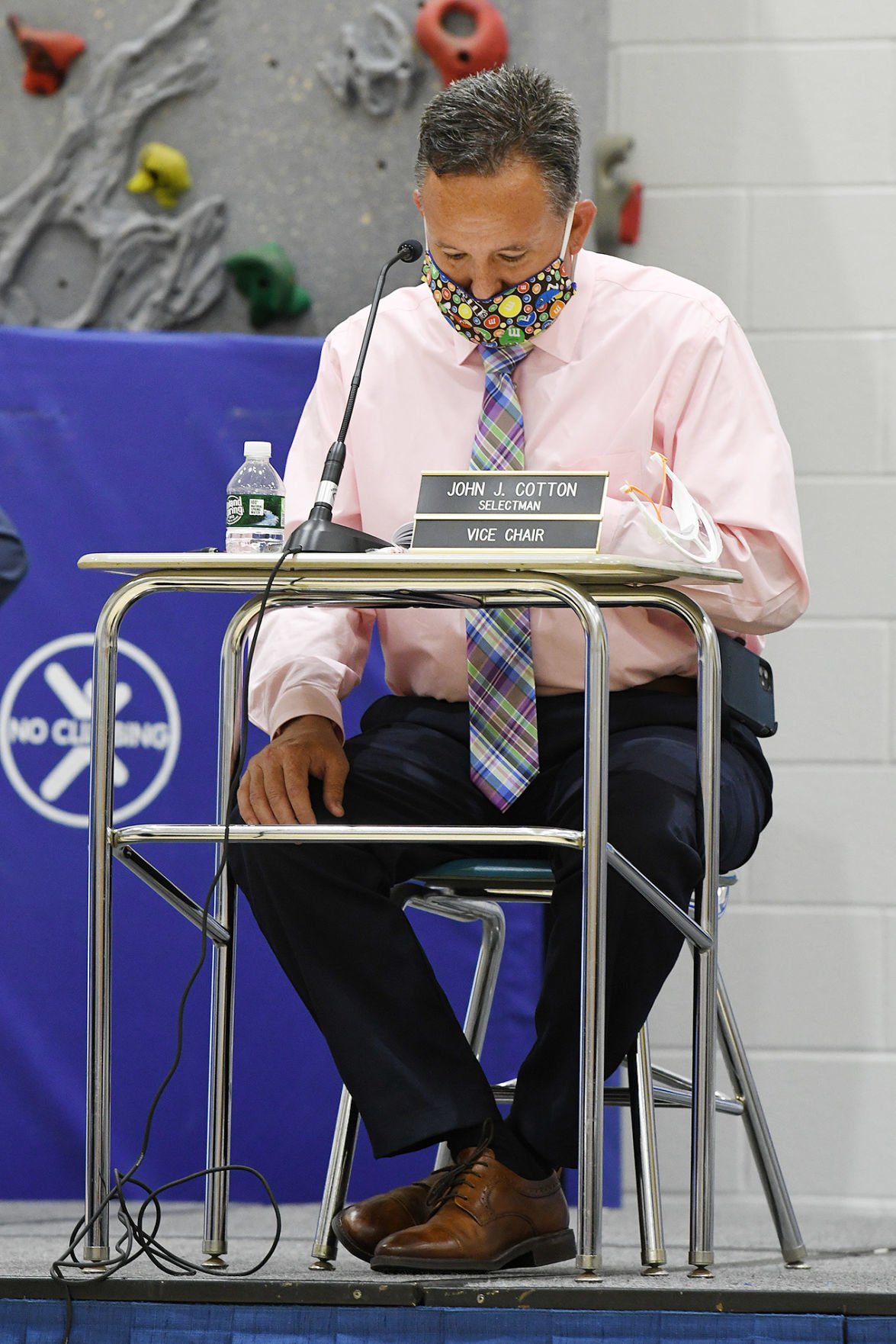 The COVID-19 pandemic complicated the process of holding Town Meeting, but after an initial postponement, the democratic gathering wrapped up with 265 voters turning out to fill the Mashpee High School gymnasium on Monday, June 15.

Masked and seated with six feet of distance between individuals, voters overflowed into the cafeteria outside the gym where an audio and video system—with a 15-second delay—relayed the events from the other room.

“I’m glad that we got it out of the way,” said Town Manager Rodney C. Collins. “I didn’t have any complaints before or after.”

Uncertainty over how the event would run lingered as late as the final hour before the scheduled start time at 7 PM. Selectmen, in a meeting with the finance committee before the start of Town Meeting, discussed whether changes to the 100-voter quorum requirement for the special warrant might be necessary to conduct all the town’s business in one night. The turnout, though, matched that of Town Meeting held last fall.

Town Clerk Deborah Dami, who helped manage the communication between the overflow room and the gymnasium, said that some frustration did occur.

“People were a little frustrated, that’s understandable. This is all new to everybody,” Ms. Dami said. “I think it was pretty successful considering all the different variables.”

She said that the audio in the overflow room was quiet and some could not hear over the sound of people continuing to check in. Once everyone settled in, though, Ms. Dami said, the volume was turned all the way up and the problems subsided.

“Those were issues that nobody could foresee,” she said. “Now we’re that much wiser.”

She said that she shared the difficulties with the town clerk in Yarmouth in hopes that the information and perspective could help another town as it heads into Town Meeting.

Mashpee Town Meeting took strides toward executing water quality goals for the town with the passage of several articles on Monday, June 15, i…