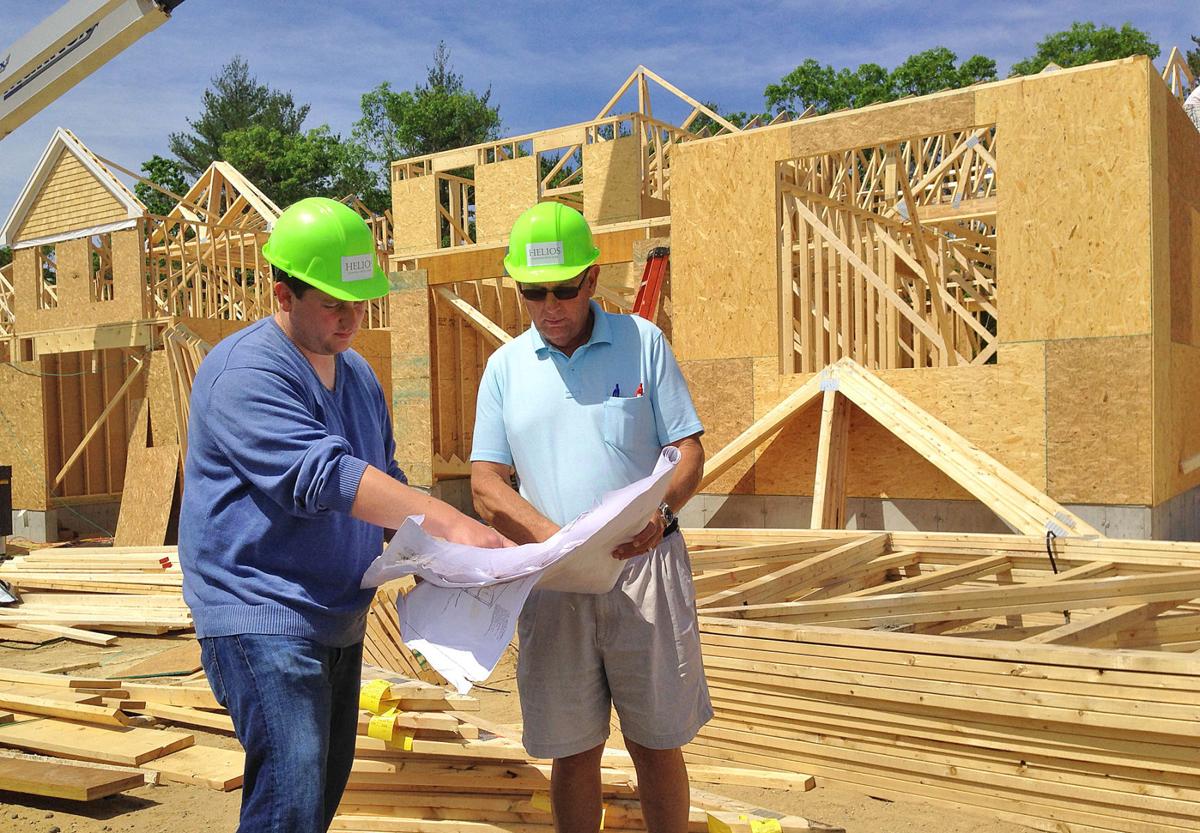 Frank Bonvie (left) and Ron Bonvie, developers and builders of Southport and principals of Bonvie Homes, survey plans while construction continues at the final section of Southport called the Peninsula. 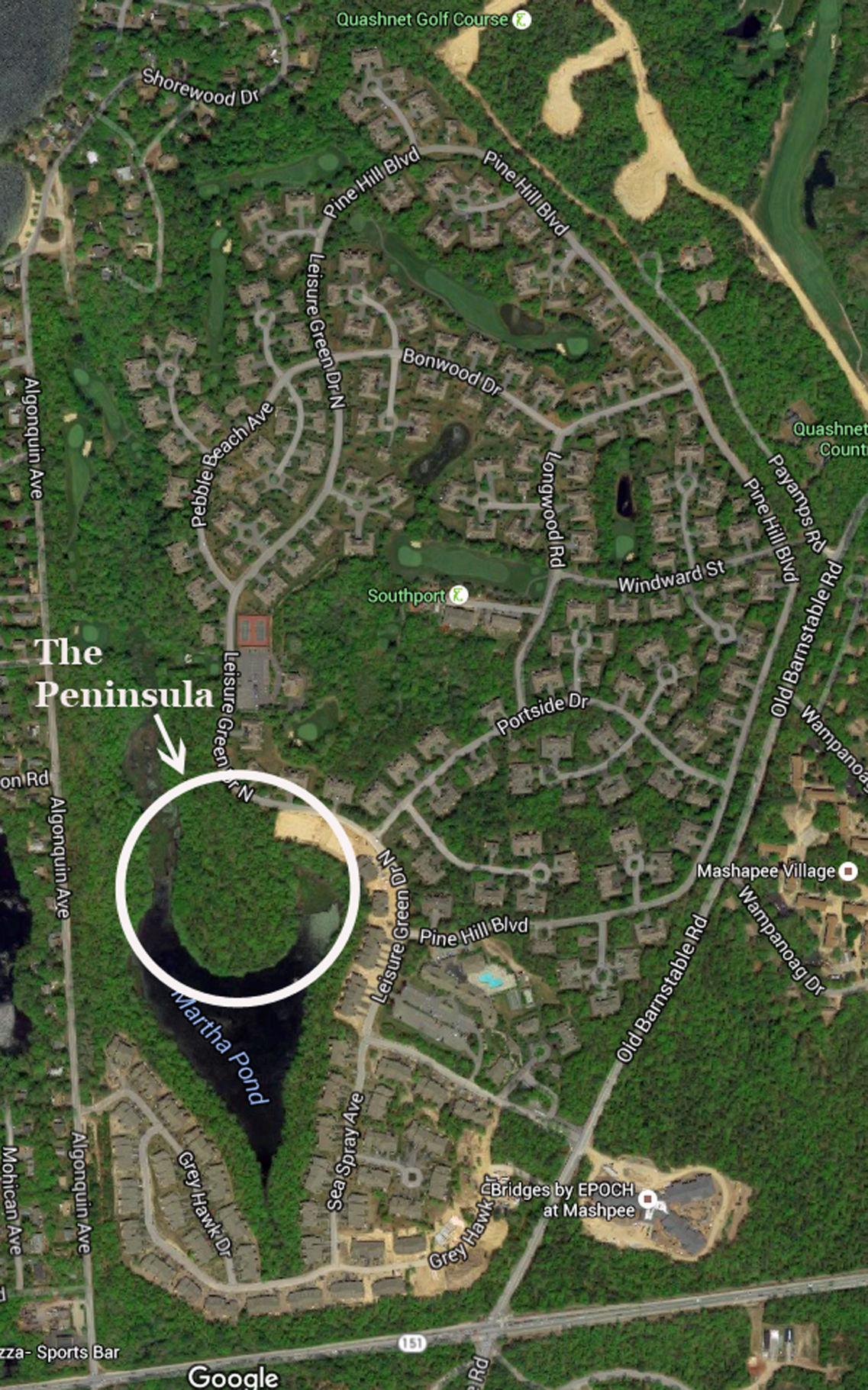 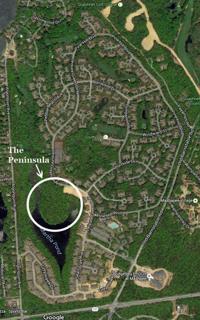 Frank Bonvie (left) and Ron Bonvie, developers and builders of Southport and principals of Bonvie Homes, survey plans while construction continues at the final section of Southport called the Peninsula.

When Ronald S. Bonvie began developing Southport in the early 1990s, he was unsure how it would be received. Retirees flocked to the active-adult communities in Florida but states in the Snow Belt were a different story.

Mr. Bonvie expects to complete the award-winning 254-acre development and sell the last remaining homes of the 750 in Southport, one of the first active-adult communities in Massachusetts, by the end of the year.

“We have saved the best for last,” Mr. Bonvie said at a recent tour. “The Peninsula is it.”

The Peninsula is a planned 24-home development in the southwest corner of Southport along the newly paved Stony Brook Drive. The development overlooks Martha’s Pond, a natural water body.

Foundations have been poured for some of the homes, while crews continue to install walls and finish homes.

Southport placed the homes in the Peninsula on sale earlier this spring and had already sold six as of last week when Mr. Bonvie provided a tour of the facility.

Between the sounds of saws, hammers, and the sight of a crane lifting the frame of a roof onto one of the new homes, Mr. Bonvie spoke of his business and latest development with pride. He is the third generation of developers after his grandfather, a boat-builder in Nova Scotia, moved to Boston where he became a carpenter.

Mr. Bonvie, who sits on the Mashpee Zoning Board of Appeals, has constructed and sold more than 2,000 homes throughout Massachusetts in his career. He has lived in Mashpee for some 25 years and his son, Frank Bonvie, will carry on the company as the fourth-generation Bonvie in the trade.

“We build probably more houses than any other developer,” Mr. Bonvie said. From start to finish, his crews can build a house in 90 to 120 days, he said. In a good year, he said that he has built, sold and drawn occupants for 100 houses.

Southport sits tucked behind a wall of vegetation at the intersection of Old Barnstable Road and Route 151. The site was originally permitted for 1,500 homes but Mr. Bonvie said that design would be too tight. He reduced the number to 750 houses to provide space for residents.

The homes are primarily single-level attached homes built in clusters of mostly quads and an occasional triplex. All homes have a master suite on the first floor, an attached garage, kitchen, and entertainment room.

The active-adult community has won several building awards over the years, including the Best Home Design in America over 1,800 square feet awarded in 2013 by National Association of Home Builders. The community has also been twice in the Top 100 Best Master-Planned Communities in the United States by Where to Retire Magazine.

Walter R. Lefavor, who recently moved to Southport, can testify to the active charm the community offers. “There’s absolutely, positively everything here,” he said. Mr. Lefavor, 79, plays golf four times a week at the nine-hole course that snakes through the community. He routinely visits the wood shop to make gifts for friends in Southport and is a fill-in for its bocce league. Southport offers three bocce courts, as well as a 400-seat ballroom, a 32,000-square-foot activities center, pools, and other activity-oriented amenities.

Mr. Lefavor said that he appreciates the tight-knit community of Southport.

He and his wife moved to Southport in October. Twenty days later, the unexpected happened: his wife died.

Coping with the death of his wife in a new place gave Mr. Lefavor some obvious concerns but his neighbors responded immediately. They came to him with warmth, even though they were strangers, Mr. Lefavor said.

Neighborhoods often have block parties. There are dances at Southport, a garden club, holiday parties and tailgating parties for Mr. Lefavor to take advantage of.

“I could not have been in a better place,” he said. “Everyone helps each other here.”

For now, Mr. Lefavor has no plans for leaving.

'Orphans At Race Point' Author Has New Novel Coming Out