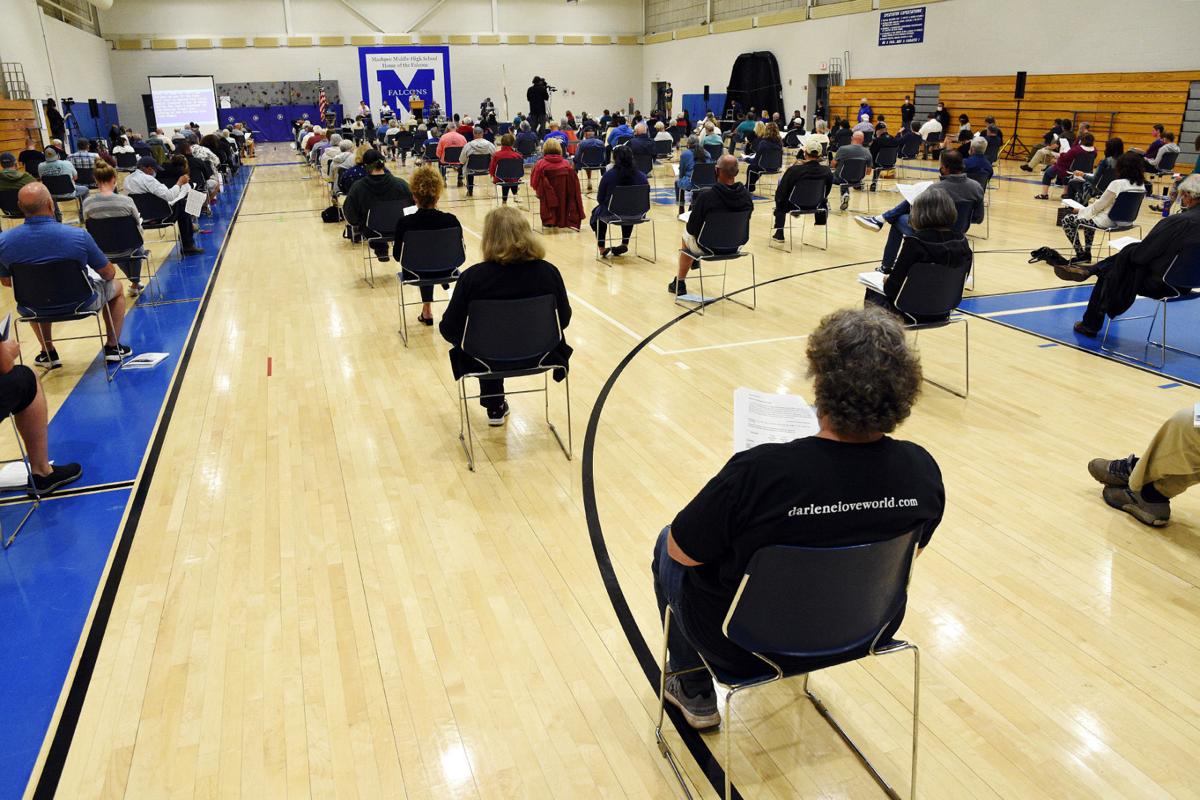 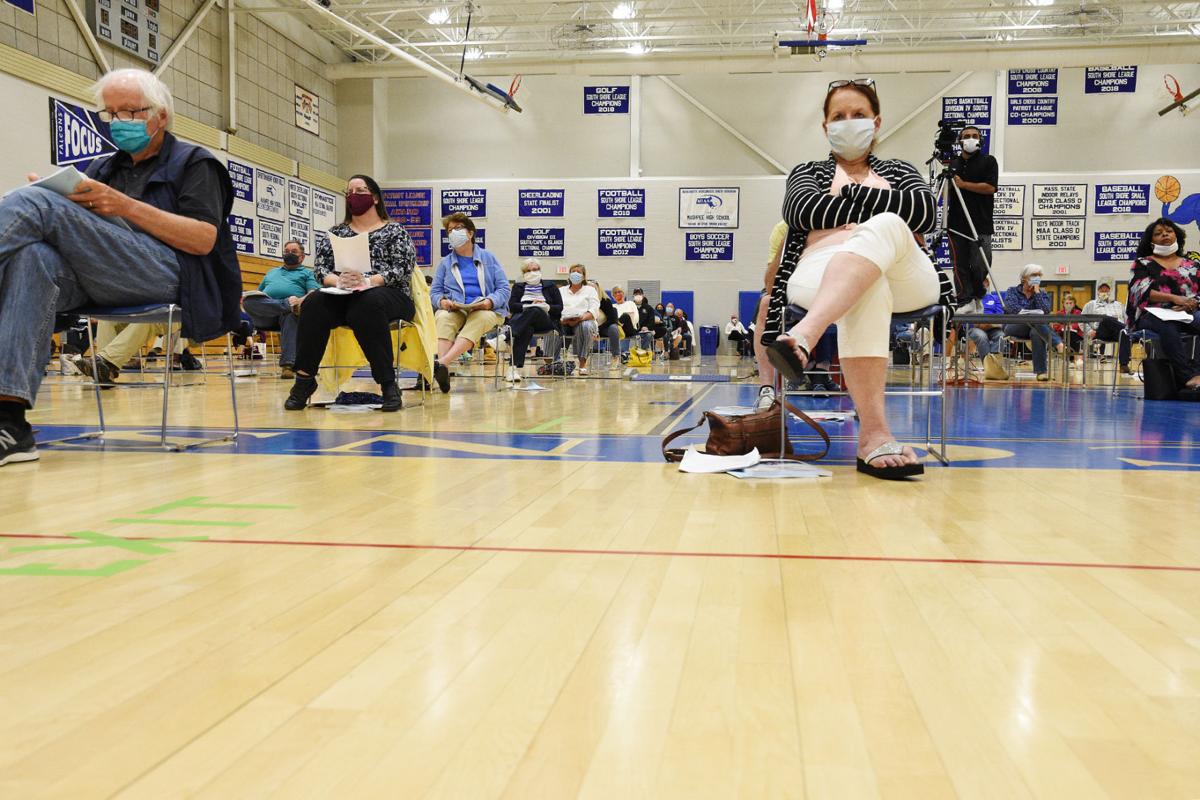 When the Town of Mashpee commences Town Meeting in the high school gymnasium Monday, October 19, some residents who might otherwise have attended will remain home due to the lingering threat of the COVID-19 pandemic.

“I’m being disenfranchised by not providing a way for me to participate in the discussion or the vote on the issues before Town Meeting,” Ms. Hecht said. “It’s really unacceptable in this day and age that the town does not have an alternative.”

Ms. Hecht is not alone. Daniel W. Kupferman and his wife Maryann Murphy also stayed home in June and will do so again in October. They too feel disenfranchised by the in-person meetings, Mr. Kupferman said.

“This is a pandemic that a lot of people are not taking as seriously as we should. We have a couple hundred thousand people dead already,” he said. “It’s still a pandemic.”

Mr. Kupferman said he felt the decision to hold the Town Meeting in-person in June was “irresponsible.”

More than 250 people attended the June meeting, filling the gymnasium and overflowing into the cafeteria. Masks and social distancing were required for the more than two-hour-long meeting.

Mr. Kupferman watched the meeting on TV from home, unable to vote.

“I understand the importance of local government,” Mr. Kupferman said.

Both Mr. Kupferman and Ms. Hecht implored the town to seek alternative ways to host Town Meeting next spring, as the pandemic appears likely to linger into next year.

“I think you have to prepare for the worst,” Mr. Kupferman said. “I think they should be preparing to sort out the technology.”

The ability to hold Town Meeting by remote means did not extend to open Town Meetings such as Mashpee’s.

“I don’t believe it is legal to have a remote type of situation,” said John J. Cotton, the chairman of the Mashpee selectmen, when asked in August how October Town Meeting will proceed. “Legality-wise it just can’t happen.”

Mr. Cotton said he felt the June Town Meeting “was conducted in the safest way possible.”

State Senator Julian A. Cyr (D-Truro) represents the Cape and Islands District, which includes Mashpee. The senator said that when the state legislature looked at how to allow towns to conduct Town Meeting amid the pandemic, he explored the idea of allowing open Town Meetings to be held virtually.

“We looked into this,” Sen. Cyr said. “My thinking here is municipalities should have as many options as possible.”

However, while setting up virtual Town Meetings is relatively simple for representative Town Meetings where Town Meeting members are predetermined, the lack of known participants in open Town Meetings makes virtual options logistically difficult, he said.

“The challenge with open Town Meeting largely is a logistics one,” Sen. Cyr said. “An open Town Meeting must be open to and accessible to all the voters of that town, so it is difficult to know who is going to participate.”

“I think the solution that towns came up with—outdoor town meetings with masks and social distancing—has worked well,” he said. “I am increasingly confident that there is little to no risk of COVID-19 spreading if people are outside, are socially distanced and are wearing their mask.”

When asked about his thoughts about Mashpee’s indoor Town Meetings, Sen. Cyr said, “I trust that towns are making decisions that work for them.”

The state senator, though, said there is room to improve how Town Meetings are being held during the pandemic, should solutions or ideas arise.

“To say this has been a difficult time is an understatement,” Sen. Cyr said. “If a town moderator or town officials have ideas as to how we can do this better, I’m all ears.”