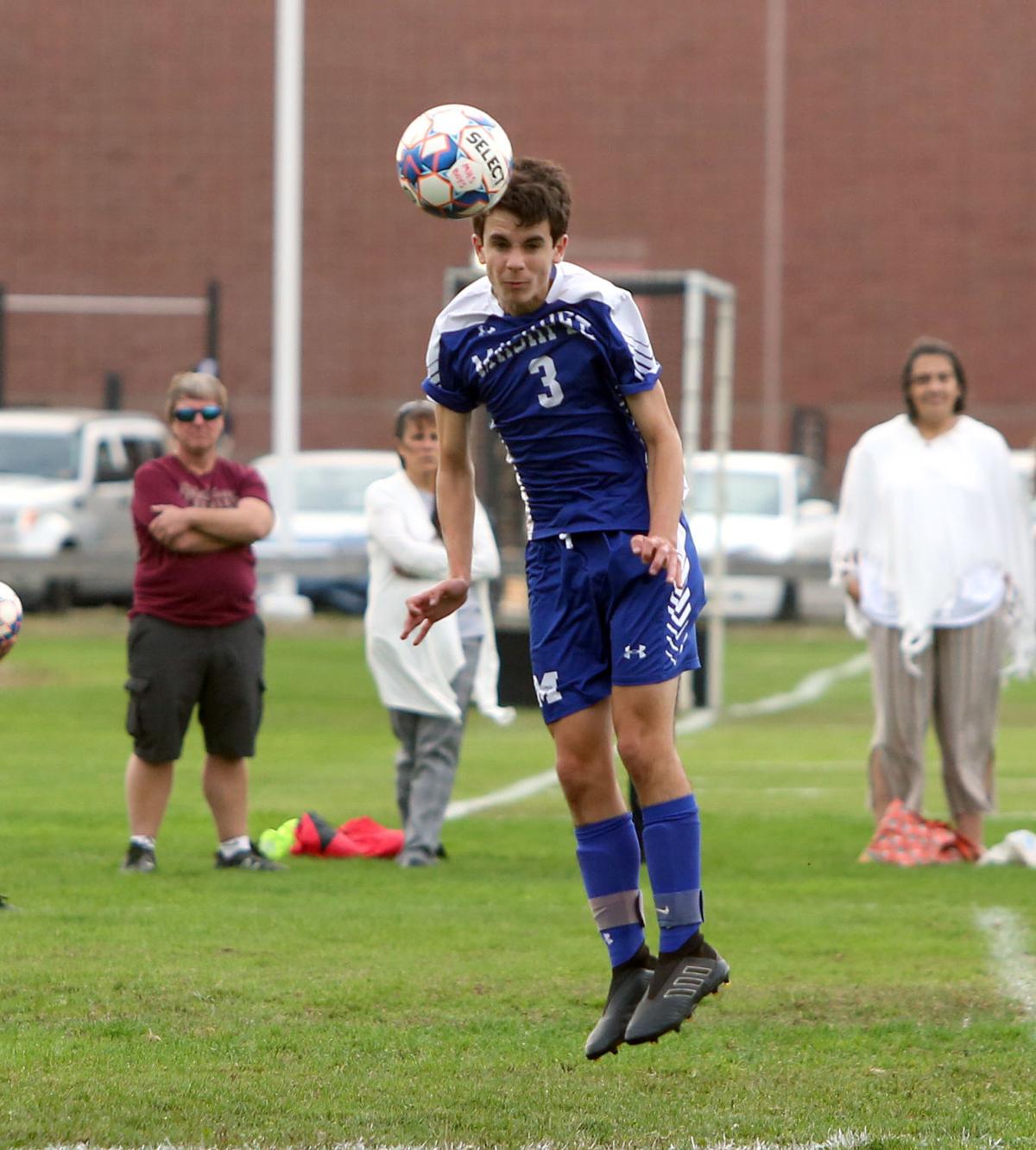 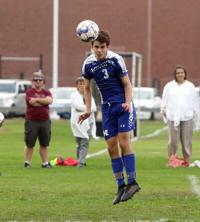 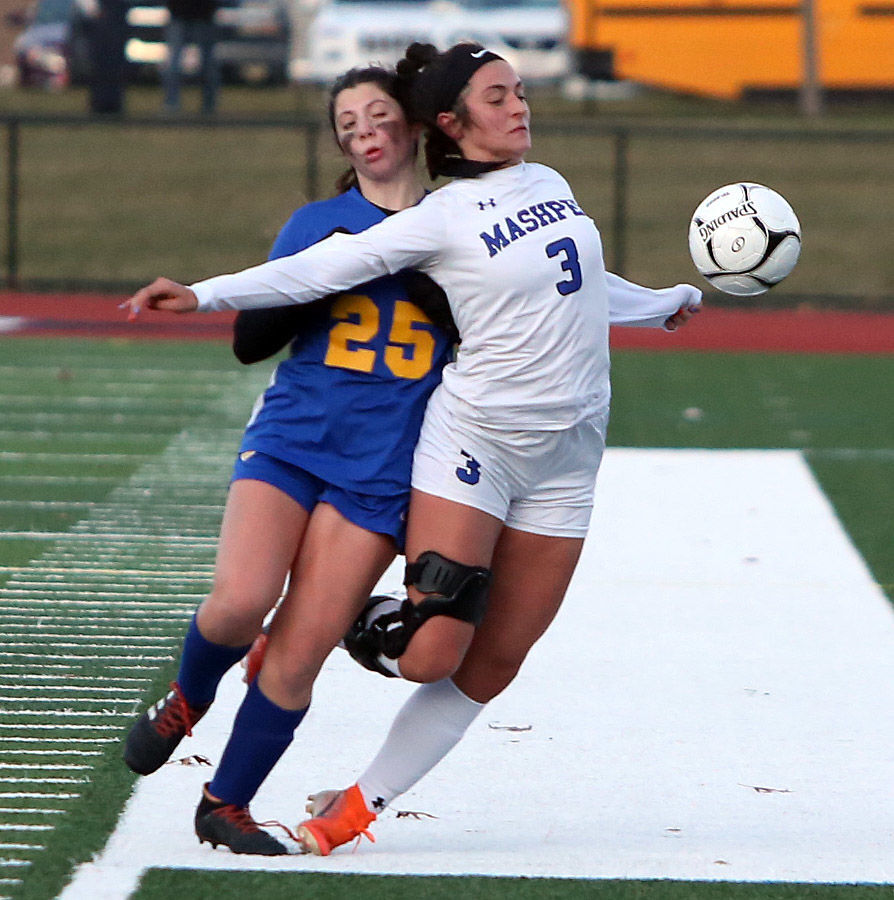 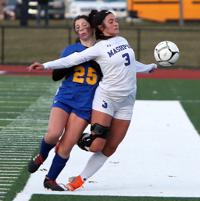 Captain Caroline Shields was one of two Mashpee girls’ soccer players to earn a spot on the South Shore League All-Star team.

Captain Caroline Shields was one of two Mashpee girls’ soccer players to earn a spot on the South Shore League All-Star team.

It was not your usual 2020 fall season, but that doesn’t mean that the Falcons playing their sports weren’t giving everything they had. Playing boys’ and girls’ soccer, and field hockey, Mashpee had seven players earn All-League status in the South Shore League.

The All-League competitors have several things in common, among them the willingness to give a strong effort each time out, and skill levels that were earned through hard work and determination over the course of their athletic careers.

Four members of the Falcons earned their way onto the All-League squad after a season that had its share of ups and downs. Mashpee won several games, then had to go into quarantine for two weeks before returning for the league playoffs, where it lost a pair of nail-biters. MHS then closed out the season by winning a huge friendly match with Falmouth to send things off on a very high note.

Gabe Palhais: A four-year varsity starter for Mashpee, co-captain Gabe Palhais will be very difficult to replace next year for coach Ed Furtek’s squad. Palhais was one of the team’s most-dynamic players, working mainly in the midfield while also getting some reps on the front line. He finished with three goals and one assist, which would have extrapolated into his most productive season as a varsity player, had the team played a full complement of games. “Gabe was our heart and soul in the midfield,” Furtek said. “He sacrificed a little bit of offense to shore things up in the midfield.”

Gabe Tellez: Another four-year varsity player, Tellez finished with one goal and two assists out of the midfield for the Falcons this past season. Also a co-captain of the team, the high energy-bringer put a stamp on the game each time out for MHS. “He’s a high motor guy in the middle of the field and an emotional leader for us on the field, and off of it. That leadership is going to be tough to replace,” Furtek said.

Ben Kennedy: Over the course of Ben Kennedy’s varsity career on the boys’ soccer team he played just about every spot on the field with the exception of goaltender. The team’s Swiss Army knife found a permanent home on the backline as a junior and this year was the anchor of the defense at center back. With teammate Willie Baker typically drawing man coverage on the other team’s biggest threat, Kennedy was responsible for making sure everything else was taken care of and he had a great season. “We really leaned on him a lot,” Furtek said. “His strong left foot on our restarts was a real weapon, too.”

Nathan Ware: Over the last two years it would be hard to pick a player on the MHS boys’ roster who showed more overall improvement than Nathan Ware. The defender, who also saw some time in the midfield, was the team’s 12th man as a junior. As a senior he ascended to a regular spot in the starting lineup and was a major overall contributor to the team’s strong play. “He barely ever came off of the field this year,” Furtek said. “He really came on the last two years.”

Caroline Shields: She finished her senior season as the definitive leader on her team. “She consistently leads by example with her work ethic, commitment to the program, resilience and optimistic attitude,” coach Julienne McCuish said. The coach called the midfielder a “powerhouse” both in the midfield and on defense, and Shields also helped with a little offense. As a junior she scored four goals for MHS. This year, during the truncated season, she finished with a goal and an assist for the Falcons. She’s headed to Nichols College to play next year. “She’ll be greatly missed,” her coach said.

Callia Eaton: Next year it is likely that Callia Eaton will take one of the captain’s torches for the Lady Falcons and run with it. A three-year starter for Mashpee, Eaton is a hard worker who brings speed and grit to the pitch. “She’s a playmaker and a game-changer,” McCuish siad. “She’s a talented player with vast game knowledge. She’s a vocal leader and powerful example with her hard work, aggression, smart passing and skilled footwork.” Eaton had a goal and an assist this past year and was lauded as the team’s Falcon Award winner.

Sydney Burke: It was a tough season for the MHS field hockey team, but Sydney Burke did her best to help the cause whenever she stepped onto the field. The senior captain “came onto the field ready to learn and play,” coach Timarie Villa said. “She’s always working hard and pushing herself and others. She’s willing to help the younger team members and even encouraged the team to watch some college play. She was motivational and a competitor.” Burke, a midfielder, assisted on a couple of goals this year.