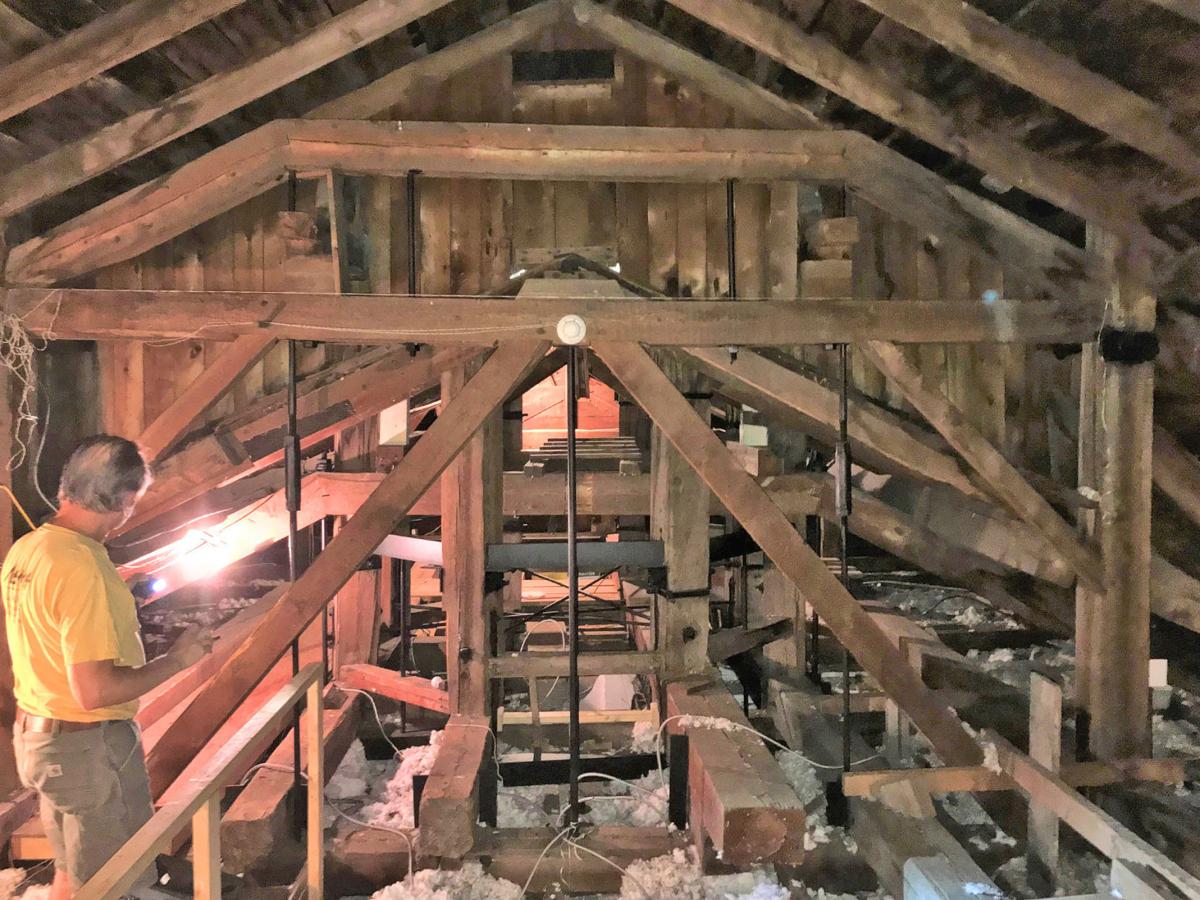 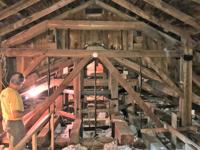 A structural engineer inspects the belfry and steeple main truss back in September. 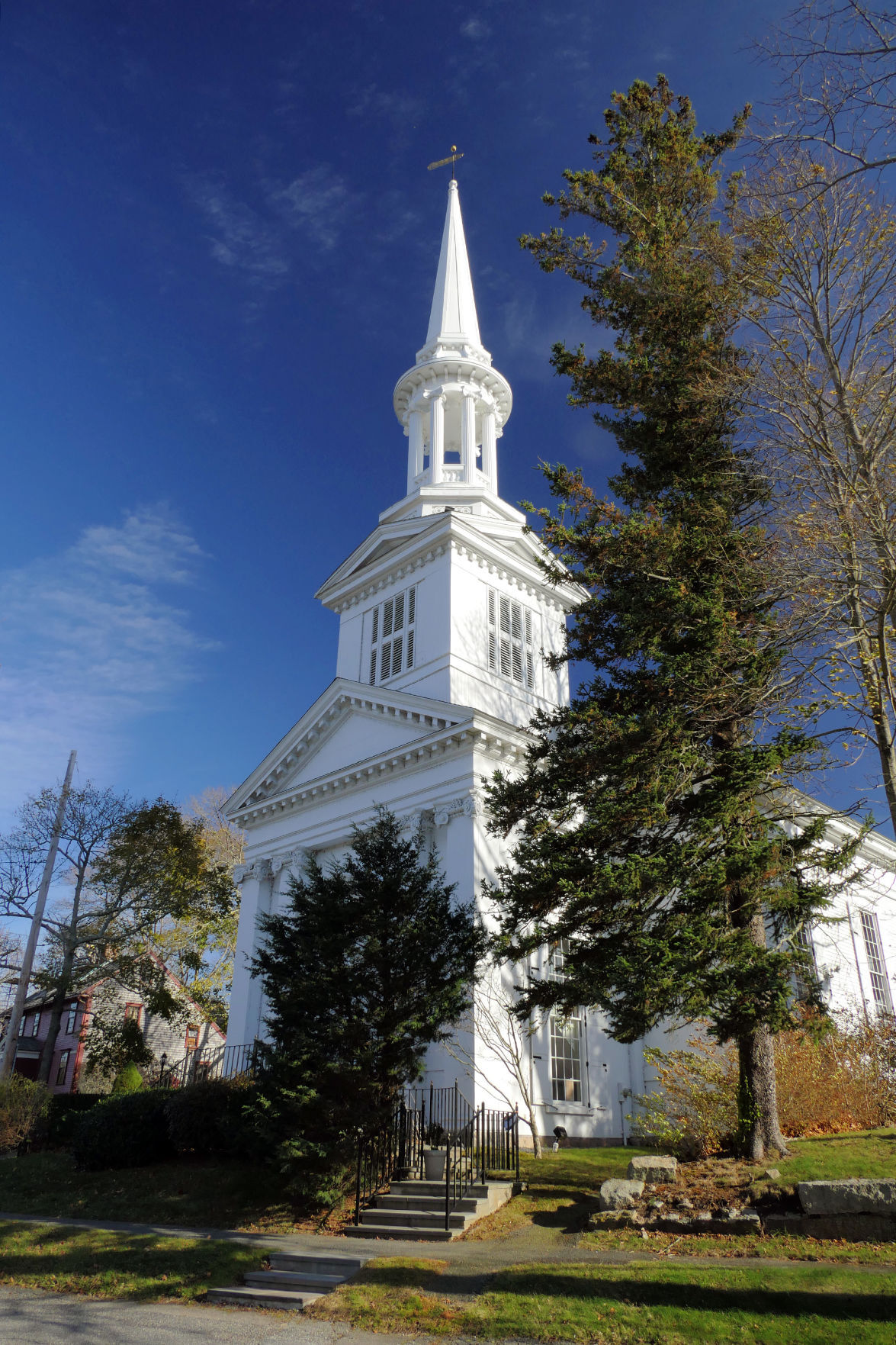 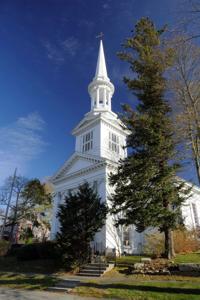 A structural engineer inspects the belfry and steeple main truss back in September.

It’s a common experience among owners of older homes—in the process of repairing one section of the house they uncover a host of other structural problems that must be addressed.

When that “house” is almost 200 years old, big enough to welcome more than 100 people at one time, and in danger of collapse, the cost of those repairs quickly escalates.

That, in a nutshell, is the dilemma First Church of Christ is facing and the congregation this week asked the town’s taxpayers for help.

The repair will be an arduous undertaking, requiring that four tons of structural steel beams be hoisted beneath the narthex and jacked into place.

“The only access for these large beams will be by creating openings in the side wall of the church just below the narthex roofline, then setting up scaffolding on the exterior and interior of the structure so the large beams can be placed on the scaffolding and rolled into the choir loft area. At a minimum two of these beams will be 3,000 pounds each,” Mr. Romanowicz said, reading from a report he prepared for the committee.

In addition, 10 feet of the the furnace chimney, the flue and the cap must be removed and replaced; and the entire exterior wooden facade of the narthex and belfry have deteriorated badly and must be replaced or repaired, Mr. Romanowicz reported.

The members of the committee did not vote on the request for funds, but they did have some comments about the project.

Richard A. Claytor said he would support the CPC giving grant money for shoring up the trusses and fixing the roof, but could not support replacing the wooden facade with specially designed PVC or polyvinyl chloride materials.

“Europe is full of churches and they struggle all the time, but they paint them...with oil products that have been around for hundreds of years,” Mr. Claytor said.

He suggested that First Church could find a paint product that would cost far less than the cost of the PVC replacement materials.

Robert E. King, committee chairman, said the church might want to offer to pay a greater percentage of the cost. Currently the church is offering to pay about 20 percent, Mr. Romanowicz said. The CPC grant money would pay the remaining 80 percent.

“That’s going to be a hurdle at Town Meeting,” Mr. King said.

Mr. Romanowicz said the church has already spent hundreds of thousands of dollars repairing the sanctuary—the original repair job that lead to the discovery of all the other problems.

Mr. King noted that the CPC had received dozens of letters of support for the church repair from parishioners and others.

Committee member Tobin C. Wirt suggested that the church look into other sources of in-kind revenue, such as the national United Church of Christ organization.

Member Daryl A. Crossman expressed concern about spending such a large amount of the diminishing community preservation funds.

Town residents in 2019 voted to establish the Water Infrastructure Investment Fund, which reduced the community preservation fund surcharge on property taxes from 3 percent to 2 percent. The money, which will accrue over time, will be used to build a treatment plant and sewer lines in the coming years.

Town Planner Leanne Drake said the community preservation fund does have enough money in the kitty to pay for the church repairs if the committee members and the townspeople agree to the request.

The committee is expected to discuss the matter again at their meeting next month.

The Sandwich Old King’s Highway Historic District Committee recently agreed in October to allow the church to replace its wooden facade with a PVC product that looks just like the wood.

The replacement materials would be used on the belfry, the narthex (the entrance to the building), the column capitals (the crowning scroll-like pieces at the top of the front columns) and the gable, the triangular area above the entranceway, Mr. Romanowicz said at the time.

The Main Street church has had to repair and repaint these parts every two or three years, which is laborious and costly, he said. Despite these efforts, water is leaking into the interior.